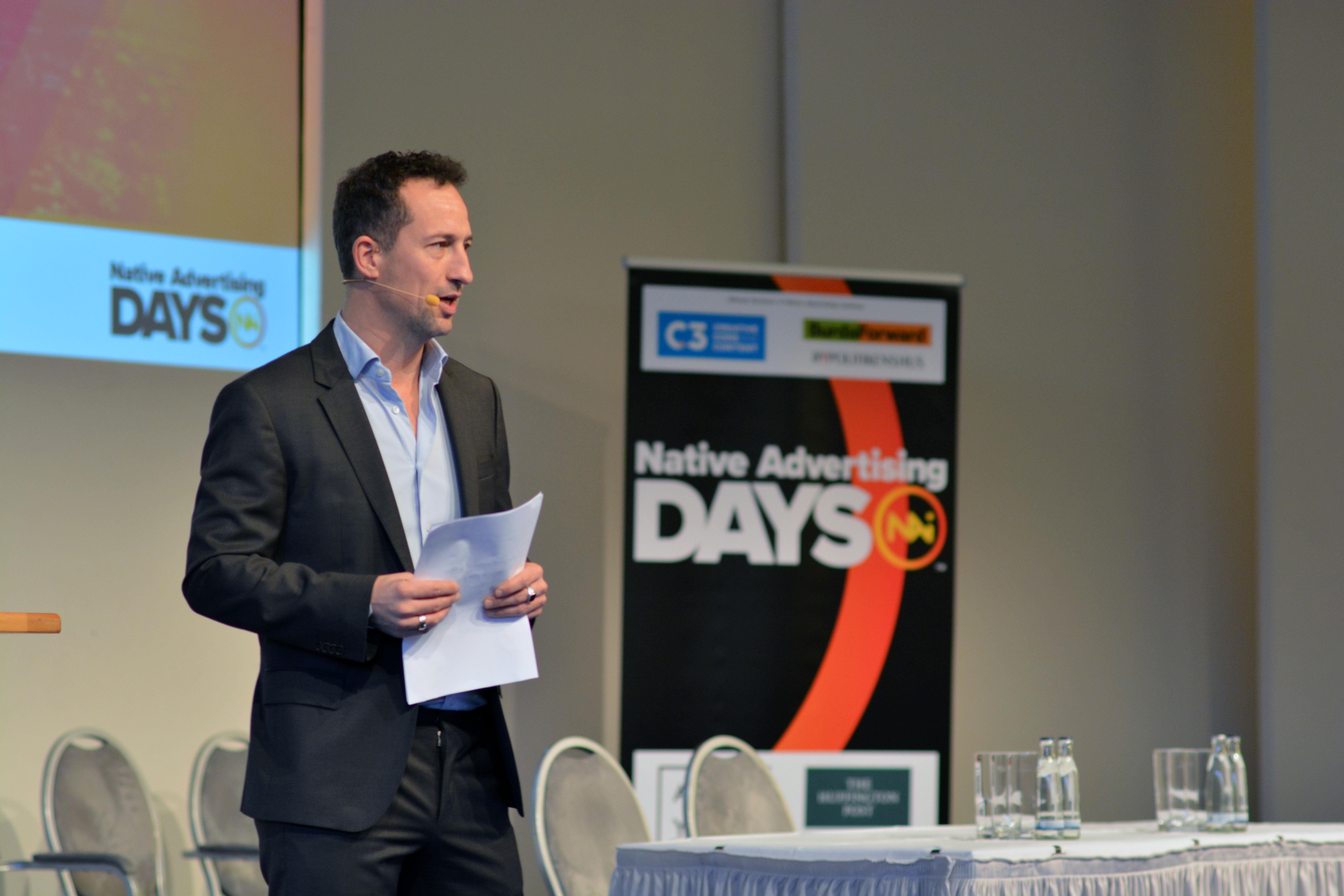 1. Professionalisation of the industry

Native advertising is a discipline dating back more than 100 years but it’s global breakthrough is no more than a few years old and people are still struggling to wrap their heads around what native advertising is. Many are getting there, though. One example is German media giant Burda and its advertising business unit BurdaForward who  showcased very sophisticated measuring tools to promote and to prove the effect of native advertising.

2. A new ecosystem of agencies

While almost all large, traditional ad agencies were a no-show, a myriad of new agencies attended the conference, including the in-house content studios that publishers are launching. These studios have a bright future according to VISA’s Head of Content Stephanie Losee, who advocates that it makes better sense for publishers to produce the native content meant for their own editorial products, rather than having ad agencies do it.

3. Church and state is not a simple division

Basically, native advertising is a mixture of editorial content and advertising. That raises a number of ethical questions. One being how involved the editorial staff of publishers should be in the production of native advertising. Most participants, especially from the news media business, agreed that a sharp division between Church and State, meaning the editorial and the commercial side of the business, is key. However, Dennis Publishing from the UK was an exception. At the British magazine publisher editorial staff is used for developing and producing native projects and CEO, Pete Wootton, made it clear that he saw no issues in this. Publishers already depend on advertising revenue and they never had troubles navigating between the editorial and the commercial side of the business, he argued.

Today’s reality is that it’s almost impossible to attract a large audience without paid distribution, such as native advertising. Even virale wonders like Upworthy has learned this the hard way, according to a recent article on DigiDay. Chad Pollitt of Relevance stated that traditional ad agencies spend 1 dollar on content for every 5 dollar they spend on distribution. According to the kings of shared content, BuzzFeed, we should not forget about organic reach though – even when it comes to native campaigns. Senior Director Brandon Keenen, who also took the stage in Berlin, reminded us that the reasons we share, like and interact with editorial content are the same reasons that will make native go viral – but consider how you want your stories to be shared right from the outset.

As someone working in the media industry, you would have to be unusually absent minded in order to miss the fact that advertising budgets are moving to native advertising at great speed – a fact that was underlined over and over by the publishers, brands and agencies in Berlin.

Native Advertising Institute recently published two surveys about native in the magazine industry, in collaboration with FIPP, and in the news media industry, in collaboration with INMA. When melted together the numbers from those two global surveys show that publishers got 14 per cent of their total advertising revenue from native advertising in 2015. In 2018 they expect that share to be doubled to 28 per cent.

6. One size doesn’t fit all

One format or idea about content will not fit all audiences. It’s absolutely vital to have a specific target group in mind for each native campaign. Even though video is talk of the town, it’s not at the top of the list for the global elite that Quartz reaches, a new survey cited by Zazie Lucke, VP of Global Marketing at Quartz, shows. However, the audience of executives are very interested in longform journalism even though one might assume they were too busy for that.

Storytelling is the only way to reach the hearts and the minds of the audiences. Without relevant, engaging and valuable content you will not succeed in getting their attention. Mankind has always told stories and there’s good reason for that as Shane Snow, CCO at Contently, mentioned. So don’t underestimate the power of storytelling that all publishers know, when making your audience care about products and brands.

However, it’s counterintuitive to many advertisers to downplay their products, Jörg Hunsche, Marketing Development Manager at HP explained. And he’s not the only advertiser who feels that way. According to the two global studies of native advertising mentioned earlier, the biggest challenge for publishers in the magazine media- as well as in the news media industry is to convince advertisers to tell real stories.

8. Tech solutions for native are ramping up

Technology plays an increasingly important role in most marketing disciplines, including native advertising. New formats like Virtual Reality, presented by creative director of the New York Times Michael Villaseñor, are one way to use the new technological advances. When it comes to scaling native advertising new platforms are here to help. One layer are native advertising software services like Sharethrough, Outbrain og ADYOULIKE. The next layer are solutions that lets users buy into more platforms using one point of contact and a single dashboard such as Onespot or Storygize. The same is possible on traditional media where services like NewsLauncher and Nudge lets the user buy from different media brands such as The Wall Street Journal, Condé Nast and The New York Times’ T Brand Studio.

Don’t just bet on your own platform for native campaigns. Director of Branded Content at Mashable, Hannah Meium, has achieved a better reach by using social media like Facebook for native campaigns than Mashable.com. That makes perfect sense according to Eric Fulwiler, Vice President, Wayner Media. Users spend time on many other platforms than your website so reach into their lives and let your content live in all the different places your users are. Especially when it comes to native advertising campaigns publishers usually don’t have to worry about attracting users to their website for the purpose of getting eyeballs to banner ads as long as the goal of the native campaign doesn’t require this.

If you don’t want to miss Native Advertising DAYS 2017 sign up for notifications here.

Native Advertising Institute is a member of FIPP.

The state of native advertising in news media

Five charts that explain the power of mobile native video