Like Ebony and Essence magazines in the US, True Love focusses on a black female audience. While this may seem like a relatively niche demographic in a supposedly increasingly globalised and egalitarian world, the reality is anything but. Readers flock to the magazine from all age groups, and from a content point of view its pages cover everything from fashion and beauty, to careers, and all that’s in between.

There’s also the issue of audience migration in the digital age. A now 47 year old publication, True Love is published by Media24, the print media division of the South African company Naspers, and has traditionally focussed its distribution efforts in the physical realm.

Cue Mbali Soga, who was named Editor of the magazine in November 2018. She kicked off her tenure with a turnaround strategy, communicated through a client roadshow and PR campaign, as well as diversification into ticketed event revenue. Named the Overall Winner of the FIPP-UPM Rising Star Awards programme just a year after her appointment to the position, she here introduces us to the award as well as the steps that True Love is taking to propel itself into the new decade.

“I won the overall award for FIPP Rising Star 2019,” says Soga. “And I still think someone is going to pull the rug out from under my feet and say ‘Psych!’ But yeah the award is basically for anyone – from beginner to senior level – who has contributed significantly to their company and made a difference in any way.”

“True Love has a very long lineage. We’re about 47 years old, and it’s a completely, proudly South African product that was birthed basically where black people in South Africa were looking at I suppose the idea of being emancipated, getting freedom, and working really nice jobs.”

“So it was made to basically inspire women of colour to be anything that they want to be, and see people of the same hue doing things that they couldn’t even actually believe that they wanted to do. Our core focus is on career, fashion, beauty, health, parenting, sex, relationships, you name it – anything that encompasses a woman’s being. Hence our tagline is ‘All a woman needs’.” 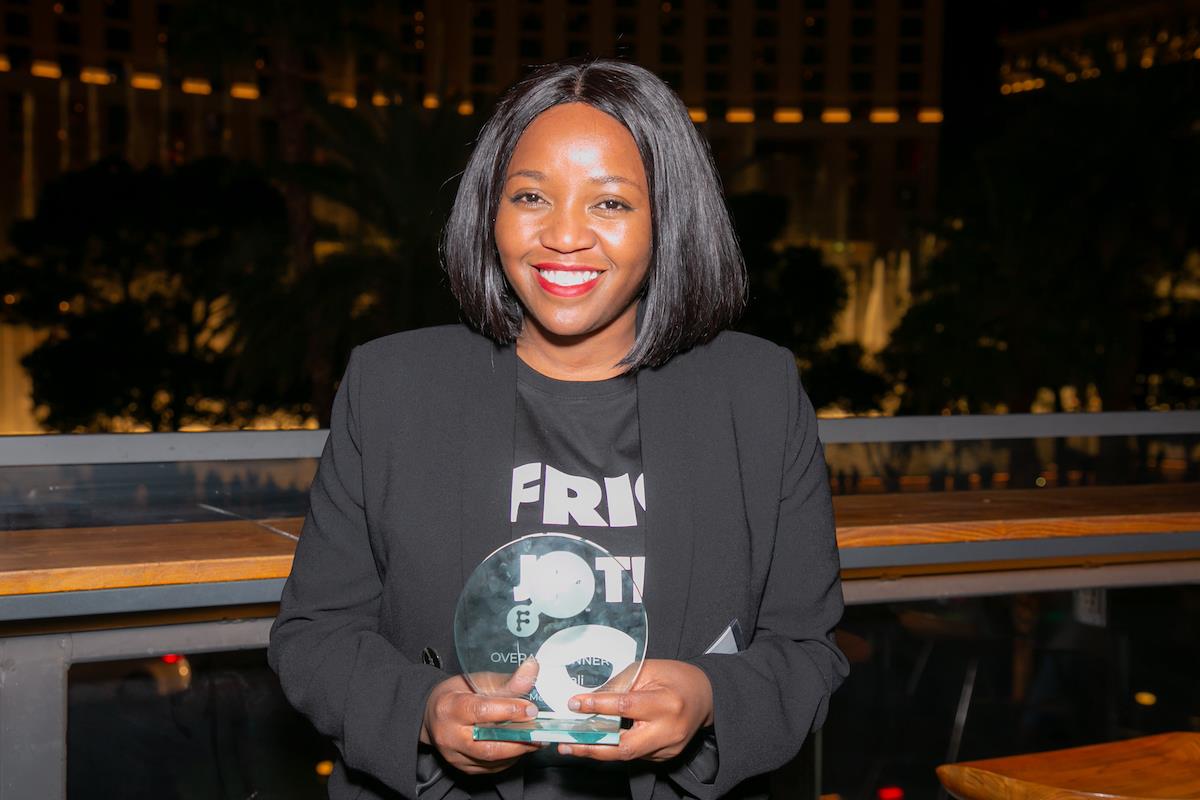 Mbali Soga is the Winner of the FIPP & UPM Rising Stars Awards 2019. The ceremony took place during the first night of the FIPP World Media Congress 2019 in Las Vegas.

Of course race and gender remain two particularly prominent issues in 2019. While movements like #metoo have highlighted the fact that longstanding gender inequality still exists throughout society, we know that there is still much work to do. Particularly on the continent, where female commentators have argued that the #metoo movement did not receive the widespread adoption it has enjoyed in the West, how important is it that niche media continues to be created for African women, and women of African heritage around the world?

“The core target market is still black. It’s not new news to say that South Africa still has a very awkward political climate, almost 20 years post-democracy. The struggles of women as a whole – whether black or white – are the same, but they get even more complex amongst race. There’s almost a hierarchy between race and gender, etc. So the magazine is definitely still focused on a black female audience and with I think, magazines going less and less into catering for a mass audience, it helps us really speak to a niche and very targeted audience.”

And that said, do we still find a lack of this media for this audience in South Africa and around the world?

“Oh, a hundred percent. Hundred percent. I mean when you look at what we want to model ourselves against, what are the titles that we look up to? We want to model ourselves against a title like Essence and Ebony for example, but those are just a handful of all of the magazines that are out there on the shelves. So yes, there aren’t enough representations of women of colour on the shelf, especially in South Africa where when you count all the titles, we probably have about 20, and only two of those cater for women of colour in a country that’s predominantly black.”

As a big name in the South African magazine market, but one that has undeniably been slow to migrate its content onto new channels, True Love magazine has in more recent years risked being left behind by some of the country’s more digital-savvy publications. Just over a year into her position as Editor, what does Soga see as being some of the most important audience platforms for True Love, and how is the magazine going about building them?

“That is I think one of my favourite questions. When I was tasked with the job of editor almost two years ago, we were going back to basics. I’m going to a magazine that literally was the shining star of South African publishing at the verge of closure. So I wasn’t looking at it in terms of platforms or where I’m going to concentrate. I was looking at almost a brand building exercise, building trust. Now that we’ve got that back, and it shows in our circulation and in our finances, we’re only now starting to focus on certain channels.”

“Obviously the first place to start is the print publication that everyone’s known to love, and now we’ve diversified. We do have a website. We have a social media presence. And I think our biggest, biggest core pillar right now is our experiences. Our events are literally quadrupling the revenue that our prints had been doing.”

“And digital, we talk about digital as much as we are moving towards digital models. But South Africans – fortunately and unfortunately – aren’t picking it up as fast as in some other areas, because data costs a fortune in South Africa. Also, people live in areas where they can’t even access the internet. We still have a lot of kind of disparities when it comes to the population, especially the black population.”

“So we still have a market when it comes to our print, but saying that we are growing our digital very steadily. And it’s all more of an education exercise than it is just a, ‘Here’s a strategy. Let’s launch it. Off we go.’”

One of the other key considerations when assessing the right print-digital balance that a legacy magazine brand should hold, is the age range of its audience. We know that for younger audiences, digital might be the first way they ever encounter a publication, whereas older demographics may be more familiar with the print version. For True Love this is particularly important, because of course the black female demographic is not age-specific.

“True Love is a heritage brand for the South African audience – and our audience is so polarised, it’s insane! You have someone as old as my Mom who’s 60+ still buying the title, and someone like me in my thirties who literally saw the magazine in the house and eventually fell in love with it and continued buying it. And now my daughter at some point will start buying or consuming this type of True Love content. So it’s very hard to cater for everyone and our digital and experiential level, that is our younger audience. In terms of our print, it’s still the core 35+ audience. It can be very hard to juggle all the balls, I have to say!”

“I’d love to make as much money as possible out of everyone. But you win some, you lose some. You can’t be everything to everyone. And I know as the driver of the brand at the moment, I focus in on 35 year olds. You literally think of where a 35 year old woman would be in terms of life stages, career goals, etc. And that’s how we produce the content.” 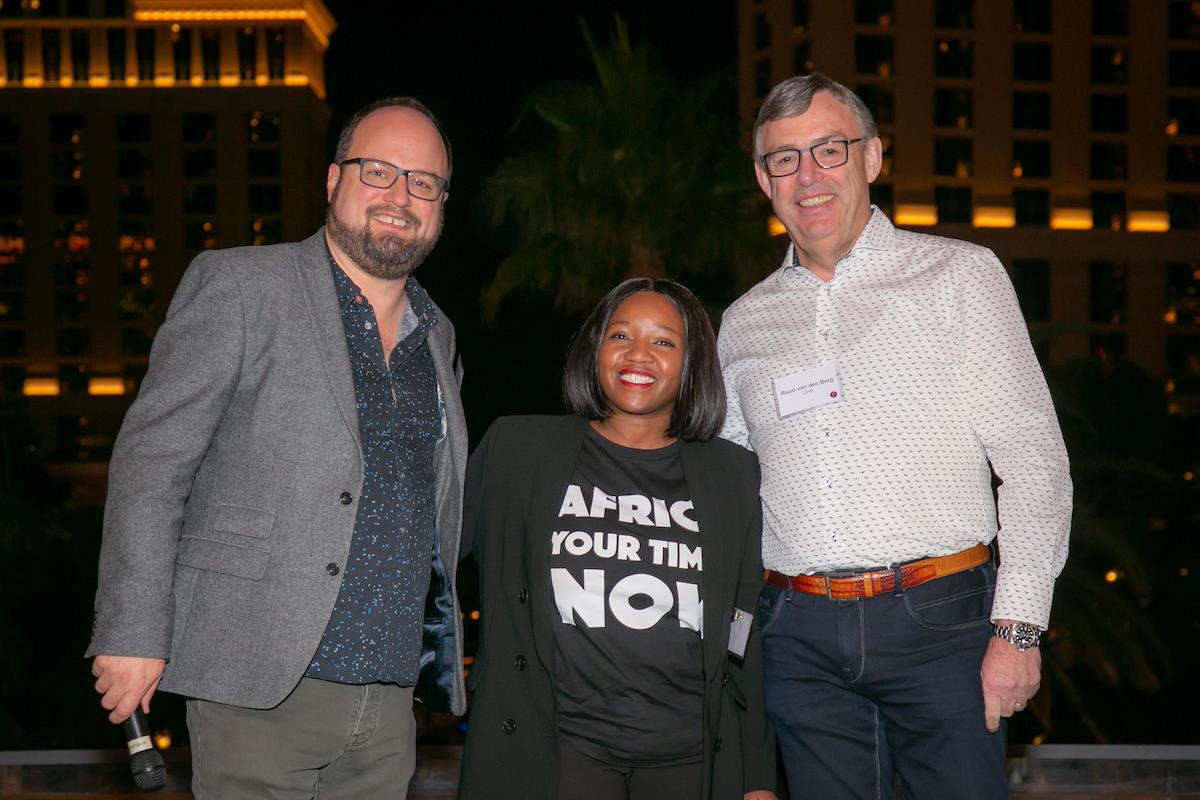 Finally, as the recipient of the Overall Winner title at last year’s FIPP-UPM Rising Star Awards, how important does Soga see new talent, and the adoption of new perspectives and new approaches, as being to the future of the overall media industry?

“Gosh, I think the future of publishing definitely lies in talent. I will say young talent, but I wouldn’t bottle it like that. It’s talent [in general] because it’s in people that think differently from how traditional media has been run.”

“And this is why for example a Rising Star is important because as much as things have been done a certain way, I have a different way of consuming and thinking about packaging content that I think will maybe help people think differently. So I think platforms like this allow us to engage where we’re on a level and think ‘Oh, can I put my hand up and say something? Is someone going to say/think what I’m saying is stupid?’ Platforms like this basically say ‘You’re acknowledged. We see your work. We see you.’”

Save €1,000/ticket plus get one night for free in a top hotel near the event venue

Forbes on innovation, audiences, and the changing nature of the business world

PressReader on opening an Irish office to accelerate international expansion