Native Advertising Institute got Stephanie’s insights on how to build a native advertising content team, when we met up with her at Native Advertising DAYS 2016 (sign up for 2017 notifications). Stephanie (photo) is currently Head of Content at Visa and has executed native campaigns from both the brand side (Visa and Dell) and the publisher side (Politico). 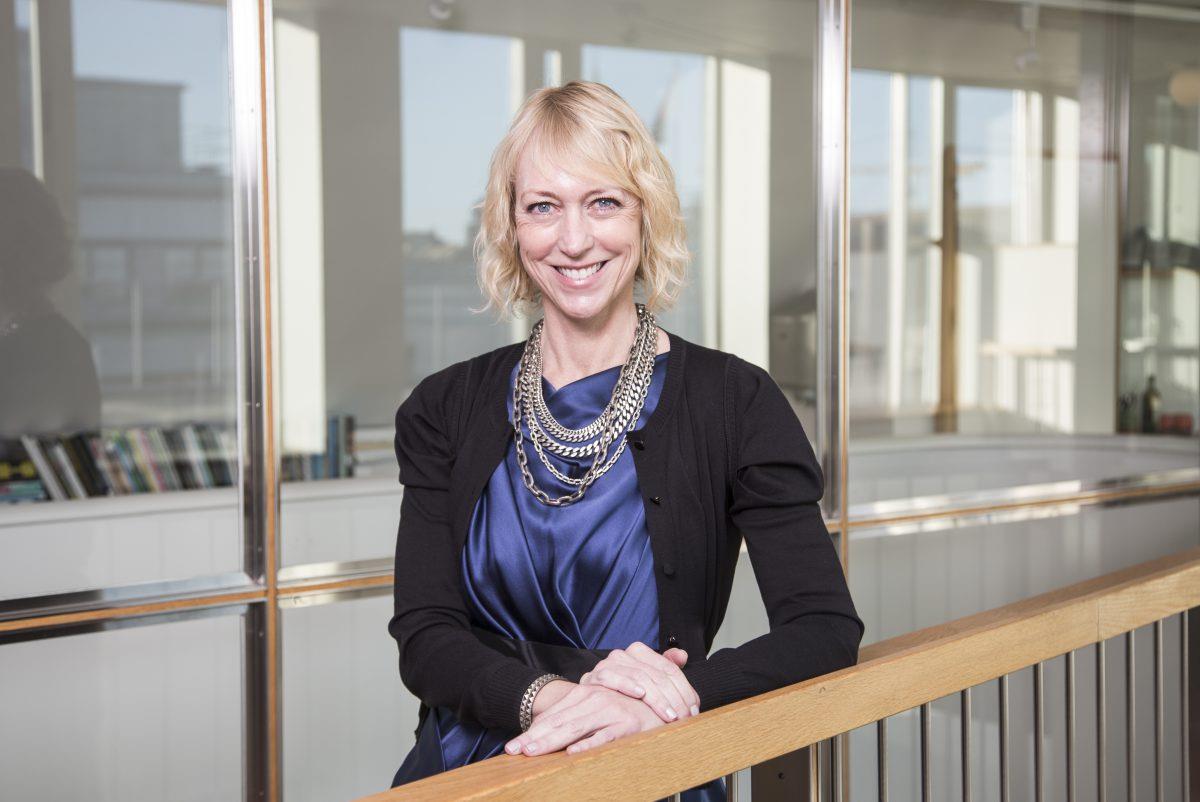 Below are highlights from the interview which have been slightly edited for clarity. You can watch the original interview on video, here.

“I used to think that the only key person to setting up the content studio was a managing editor, who could interpret a brand’s needs and then assign them to what I would call brand journalism. But I don’t think that anymore. When I launched Politico Studio  with Nick Yeager he taught me a lot about the need for more of a creative director. Because [native advertising] is an advertising product.

Related: The head of a native ad studio should have an editorial background

So when you think about the budget that you have for full time staff, the first two hires you should make are this managing editor, this editorial lead, and an in-house creative director. Once you have those two people locked in, you could outsource a great deal of the rest of the tactical that you have to do for any given project.”

How to hire the right journalists for your native advertising campaign

“Even if you can afford to hire a writer [for your content studio], that writer is not an expert in all the topics that each individual brand wants the most expert journalists to write for them. If you are a general interest publisher, that’s pretty hard. You’re going to have to have lifestyle writers, business writers, science writers — that’s a broad array.

Even a publisher like Politico where you think ‘oh well we have a specialized audience that’s interested in politics…’, but then we had the energy vertical and the transportation vertical and the cybersecurity vertical and just because they were all speaking to Politico readers, the Politico readers are each experts on their topics; they might run the Department of Transportation, so you can’t give the person who’s genuinely reading Politico a general interest writer. And how is that person possibly going to get up to speed on a topic which by its interest is going to be read by the most expert person in the space? That’s why I say that it’s more nimble and more workable to have a network that doesn’t work for you every day where you can choose the right person for the job every day.”

How to hire the right managing editor for a content studio

“I think here’s a role that is strongly suited to a Gen X’er and I have a few reasons for saying that: One is that they are the last generation to be trained in traditional media. When I got a out of college I went to Time Inc. They paid me to learn for eight years how to be a good reporter and that kind of an education doesn’t happen anymore.

But Gen X’ers grew up with technology so it’s not that they’re not on social media all the time, they totally are. And then at the same time that person has a 20-year career or a 25-year career and will have so many contacts.

One thing that my partner Nick Yeager appreciated when we were working together at Politico was how many contacts I had and how nobody else had to worry about this because if I didn’t have the right person for the job, I knew the person who knew the right person for the job. Because we all knew each other they were more inclined to say yes to a brand content project, whereas if any old person asked them they might say: I’m not going to write brand content for an energy company or something else that they might consider dicey. And they often consider brand content to be dicey all on its own.”

The ideal team for a perfect native advertising project

“The ideal team would be a person from the brand who understands [native advertising] working closely with the content studio who understands what the goals of the campaign are and can articulate them well and who is strong enough to oversee what the content studio is creating, so that you’re working in tandem throughout. At the end the result is what everyone expected and then it succeeds.”

“I think there’s two kinds of former journalists or struggling-to-stay-journalist journalists. There are people who are stuck in the grief phase and there are people who just moved along. If you understand it well enough I think that you’re either going to end up saying ‘oh well, I understand it I can live with it’. Or understanding it, you can be angry.I appreciate that, I’ve had all those feelings, but I think that when you’re trying to zip along with a native advertising project that is tough to execute, probably has a short deadline, a lot is at stake, it’s a tough relationship to negotiate, I don’t need to deal with one more thing and that is the grief of this journalist. That’s not my problem.”

“Native advertising is with us to stay”

Some publishers are closing  their custom content studios because it’s too hard and it’s not profitable enough and they don’t see it scaling. And they’re right. It is too hard right now and it’s not very profitable. By definition custom content doesn’t scale, but I think that that is the wrong approach. If [the publishers] are trying to close it down and think it through and see what happens and then start up again, which I suspect they are, then that’s a perfectly proper way to address it. But I think that we’re all going to have to go in this direction because I don’t see any other direction.

I think that this editorial, difficult to do, doesn’t scale type of native advertising is with us to stay. Simply because we can’t interrupt people anymore with something they don’t want to engage in. We can only serve them the kind of content that they can choose and that once they’ve made the choice to engage with it, they’re happy that they did it because a brand sponsored it and with that greater budget it was special.So [the publishers] have to stick with it, please stick with it because if you don’t, then we can’t pay for media and if we can’t pay for media, we don’t have an independent media.”

How publishers can successfully sell native to brands

“The way that publishers can successfully sell native to brands who are not very well-versed in it yet is to show the brand, or the agency representing the brand, examples of successful native in their peer group.On the one hand you might say that if my competitor did that with this publisher, I don’t want to jump on the bandwagon and imitate them. But at the same time when you’re just trying to describe a concept it’s hard to bring it to life in the mind of someone who hasn’t seen and experienced it yet.

So I think that showing them a successful campaign in the same space does help them to picture it and imagine themselves doing something similarly successful.In the sales pitch it’s important to have an editorial understanding and to show examples; everybody loves examples and case studies. I haven’t gone to a pitch meeting from publisher yet, where I walked away happy without a case study. I want to see the most interesting pieces that they’ve most recently executed.

Related: How to Convince Advertisers To Tell Real Stories

Those don’t have to be in the same space as my company’s industry but then I can picture having an interactive data visualization like that one and ask myself if I have enough data to feed that? Or if I don’t, maybe I will work with the publisher to commission a research study and that would generate the data and then I could have it. Case studies gives your thoughts wings.”

“We underestimated how hard it is to sell native advertising”

“I think that we really underestimated how hard it is for a sales team at a publisher to incorporate this creative agency element; to launch it, to know how to work with that internal team and to decide: When is it the right use of their time to go to a meeting? When is that a waste of their time? How do you staff them? What do you do with them?I think this is very painful and now we know how hard it is. A lot of people are feeling a certain amount of despair because as successful as the most successful native ad studios have been, these are in the single millions of dollars. This is not break out money or in any way programmatic of course.

Related: “Advertisers and Brands Need to Adopt to the New Reality”

I think everybody misses the days where you could just sell a big old advertising campaign and then you could go home and have drink. [Native advertising] is much harder, it’s this new world order where we have to chase people in whatever channel that they are dwelling, and we have to serve them experiences that are worth their time and choice and this is what it takes.”

How publishers can create succesful relationships with brands

“I think that a publisher can create successful relationships with brands that endure. I’ve been on both the publisher side and the brand side of successful relationships and what went into them? It was often relationship building with individuals and it’s with the right individuals; it’s with people who understand what they can get out of native, how it can satisfy their needs to get a particular message out and their needs to share information with particular audiences in these ways.

All of the experience the sales teams have in building those relationships, which they have been doing for years, is the strongest muscle that they have. If they can apply it to different people within the brand, so they will be selling native, they will succeed.Each [native advertising] project is like launching a start-up so if you only get to do it once, it’s like you launched an entire company that then folded. There is a tension; do the sales team really want to support the efforts of the creative studio? That’s probably why some publishers have closed their studios.

They’re saying: our sales teams don’t want to spend their energy on this and there’s still enough revenue to be had from digital advertising.But I think we must recognize that that is always going down and I don’t think that the profits will be there in short order. We have to expect that. But when you do [native advertising] right and when it is a hit you usually have a repeated relationship with the brand. Look at what the New York Times and Atlantic Re:think have accomplished.

They really have remade their businesses.The great thing about marketers is marketers love to write about marketing, so the the kind of press that they have gotten for their advertising innovation is very satisfying and it just leads to more success and it leads to more innovation. I do believe that native advertising is going to be the source of the most creative advertising going forward. I think that the Cannes lion will be won, the Grand Prix will be won and won and won by brand studios in the future.”

Jesper Laursen, CEO of Native Advertising Institute, will lead a panel discussion on native advertising at the 41st FIPP World Congress, 9-11 October 2017 in London, the UK. Meet him there.