“We’re thrilled to launch the 22nd print edition of Vogue, the world’s most celebrated and authoritative fashion publication, which has been widely anticipated in the Arab world for many years. Working with Magzter enabled us to stay true to our ‘digital first’ strategy by providing a simple turnkey solution to launch the digital version of the print magazine on all platforms simultaneously,” said Nick Gonzalez, COO, Nervora in the United Arab Emirates. 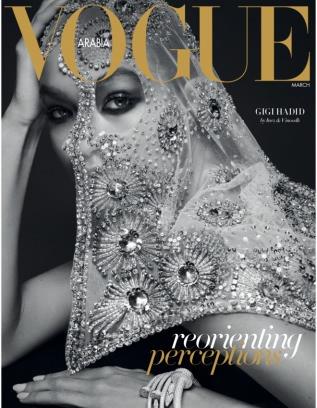 “We share a great rapport with several editions of Vogue across the globe, and we are thrilled to launch the inaugural issue of Vogue Arabia on Magzter. We firmly believe that Vogue Arabia will carry the legacy of Vogue by publishing trendsetting fashion columns in every issue, which would impress millions of fashionistas on Magzter,” added Girish Ramdas, CEO, Magzter.

Vijay Radhakrishnan, president, Magzter, said: “Vogue has been one of the best-selling fashion magazines on Magzter, and we are now excited to welcome its Arabian edition to our catalogue. We are quite happy that the publisher has adopted the ‘digital first’ strategy and chosen Magzter to quickly reach millions of readers all over the world.”