Driven by the mantra “Be everywhere your readers are” and the temptation to reach billions of eyeballs without the burden of building a better user experience, more and more publishers are jumping on the news aggregation bandwagon hoping to increase brand awareness, audience and revenues.

By basically becoming wire services for the Facebooks of the world, publishers are handing over their crown jewels (i.e. their content) in a desperate attempt to bolster their bottom lines. But so far, not even the biggest publishers in the world (e.g. The New York Times and The Washington Post) are likely to be seeing much of an ROI.

Recently I read an article (more of a rant actually) about how free platforms are eating publishers. The author argued that publishers are selling their souls (and the future of the open web) to the likes of Facebook Instant Articles, Apple News, Twitter Moments, Snapchat Discover, Flipboard, LinkedIn Pulse and Google Accelerated Mobile Pages.

The fear of ad blockers is accelerating this mass migration to these mostly mobile app platforms because, as apps, they are assumed to be immune to ad blockers. But how long will this high-priced protection last with new solutions that block ads in apps already hitting the app stores? What guarantees can these free aggregators offer publishers in terms of advertising reach with the rampant rise in banner blindness and growing sophistication of blocking technology? Where’s the revenue coming from then?

Don’t get me wrong; I’m a big fan of content aggregation. Even futurist, Ross Dawson, the keynote speaker at this year’s World Congress said that trusted aggregation, personalisation and community are a large part of a successful news media strategy – “trust” being the operative word. 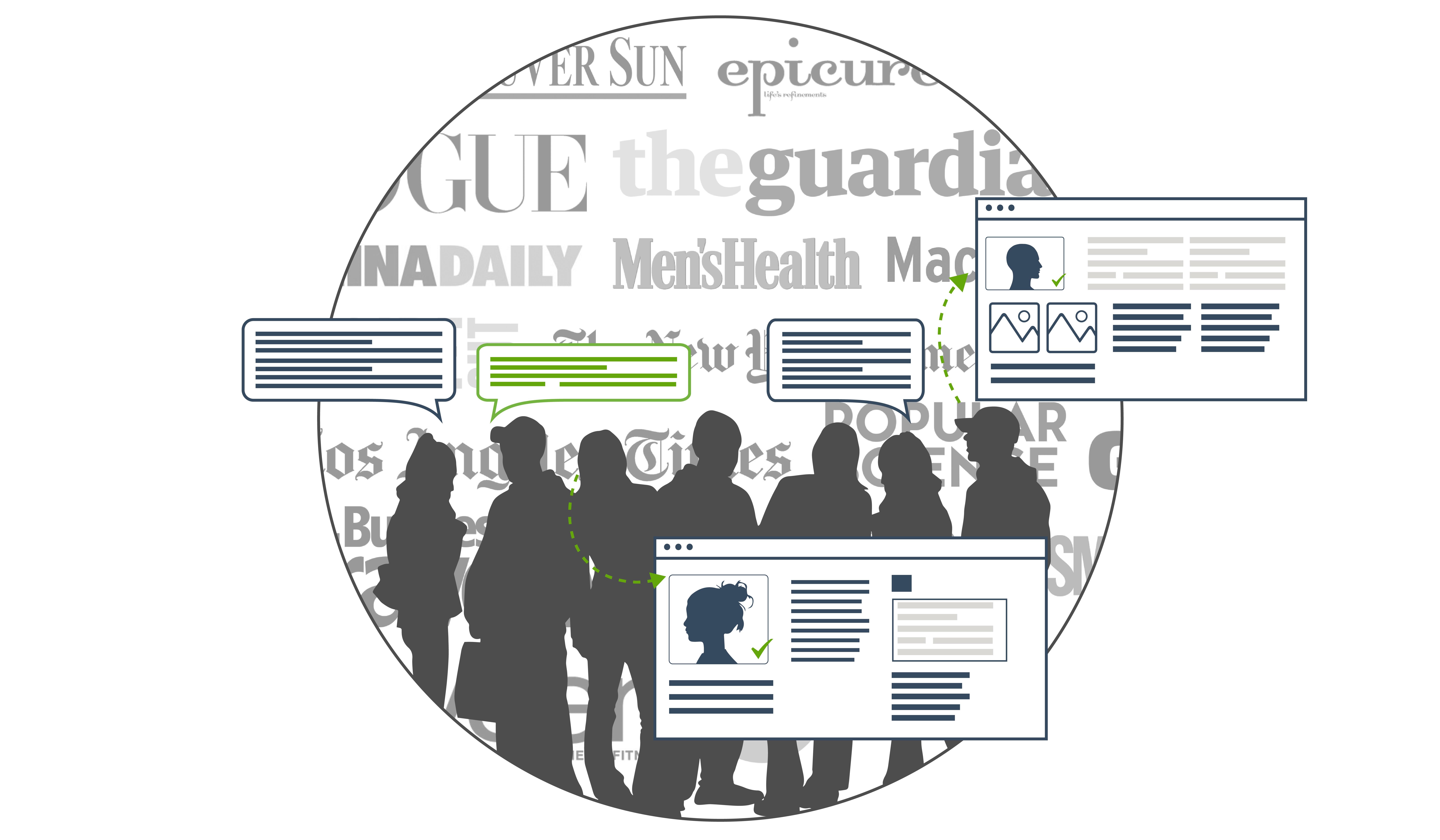 Free and paid aggregators both give readers one-stop-shop solutions for content that informs, educates, entertains and engages them. It’s when the relationship between the publishers and aggregators moves from symbiotic to parasitic that these friends could turn into foes.

But who can you really trust with your content?

• Organisations who will use it anyway they like, curate and share it under their own rules, offering no guarantees of placement or payment

The fact is not all content aggregators are created equal and publishers need to understand the differences to make informed decisions on what content they should distribute on what platforms to maximise audience reach and revenues.

Partnering with those willing to pay to play

It wasn’t that long ago that there was only a handful of paid content aggregators in the market. But in the last year or so, the number of platforms has grown, introducing new content discovery mechanisms, channels and business models that deliver value to both readers and publishers. Here’s a summary of the most notable one:

There are a number of platforms that offer access to full-content magazine and/or newspaper titles through a pay-per-issue newsstand model (e.g. Zinio, Amazon, Google, Apple (iTunes), Magzter, LeKiosk, ePresse and Kiosk y Más). For readers, the price varies by individual title and publishers get paid a revenue share of some amount for each issue downloaded.

This model serves readers who are interested in specific publications, but isn’t without its challenges. Offering mostly a brand-driven discovery mechanism, newsstands offer limited opportunities for smaller publishers to get noticed by new readers. Apple saw these limitations in its own Newsstand and replaced it with News; Google isn’t far behind.

A variant on the Pay-As-You-Go (PAYG) play is Blendle’s pay-per-article model (often referred to as iTunes for News). Founded in the Netherlands the company is slowly moving through Europe one country at a time and eyeing a future in North America.

Articles cost anywhere from pennies to over a dollar with revenues split 70-30, with publishers taking the larger share. A unique offering of the Blendle solution is the money-back guarantee designed to reduce click-bait headlines.

In the “Netflix forNews” category sit four media aggregators: Texture by Next Issue, Magzter, Readly and PressReader. They all provide a traditional replica view of the content.

Magzter charges US$7.99 per month for a subset collection of titles it offers within its newsstand. Readly sells subscriptions for US$9.99 per month while the Texture offers app-only access with US$9.99 and US$14.99 options and includes bonus content not found in the printed editions.

PressReader also offers a “paid by sponsor” business model whereby thousands of hotel, airline, cruise ship, library and other industry partners sponsor access to the content on behalf of their customers. Publishers are paid a royalty for every issue read.

Giving up the baby with the bathwater

There is no question that free aggregators have brought huge value to publishers in terms of traffic and audience reach, while readers enjoyed frictionless content discovery of news from trusted sources within their social networks. It was a win-win for both sides.

So it makes perfect sense for publishers to offer some of their content on all of these platforms.  Good choices include breaking news, non-exclusive content, native advertising and custom articles that link back to more unique and compelling content hosted on the publisher’s website.

But the risks of jumping all-in are substantial, including the potential loss of:

Regardless of what content publishers decide to post on these platforms, they have little to no control over what gets presented to readers.  Curation, audience reach and post frequency are all under the control of the platform owners.  Which begs the question – will these aggregators show more content which contains their own ads over content that comes with publisher ads, and where the aggregator only receives a portion of the revenue?

And who will get the lion’s share of posts on these sites?  It wouldn’t be a stretch to assume that most of the content showcased on the platforms will come from the big-pocket publishers.  Small, local and niche publications aren’t likely to see much of a return, if any.

Losing advertisers, who previously paid a premium to serve ads on a publisher’s website, to platforms is a very real threat. It won’t take brands long to figure out that it’s cheaper to advertise next to articles through the aggregator directly than through publishers, further eroding their advertising revenues.

Newspaper and magazine designers have spent decades ensuring that their publication’s layout is not only visually appealing for readers, but also tells and shows the importance of the content.  The flow and relationship between stories lends to the value and credibility of the articles displayed collectively.

Scrolling through the newsfeed on Facebook or Twitter, it’s not uncommon to see serious news stories from professional journalists bookended by silly cat videos and trashy celebrity gossip.  It’s a disruptive experience that presents content of out of context, degrading the brand, the voice and ultimately a reader’s perception of the content’s value.

Censorship based on the moral compasses of Apple and Facebook management is very common and a threat to the freedom of the press publishers hold dear.

“Facebook will commit to a hands-off policy on news coverage,” said Alex Cassanos, spokesperson for Facebook. “Publishers are in complete control of what they publish on Facebook — both links and Instant Articles. The only exception is determined by legal restrictions and our community standards.”

Community standards should be owned by the community, not the aggregators. Let readers decide what’s appropriate for them.

There’s an old saying, “Why pay for the cow when you can get the milk for free?” If free aggregators can bring billions of eyeballs to a publisher’s content in a gated environment no one ever has to leave, what is the raison d’être for a publisher’s website?

Be everywhere, but be wary

It really doesn’t take the proverbial rocket scientist to figure out that paid content aggregators offer publishers the best and lowest risk opportunity to be compensated for their content outside their own websites, printed publications and apps. So why isn’t every publisher rushing to be on all of them? You’ll have to ask them that; it makes no dollars or sense to me.

And when it comes to free aggregators, it makes perfect sense to share some content and links on free platforms to drive audience growth, traffic and revenues. But diving in face-first with all their content when the risks are so high is like trying to tread water in an ocean of sharks. The chances of surviving are slim at best.

The Keys to the Kingdom

In Dawson’s keynote speech on the future of news he said, “The goal is not only for news brands to offer value to participants, but to give participants the ability to create value as well. To truly create community, it is about creating connections between individuals.”

The titans of social and smartphones have community and personalisation pretty much nailed. Handing over the final ingredient (content) in the recipe for a successful media strategy is like giving them the keys to your kingdom and locking the door behind you. Do you really want to make kings instead of being one? Isn’t it time you stopped getting played and started getting paid for your content?