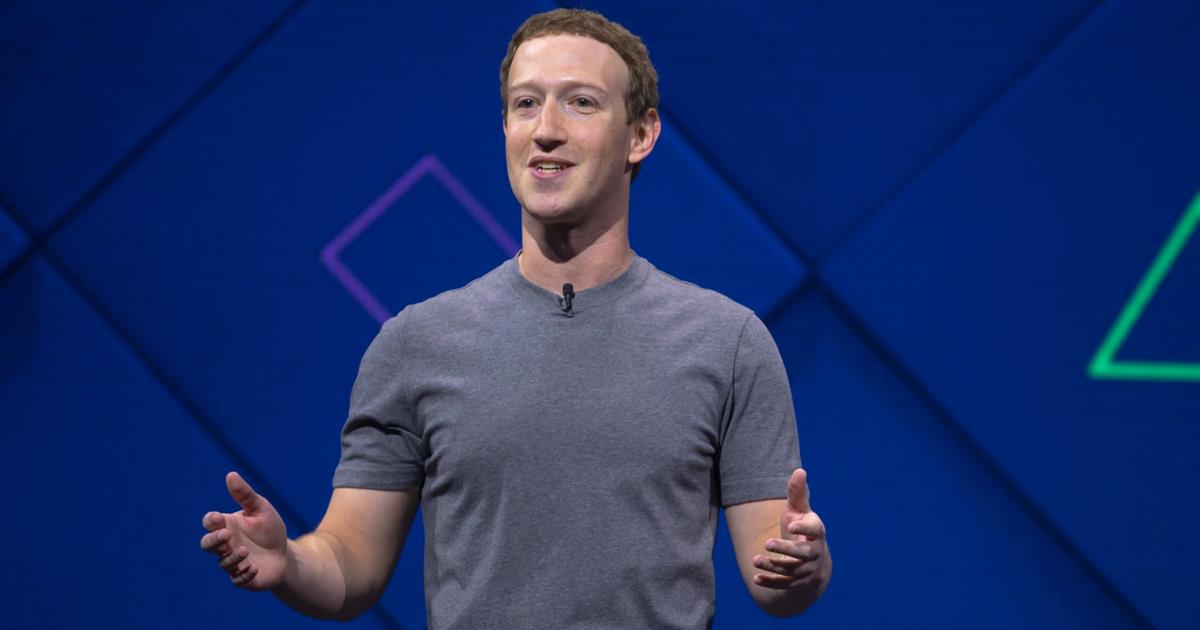 Just a week after announcing changes to Facebook’s News Feed algorithm “to encourage meaningful social interactions with family and friends over passive consumption” (of content), Facebook founder Mark Zuckerberg has announced that he will now also utilise user surveys to determine which publishers are “trustworthy, informative, and local”.

Zuckerberg wrote on his Facebook page that “continuing our focus for 2018 to make sure the time we all spend on Facebook is time well spent…” sharing what he dubs a “second major update this year: to make sure the news you see, while less overall, is high quality”. While many publishers interpreted his first announcement as ‘Facebook falling out of love with news’, Zuckerberg predicts it will amount to public content, “including news, video, and posts from brands” drop from five per cent to “roughly four per cent of News Feed”.

The remaining four per cent will, however, be determined through user surveys. Or in Zuckerberg’s words: “We considered asking outside experts, which would take the decision out of our hands but would likely not solve the objectivity problem. Or we could ask you – the community – and have your feedback determine the ranking. We decided
that having the community determine which sources are broadly trusted would be most objective… As part of our ongoing quality surveys, we will now ask people whether they’re familiar with a news source and, if so, whether they trust that source.”

The change, which the company plans to roll out internationally, will start in the US next week with Facebook using survey results to prioritise publications’ ranking in News Feed based on a collective rating of each site’s credibility. The announcement has been welcomed by some. The president of the News Media Alliance, a trade group for US newspapers, David Chavern, said a “trust ranking” will help to address the problem of fake news being distributed on social media platforms. “For some time, we have argued that Facebook should give priority to news from trusted sources.”

BuzzFeed’s opinion editor Tom Gara took to Twitter to disagree. “It’s weird because I could have sworn that this entire crisis came about because Facebook users were unable to accurately judge the trustworthiness of news in their timelines.”

It’s weird because I could have sworn that this entire crisis came about because Facebook users were unable to accurately judge the trustworthiness of news in their timelines.

In a follow up article BuzzFeed contributors write that the use of reviews might work when you’re shopping for a toaster or phone charger on Amazon, “but crowdsourcing ‘news’ was what got us into this mess in the first place”.

Trust in journalism vs trust in platforms

Jason Kint, CEO of Digital Content Next, an association for online publishers in the US, says Facebook “probably rushed their News Feed announcement” because the Facebook “spin masters likely knew” that the 2018 Edelman Trust Barometer would indicate that trust in social media companies such as Facebook and Twitter has reached a new low.

The annual credibility survey has found that people are concerned that these social networks are not doing enough to tackle bullying, illegal activities and the spreading of extremist content and that most people think the online companies are not regulated enough (64 per cent) and lack transparency (63 per cent).

it just hit me why Facebook probably rushed their news feed announcement on Friday. FB spin masters likely knew this Edelman study would be entirely damning. With Davos set to kick off, major discussion is decline in platforms. https://t.co/dFxQyMOav5

Kint says this could indicate that conventional wisdom wrongly states trust in journalism as a whole has been dropping but that the reality is that platforms are considered to be media and in fact this will show that platforms are losing trust and as a consequence pulling all media down.

Conventional wisdom wrongly states trust in journalism has been dropping. Reality: platforms are media and in fact this show platforms are losing trust – pulling all media down? This research strongly underscores our position on Facebook and Google. https://t.co/LKJqT66I7r pic.twitter.com/9NCQMnrCxl

Meanwhile, several publishers say they have seen changes to news feed long before Zuckerberg and company started making their announcements this year.

Deepak Lamba, CEO of Worldwide Media, president of Times Strategic Solutions and mentor at Times Centre for Learning with The Times of India Group, says the move was quite expected and there were enough indications in the past from Facebook to signal that personal interactions were top priority for them.

“While the immediate interpretation is that referral traffic to our web properties might drop off, established digital publishers like us are not dependent on monetisation opportunities available through web traffic alone. Also, we have always focused on building our SEO traffic as much as social traffic which will help us mitigate the distribution impact in the long term. Over the last several months we have also endeavoured to move towards more shareable content irrespective of the platform.

“The Facebook update thus has little impact on our overall content strategy, though we will be keeping a close eye on our key performance metrics. In fact, a lot of digital publishers got away with mediocre content chasing likes/reactions alone in the past. While the verdict is still out on how this will impact ad rates on the Facebook platform, one thing is for sure that this update would really help separate the wheat from the chaff.”

Blue Sky Publishing, publisher of one of the most successful independent news sites in Southern Africa, The South African, which also publishes the Australian Times and the New Zealand Times, say they saw changes happen around the middle of last year already “when Facebook started playing games with us”. According to managing director Patrick Atherton they were spending a significant amount of money to boost content discovery with Facebook “only to see our reach and engagement decrease drastically. We went from 80 per cent of our traffic from Facebook in July to only 25 per cent in December.”

Blue Sky took immediate action by deciding to “stick to the basics. All our writers were sent on SEO writing courses so that when we publish news we constantly think about SEO. It’s made a huge difference and our overall traffic has continued to increase by focusing more on discovery via Google and direct traffic. Instead of spending money with Facebook we were able to employ three new journalists, and we are so glad we did.”

News Corp executive chairman Rupert Murdoch says Facebook should pay publishers for the news content that it serves on its platform in the same way that cable TV networks pay for programming.

Quoted by AdNews.com.ua in Australia, Murdoch adds that Facebook’s efforts so far are “inadequate commercially, socially and journalistically”.

The media mogul says: “Facebook and Google have popularised scurrilous news sources through algorithms that are profitable for these platforms but inherently unreliable. Recognition of a problem is one step on the pathway to cure, but the remedial measures that both companies have so far proposed are inadequate, commercially, socially and journalistically.

“There has been much discussion about subscription models but I have yet to see a proposal that truly recognises the investment in and the social value of professional journalism. We will closely follow the latest shift in Facebook’s strategy, and I have no doubt that Mark Zuckerberg is a sincere person, but there is still a serious lack of transparency that should concern publishers and those wary of political bias at these powerful platforms.

“The time has come to consider a different route. If Facebook wants to recognise ‘trusted’ publishers then it should pay those publishers a carriage fee similar to the model adopted by cable companies. The publishers are obviously enhancing the value and integrity of Facebook through their news and content but are not being adequately rewarded for those services. Carriage payments would have a minor impact on Facebook’s profits but a major impact on the prospects for publishers and journalists.”

Vivian Schiller on what’s next for platforms and the media