The Native Advertising Awards include 31 categories under the themes organisation, strategy, channels and formats. Submit your own prize-worthy native advertising campaign or platform here.

The Native Advertising Institute will publish all of the award-winning cases on their blog.

1. Create value for the audience

Easier said than done because what is the value? And to whom? In a hectic news cycle, being seconds ahead of a competing publisher can be viewed as valuable to a newsroom.

For the audience, it is trying to reach – not so much. The same logic applies to native advertising or as Claire Austin, then head of audience, King Content, puts it in an interview with NAI:

“Clicks and followers are vanity metrics in my eyes. It’s a very short tactical approach that marketers sometimes get a little bit wrapped up in and we’re all guilty of it. We’re constantly wanting to know how many clicks we got? How many impressions? How many people did we reach? How many video views? They’re just vanity metrics.

Value doesn’t only translate into hard KPIs, though. Value can be a brand lift, entertainment or knowledge that is instrumental to an audience and that is made accessible in new ways. We pulled out some examples of just that from the award winning native advertising examples:

“We discovered that data on home property risks were lacking. People only had access to complex statistics based on calculations that were mostly available on scientific websites, which made them very hard to comprehend. Therefore, we decided to gather all the data, recalculate it and personalise it so an individual homeowner could access the data easily by typing in a name of a city on our interactive heat map. This presented the data in an accessible and intriguing manner through digital technologies.” (Hanza Media, How Safe is Your Neighbourhood, Croatia Insurance) 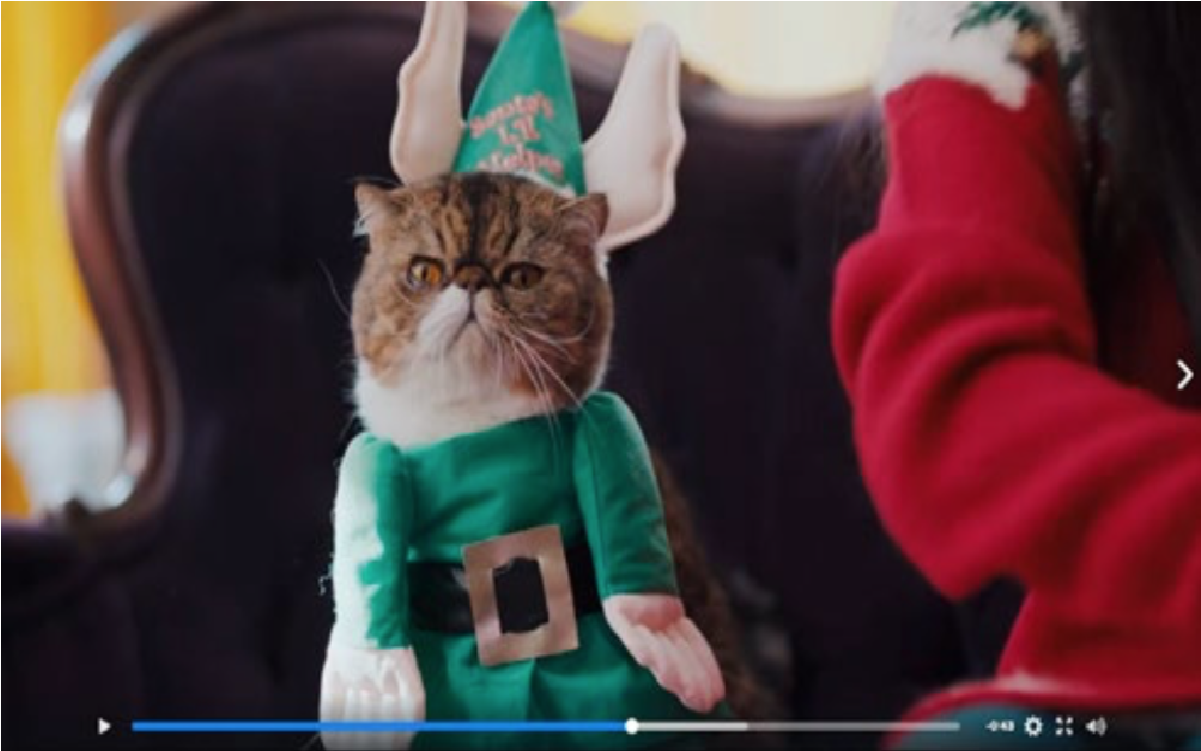 “By leveraging BuzzFeed’s custom audience data on how female pet owners, 35-64 interact with and share previous cat content on BuzzFeed.com, they were able to achieve on Facebook alone, a social lift of 6x – i.e. for every female cat owner within the target there were six additional earned organic views attributed to sharing and engaging with the content by tagging other friends and cat lovers.” (BuzzFeed, Moxie, Nutrish for Cats Campaign)

“Not false or imitation” and “true to one’s own personality, spirit, or character.” That’s how “authenticity” is defined by Merriam-Webster. However, being authentic is no easy task – especially when a content creator is striving for quality on behalf of a brand, while still being true to the tone-of-voice of its own audience.

In our series of interviews with international media companies featured on our blog, “authenticity” is a quality often referred to when defining how to create good native advertising:

“Our branded content at times outperforms our editorial content. Our audience will let us know if the branded content is too integrated or if it reads too much like an advertisement. It’s really important to keep it authentic and to make sure that the content resonates with the audience regardless if there’s a brand or not.” – Brandon Keenen, then Senior Director at BuzzFeed EMEA in an interview with NAI.

The point Brandon Keenen is making is exemplified by the award-winning native advertising examples featured. We selected a few of the ways publishers and brands succeeded in being authentic in communicating what is basically a top-funnel commercial message.

Deep knowledge and research into the brand as well as the target groups were key. This has to be combined with courage — both on the brand-side and on the publisher-side — to let the needs, dreams, and habits of the target audience guide the creative direction, regardless of whether it is an audience of children, young students or highly specialised experts as these extracts show:

“Based on the insights of the target group’s interests and behaviour on YouTube, it was essential to keep the content entertaining and not coming off as an advertisement. We allowed Novopleco to be honest and use their own language during the road trip and only briefed them regarding the challenges.” (De Danske Sydhavskyster: Vizeum, Southern Coast of Denmark (link to e-book))

The project premiered a highly interactive, visual and cross-media format, populated with high-quality content written specifically for an audience of senior decision makers.

“We talked to parents and students who were preparing for the upcoming school year. To them, back to school shopping is a big deal and they ex- ert much e ort in choosing items that will support and inspire them throughout the coming school year. (..) We wanted to empower students all over the country at a time when they would be most susceptible; the new (school) year. We called on the nation’s best and brightest to share their “Back to School Year Resolutions”. (Huddle Room Media, Back to School Year Resolutions, National Book Store [link to ebook])

“With “Digitisation: threat or opportunity?”, we aimed to strengthen the position of Accenture, Société Générale Private Banking and ALD Automotive on the Belgian market as futureproof, innovative companies and thought leaders, by assessing the impact of digital disruption on our daily lives and our companies’ business models – both today and in the future. The project premiered a highly interactive, visual and cross-media format, populated with high-quality content written specifically for an audience of senior decision makers.” (Mediafin, Digitisation: threat or opportunity? Accenture, Société Générale Private Banking, ALD Automotive [link to ebook])

“We aimed to deliver the objectives of Mobile.de while keeping up with the high standards of BILD’s storytelling in order to create a true native reading and viewing experience. (..) We created four entertaining stories, each centring on key  findings of mobile.de‘s study. For the branded videos we went on a hunt for the funniest car fail videos online for each native brand story.” (BILD Brand Studio, Mobile.de [link to ebook])

3. Don’t forget about the hard KPIs

“Native advertising has often been perceived as an upper-funnel strategy used to increase brand awareness. However, content now sits at the centre of brands’ marketing campaigns and is used to connect and engage with consumers at all stages of the consumer lifecycle.”

We’re not the ones saying that, either, Lon Otremba, CEO of Bidtellect, mentioned this in the beginning of 2017. It’s a point that is backed up by the native advertising featured in this ebook. Many of the media companies report an increase in sales for their clients when that was one of the KPIs for the native advertising campaign. Just take a look at a few of the reported results from the award winners:

“By the end of the campaign, the number of hot leads were three times more than expected.” (Hanza Media, How Safe is Your Neighbourhood, Croatia Insurance) 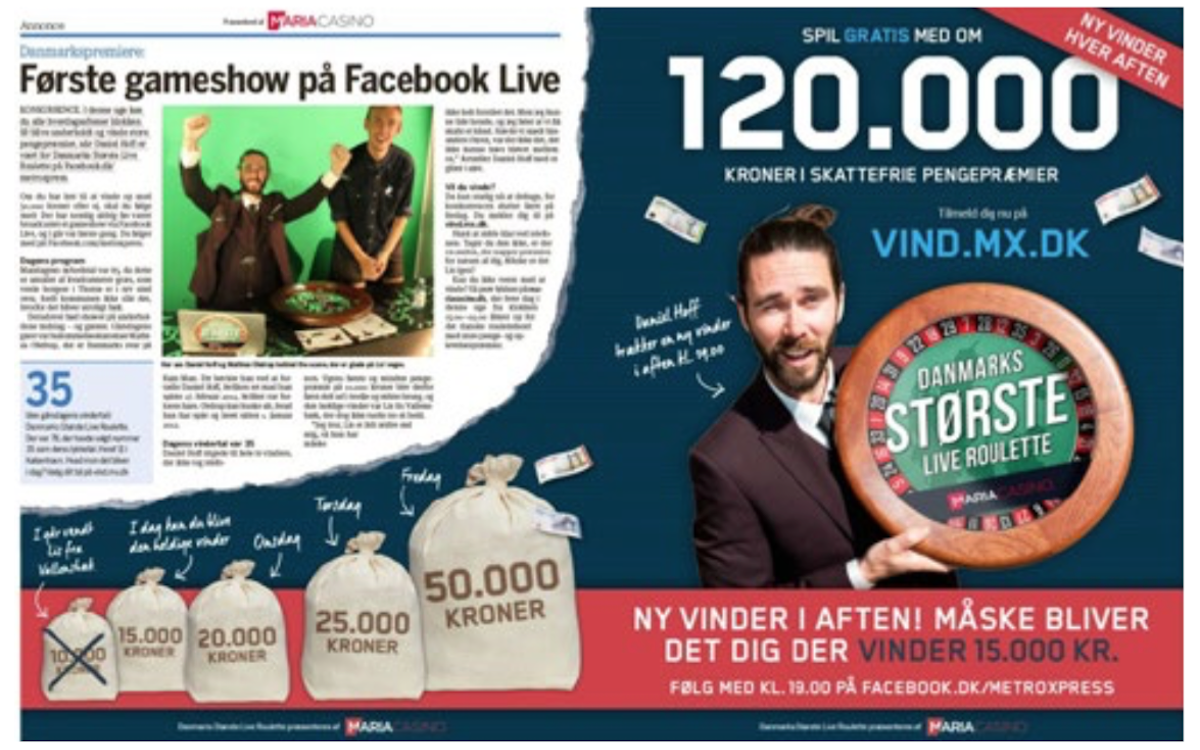 “The campaign was also successful in creating an increase in active players of Maria Casino’s game Live Roulette of +163 per cent and a turnover of the astounding amount of 182 per cent.” (MX Partner Lab, Denmark’s Largest Live Roulette, Maria Casino)

“Mahindra is on track to sell the 1500 cars and we are getting ready to take on their next launch.” (NewsCorp Studios – Queensland, Mahindra Rise [link to e-book])

“In the end, Nordisk Film surpassed its goal of selling 500,000 tickets. More than 800,000 people bought a cinema ticket to see the movie.” (VG Partnerstudio, THE WAVE, Nordisk Film [link to e-book]) 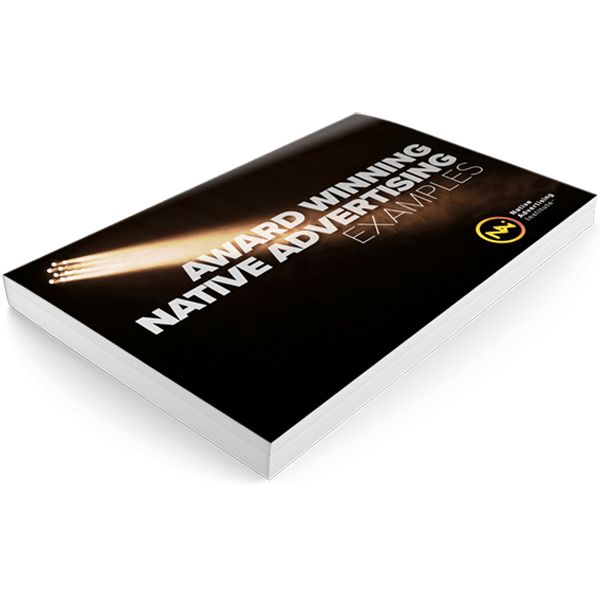 [Video] How one media company became the Russian leader in native