To be fair several online publishers have queried the figures. They clearly do highlight an ongoing trend and ironically it is one that may have become even more widespread thanks to the publicity around the research.

The one saving grace for publishers up until now has been that most ad blockers (AdBlock Plus and Ad Block) being high profile examples, haven’t worked effectively on mobile.

That is set to change though as Apple recently announced that the next generation of its operating system, iOS9 would work with third party ad blockers. Of course users have to download the ad blockers for them to function, but given the size of the Apple’s mobile audience on both the iPhone and the iPad this could seriously dent publisher’s display ad revenues.

All of this begs the question ‘where now for online display advertising, especially on mobile?’ Over the past few weeks various media companies have outlined their responses to the growth of ad blockers. Here are some of the options that are being considered. 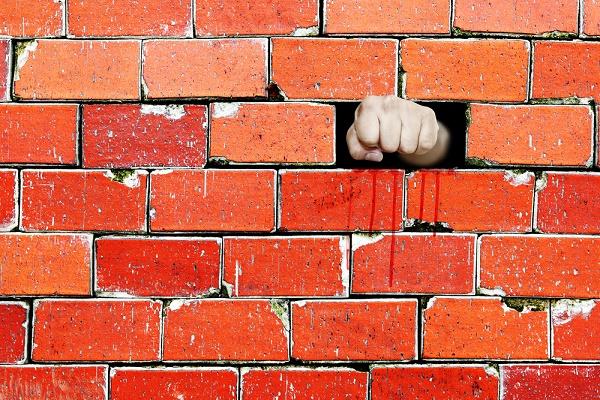 1. Carry on as usual – Several publishers have already expressed the view that as far as they are concerned online display advertising has a long and important future and that ad blockers will never be as mainstream as some analysts suggest they will be. They cite the fact that one of the companies behind the report, Pagefair, is in the business of selling solutions to publishers that attempts to circumvent the ad blockers. Also even if 30 per cent of readers are using ad blockers – 70 per cent of an audience is still, given the huge traffic sites are now receiving, going to generate a significant income.

3. Ask nicely – One of the most sensible responses to the rise of ad blockers has come from Wired. The Condé Nast-owned title asked its readers very politely to switch off their ad blockers. ‘We figured the best place to start with that is just to ask,’ said Mark McClusky, head of operations at Wired told the WSJ. Mr. McClusky said it was important to be straightforward with Wired’s ‘very tech-savvy audience.’

The Guardian and several gaming titles have also asked their readers to either switch the blockers off or ‘whitelist’ their sites. Quite how many of its readers take the publishers’ advice remains to be seen.

4. Work with the ad blocking companies – Several of the ad blocking companies peddle the line that exist because they want to help readers from being served poor quality or inappropriate advertising. What though if the ads that are being served are legitimate and may be of interest to the reader? Well all of a sudden a business model for the ad blockers emerges as one potential solution for publishers is to actually court ad blocking companies and arrange for them to let ‘responsible’ advertising through their system. One of the leading ad blocking systems Adblock Plus, for example, will let some ads through via its acceptable ads programme.  According to Business Insider Google reportedly pays $25M each year to deliver an estimated $887 Million worth budget to Ad blocker users.

Needless to say many publishers won’t enter a dialogue with the ad blocking forms, and some have even threatened court action.

5. Get rid of ads all together – This is the nuclear option for publishers. Deleting the ads and instead operating various other monetisation options from paywalls through to selling merchandise. There have been endless discussions on these pages as well across the web on the pros and cons of paywalls so I won’t add to them here.

Building an audience willing to pay for your content is obviously a very time consuming and difficult process. There is also the question of influence. If your paywall site reaches 50,000 paying users a day that might be good for your bottom line, but your site might end up being perceived as a niche one by the advertising and PR industries as the free sites offer a much wider reach.

How will ad-blocking software change the web-content industry?