Perhaps, in an online world completely saturated by clickbait, endlessly updated feeds, and 140-character newsbites, people are getting fatigued. After hours of sifting through mediocre, easily-digestible information, people are turning to something more substantial. Put frankly, people are craving good writing – writing which demands (and gets) our full attention, which has been thoroughly researched, and which has the power to linger in our minds and make us think, long after we’ve closed the screen. Longform journalism, especially with multimedia elements, signals a change in the way we want to consume information: a quickly thrown-together article just doesn’t cut it any more. We want to read things which are worth our time and which take time. 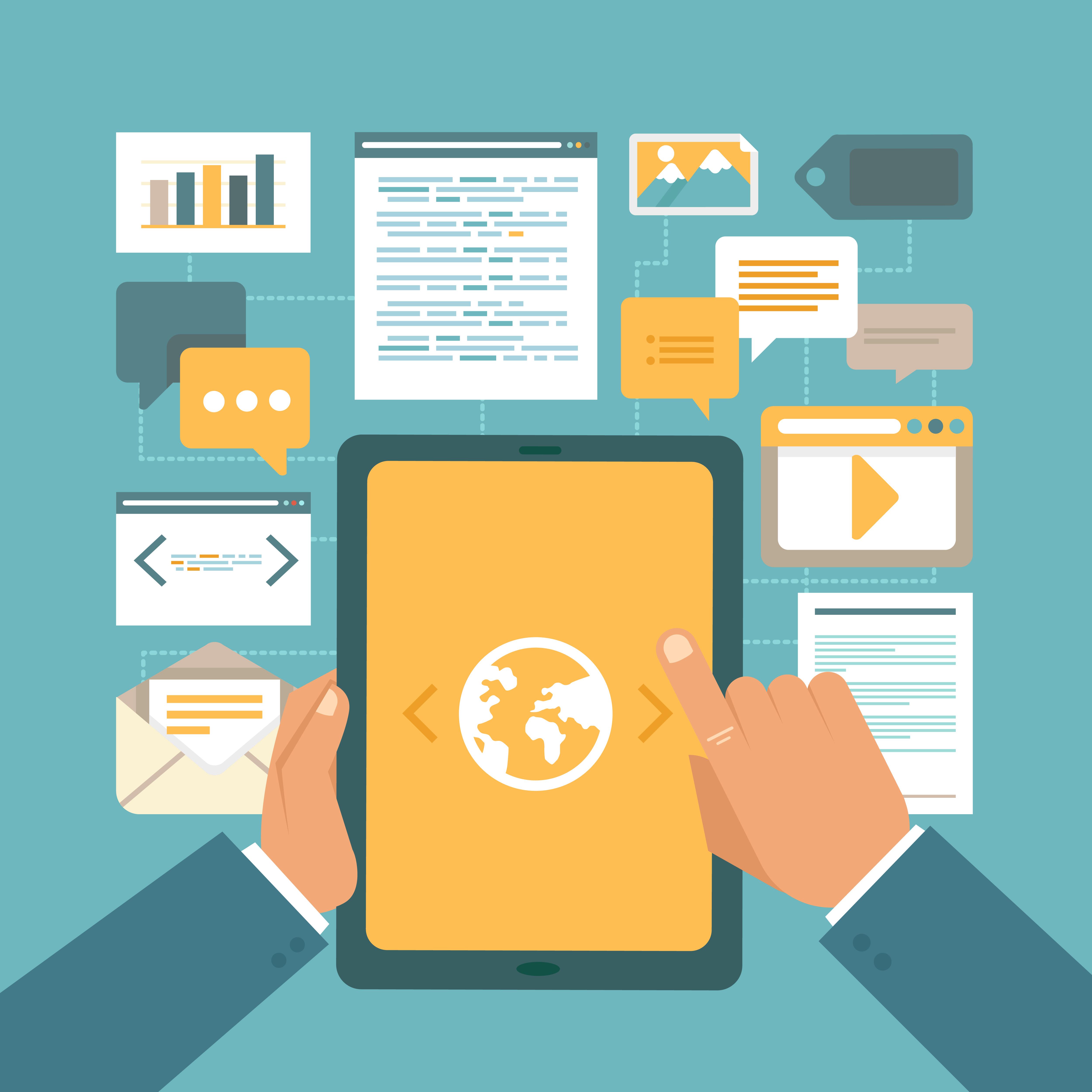 Longform, when done well, engages our attention fully. Most importantly, it’s creative. It’s like reading a brilliant novel: the end result is feeling that you’ve borne witness to real events, leaving you reeling with interest and amazement. Perhaps it’s these highly sought-after emotions which readers are chasing – and satisfying – by committing to read longform. involving weeks of work and hours of reading time, longform multimedia is not to be undertaken – or taken – lightly. So who’s leading the pack when it comes to embracing this intriguing new form of media?

This piece spearheaded the rise in multimedial longform journalism, winning a Pulitzer Prize for feature writing in 2013 and subsequently becoming the best-known example of the form. As the explanation on the Pulitzer website explains, this is “a project enhanced by its deft integration of multimedia elements”.

Vitally, reporter John Branch employs a beautifully aesthetic approach to reporting which actually enhances the story – making images, videos and graphics complement the written content (which is worth reading in itself). Snow Fall maps the deadly Tunnel Creek avalanche of 2012 onto our screens, making a second-hand story into a 3D experience. The retelling of survivors’ stories makes for compellingly chilly reading while the scatterings of interactive images and videos bring the terrifying natural disaster to life – and that’s exactly the suspense readers want.

This is some of the most gripping reads you’ll encounter on the internet. It’s suspenseful storytelling at its most skilful – and at the helm is Joshuah Bearman, the man responsible for another piece about a CIA mission during the Iran Hostage Crisis, also published on WIRED in 2007. Testament to the potential of longform is the fact that Bearman’s piece was eventually adapted into the film Argo, winning Best Adapted Screenplay at the Oscars.

Accompanied by the suitably dark illustrations of Tomer Hanuka, Bearman seamlessly introduces the reader to Ross Ulbricht, the fascinating young computer genius behind the notorious Silk Road enterprise, while weaving in case context and geographical scene-setting. He ends each section with a killer hook, building irresistible suspense that makes the several hours it takes to read the piece entirely worthwhile. Bearman has totally mastered longform: you won’t forget this story.

A project of epic proportions, three reporters for the LA Times reconstructed the events, which unfolded after the 2013 gun rampage of rogue policeman Christopher Dormer into a five-part series.

Accompanied by Doug Stevens’ superb pencil illustrations which emerge as you scroll like an oncoming car through fog, it makes for very enticing content – and perfectly captures each terrifying turn of events in the manhunt which gripped the nation.

4. Wait But Why – Why Generation Y Yuppies Are Unhappy

Wait But Why’s longform essays have proved exceedingly popular, despite the fact that the site has only posted an average of one piece per week since its launch. This essay, entitled Why Generation Y Yuppies Are Unhappy, is Wait But Why’s most viral, having generated well over two million shares and thousands of comments to date. It’s scattered with graphs and stick-man images made on Paint, which only add to the site’s playful, scatterbrained tone, and perfectly complement the thoughtful, to-the-point text.

“We took a bet that long but really thorough, really high-quality articles cwould not only be acceptable to certain people but would be a really fresh, standout thing in a current world of really short list articles,” one of the founders of Wait But Why told Fast Company. “If you can blow someone’s mind – really, genuinely blow it, again in a really well-written way – then that’s something they want to share.”

And they do share. Perhaps it’s something about wanting to prove that you made it to the end of an article, rather than skim-reading it. Whatever the reason, Wait But Why is special because it eschews the daily churn of short, instant-stimulation pieces which you might find on sites like Buzzfeed (although Buzzfeed, too, has a great selection of longform in its Big News section now) – proving that longform, too, can be super-shareable.

5. Pitchfork – Glitter in the Dark

Timed with the release of her 2012 album, The Haunted Man, Pitchfork’s interview with Natasha Khan (AKA Bat for Lashes) is presented in a really captivating way, elevating the feature to artistic heights. Written by Laura Snapes, it features beautiful black and white photography by Shawn Brackbill which cleverly move like GIFs (or an old-fashioned flip book) as you scroll down. In addition to this, a playlist of selected songs from The Haunted Man can be played alongside.

The result is a truly pleasant reading experience which is exciting without being distracting – although it’s important to note that unlike National Geographic’s collaboration with Facebook Instant Articles (see below), this article just doesn’t work on mobiles – and that’s a big problem when so many of us are using mobile devices more than computers.

6. National Geographic – Quest for a Superbee

National Geographic, which already boasts an incredible media empire, has been experimenting with new methods of engagement of late. It embraced Facebook’s new Instant Articles feature – essentially a way for publishers to showcase their content on Facebook’s mobile app in a quick, intriguing and interactive way (speed is key, since the average article takes about eight seconds to load – far too long to hold our attention in today’s world!).

Because Instant Articles has been built specifically as a feature for mobile devices, Quest for a Superbee is optimised in this way will look very different to just reading the article on a desktop. As we’ve previously explored, longform works really well on tablets and reasonably on desktops; until now, the problem has been overcoming the fact that people just don’t want to read long pieces on smaller mobile phone screens. Instant Articles smartly sidesteps this issue by making mobile viewing a smooth ride with loads of interesting i-spies along the way: auto play video, maps, and audio commentary, to name but a few. Quest for a Superbee makes use of a mixture of great images and maps, and became the most popular Instant Article during the first couple of days of its launch.

7. The Guardian – Farewell to America

With the newspaper’s online edition the third most widely-read in the world as of June 2012, the Guardian has no issues attracting readers – and its Long Read section is no different. In this recent piece, Gary Younge explains and examines the reasons he’s leaving the USA after 12 years, in the wake of mounting racial friction.

Like all of the articles on this list, it’s thoughtful and creative, and works really well as a longform piece because it is broken up with carefully selected videos and emotive photographs. It’s one of the most popular long reads on the site, with more than 29,000 shares and strong reader engagement with over 1,000 comments; the simple layout is also highly compatible with mobile devices.

While not in the same category as the others on this list, The Verge’s gift idea round-up perfectly demonstrates the merits of enticing visuals and slick graphics. Not only is the content helpfully divided into different categories based on price range, but the lists are really easy to scroll through and filled with handy, fun suggestions.

Shunning the more common list or click-through page style, The Verge makes browsing for presents an interactive and enjoyable experience by incorporating text onto an image-based platform. As senior designer Josh Laincz comments, “we wanted to provide a tight, scannable experience that flexed well to small screens, and I think the result turned out nicely.”

What is explainer journalism?

Why we were wrong about the internet killing off print journalism