Ahead of the 41st FIPP World Congress, where audience engagement strategies will be one of the topics featuring in the programme, FIPP contributor Jon Watkins rounds up market predictions for 2017, including a trend that shows publishers might just find a saviour from an unusual source…

The 41st FIPP World Congress takes place from 9-11 October 2017 in London, the United Kingdom. Discounted early bird registration for the FIPP World Congress is available until 31 July, while those interested in sending delegations (5+ people) can get in touch with Claire Jones to discuss custom packages. Contact John Schlaefli to discuss sponsorship opportunities.

Publishers’ abilities to engage and grow their audiences have never been more complex. The days of simply growing sales, subscription and news-stand numbers – and selling access to your audience through ads – have obviously long past.

Today, with each publisher’s different audience groups accessing content in different ways and through different channels – mixed with the complex world of social and the fact it creates engagement away from their own brand – trends in audience engagement are moving fast. So what can we expect to see in 2017, in particular with regards to the way publishers develop their digital and social strategies?

Some trends will simply be reflective of developments across the content spectrum. 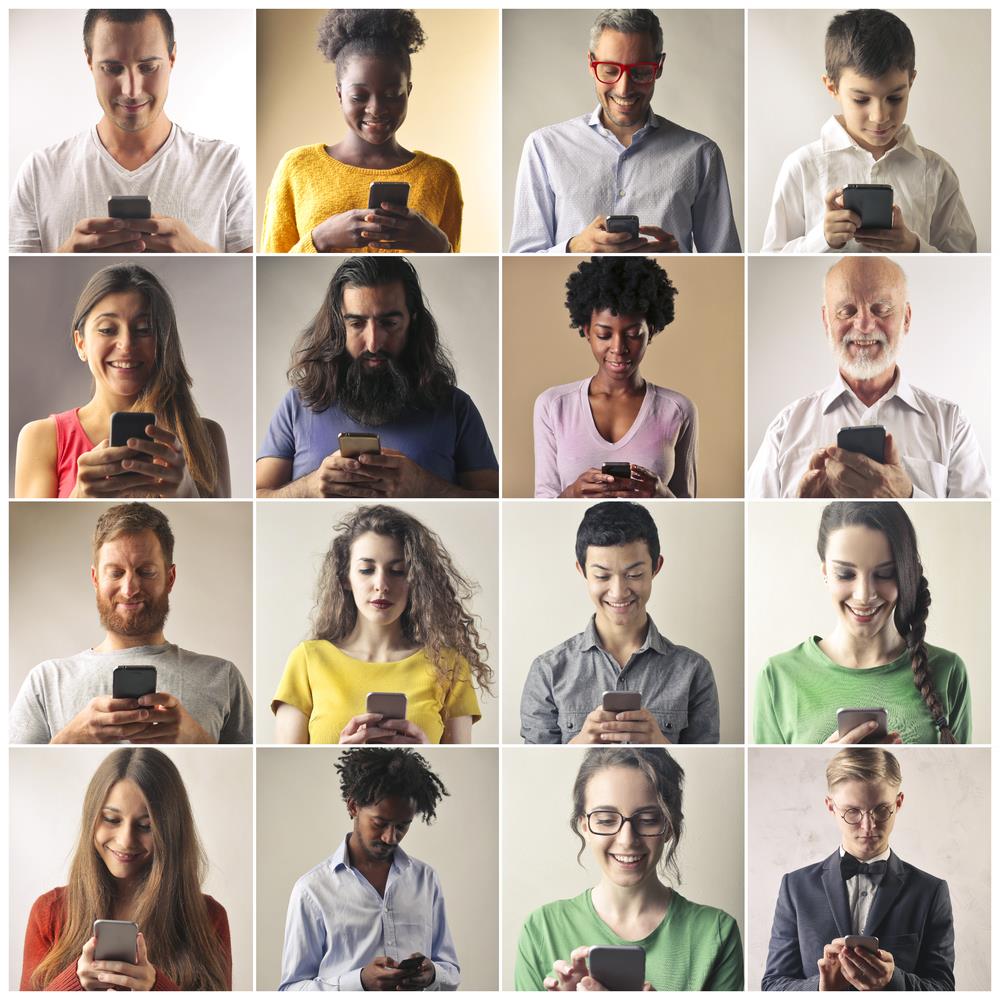 As mobile and video engagement grows, is there risk of consumer pushback?

Mobile engagement will almost certainly continue to grow, for example. According to comScore, more than 80 per cent of social media time is spent on mobile devices, so publishers will undoubtedly continue to develop their mobile offering.

However, other recent trends may start to turn, according to some analysts. Speaking in his own 2017 trends piece recently, Mark Glaser, Founder and Publisher of MediaShift, suggests 2017 could be the year we see a revolt against the rise of native advertising, and even video.

“And that parallels the push by Facebook, Instagram and Twitter to make big bets on video, including live-streaming, where Facebook paid publishers to produce content. But how much is enough, and when do you get to overkill? We know that advertisers love branded content and video ads, and publishers know that their video is eminently sharable on social media, but is this what consumers really want? When you have a glut, only the best quality can survive. People will gravitate towards quality content, toward timely content, toward content with a personality.”

So what about the dilemma publishers have between developing their audiences at their own branded sites versus ramping up their activity on social platforms?

The emergence of social channels has undoubtedly allowed publishers to more easily drive their content to where audiences are, rather than simply hoping to attract them to their branded sites.

As such, in recent years we have seen publishers focusing on ‘going where the audience is’ – the feeling being that consumers are fragmented and it’s up to the journalists and editors to bring the news/content to them wherever they are.

Some even went as far as to shut down their websites altogether – believing that engaging audiences with their content in the social space was enough. In 2015, for example, NowThis News eliminated its website altogether, its view being that its audience resided primarily on social media anyway, so it was better to focus on publishing work directly to platforms like Facebook and Twitter.

However, the fact that more people are getting their news via these platforms rather than through the publishers themselves is threatening to squeeze publishers out of the distribution equation altogether. In short, if they go too far and push all of their engagement on to social platforms, their own sites may become irrelevant – lacking a value proposition whether commercial or in terms of content offering.

Some suggest the power of social platforms will simply be too much to turn the trend of publishers moving their content there. Mobile’s rise will only facilitate social’s growth further, and the fact most social platforms are built on scrolling functionality – which is optimised even further on mobile – means audiences will continue to be engaged by it.

However, there are genuine concerns about publishing strategies too heavily weighted towards social platforms.

Issues of brand affiliation aside, when this trend first emerged a major issue arose in the form of the impact on traditional revenue models: digital media companies had worked for years to lay the framework for a new business model based on driving audiences to websites. All of a sudden, they were being asked to give that up in lieu of letting another company — the platform — sell at least part of the ads and split the revenue.

Many saw the launch as a game-changer. “Facebook Instant Articles is neither an ally nor a threat since the war is already over, and Facebook won,” said Sean Cullen, Fluent EVP for product and technology. “Publishers have no choice but to adopt Instant Articles in order to maintain their existing traffic levels and many will have no choice but to buy advertising from Facebook to grow”

Yet further commercial concerns, alongside those of brand affiliation and building the audience on branded sites, mean we may still see ongoing recalibration of audience engagement strategies in order to strike a balance between offsite and destination site engagement.

What publishers can do…

“Publishers have had a tough time coping with the growing power of social platforms, especially Facebook, as they command attention but don’t always play fair. Facebook continues to err in disclosing accurate ad and video measurements, while Twitter confuses analysts and consumers alike,” says Glaser in his trends predictions. “Their standards will have a wider influence on the industry.”

“What publishers can do in working with these platforms is multifold. First, they must consider whether they want to continue to trust and sustain social media ecosystems (that were built in large part on the appeal of their content), while competing with them for advertising and distribution. And if it is the case that Facebook is not investing in publishers the way they should and Twitter is declining in importance, then perhaps publishers need to invest more in other platforms like Snapchat and Google AMP rather than Facebook’s Instant Articles.

“More likely, publishers will need to work together to push platforms like Facebook to work more closely on initiatives that are a win-win for both sides. Making sure analytics are right, ferreting out fake news and developing long-term revenues for Facebook Live would go a long way towards collaborative goals.”

In a post published to highlight its 2017 trends report, ‘What publishers and brands should expect from social media in 2017’, content curation site Newswhip agrees publishers may be at a turning point.

“The priorities for publishers have shifted. Colossal reach on occasional viral posts aren’t translating to loyal readers. It’s tougher to make every post stand out in crowded, video-filled news feeds. There’s a feeling that endless growth in referrals, reach and engagement is not only tough to sustain, but also might not be the best way forward for long-term development anyway,” it states.

“So then, on the publisher’s point of view, social platforms are becoming more of a place to look to engage returning readers, and to attract new audiences that will fold into a schedule of regular readership. Publishers are trying to figure out how they can use social platforms to support their vision of what their audience will consume, rather than just banking on new formats to carry their entire output.

“The sites that haven’t managed to identify more niche audiences and speak to their interests probably have seen their engagement levels plateau this year. Conversely, there seemed to be a hunger for reliable sources of reporting in specific areas, such as science and social issues.

“Figuring out what’s actually resonating will be a big challenge for publishers and content creators going forward.”

Of course, there was one issue that became a major topic for debate in 2016, which may yet play a pivotal role in the way publishers use social media going forward – that of ‘fake’ or deliberately misleading news.

Thrust further into the spotlight by the lead up to the US elections, fake news has led many to question the validity of content appearing via social, and placed many ‘lower end’ publishers on the same footing, from a distribution perspective at least, as more established ‘quality’ publishers.

Yet the focus on fake news could, as Newswhip’s report suggests, be good news for publishers in the sense that it gives them a chance to stand out from ‘the bad guys’ and cash in on their reputations for being established, trusted and thorough.

“There lies an opportunity for media outlets to define what they stand for. Publishers should be looking to define themselves as being credible and authoritative on social media in 2017,” it states.

“Use of social media platforms is unlikely to decrease any time soon, so making sure you’re visible to that segment of your audience will remain critical,” it continued.

“In 2017, publishers will need to build trust with their readers, and double down in identifying and properly serving the readers that come back to your page, video, website or even email newsletter, again and again.”

Traditional publishers with long-standing audience relationships and brand equity are potentially better placed than anyone to do that.

The 41st FIPP World Congress takes place from 9-11 October 2017 in London, the United Kingdom. Discounted early bird registration for the FIPP World Congress is available until 31 July, while those interested in sending delegations (5+ people) can get in touch with Claire Jones to discuss custom packages. Contact John Schlaefli to discuss sponsorship opportunities.