One man who is very well placed to explain the potential of the technology in the media is Ingo Rübe, CTO at Burda Magazine Holding. At Digital Innovators’ Summit (DIS) taking place on 19-20 March 2018, he will speak about how Blockchain can potentially replace intermediaries in publishing.

Here Ingo explains what the technology is, points out some of its limitations and references how he thinks the media might use it.

Can you give a quick explanation of what Blockchain is?

I do not think anyone can do this, so I will pick some key features. Blockchain is a kind of record. In our culture, we normally use centralised records. A bank account is a good example. Even though I might say “my account”, I do not own it. It is a record on a central server within my bank. The same happens with the bookkeeping in my company, the land titles of my city, the registry of citizens of my country or any other ledger or database we use. Those centralised ledgers generate trust.  Even though you might not know me, I can prove with my identity card, issued by the German government, that I am German. I can sell you something without checking if you have enough money, because I can withdraw from your bank account. You can prove that you own your house by having the land titles office stating the ownership. We generate trust between arbitrary people by trusted third party entities. It has become so much part of our culture that we do not think about it. Even worse, it is very hard for us to imagine how to establish immediate trust without a third party trusted entity.

But there are some issues with central entities:

The idea of Blockchain is to turn this around and to give the power back to the people and to reduce the security risks at the same time. 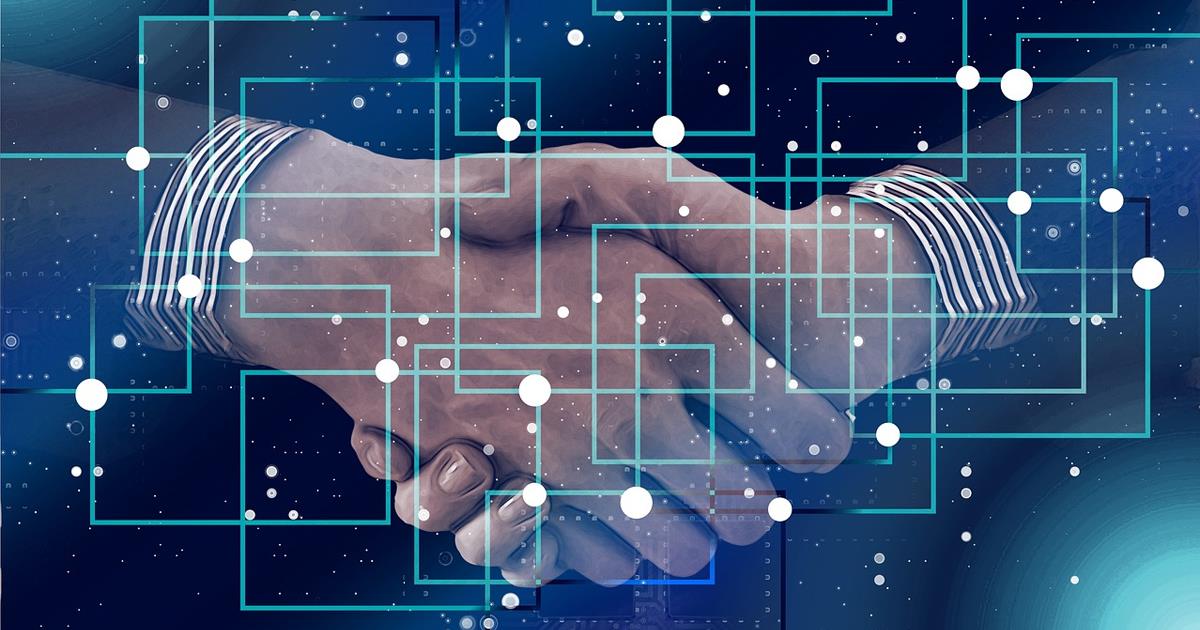 Think of a decentralised ledger. A ledger which is not kept by one institution, but by many, many people. And don’t think of a ledger where any of these people just holds a part of the ledger and all together they know the truth. Think of a network of people where everyone holds the complete information history. The clear advantage of such a system is: it cannot be successfully attacked. Even if a hacker breaks into a system or a system crashes, there are still thousands of other systems with the same and correct information. The second advantage is if you make the system permissionless and invite any person in the world to become not only a user but also one of the book-keepers, there is no central institution anymore that could misuse its power.

The problem is of course appending a new record to the system. Each of the thousands of keepers has to add it to their book. And they all have to check if the record is correct. For example, when you send me money: was it really you who accessed your wallet? Was there enough money in your wallet to make that transaction? Did you try to send the money to two people at the same time?

Blockchain uses cryptology and consensus algorithms to solve these problems.

When a record is verified and approved by consensus, it is appended to the ledger of all book-keepers and stays there forever, immutable and readable for anyone. This generates multiple sources of truth and they all have agreed on the same truth, which generates trust. The result is an immutable, democratic, secure, permissionless trust network which works without a central entity, only operates by the book-keepers and is monitored and governed by an open source algorithm, which can be checked for flaws or back-doors by anyone. One can use it for money transfers (like in Bitcoin), to store and execute contracts (like in Ethereum), for land titles, for identity verification, in logistics and thousands of other cases where records need to remain immutable and publicly verifiable.

The disadvantages of a system like that are easy to see. It is extremely expensive to hold all records forever, duplicated thousands of times and always online. And of course the system is much slower than a central database, because any new record has to be approved and distributed and a consensus has to be found, if it is valid.

And what is Blockchain’s relationship to Bitcoin?

Bitcoin is an early implementation of a Blockchain. Compared to many others it is quite simple, but it has shown the world that a Blockchain can survive for almost a decade and generate a value of US$100bn without any successful attacks. 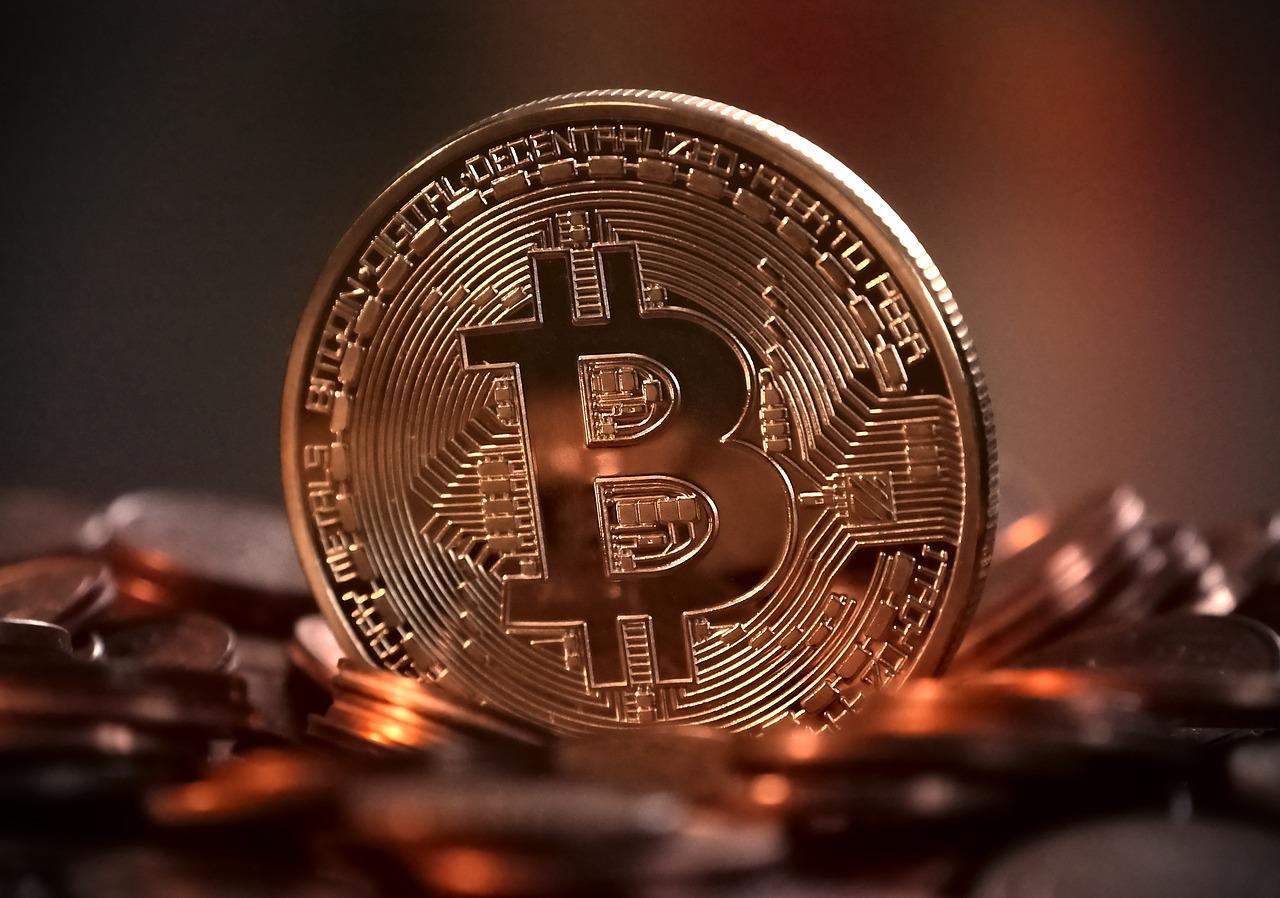 There has already been talk of how Blockchain might be transformative for publishing. Can you explain first how it might work with advertising? Could it improve programmatic advertising?

Programmatic advertising is about negotiating deals extremely fast. The deals are immediately executed and the results can be forgot after payment. That sounds to me like the last thing one should use a Blockchain for. But there are many other impacts Blockchain will have on publishing.

Blockchain replaces intermediaries (this is what I will speak about at DIS 2018). In my opinion the biggest threat to publishing are intermediaries like Facebook, Snapchat and others. I also think Blockchains, combined with off-chain technologies, will enable online micropayments, which will enable us to charge fractions of cents for reading articles, rather than having our readers paying with their attention to advertising. In such a scenario, advertising could become content with a negative value, which might pay for page or video a user wants to watch.

Which companies are already experimenting with Blockchain in this way?

We see a lot of efforts in diverse directions. It is important to understand that Blockchain is very new. Do not expect running applications with more functionality than keeping a bank account in the near future.

How might Blockchain work in securing intellectual property and innovation processes?

There are a lot of efforts, too. But this is a very, very complicated task. Think of all the tiny jurisdictions we have around the world, for example, an American Copyright and a German Intellectual Property have little in common. On top of that, our current Internet does not record repeated use or distribution of content. If I see a picture in my browser, I have already copied it, and no-one can stop me from viewing it again next week or from sending the copy to all my friends. Putting licenses on a Blockchain is desirable, but neither the legal framework, nor our current technological infrastructure allow it. Even though I am sure content licenses on Blockchain will happen, this will take some time and it will generate some unexpected effort outside the Blockchain world. [Burda is exmperimenting “in many ways” with Blockchain, Ingo says].

There is quite a buzz about ICOs (Initial Coin Offering) at the moment. Can you see media companies using them to raise money. What type of services/offerings do you think they will make?

A typical media company does not produce basic software infrastructure. If it does, ICOs are a good vehicle to raise money for protocol implementations.

What ultimately are the limitations of Blockchain? Is there a possibility that it is just hype?

I think in 10 years from now, Blockchains will be part of our lives, just like the Internet is today. But we‘ll have stopped talking about Blockchains. They will be an underlying technology like TCP/IP or SMTP are today. We will call the whole thing ‘Internet,’ maybe ‘Internet 3.0.’