Kreimer, who presented at today’s Digital Innovators’ Summit in Berlin, said his particular interests lie in drones, 3D environments, 360˚ video and the interplay of all of these. Since consumer drones were first made available in late 2011, he’s been pushing their limits and testing their potential, working with drone videography across the world – with AfricanSkyCam, the Times of India and other companies in East Africa. 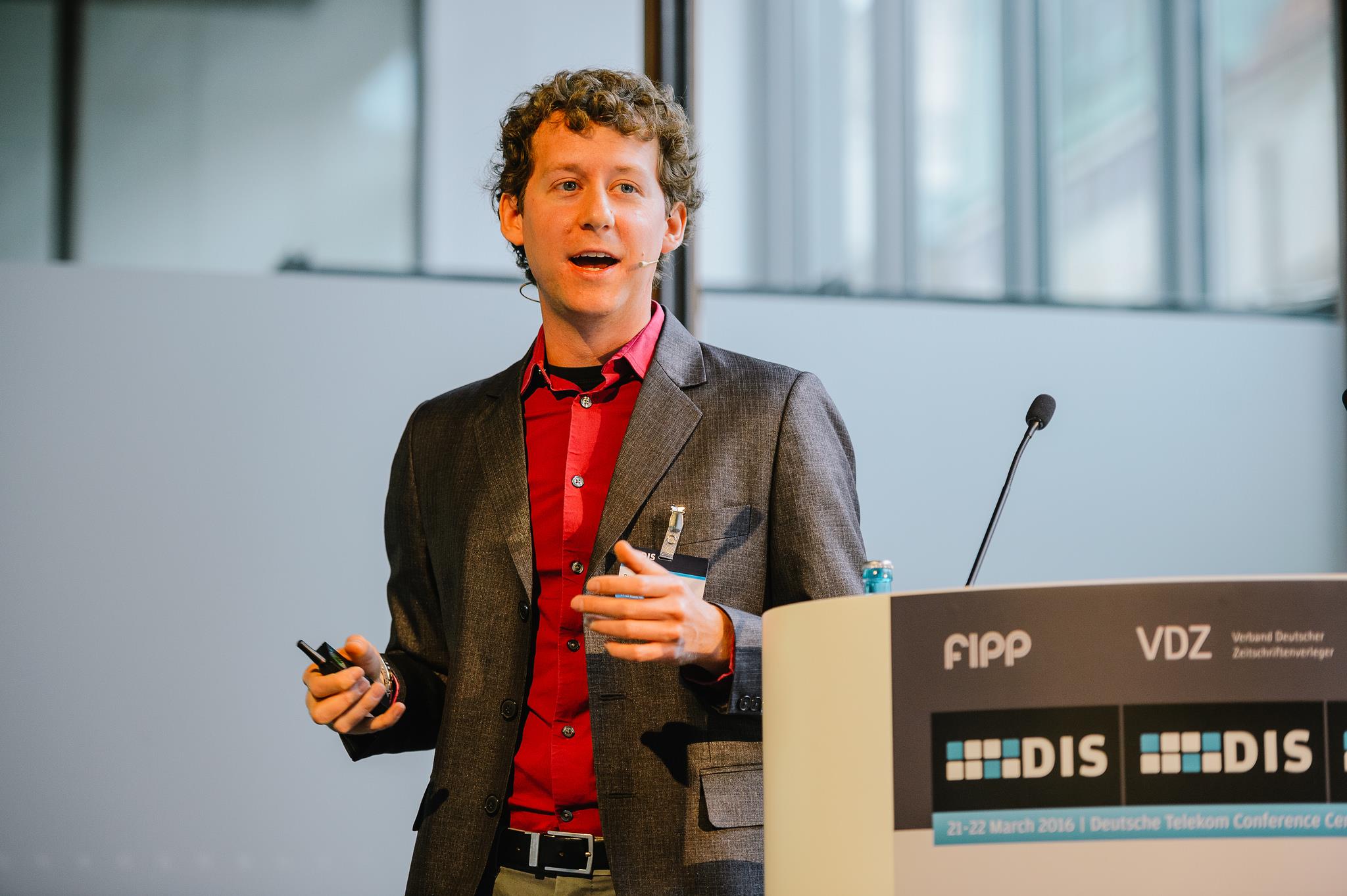 As with any emerging tech, there was a lot to figure out, and lots of issues. There were some great successes, though, such as flying around a giraffe’s head and other amazing interactions with wildlife.

Kreimer also highlighted the importance of data journalism. As he explained, it’s now possible to use software, such as the freely-available Autodesk Memento, which stitches together images taken by drones to create 3D reconstructions. Anticipating questions, Kreimer highlighted that the point of creating these 3D images is the ability to put people into a real space that actually exists – to take them to a part of the world they might otherwise not see, such as a mosaic in Greece, and to encourage interaction and exploration. It’s not just a video; you can actually ‘fly’ yourself around it.

Then Kreimer explained the relatively new concept of 360˚ video. For one of his first projects with the Open Lab in October 2015, he was part of a team which flew drones into a 76,000 acre area north of the Bay Area in California which had been ravaged by forest fires. The “Valley Fire Project” involved drone footage and interviews with people affected by the fire using 360˚ cameras, such as the Kodak SP360 4K, Ricoh Theta, and GoPros. In Kreimer’s experience, GoPros are the simplest to use as you can link two cameras so that they’ll be perfectly in sync. They can also be attached to helmets, enabling 360˚ video from a human perspective.

So why 360˚ video? Again, Kreimer emphasised the fact that it places the user/media consumer directly into a space, encouraging interaction and (limited) exploration. It means the consumer is no longer just an observer, and provides an important opportunity for journalistic transparency. To end, Kreimer predicted that 360˚ video is the future, and recommends that anyone planning to use it not to overcomplicate things – host the video in the browser (don’t make people download an app) and use simple cameras that won’t distract you, such as GoPros.

Afterwards, Kreimer answered some questions from the audience. He stressed that there are some legal issues with using drones, such as limits on how high consumer drones can be flown or even total bans, but he hopes that countries will move towards making it easier for consumers and journalists to make use of drones.

In response to a question about his personal investment in these new technologies, Kreimer answered that his personal interest is in investigative pieces and thinks there’s real potential for this to grow, e.g. reconstruction of events, almost like virtual reality.

Finally, someone asked whether we should ‘Photoshop out’ images of journalists to make better video. In response, Kreimer emphasised that he’s in favour of journalists staying in the shot, and doesn’t like the idea of just setting up a tripod and letting it roll as this makes it seem more ‘scripted’, involves a set-up process, and reduces transparency.

From BBC to BuzzFeed: lessons in mobile publishing