As people are spending more and more time on their mobile devices, it is only logical that media spending is shifting to mobile as well. 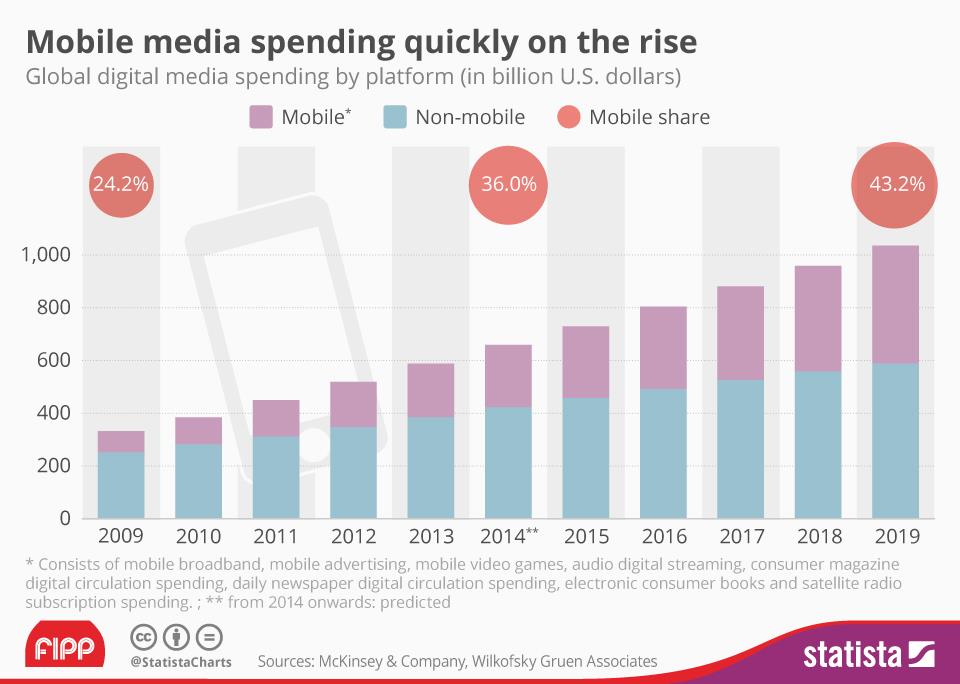 In some cases, the mobile shift will come even quicker. Take Facebook for example: The world’s largest social network began selling mobile advertising in 2012 and now, three years later, mobile ads account for three quarters of the company’s revenue.

More from Statista, the statistics portal