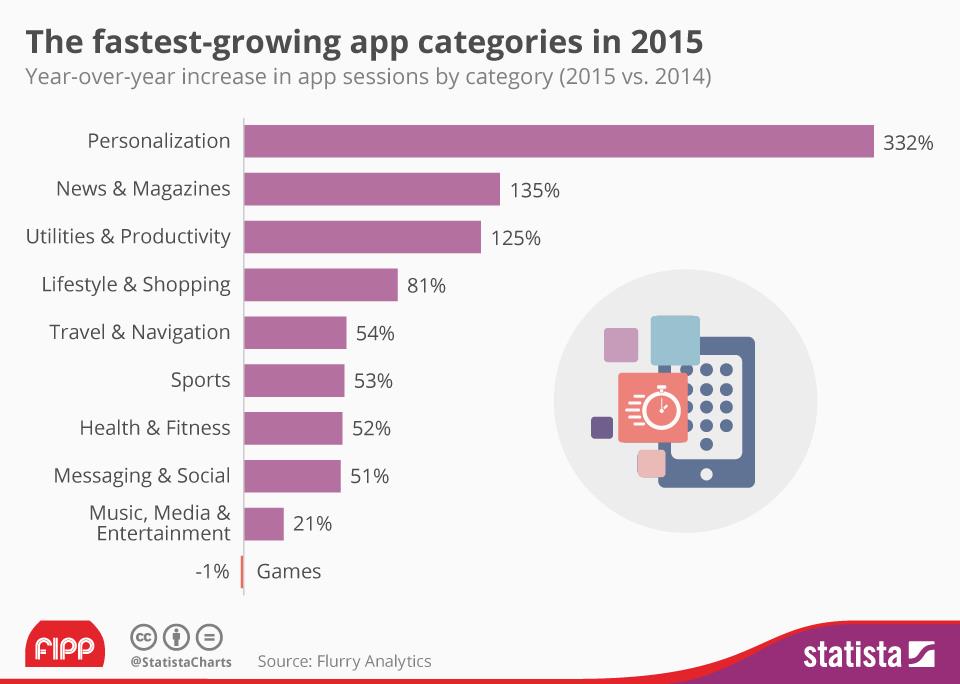 When the first iPhone was released in 2007, there was no App Store and the idea of a phone doing all of the stuff today’s smartphones are capable of seemed ludicrous to say the least. It was the introduction of apps that really started what we consider the mobile revolution in retrospect. According to Flurry Analytics, a company tracking usage across millions of apps, global app usage increased by 58 per cent in 2015 (compared to 76 per cent in 2014 and 103 per cent in 2013).

Personalisation apps (e.g. emoji keyboards or wallpaper apps) were the fastest-growing category in 2015. App sessions (that is the number of times a user opens an app) increased by 332 per cent in this category. News & magazine apps were the second-fastest growing app category in the past 12 months. As smartphone screens keep getting bigger, consumers are increasingly open to consuming content on their mobile devices – a trend that publishers should be ready to take advantage of.

Chart of the week: Advertisers choose publishers over networks for online ads

Chart of the week: The growing importance of influencers