According to recent estimates from Merkle, Instagram, which is owned by Facebook, experienced a 114 per cent increase in web referrals. Facebook and Pinterest both saw modest year-over-year traffic growth. It was not all good news for social media sites; YouTube’s traffic flatlined, despite posting strong gains in mid-2018, while Twitter’s traffic growth shrunk by eight per cent in Q1 2019. Overall, website visits from social media accounted for over four per cent of all site traffic and five per cent of all mobile visits in the first quarter, new highs according to the report.

Instagram has recently made a serious push into the ecommerce and marketing space, by rolling out its tap to shop feature last month. The social network also has experienced a 44 per cent increase in advertising investment in Q1 2019. Overall, Instagram is driving most of the ad investment across all of Facebook’s sites. These developments come on the back of Instagram’s ability to increase in the number of people using the platform, one of the few social networks that have been able to expand usage rates. 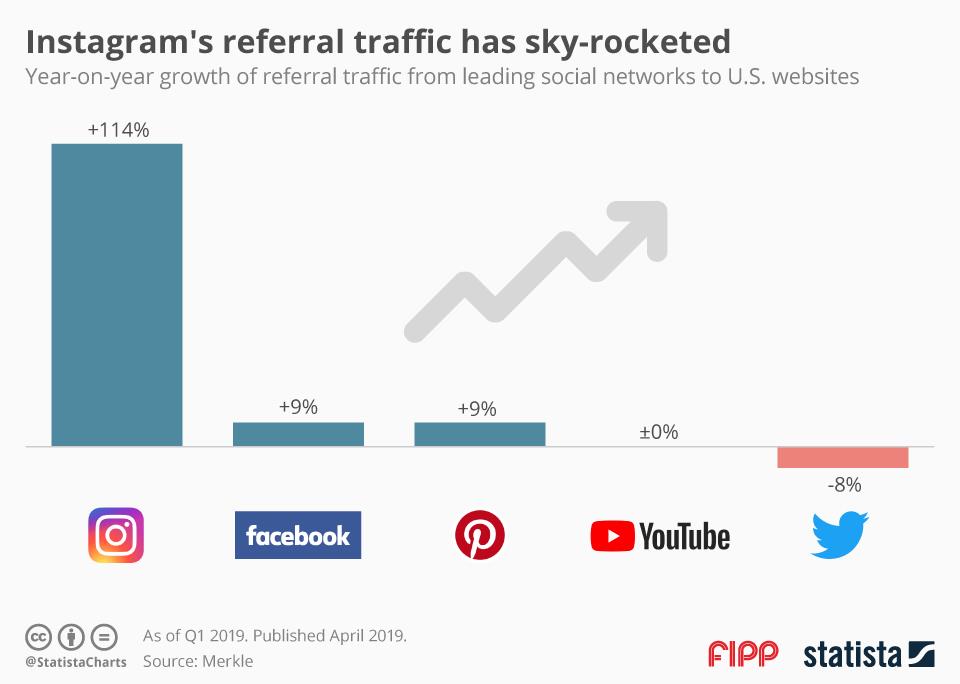 Chart of the week: Pure-play ads have grown by 1,174 per cent

Chart of the week: The UK at the top of European epublishing

Chart of the week: Data use is the biggest hurdle for personalisation

Chart of the week: Is the future of podcasting in the ad business?