For decades, TV was the undisputed number one in terms of daily media usage, and it still is. However, as internet consumption (both mobile and desktop) has risen sharply over the past decade, it looks as though TV’s reign could soon be coming to an end.

According to Zenith’s latest media consumption forecast, the gap in daily consumption, which was 27 minutes last year, could shrink to just 13 minutes this year and completely vanish by 2019. In line with the old advertising adage “money follows eyeballs”, online advertising expenditure is also on the rise and, according to Zenith, surpassed TV ad spending for the first time in 2017. 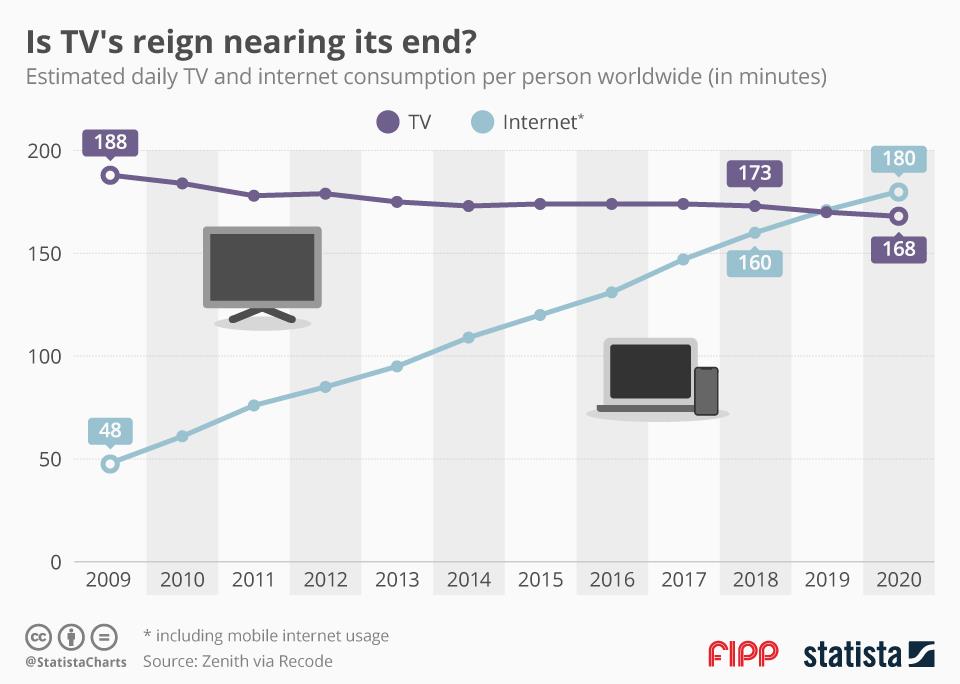