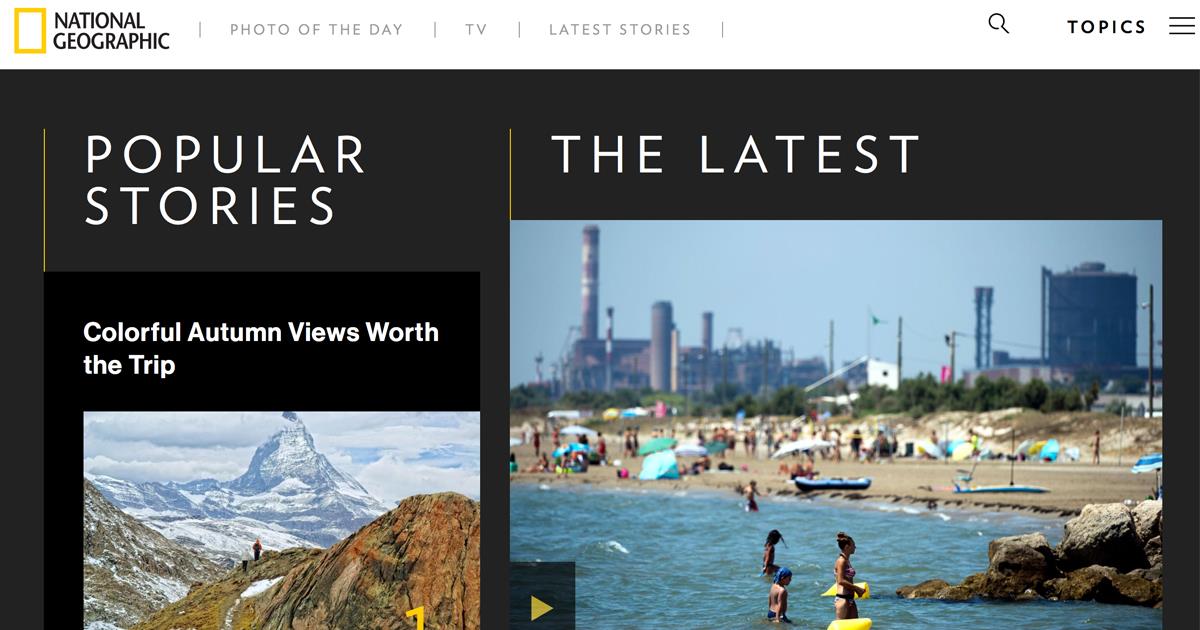 Declan Moore has been with National Geographic for 22 years in various roles and was appointed CEO in 2015. During this time, apart from hard work, he says he has been fortunate to encounter “tremendous mentors and leaders at various junctions through my career” contributing to the success of the overall team.

Moore leads National Geographic with a strong belief in the brand, its purpose and its storytelling. “The thing I think I’ve brought to this is a real belief in the fact that we have built up this consumer brand, a brand with an important purpose for us, which is that we invest in science and exploration, and conservation and education,” he explained. “Our audience shares that sense of purpose and have that belief.”

Additionally, there is a strong belief in storytelling. “I always believe that it’s important to invest in the content and the storyteller, because that’s what makes us different,” he said. “Obviously everyone has a role in moving the brand forward, but, if you make certain trade-offs, I always would tend to err on the side of the creators, the photographers, the writers, the filmmakers we have in the portfolio, because they’re the ones who make the difference.”

***Meet Yulia Boyle, VP of Global Media and Experience and several of her National Geographic Partners colleagues at the 41st FIPP World Congress from 9-11 October in London. Register to attend here***

When Moore first came to National Geographic, the company was a non-profit organisation that was famous for publishing its flagship magazine (with only one local language edition) and had dabbled in television.

There were disparate expressions of the brand that were not always doing them a service, Moore explained. “I spent a fair bit of time getting the right team in place and the strategy to build equity over the long term by consistently delivering adventure and exploration storytelling, or ensuring that we continue to tell stories in incredible ways across all of our touch points,” he said.

Over the years, National Geographic has grown rapidly and now publishes 36 international editions of the main magazine, 15 editions of Traveler, 19 editions of Nat Geo Kids and four editions of History magazine. They now reach 745 million consumers around the world every month in 172 countries, and 43 languages. 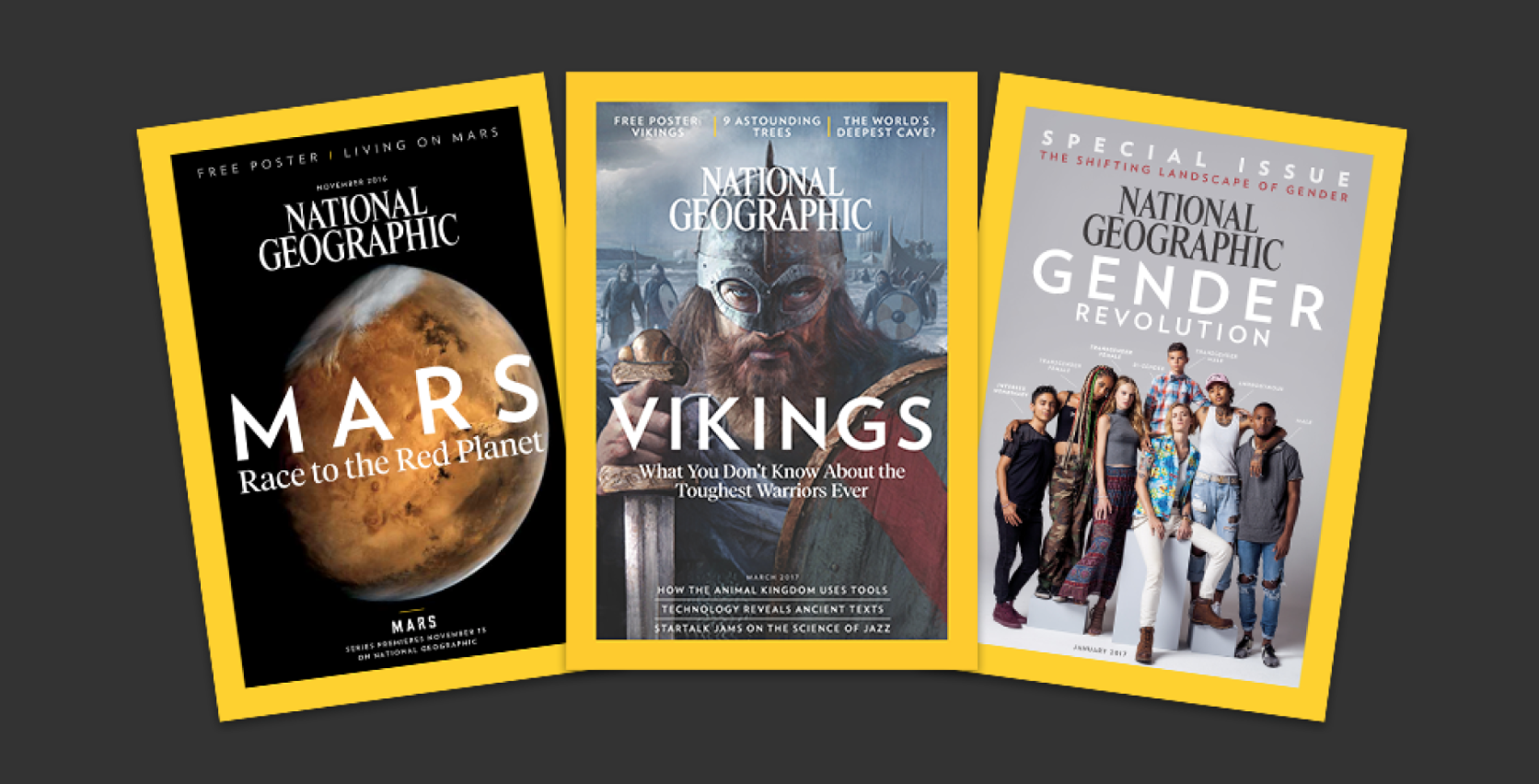 National Geographic began the shift to digital in the mid-2000s, and through a number of strategic moves weathered the massive change in the media landscape. Moore explained that they weren’t cheerleading these shifts to new platforms when they first occurred. “We’d much rather that things were 1995, when we had a much simpler world,” he said. “But, we’re not going back to that.”

Over the decade, National Geographic was in expansion-mode, most notably to platforms other than print. The expansion extended to National Geographic’s television footprint, as well as social media. “Things started to accelerate for us, in the mid-00’s, and we experimented with quite a number of different storytelling approaches, and we were fortunate that digital is a medium that lends itself, social media in particular, very well to visual,” he said.

As society shifted to consuming digital content and products on platforms other than traditional print, National Geographic faced challenges familiar to all publishers: “How do you capture that audience who is refusing to consume content on these devices? How does my brand play in that space? How do I continue to adhere to my core brand values, but by the same token, create success?”

Those are issues they’ve wrestled with, and Moore said the solutions have been different from platform to platform, market to market. “What we do with one publication might be different from what we do with another. It depends on the brand and the position in the market.”

It’s been a tricky challenge in this era of no one-size fits all solution, no silver bullet. “But, we have adapted and we have learned significantly, and we’re very proud of the work that the team have done to establish NatGeo on so many platforms as a global leader.”

“We feel we’ll be able to build an extremely attractive National Geographic experience that combines television, video, news, photojournalism, long-form storytelling, short-form storytelling under one brand umbrella,” Moore said in 2015 of the deal.

The partnership separated the media outlets from the Society itself, allowing the publications to become for-profit, and the Society to continue on as a non-profit working in science, exploration and education. This enabled National Geographic Partners, the media side, a stable foundation to continue its storytelling across platforms, with a diverse portfolio of revenue streams.

Given the pace of change and the amount of volatility that exists in the media landscape, it’s an interesting time to be in the publishing industry. “When you look at all of us in publishing, in media, who are leading at a time of incredible change… It is incredibly exciting, and you have to embrace that change.”

It’s one of continual business model disruption, something that will only continue, Moore suggested. “Mobile will increasingly become the preferred device, they will get faster as the chips get faster, broadband speeds are going to continue to reach consumer demand for high definition, and that’s all going to result in ever-faster change. So, the business will never be as slow as it is today.”

The challenge for leaders is to reassure people that they’re on the right path to creating and unlocking value, that the steps they’re taking are beneficial and important, and to get people to look at change as an opportunity.

“If you define the industry in terms of print publications, I think, people will be in the tradition of harvesting the market as best as they can, as it shifts toward more of a premium product. And, ideally, investing in those areas they have a competency in and they can excel at. I think for the industry, it’ll be a question of harvesting print platforms to invest in their strong brands on other platforms, to become omni-channel dominators.”

‘Looking wherever the consumer wants to engage’

Currently, National Geographic as a brand is managed relentlessly across valuable consumer touch points, while extending it to adjacent spaces, Moore said.

“People respond to excellence,” he said. “It transcends borders and it transcends languages. And, there is appreciation for excellence that is almost universal. And we’ve been fortunate to be able to provide that environment for excellent visual storytellers, most notably through photography, and on these social media platforms that complement the magazine.”

National Geographic is an inclusive brand, Moore explained. “How we play that sometimes is quite a tricky thing. You can’t be all things to all people, I think you’re toast if you do that,” he said. But “I don’t necessarily want to be exclusive, because there are things we can cover that reflect the world we live in today. It’s just so important, that so many more people understand how things work, how we’re related to each other, and by understanding more they’re better informed, and can make better decisions, hold their leaders to better account…”

For National Geographic into the future, there are pockets of opportunity for the magazine, albeit with modest growth, Moore says. “We see it as a premium product, serving niche audiences rather than mass market. We will actually trial a new publication here in the US, in a certain category, towards the end of this year… the same model we’ve used to successfully launch with History.” On the television platform, Moore sees continued growth despite the challenges that exist in that space. They are also investing more in the digitalisation of the business, where audience growth and the monetisation growth have been very encouraging for National Geographic.

The 129-year-old brand that originally focused on geography, science, history and culture known for its dramatic images, now finds itself on a range platforms covering a wider array of subject matter. While still furthering knowledge and people’s understanding of the world, National Geographic is committed to expanding platforms and going deeper. “We’re looking at whatever the consumer wants to use to engage our content,” Moore explained, while “we stay true to our identity, finding out strengths and capitalising on them.”

To reach success, or, tackle challenges of a shifting media landscape, brands can’t be all things to everybody, they must focus, Moore advised. Publishers need to focus on the brands in their portfolios that they have positions of strength in, that they can invest in, build out, and service customer needs on multiple platforms.

“You can no longer have 22 different titles that you can equally establish a position of authority in, in consumers minds, the way you could have in print platform in days of old,” he said. “So, you need to pick one of those areas where you can be the omni-channel dominator in that subject area, and invest in becoming that rather than trying to service a variety of consumer interest groups.”

He also advised publishers to be honest with themselves about the strength of their brands and where opportunity lies. “It’s a question of putting more weight behind the ones that have the opportunity, and that can be hard,” he said. “You’re better to be in control, getting ahead of that transition and that pivot, than having to react to it when you won’t necessarily have the same degree of latitude or flexibility.”

Strong brands have a great future, Moore said. “Throughout the evolution of media brands that have meaning, a purpose and satisfy a need in consumers’ lives have always prospered. I firmly believe that will still be the case.”

*** Yulia Boyle, VP of Global Media and Experience at National Geographic Partners, will be part of a panel discussion on the enduring power of special interest media at the 41st FIPP World Congress from 9-11 October in London. Register to attend here***

Why print can be child’s play

At the new Gruner + Jahr the only constant is ongoing renewal