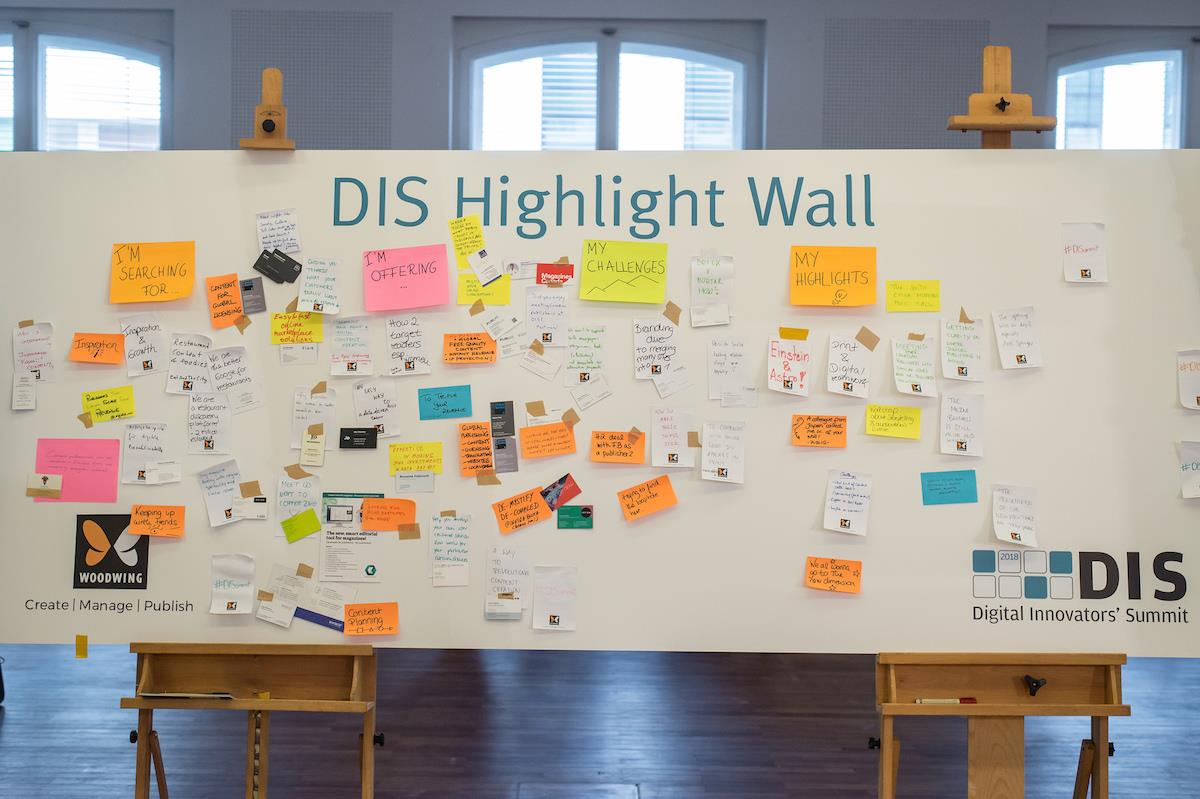 For Hearst’s Troy Young, who delivered a keynote speech on what he calls the “Amazonification of media” on day one, it’s all about being good at selling your own stuff. “We’re aggressively connecting content to commerce,” he said. “The link between inspiration and action has never been clearer.”

Troy outlined how in response to disruption of the media industry — and other industries too — Hearst has mapped the road back to prosperity by focusing on its own products. “If you are not deeply feeding a consumer need, you will die, period. I want you to think about differentiation because it’s so key, and it’s getting harder,” he emphasised during his presentation.

He described the homogenising force of the Facebook feed as the “death knell of the media”, which serves to blend media channels together into “one giant mosaic”. With the luxury of physical packaging gone, brands must use their uniqueness in a bid to cover a wider range of topics, explained Troy. For Hearst, this means identifying what differentiates the brand from others: “Voice, trust, point of view, deep expertise, great service content, local content — the best media brands are stand-alone in a consumer’s mind,” he said. “Viral is not a differentiator.” This “back to basics” approach, looking at the basics of what a brand really represents and trying to adapt that for the digital era, would become a theme in many of the presentations at DIS.

“Cannibalise yourself, disrupt yourself”

Another common theme among the talks was that of practising self-criticism: making the choice to disrupt, or “cannibalise yourself” before anyone else does, as Dr. Andreas Wiele of Axel Springer put it. Put simply, readers will and do pay for content — but it’s essential to keep challenging yourself to be better, and to try different models.

This meant creating the Upday app, which is now the #1 news app in Germany, #2 in France and #3 in the UK. “We’ve got guaranteed distribution, just like the old days when the newspaper was by the checkout,” said Andreas. “Our exclusive deal with Samsung means that via our Upday app people are getting access to our news.” In addition, Axel Springer acquired Business Insider — and it’s grown significantly.

For American Law Media (ALM), the process of disruption had some drastic consequences. Molly Miller, chief content officer, explained that while owning the memorable web domain law.com, brand recognition was a problem; big changes were needed. There were 19 brands under this banner, more than 70 years old, but “not a single title was creating enough traffic to be funded by advertising,” explained Molly.

The solution to this was for all 19 brands to be moved to a single platform in June 2016, served by just one global newsroom. “We had strong brands with rich histories to build on,” said Molly. They kept brand editors but created theme desks to serve each of the different brands, and importantly, tried to differentiate from competitors — who, Molly said, were sending out thinly-produced content that was just good enough, but not in-depth. Additionally, ALM shifted to using one common CMS. They saw results instantly.

“We were surprised that advertisers jumped on it — they wanted to sponsor topics across every network, brand, channel,” said Molly. “We saw a US$20,000 to $175,000 ad spend increase that is still growing now.”

Something else considered by the speakers is how rapidly content distribution is changing. Melissa Rosenthal of Cheddar emphasised that a new generation requires new ways of thinking: audiences consume content differently now, and Cheddar is responding to that. She explained that Cheddar believes in two things: 1) that the future will be on-demand, and 2) short form social content, on Twitter, Facebook and on LinkedIn. “Millennials are not watching television,” she added. “In adults aged 18-24, there has been a 48 per cent decline in cable use. This is only going to get worse.”

Cheddar’s goals, therefore, are to be visually stimulating, and to be a window on the modern world for a young audience. The network covers entertainment, politics, news, financials, technology, business, and media. Melissa pointed to the 180 million views they totalled in October, as well as the 10 million monthly video views.

This was echoed by Helje Solberg of VGTV, Norway’s largest online news site, who talked in depth about how the company had to rethink their strategy as their print circulation declined. VG was at its peak in 2002, but its paper edition has since lost more than 75 per cent of its circulation. Today, VG reaches 56 per cent of the Norwegian population, yet only 9 per cent of this is via paper edition. Embracing digital methods of content distribution became essential to the company’s future. “Social platforms have changed how people consume content,” she said.

Launching VGTV four years ago, the channel invested massively in digital video in response to today’s highly visual society, and the preferences of younger audiences for watching video content. Now VGTV makes use of video in a range of creative ways according to the tone, message, and nature of the story. “We see that demand for video increases during breaking news, for instance,” said Helje. “This makes sense — breaking news is often highly visual news.”

Focus on community to bring in new audiences

Similarly to Cheddar’s singular focus on young audiences, reaching and catering to younger audiences has been a very important consideration for VGTV. The vast majority of its Snapchat audience is below the age of 24, and the company is reaching as many as 400,000 unique users per day on the platform — yet it is far from being profitable for the company at present. “It’s still much easier to monetise content on our own platforms,” Helje added.

The importance of community building was one of the strongest takeaways of Molly Miller’s presentation, and this focus has led to great results for the brand. “We needed to develop something really unique to attract people to law.com,” she said. By harnessing what they knew about lawyers — namely, that they tend to be quite literal-minded people — ALM created content that reflects the concrete ideas they are trying to push out. In particular, the brand’s reporter “dispatches”, such as Trump Watch, have been very popular. “We’re not afraid to showcase junior reporters,” explained Molly.

These dispatches, as well as the Morning Minute newsletter, have brought in lots of younger readers, she added, with an impressive 40 per cent open rate, 1 per cent click through rate, and a 13 per cent audience growth rate per week. “Our audience tends to be 50+ year old white managing partners — we’re trying to shake that up,” said Molly.

A strong focus on brand-building and creating a community was something Hannah Ray, Head of social strategy and storytelling at Vogue, Condé Nast International, highlighted for the audience. Speaking of her particular expertise with Instagram, Hannah explained that it is quite typical for traditional media outlets to merely repurpose content for the social platform rather than seeing it as something that requires attention, and perhaps its own dedicated editorial team, to build a unique style — something she noticed when she first started working with Vogue. “They weren’t treating it as the community platform I knew it to be,” she said.

With 22 versions of Vogue across the world, each headed up by a different editor, Hannah initially focused on talking to them about implementing simple changes such as improved bios, password security, and team set-up. After that, Hannah’s approach to engagement was to treat Instagram as a community platform, not a broadcasting station. “Instagram was never really for brands,” she said. “It began as a way for individuals to share content with each other.”

Vogue’s reputation as a legacy media brand and high levels of trust enabled it to leverage its position on the platform. They produce unique content, such as illustrations and a #DearVogue hashtag project, which invited users to talk about a piece of clothing that made them feel empowered. The #VogueBackstage and #VogueFirstLook hashtags, as well as videos, have really helped drive engagement in the last year.

“A lot of our videos are quite raw and playful; we want it to feel native to Instagram,” said Hannah. “Sometimes it’s just about looking at how your community is already engaging with you, and trying to use and respond to that, sometimes putting them on your platform,” said Hannah. “Some brands just talk about themselves all the time, but your community can represent your brand and be your ambassadors.”

For Troy Young, brands that don’t innovate and analyse their current models and strategies will inevitably die: “there’s a rebalancing that needs to take place now that we don’t rely on advertising revenue,” he said. At Hearst, the flow from content data to product data to consumer data is very much established, so that every time there is an interaction with a consumer, the company can try to learn something about that individual. In this way, a community is built which can then provide useful data and commercial opportunities. “When people care, we can sell them things,” added Troy. “For a runner that might mean ‘ask the doctor’ content, premium training content, limited exclusive product offers, event access, plus a printed publication — it’s that feeling of membership. Remember, lifestyle media is vital; it feeds passions, it creates communities and leads to transactions.”

Dr. Andreas Wiele pointed out that the registration model can be important to developing a feeling of membership, too: the brand makes use of the freemium model, where much of the content is free, but premium content is paid for. “We focus on making strong independent content that you don’t otherwise find,” said Andreas. This contributes to building a sense of community and exclusivity.

Although Hannah Ray noted that Instagram can be hard to monetise, like the other speakers she emphasised the inherent value of community and insisted that it is a worthwhile investment in the long run. “There tends to be a focus on the shorter-term gains for a lot of brands, but putting in the due diligence and the community work will give you a much longer tail,” said Hannah. “Before, people were saying ‘Vogue doesn’t get Instagram’, but now we’re winning awards for the way we use it.” The qualitative and quantitative data backs this up: the brand has doubled engagement in six months, with Vogue India quadrupling engagement in the same time frame.

Hannah emphasised the importance of working locally, and of helping teams to push the right levers and use data to publish the best content. Working across 22 teams, this has been the most successful way of getting them on the same page. Additional training has helped to upskill employees.

This approach was also espoused by Helje Solberg. She indicated that for VGTV, it has been essential to have in-house expertise while taking on new video projects. They recruited externally, but also re-trained journalists already with the company. 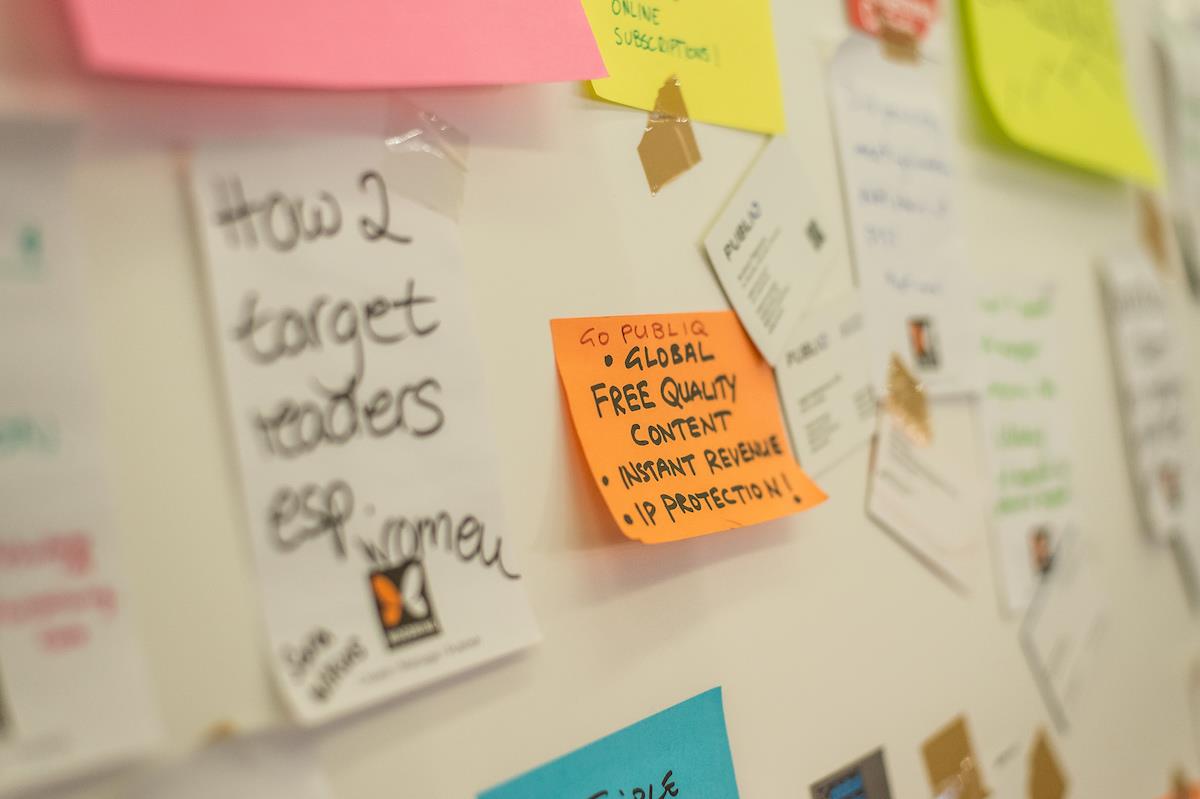 Troy Young of Hearst ended by advising publishers to get good at selling their own stuff, and at closing the loops between views and consumption: “Selling results is the future of advertising,” he said. “At Hearst, we buy media and create experiences for ourselves. We close our own loops.”

He ended with a strong message reflected by the other speakers: “Facebook will not save you,” he said. “Big audience is cool, but deep segmented active paying audiences are cooler.”