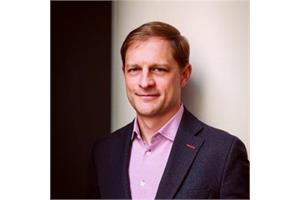 Bloomberg is one of the largest and most influential business media organisations in the world. It is also one of the most agile when it comes to innovation.

In recent years the Bloomberg team has combined new technological platforms with a commitment to producing groundbreaking content, and has been rewarded by seeing a significant increase in the volume of its distribution partners.

At DIS 2017 (19-21 March 2017), the company's general manager and global head of media distribution, Josh Rucci, will explain how Bloomberg innovates at the intersection of media and technology to create new revenue opportunities. Here he gives us some background on how his team operates, discussing new opportunities in video and audio, as well as the potential of developing markets.

How does Bloomberg go about selling its content to publishers?

Recognising the importance of discovery, we invested in content platforms that allow our customers to search, preview and download our text, photo, video, and graphics. So, for example, if a UK publisher is newsgathering on a trending story, seeking global context on a topical matter, or needing a photo or video to increase engagement, he or she can search and preview content on our platforms, and easily download material to publish. Our platforms are easily accessible at mediasource.bloomberg.com and bloomberg.com/distribution. 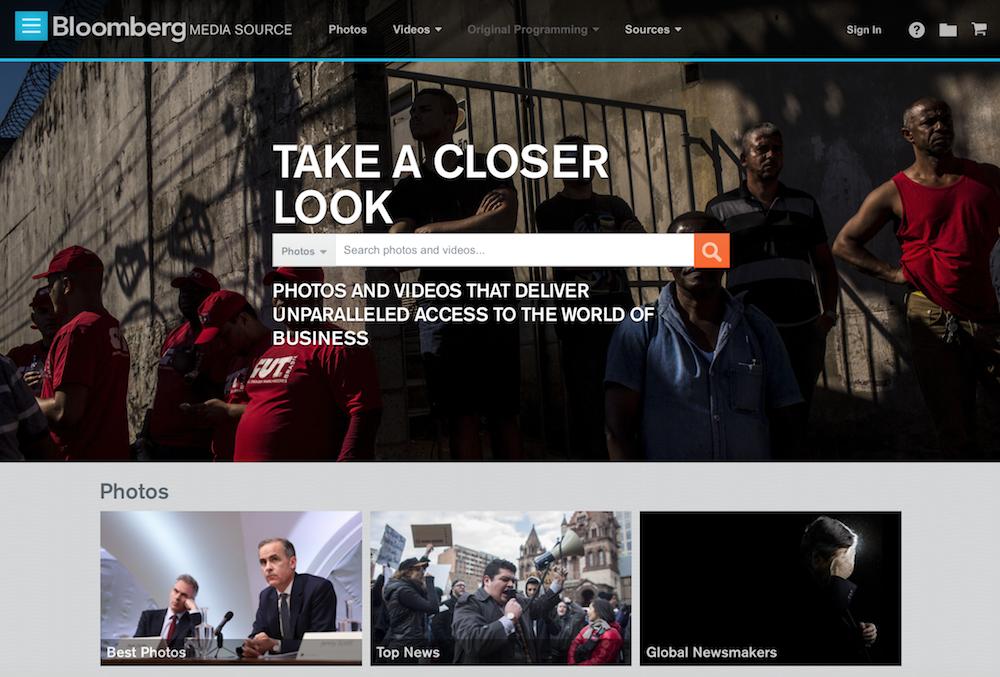 In addition to this, starting in 2013, we made a big push to get into new media segments. We grew up in the daily publishing world through text syndication, and distribution of Bloomberg TV through traditional operators. Our expansion into new content verticals (e.g. Global Business and Technology) and discovery platforms have enabled us to grow market share among broadcast producers, trade publications and educational providers. This ultimately expands awareness, influence, and revenue for Bloomberg, and has a virtuous effect on further investments in platforms and service.

On a customer engagement front, our Insights team runs a series of webinars that feature our top leaders and talent on the news. We also hold customer events within our 152 news bureaus, and create surveys to capture what is important to all of our clients. These campaigns allow us to better serve the market and direct sales efforts.

This footprint and activity has yielded positive results on client acquisition; we signed 145 new clients in 2016, compared to 27 in 2012. We still see upside in this business, and are targeting specific regions, product lines, and customer segments to drive meaningful growth in 2017.

What’s the biggest hurdle you face in selling your content?

A lot of people don’t necessarily know what Bloomberg can offer as a comprehensive solution. We’re known fairly well in the financial market space, and people understand we’re a business provider. However, too few people see us as really the only truly global technology provider –in terms of technology news – and that’s just one area. We’re expanding our award-winning US politics coverage to create a global politics show in 2017. We create beautiful luxury content--especially video--through our Pursuits brand.  And we just started representing third parties in syndication, which help us broaden our offering in areas like entertainment via Hollywood Reporter and Health & Science via STAT News. I think there’s a lot that Bloomberg brings to the table that is not necessarily common knowledge. And that’s our job – to better educate the market on that.

You mentioned video content. Is video now the biggest opportunity for growth?

With mobile technology it’s never been easier to create video, which has led to barriers falling. It’s our fastest growing business from a distribution perspective. That said, it is not our biggest; text remains our largest, and grew in double digits for us last year. We really see the future as one of integration, and what we’re very set upon doing is looking at the packaging of text and photos, text and graphics, text and video. As consumers become more sophisticated, they are going to want to see as much as possible in as little time as possible, especially as discoverability via mobile devices gets easier.

So video is important, but we think integration is absolutely crucial in order to tell the whole story. And that’s the direction of travel that we’re going in.

Do you have a sponsor in mind when you produce video content, or is the content created and then you seek a sponsor?

Both, but here’s why: One, we’ve got a 24-hour global television network to fill every day...  So some daily news programs may launch without a headline sponsor; on these, we look to monetise organically through advertising and distribution.

That said, it’s certainly expected of our leaders and our group to be entrepreneurial in our approach. We’ve got these terrific storytellers, through our 2,600 journalists and 500-plus person television and video production staff; this in tandem with our access to global business leaders is a powerful combination. So we’ve also created pilots and looked for sponsors to see if there’s something there. And we’ve been fortunate enough in 2016 to have three really big hits.

There’s a series that was conceived by our staff in Asia called Brilliant Ideas. This is an art series, as opposed to traditional business-minded programming, which profiles emerging artists around the world, and gained swift interest from our advertisers, and has resonated well with our consumers.

We also had a global tech programme called Hello World, hosted by Ashlee Vance from our Businessweek team. The approach here is the fact that technology innovation happens everywhere – not just on Old Street Roundabout and Silicon Valley, but in Iceland, New Zealand, Chile, Russia and all around the world.  Our knowledge and access to these locations made for an engaging series which attracted a leading global technology firm as a sponsor.

Last is a world affairs programme called Big Problems, Big Thinkers, which tackles some of the most challenging issues facing our society and planet. Perspectives in the programme came from leading thinkers, ranging from Warren Buffett and Steven Soderburgh to Michael Bloomberg. This approach was attractive to a longtime sponsor who committed to three episodes.

So in a nutshell, we do both of these, but we’re fortunate enough to do some of them organically, and some with more of a commercial output in mind.

Moving on to talking about podcasts now. There’s obviously a massive boom in audio content. Do you think it is just a fad, or are there very real possibilities for publishers in general and for Bloomberg specifically in this space?

Audio is how we got into the business! Back in 1982, it was our first foray into media, so my answer will be incredibly predictable. We think there’s a great future in audio, and not just podcasts. Audio consumption has never been higher, given the advances in home entertainment systems, and in mobile phones, in tablets and also in cars.

While we’re seeing great demand for our podcasts, we also have interesting opportunities around audio streaming through digital platforms. A related area is daily hits, where we create periodic audio updates for other media owners. In the US we have a partnership with a media group, which distributes our customised business updates for several affiliates throughout the country. Our heritage and our continued investment in radio have contributed to its commercial success, and provide a framework to replicate in other markets.

I think outsourcing can be a bad idea if not done for the right purpose. Readers are curious, if not directly impacted, by an interconnected world of business, technology, and government. If a publication recognises this, they can make an educated decision whether to cover this themselves, or to rely on a trusted source such as Bloomberg, in order to redouble their efforts in areas of strength (for example, regional news, sport, films, etc). In short, outsourcing, if done with a focus on the customer, can be a very smart, cost-effective manner of going to market.

What advice would you give to publishers looking to sell their content? Is it all about focusing on the quality of the content, or is it about branding?

Distribution enhances reach, provides longer shelf-life, and offers an ancillary revenue stream for investment in content. If any of these elements are important, it is worth exploring this type of model.

On branding, almost every publication has a requirement, or at least a practice, to make sure that branding is prominent. So, I don’t think you need to sacrifice brand at all when you go to the market – most journalists and media outlets give credit where credit is due.

On consumption data, digital technology can provide a reservoir to serve and guide how you go to market, or what content you make available. It’s part of the reason we built our own platforms on this to measure demand for specific content.

Media companies also need to recognise the investment it takes to win and to make sure they staff correctly. And if you just want to dip your toe in the water, then there are plenty of partners out there, again be it Bloomberg or any others this space, that can provide a very fast and cost-effective way to test the market and see if this is something that would be valuable to your organisation.

How have you created a more digitally-minded culture within your company, bearing in mind you have a legacy of a lot of journalists who have been working as journalists for a long time, and are not digital natives?

We’ve fully integrated our newsroom to a point where those that write for our newswire sit right next to our digital producers. Our editor-in-chief, who’s in charge of the entire business, sits across from our lead editorial person on digital. So not just integrate, but really integrate – that’s how we started that process.

We've gotten our traditional journalists excited by showing them the data we can generate. The fact that we can show “here’s what people are consuming”, “here’s how they’re consuming it”, both on our own platforms and via distribution, engages our journalists, encourages them to value multiple platforms.   When you can mix in graphics, imagery, and video, it just makes the story that much more powerful than a 5,000 word text article.

And lastly – and this is somewhat tongue-in-cheek but – play on the ego. I mean, everybody either wants to be a movie star, or wants to be a rock star. The fact that we can offer journalists that opportunity through our own capabilities, our own platform and our own distribution, is compelling.

We see tremendous growth potential in the southern hemisphere, including in Latin America, sub-Saharan Africa, and Southeast Asia, as business communities expand in these regions. That said, we still see opportunity in established regions like the US, the UK, Germany, Japan through new products and growing share in specific customer segments.

The thing that’s really compelling about Latin America, probably first and foremost, is language. When we deliver Spanish language content, that benefits not just Latin America, it benefits the US, it benefits Spain, and we’re even doing deals with companies that are based in Asia that want to reach the Spanish-speaking community. Let’s not forget there are over 400 million Spanish speakers globally. Serving this audience via a multi-region production represents tremendous opportunity and scale.

Josh will be at the 10th Digital Innovators’ Summit (DIS 2017) in Berlin, Germany from 19-21 March. Find out more at innovators-summit.com.