Is ‘screen fatigue’ really a turn-up for the books?

Numbers do not lie. Physical book sales are on the up. But to suggest it’s because the world has turned its back on ereaders will be premature. It’s not quite as simple as that… 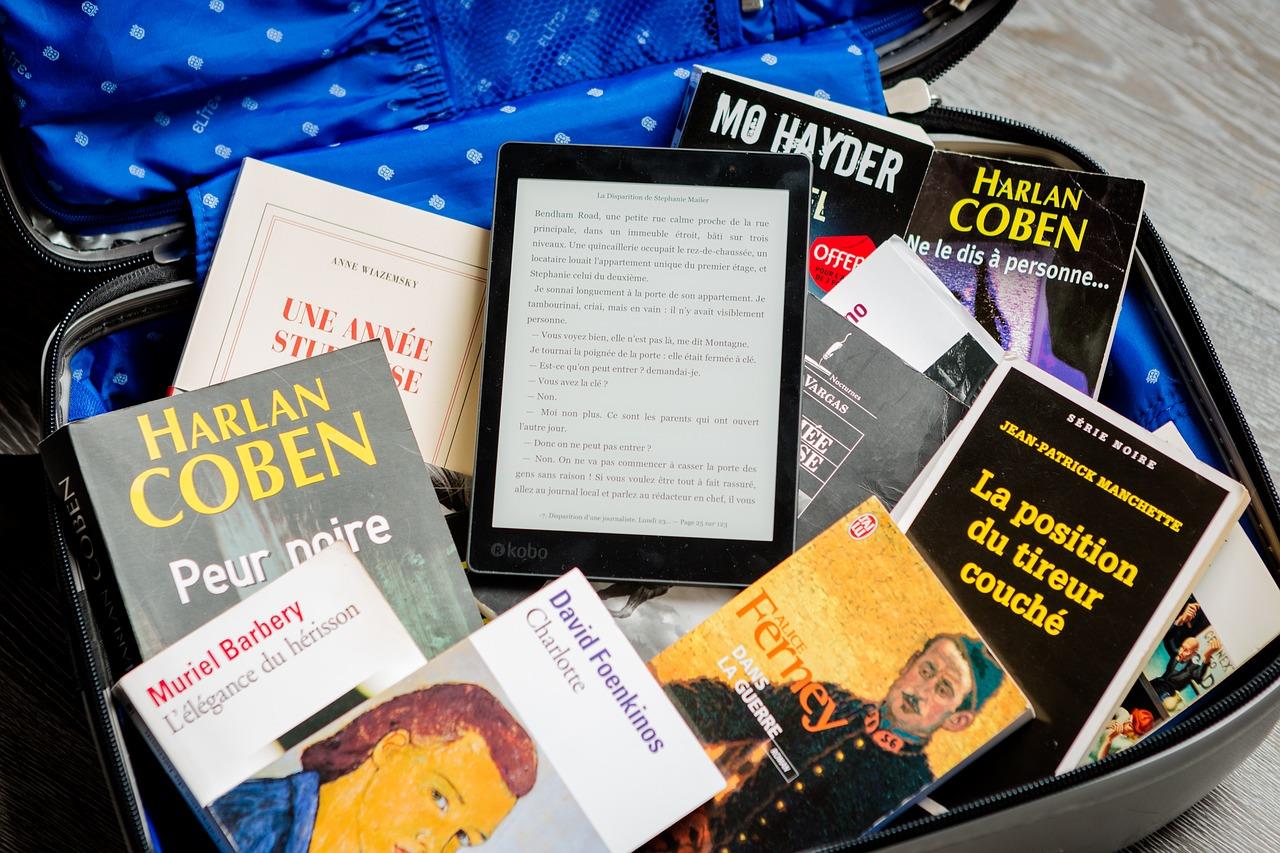 Much have been made of sales numbers - and surveys - suggesting printed books are back. Those who read a lot into these statistics are also those who are quick to point out that ebook sales are slumping.

It is true that in the UK the book publishing industry is breaking records. The Publishers Association announced earlier this year that, according to 2017 figures, the industry earned a record-breaking GBP£5.7 billion (USD$7.4bn). That’s an income increase of five per cent with an increase in exports of both physical and digital books of seven per cent.

What caught the eye of those who wanted to write headlines such as ‘novel revival’ and ‘shelf appeal’, however, was the numbers that showed digital sales (ebooks) were up (only) three per cent, while physical book sales climbed five per cent.

On the Trump-side of the pond, the numbers are telling a similar story. The Association of American Publishers (AAP), released its 2017 US book publishing industry statistics in July. The headline news were the numbers indicating that within online retail channels, 43.2 per cent of sales were print formats, 27 per cent were ebooks, 16.3 per cent were instructional materials, 10.5 per cent were downloaded audio, and 3.1 percent were physical audio (like CDs).

These numbers fueled numerous reports, attributing the trend to a kick-back against a modern phenomenon dubbed ‘digital fatigue’ or ‘screen fatigue’, backed up by quotes from various sources saying exactly the type of things (paper) book lovers want to hear, such as: “People spend so much time on screens that they have realised they need a break. The printed book is back.”

These figures are not new, or surprising. As far back as 2015, the Publishers Association found that growth in digital content sales were starting to decline. London-based market research firm, Mintel, predicted the same. Said Mintel’s senior media analyst, Rebecca McGrath, in July last year (according to a report in The Telegraph) “the print book revival continues as consumers, young and old, appear to have established a new appreciation for this traditional format”.

And when Amazon, the leader in taking retail sales online, opens brick-and-mortar bookstores (as of 2018 there were 17 with plans to expand) packed with physical books, the notion that the book is back is fuelled even further. But a drop in - ‘official’ - ebook sales cannot start the narrative for a comeback story for print. More factors need to be brought into this picture.

For starters, ebook prices have shot up. During last year’s Digital Book World conference in New York City, Jonathan Stolper, senior vice president and global managing director for Nielsen Book, said the return of agency pricing by the (traditional) “Big Five trade houses” in 2015 raised ebook prices by an average of $3, leveling off at about $8 per book. That specific price increase triggered the downturn in ebook sales (for traditional publishers).

Stolper said Nielsen’s Books and Consumers survey found that price is the top priority for ebook buyers when considering which book to purchase. Printed books, however, are not as price sensitive.

Millions of sales of ebooks are not being tracked by the (traditional) publishing industry. Self-publishing outside of the formal sector has skyrocketed since Amazon launched its Kindle Direct Publishing platform in 2011. Most self-published books are sold as ebooks. They cut out publishing cost by sidestepping print and distribution costs, but in the process they also sidestep being counted.

To add to the confusion, Amazon does not report its ebook sales. The closest we will come to guessing the vast scope of the self-publishing industry is a throwaway line in Amazon CEO Jeff Bezos’ recent shareholder letter stating that “over a thousand independent authors surpassed $100,000 in royalties in 2017 through Kindle Direct Publishing”.

Add to this those who choose to publish ebooks through other platforms such as Apple’s iBooks, Barnes & Noble Press (formerly known as NOOK Press), Kobo, Lulu and many more, and it is near impossible to accurately determine ebook sales or predict future sales, let alone accurately compare these to printed sales. 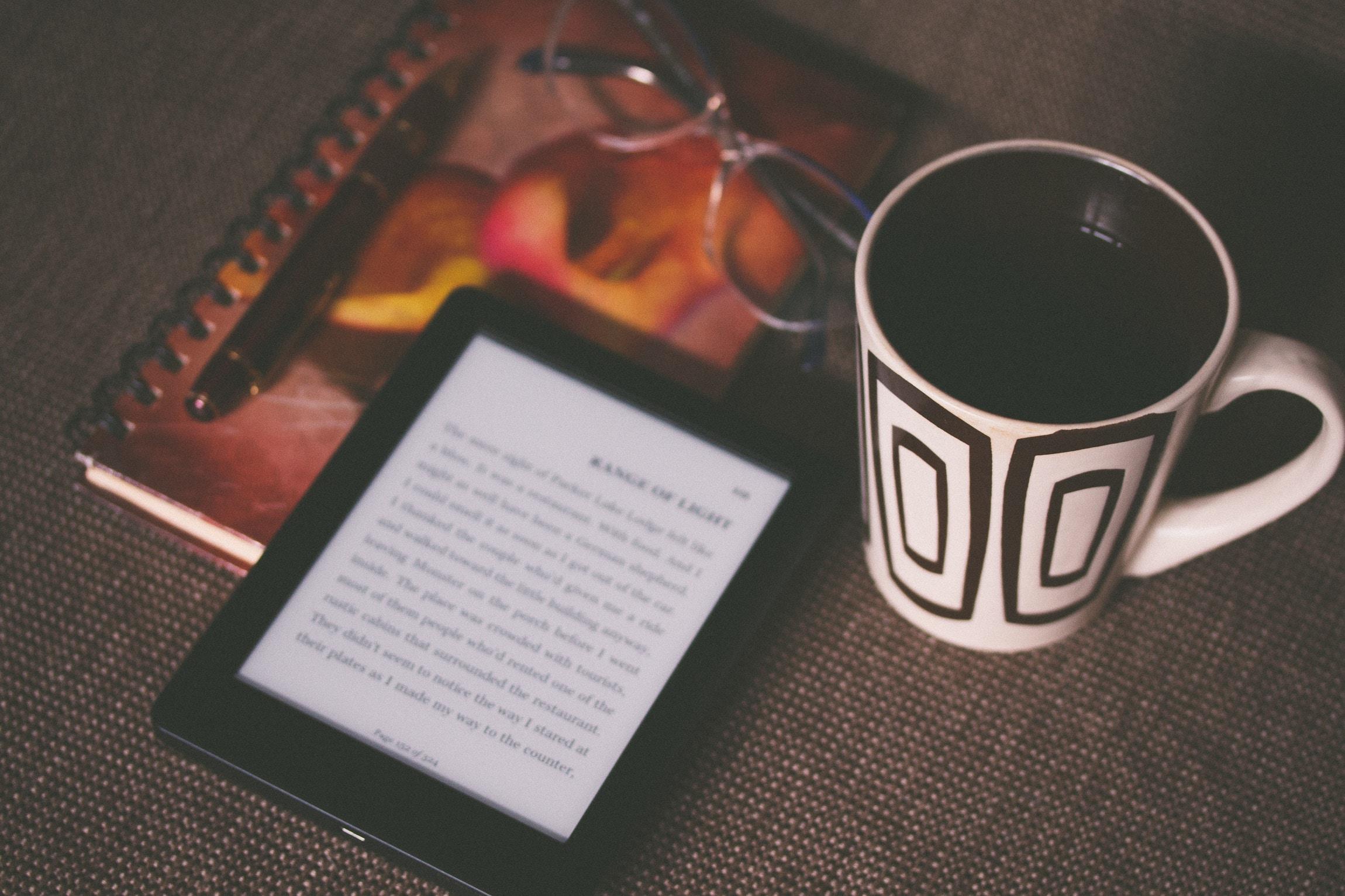 Many assumptions are myths

Many like to believe printed books are favoured by the older generation and screens are for millennials. Media veteran and founder of Precision Media Group Bo Sacks created an interesting platform on his website called ‘Readers Speak Out’ where he allows publishing industry aficionados to respond or debate what is being published about the industry or seems to be believed within the industry.

Book publishing, while not top of the agenda, has received a couple of spats in the past months. Most notable by “a publisher, author and long-time friend of Bo” who writes there is absolutely no evidence to support the notion that older readers favour printed books. “Print books do not skew to an older demographic… adult fiction is at least 50 per cent digital and older readers love ebooks because they can increase the size of the type as needed.” Meanwhile, the young adult market - a growing market - is around 10 to 20 per cent digital… “As for screen fatigue,” he says, “it’s a myth that booksellers and others in book publishing would like to believe.”

Bo Sacks again waded into this conversation by quoting Joshua Fruhlinger of the Observer who says "the Kindle didn't have the same impact on the written word as the iPod had on music".

There are other factors at play as well, including the slowdown in ereader sales in favour of ebooks being consumed on smartphones, the growing popularity of audiobooks and completely unpredictable illogical factors that boosts books sales. Take this one: A YouTube video featuring a Scottish grandmother reading ‘The Wonky Donkey’ to her four-month-old grandson in fits of giggles has not only drawn close to half a million views, in September it boosted sales of the 2009 book to number one on the Barnes & Noble bestsellers list. The original paperback had a very modest print run. Now 75,000 copies are in print in the US.

Are printed books outselling ebooks? Maybe the legendary Calypso singer Harry Belafonte had the answer when he tried to make sense of the story of the birds and the bees in his 1954 song ‘Man Piaba’: “It was clear as mud but it covered the ground. And the confusion made the brain go 'round.”

How DriveTribe has found gold dust in engagement

How VDS brought Top Gear magazine to The Netherlands - and expanded