Holmes has a background in government policy development and strategic relations. His career has included stints as executive director of the Canada Organic Trade Association, board member of IFOAM–Organic International, and policy analyst for the Canadian federal government. He is also an author, a poet, a former magazine editor and National Magazine Award winner. 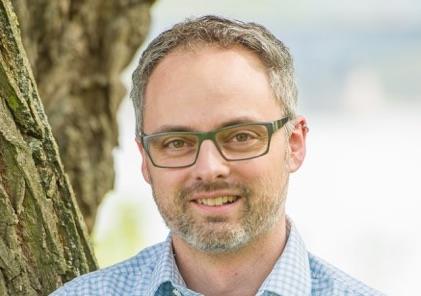 Congratulations on being named the new CEO of Magazines Canada. Why did you sign on for the role?

Thank you! I’m very excited to be taking on this role: publishing and media have always been a passion for me: from sitting on the editorial board of a Canadian poetry magazine to putting out a quarterly trade publication when I led Canada’s organic sector for the past nine years. Coming from a decade of association management in a new and emerging sector, I was also really attracted by the opportunities ahead for magazines in a period of disruption, evolution and change. I’m attracted to dynamic, passionate sectors that bring a broad diversity of players together: and the magazine media have it all.

What is on your agenda for the year?

We have a lot going on! First and foremost, I’m meeting the membership and key partners at Magazines Canada: so I’m attending as many regional meetings and events as I can. I’m trying to use my fresh eyes and endless questions as an asset right now: I’m not coming in with all the answers, new ideas and plans—I’m coming in with all of the questions, including the ones that haven’t been asked. Hearing from the business publishers, the consumer media, and our arts, culture and literary titles is the best way for me to get a handle on the trends, but also any blind spots that might be in the sector.

The year ahead includes some exciting developments: we just announced that the Canadian Business Media Association has agreed to come in under the Magazines Canada tent —so we’re looking forward to welcoming more of the B2B publishers and growing with them. The return of the MagNet conference in June is a major focus for us, coming off the excitement of hosting the FIPP World Congress this past fall. And of course, with a new federal government in Ottawa, we’re doing a lot to build those relationships and position our magazines as leaders, innovators and champions of Canadian content and culture.

Can you tell me about the state of the magazine industry in Canada?

I’m so new in this role that I’m still getting a sense of the bigger industry and major trends, and how those differ from what I’ve seen as a magazine reader and editor over the years. What is clear is that the magazine industry is strong, diverse, and dynamic: with new titles and start-ups all the time. In fact, we’ve had four new members join the organisation in the last month, two of them first-issues; 1,308 Canadian English and French titles were available in 2014, a 36 per cent increase over 2001.

The top 25 print magazines reach more adults and teens than the top 25 regularly scheduled primetime TV shows, with readership consistent across generations and less fluctuation among age groups than TV, internet and radio. Nearly 90 per cent of Canadian magazines are purchased via subscription, with the remainder purchased at newsstand. Most Canadian magazines have evolved their multi-platform strategies with online and mobile platforms, and a large number of magazines also have digital editions for tablets and e-readers, and readership on digital platforms continues to rise. That said though, it’s clear to me that people are still really drawn to print editions: 25 per cent of magazine readers in Canada read digital-only magazines, but 75 per cent read both printed and digital magazines. Considering that Canada has one of the world’s most-engaged online audiences both in terms of frequency and time spent online, this commitment to multiple platforms and media speaks volumes in my opinion.

Canadian publishers face many of the challenges faced by publishers around the world: There’s massive change in the advertising world as clients explore new media and multi-platform options, and no one seems to really know how to measure efficacy or appropriately value that space yet, so there’s a certain amount of trial-and-error and inconsistency out there right now. One of the things Magazines Canada has done in response to this is to work with a task force of our members to develop standard metrics to help demonstrate a digital edition’s engagement and readership.

There is also the continued growth of online and mobile content platforms, which can be seen as a challenge to some of our legacy publishers but also an opportunity for them as leaders in content-creation and audience building. What’s intriguing to me is that it seems that digital and mobile is becoming the new ‘start-up’ space, which makes sense if you think about it as the move from basement- to desk-top publishing. Many of these newcomers want to move toward print—they see legitimacy and value in it—so I’m interested in exploring how we renew and invigorate our sector by building the next generation of print publishers through digital.

Of course, with changing revenue streams and new publishing platforms, the economy is still the driver as ripples from the global recession continue, our currency puts pressure on the supply chain, not to mention the fact that Canada continues to be next door to the largest media producer in the world. And though our audiences have a preference for Canadian content and stories, we are also major consumers of American media of all forms, so that tidal wave of foreign content can at times be daunting for our publishers. It certainly never makes for a dull day!

Mobile and video are growing incredibly fast. How important are these platforms for magazine publishers?

Of course these “new” platforms are very important, but they’re also not an end in and of themselves. “Media” is a plural term, and I think we’re seeing Canadian magazines demonstrate that in their audience development and engagement over any and all platforms, whether it’s print, web, mobile, app—or even exclusive speaking events, public trade shows and ‘experiences’ such as boat cruises with writers and thought-leaders.

Canadians accessing digital content exclusively on mobile have increased by 16 per cent in Q4 2014, including those users who no longer rely on desktop access during the month. Digital magazine readers are split on their magazine format preference: although web editions currently enjoy a small edge over tablet and print editions, reader preferences are very evenly split. Print remains the most appealing platform overall but apps are the most preferred platform among digital-only readers. Magazine apps are second to print among all other reader categories. Whatever the vehicle for delivery, Canada’s magazine media reach millions of Canadians with trusted, original content on multiple platforms. Today’s audience is constantly adapting and evolving: and Canada’s magazine media is adapting with them to meet their needs, find value for advertisers, and connect in a truly Canadian way.

What do you think magazines need to do to stay ahead in the digital age?

I don’t think there’s a one-size fits all approach that works here: there’s no magic formula for digital. Two things come to mind: there is always a link between form and content, and if you ignore that you can end up with something that misses the mark. So for content-makers and magazine media who want to continue to be at the forefront of digital, they need to be very intentional in what they are doing. Ask the basic questions: why are we telling this story in this way? Does this translate from print editions into digital? Does it translate from our digital platforms into print? I think the best examples out there are the ones who aren’t just cross-platform publishing but are actually responding to the medium they’re using to craft an experience and content that fit together and really reach the audience they’re targeting. Another rule: be wary of over-extension: it’s easy to chase after the latest platform or app and ensure your brand is represented there: but everyone can sense if you’re off-tone, ill-fitted or out of date—and that can damage your brand more than just being there for the sake of it.