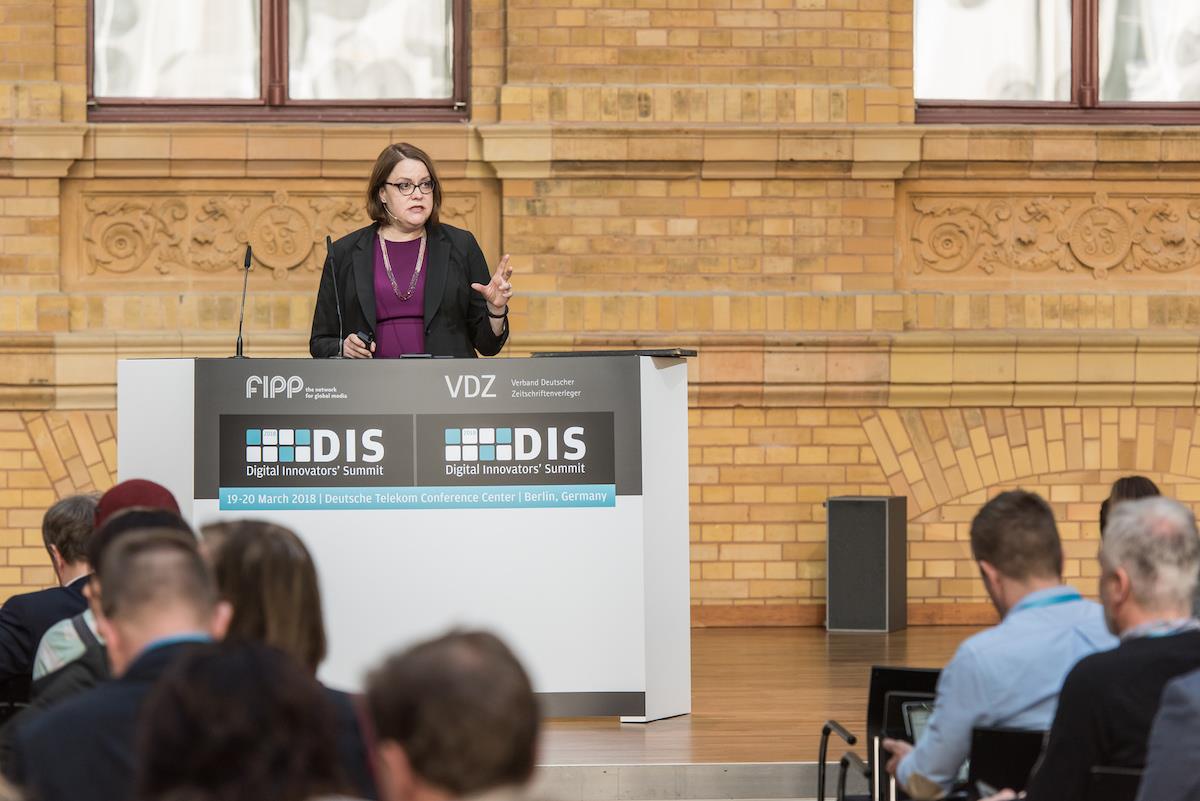 Hoch was speaking at FIPP and VDZ’s 11th Digital Innovators’ Summit in Berlin, Germany where she was among 50+ international speakers and 500+ delegates from more than 30 markets.

The first: whiteboard sessions. “It’s an expert in front of a whiteboard, schoolroom style,” she explained. Like many in the industry, HBR had to figure out whether Facebook Live videos worked for them. “We had a lot we had to figure out with the early videos, what was the right length, what was the right production quality,” Hoch explained. “But, when we could put the expert and their idea as close to the audience as possible, that was the most important thing and a lot of the other details fell into place.”

Evan Baehr was one of the first experts who did a Facebook Live for HBR. “He brought enthusiasm and belief in what we were doing and that resonated with the audience,” Hoch said.

On a related Facebook Live, Evan Baehr examines 10 strategies to get backed.

Hoch suggested that for publishers looking to emulate the Facebook Live experiment, to make sure to find people who believe in live-streaming projects, because their enthusiasm shows and connects with the audience. “As soon as Evan started talking, and believed in connecting with that audience, views and comments went up,” she said.

Since then, Harvard Business Review has filmed and published more than 100 of their whiteboard videos. Popular Facebook lives included videos on the history of leadership, blockchain, to time management techniques, and types of organisational performance.

“The other thing about doing them on Facebook Live platform, was that people wanted to engage with us in that way, which lead us to pursue the format,” Hoch said.

Hoch explained that the publication is now thinking on how to expand the video series. That livestreaming experience on different platforms.

“What we learned with this one, was that we had something in connecting with our audiences,” Hoch said. “When you’re starting something new, you have to decide whether there is a spark with it.

The more frequently audiences engage with HBR.org, the more likely audience members will register for a newsletter or buy a product, she said. And increasingly, HBR is thinking on how this applies to their audiences.

For example, HBR launched a bot on Facebook Messenger recently. “There are a bunch of reasons that made sense for us to launch on Facebook,” Hoch explained. “Facebook has a huge global reach. We were wondering if we should brace ourselves for an onslaught of people adding the bot, but it’s been okay. It’s early in the evolution and lifecycle of chatbots. We’re watching this to see what kind s of improvements we can make. It’s been an interesting experiment to meet our audience where they are.” 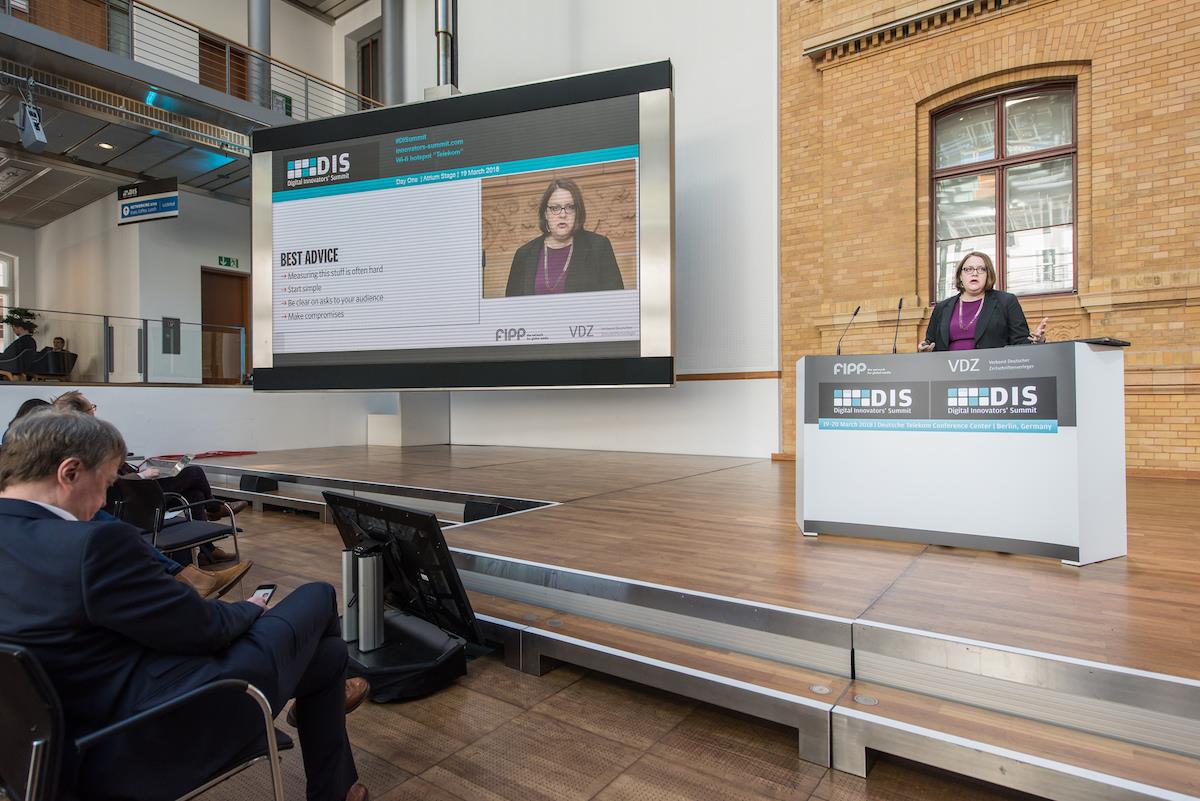 They’ve also experimented with their audio presence, launching two podcasts recently. Dear HBR, with two editors and one expert, answers questions about the workplace submitted by HBR’s audience. The Women at Work podcast is a six-episode series that discusses and untangles some of the issues around being a woman at work. The response to it has been tremendous, Hoch said. “For us, it’s been a great sign that we’ve resonated with a different kind of audience, that we’re reaching a female audience.”

In her presentation, Hoch described ways to deepen the subscriber relationship, which for HBR is happening through newsletters, social media groups and other ways they’re currently researching.

For other publishers looking to emulate HBR’s success in subscriber engagement, Hoch offered some questions: “Why, how, for who and how long? Those last two are the hardest to answer,” she said. “Knowing which audience you’re trying to reach – that is so critical for our experiments – but also the role of community, content discovery and our role in visual storytelling.”

“How do you do something valuable that no one else is doing? That’s the key to some of these issues.”

We are at Digital Innovators’ Summit 2018! Here’s how you can follow it