The publisher has now capitalised on the global interest in vehicles’ ability to connect with smartphone and apps to perform multi-media functions (the so-called ‘internet of things’) by creating a new brand called Connected Car. 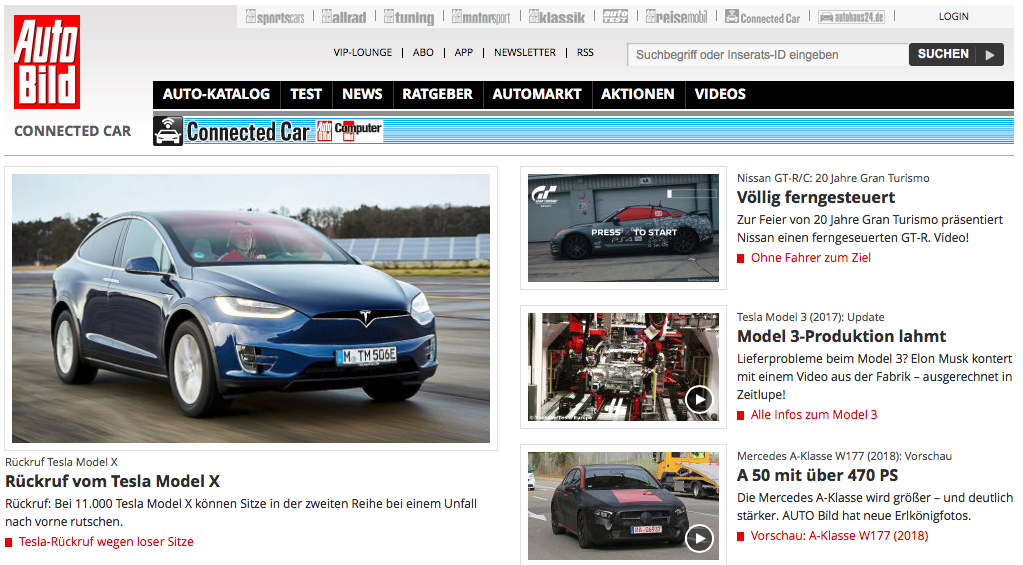 Speaking at the 41st Fipp World Congress held in London, Alexander Broch, general manager: Auto-Bid, explained how they managed to take the connected car megatrend and turn it into a brand, content, product and service.

Broch said the development of the Connected Car brand was based on three main steps:

It was important, said Broch to join forces with two of their existing brands to be able to integrate the brand into Axel Springer’s core business. These brands were Auto Bild and Computer Bild who already had 33.2 million print, online and mobile contacts per month.  By joining with the “editorial forces” of these two existing brands they were able to come up with specialist content on connected cars fit for each publication in both print and digital format. “On the Computer Bild side the content was focussed more on the tech aspects of connected gadgets and not on the vehicles – highlighting the functionalities that it can offer in cars.”

They soon found that the topic of connected cars attracted so much attention and interest that it created an opportunity to spread content to all their other publications including magazines that specialise in recreational vehicles, and more. “To take this a step further, we also came up with special editions for topics that are closely connected to connected cars, such as an ‘E-mobility’ special about electric cars.

Broch said the latter was extremely successful simply because drivers of connected cars are not familiar with the brands whose technology is integrated into the car brands they are driving. “By focussing on the technology we gave these companies a relevant environment to advertise with us.”

The connected car trend also opened up the potential for events and awards. Since 2013 they have been hosting an annual event in Las Vegas to award each year’s top innovations within the connected car sphere.

With the Auto Bild brand being international through various licensed partners in 29 countries, it was logical to also distribute the Connected Car content and advertising opportunities worldwide. “It means that we were able to integrate the topic of connected cars into our magazines, line extensions, events and awards – every section of our business.”

Broch explained that Axel Springer decided to buy an app called Clever Tanken, which is a location based service indicating where the cheapest fuel can be purchased and what the available payments methods are. The app was immediately profitable thanks to advertisers on the app being able to use the location based functionality to offer local specials. The app is also being rolled out for electric vehicles offering information about the nearest charging stations.

When they first started offering the app, they did not immediately realise that they could license the data generated by the use of the app but this soon became apparent. By offering this data they have now secured deals with both Volkswagen and Skoda for the app to be integrated into their vehicles. This happens simply by connecting a smartphone to the car in order for the functionalities to appear on vehicle screens.

“We are now integrated into vehicles to provide a service. This was very interesting because suddenly we were not a media company any longer but a service provider.”

Looking to the future, Broch said, they are preparing to integrate Connected Car content, products and services into driverless vehicles. He said “somewhere” between 2020 and 2025 there will be “a relevant number” of self driving vehicles on the road. “If the car takes care of the driving, this will change everything.

Every concept self driving car already has massive screens in it. For us the aim is to remain close to the development of these new products and be able to integrate our media and services into the cars and profit from it by scaling new revenue streams.”

The Business of Fashion: from blog to international media business

How brands can tap into passions – findings of award-winning Time Inc. UK’s study