Beano and some of the magazine’s most loved characters like Dennis the Menace, Minnie the Minx, Gnasher and Roger the Dodger, have been around since 1938. The weekly magazine, published by Scottish publishing and television production company, DC Thomson, reached close to two million weekly sales in 1950 and after several modern day revamps remains popular with kids, with some of the magazine characters also making it onto the television screen since 1996 via the BBC kids’ channel – CBBC – and Fox Kids.

In 2016 Beano Studios was launched with the task to bring the Beano characters to life globally across all media platforms, including web, television, film and even live performances. The studio reached almost immediate success with the animated series ‘Dennis and Gnasher: Unleashed’ becoming the highest-rated show on CBBC, earning a recent nomination for an International Emmy in the Kids: Animation category. A new live-action magazine show ‘So Beano’ will launch this year on pay-TV provider Sky’s children’s channel Sky Kids and will be available on the Sky Kids app and the kids strand on Sky’s OTT service, Now TV.

The Beano Studio success story was no hit and miss affair, explained Hayley Granston, commercial MD at Beano Studios during the recent FIPP Insider event in London. Data and insight is at the heart of it. 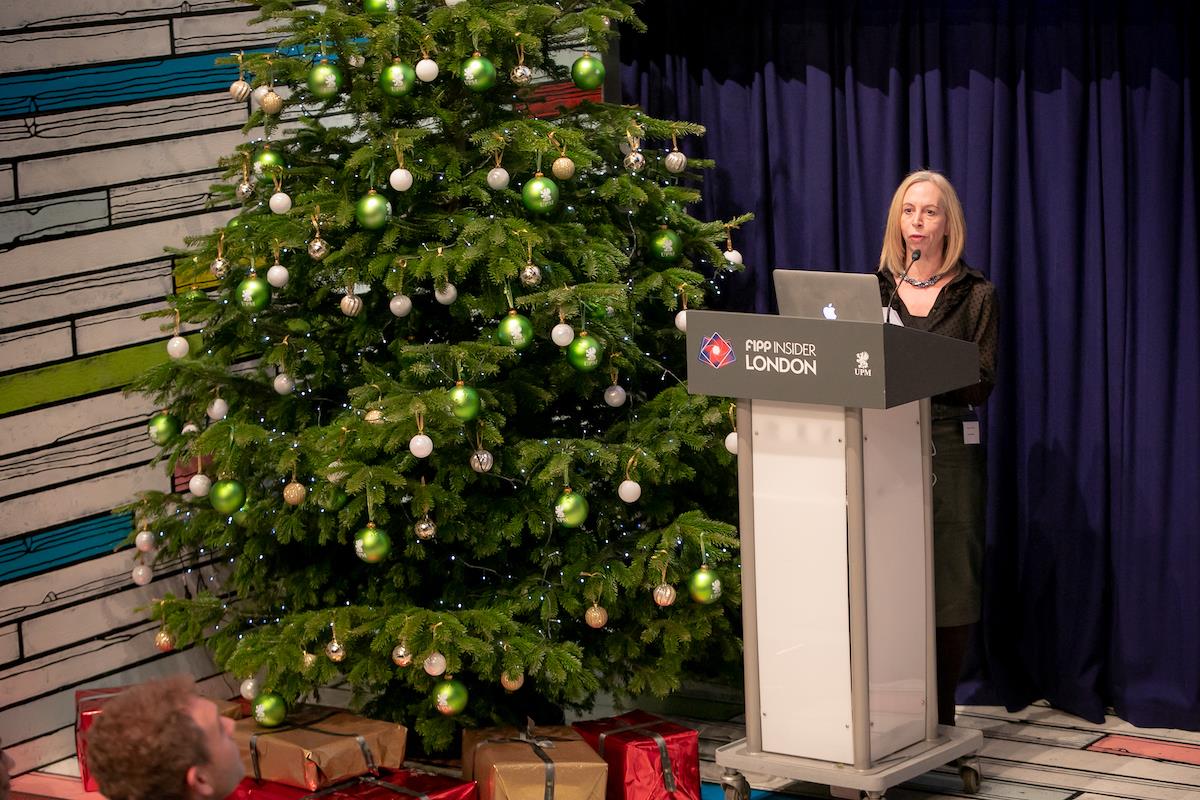 Granston said that when they started out to create content for online and television content, they realised immediately that they needed a reliable insight toolkit to help them truly understand their audience and get under the skin of kids and the trends kids respond to. The toolkit they created for Beano Studios is called Beano Brian. It collects data from quizzes, polls and behavioural trends on beano.com as well as analysing kids’ digital behaviour and user journeys from ongoing usability testing. The studio has face-to-face insight testing with kids every six weeks, regularly visit schools and has a panel of 31 kids from a diverse ethnographic background called ‘Beano Trendspotters’ interviewed on a weekly basis.

“In two years we have accumulated 500 hours of interviews with our trendspotters. Our insight department knows everything that is going on in their minds: their loves, their likes, dislikes, fears and hopes for the future. All of this is contextualised by family and kids segmentation…”

Beyond being digital natives

She said the new generation of seven to 12 year olds is way beyond digital natives. “They have never known a world without smartphones, wifi, Whatsapp or Youtube, or where everything is not available at the swipe of a finger…All of this means they engage quite differently with the world around them, which is why we find new rules of engagement for them.”

The six key rules the Beano Brain team has come up with from their findings and which they use to develop content are:

1. Recognise children’s role within the family

Today’s kids, said Granston, are growing up in much more democratic families where their opinions are valued and encouraged. Kids and parents are sharing worries, products and pastimes like no other previous generations and up to 98 per cent of family purchase decisions are influenced by kids.

Family relationships are being addressed with content such as quizzes and videos and allowing kids to explore issues for themselves and make their own minds up. As well as a closer relationship with the Beano brand 24/7, beano.com has seen a 30 per cent audience decrease on Sunday evenings versus Saturday evenings. This is because families get ready for the week ahead and have tech lockdowns to prioritise family moments. Brands need to respect this, said Granston.

2. Aid kid’s engagement with the world around them

Granston said according to reports by the UK government-approved regulatory and competition authority for broadcasting and telecommunications, Ofcom, 23 per cent of eight to 12 year olds have social media accounts. Two thirds of the Beano Brain team’s trendspotters have Whatsapp accounts. This means kids are much more aware of the world around them. They talk about Brexit, Trump, the Manchester terrorist attack, the Royal Wedding and lots more, like predicting the winners of Channel 4 TV programme ‘The Great British Bake Off’ or other shows such as ‘I’m a Celebrity’ and ‘Love Island’. In hours of face-to-face interviews with trendspotters the most mentioned ‘celebrity’ is Donald Trump. But they do get things slightly wrong too, said Grannston. This is why many kids think Jeremy Corbyn is ‘antiseptic’.

To respond to kids engagement with this real world around them, the Beano team focus on creating content that help them filter out the fears of the world they live in.

3. Help kids build their own identity

“In an age of personalisation, kids are pushing back on clumsy and forced stereotypes,” said Granston. Where parents used to click on everything and give away personal information, kids these days are much more tech savvy, she said. Up to 27 per cent of beano.com super users who consent to taking part in surveys will, as one example, happily disclose their age but not their gender. “This is because they want to decide if their gender is relevant… We make sure we never give our audience gender specific content, even when brands ask us to.”

4. Give kids a creative platform

“This generation embraces creativity. Today we have a clear link between creative arts and urban regeneration.” Beano research has shown kids’ keen aptitude towards creative activities across communication platforms. This is why beano.com creates platforms for creatives to create and post videos, whether this be a ‘slime entrepreneur’ posting slime making tutorials videos online or a quest to find Britain’s funniest kid.

“This generation, who has grown up with tech and Youtube, has got a very different online behaviour to adults. For them it is less about exploring and more about navigation. The want clear (internet) road maps and few surprises. They follow recommendations from friends…” This means the influencers they follow, or fail to follow, are often influenced by friend’s recommendations.

This trend, said Granston, is why beano.com’s appearance today is radically different from what it looked like two years ago at launch. “(The design) now sticks to how kids like to discover.”

6. Create a safe place for kids to flourish

Granston said kids are “hyper aware of the dangers lurking around” on the internet. In fact, 94 per cent of them are on YouTube, with parents being worried about what they might discover there. By ensuring Beano platforms are safe, 74 per cent of parents now trust Beano to provide a safe online environment for their children.

The success reached by the Beano Studios have earned them a reputation that brands trust. “We create content that kids are telling us they will go back to. Everything we do is ‘kids first’. We literally show them everything we create to get feedback first. We use everything we have learnt from talking to kids to create new content, not only for us, but brands as well, whether that be on our own platforms or for use somewhere else”.

Through insight and strategy, the studio can now offer brands branded content “that works well and are consumed optimally to target tomorrow’s consumers today”, she said.

The publishing industry trends that will shape our future – James Hewes, CEO and president of FIPP