“Since Bloomberg is global in nature, it reflects the way we cover news from both a global and local perspective,” Ravindranathan explained. “From the moment Australia wakes up, to when the US markets close, we are providing our audience content that is important to them, whether they are commuting into work, watching our channel at home or at work on their desktop.” 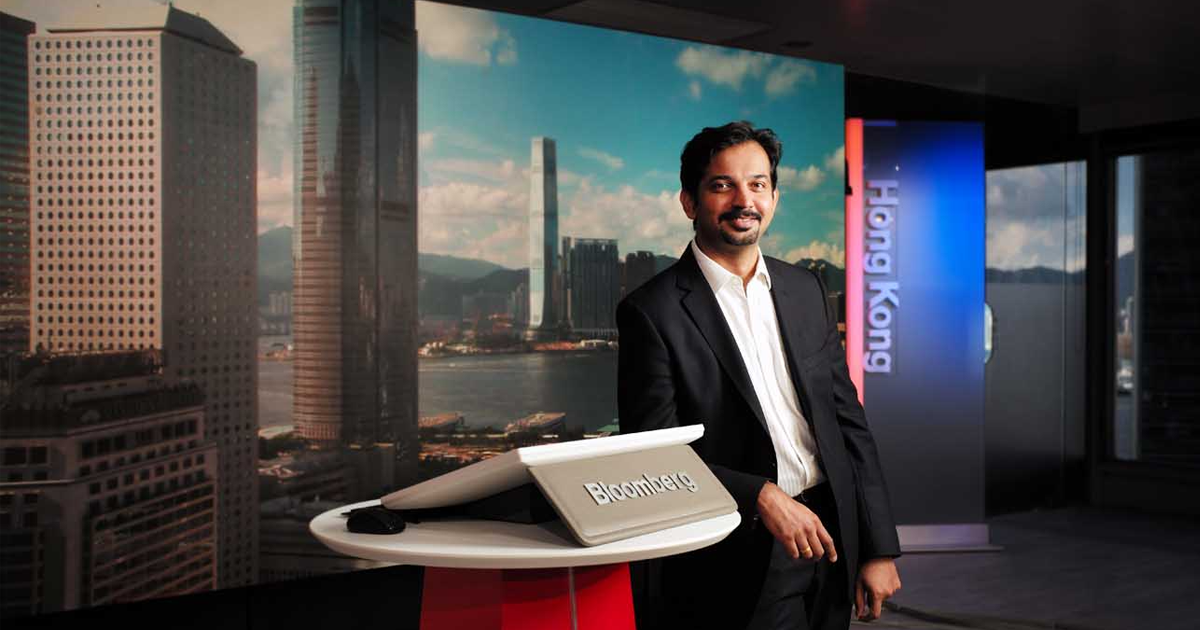 Being on a variety of platforms is important to Bloomberg, because the company wants to be accessible regardless of what technology or platform is popular in a certain country, Ravindranathan said.

“We are on Apple TV, Amazon Fire and other OTT platforms and we have built powerful interactive capabilities for our TV product right on the desktop if you are watching it on the Bloomberg Terminal,” he said.

“We are also thinking of the type of content we offer by time of day – so what content for newsletters we should be offering to an early morning commute, versus an evening commute and what content do viewers prefer consuming on video versus reading on their phones or watching on TV. People’s media consumption tastes change and we just want to stay ahead of that, however and wherever they are consuming us.”

That’s also the reason why in May, Bloomberg announced a partnership with Twitter to create a live breaking news product on their platform, he added. The streaming service will feature new, original content from Bloomberg news offices.

They also relaunched their print magazine Businessweek with an Asia, a Europe and an Americas edition with a subscription model, as well as a suite of digital products including an app, a reimagined website, newsletter, among other things.

***Megan Murphy, editor of Bloomberg Businessweek, will be at the FIPP World Congress in London, 9-11 October, where she will share more on why Bloomberg put Businessweek at the heart of their media strategy. Meet her there***

Hot on the heels of the Businessweek revamp, came the news of yet more Bloomberg innovation: the new television studio in Hong Kong, which took approximately 10 weeks of construction.

“Our new cutting-edge studio follows the design and technology of the studios in our New York headquarters and brings a more consistent look and feel to our audience,” Ravindranathan said. “It also increases the overall production value in the way we display content, news and data on our high-resolution LED walls and other studio technologies we have deployed. We of course slice and dice this video for our digital properties as well. We very much continue to believe in the power of our television platform.”

Hong Kong has always been Bloomberg’s media hub in Asia, and is home to the company’s largest news bureau, as well as their digital team, a radio studio, and their main television studio. “With all of these resources in close proximity to each other, we have been able to play off their combined strengths and that creates valuable synergies,” Ravindranathan said. “Bloomberg invests in what drives value for our audience and customers and the new studio is a massive upgrade.” 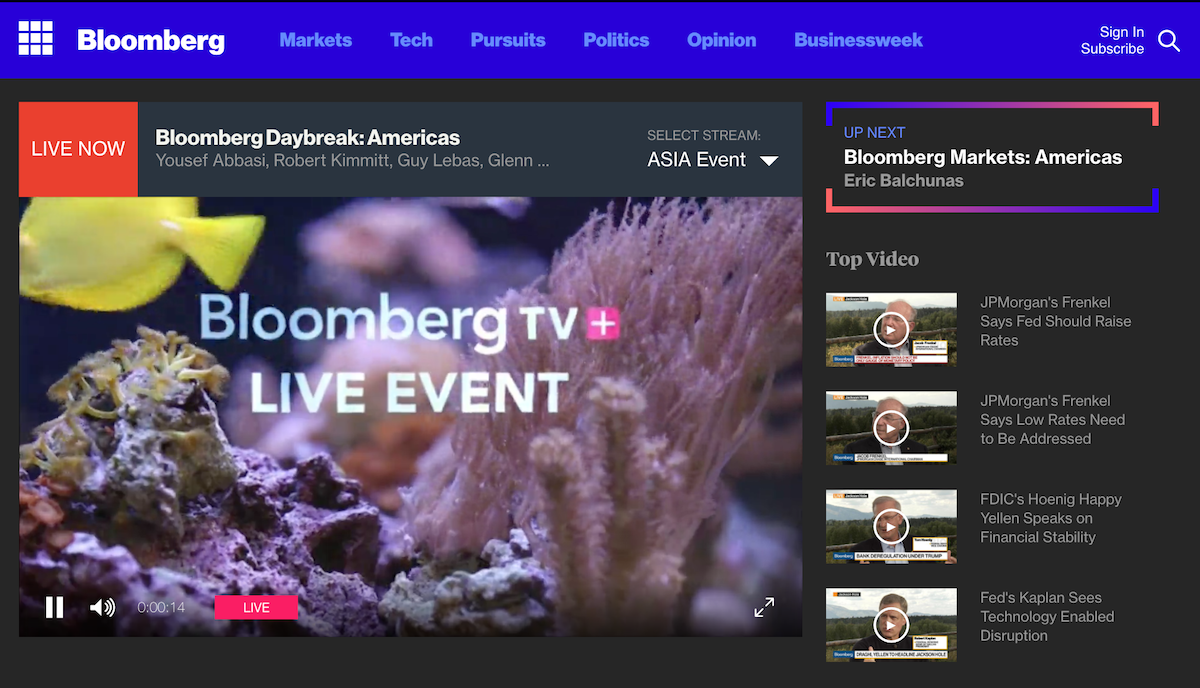 Bloomberg’s daily flagship television programming for Asia spans over six hours, Ravindranathan explained. “It includes Bloomberg Daybreak (Asia and Australia) and Bloomberg Markets, but we are also doing television crosses with our studios in other markets and the shows that are live through the day,” he said. The new studio will be used for recorded sit-down interviews, live reporting to partners across the region and for shooting digital video and podcasts, as well.

What television viewers are interested in can be different than what web audience is looking for, thus Bloomberg approaches and produces content that is suitable for each of its platform audiences, and also shares it across platforms.

“For instance, we stream Bloomberg Television across our digital properties, Twitter and OTT platforms,” he said. “We also package our key television interviews each day for our digital properties. We commission specific shows for television that works well on our digital platforms like Hello World, a technology series hosted by our journalist Ashlee Vance, now nominated for an Emmy this year, or Brilliant Ideas, which showcases the works and interviews with some of the greatest artists in the world. This means that we are making sure our best and most relevant content is always accessible on our different platforms.”

All of Bloomberg’s content for Asia is produced in several key languages, according to Ravindranathan, but they’re looking at ways to expand that. “For example, we are providing subtitled content for the train connection between Hong Kong International Airport and the city center and that reaches more than 40,000 travellers a day,” he said. “That’s an important audience for us and we’ll keep looking at ways to expand our reach.”

Technology is core to Bloomberg, according to Ravindranathan. “While we will always remain committed to all the platforms and continue to invest in them, we also want to stay ahead on the innovation curve,” he said. “And in Asia, we are doing this by continuing to produce great content relevant for the regional market while also experimenting with technological advances such as VR and AR to make content more engaging, along with Facebook Live stories and 360 videos.”

A multi-platform approach like Bloomberg’s can only work is there is strong collaboration between teams. Ravindranathan explained, “we work off each other’s strengths to produce content at a quality and speed that can’t be done in silos and I’m very proud about that.”

In a lot of ways, Bloomberg Media was one of the earliest adopters of the integrated newsrooms, because collaboration is such a big part of Bloomberg’s culture, Ravindranathan said. “It’s challenging to always think in a multi-platform way, but the benefits of seeing content leveraged smartly is very satisfying, and being a technology company at our core, we have the tools to help us do that efficiently. The new television studio is only a part of the story of how we are continually investing in our media business but important to highlight nonetheless.”

Bloomberg’s Josh Rucci: ‘We should talk about mobile battery life’