A November 2014 report by Google titled The Importance of Being Seen: Viewability Insights for Digital Marketers and Publishers, highlighted why this is a key issue for digital advertisers today. Their research shows that 51.6 per cent of ad impressions are not seen. On average, publishers have 50 per cent viewability rates, but some publishers have much lower viewability. The problem is even more severe for video ads which are generally more expensive than static image ads. The Google study found that just 54 per cent of video ads across the web are viewable. 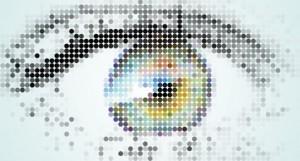 Making sure online ads are viewable

In an attempt to provide parameters and best practices, this year IAB is recommending that 70 per cent of a campaign’s impressions should meet the minimum standard viewability definition of 50 per cent of the ad in view for at least 1 second.

Clearly, neither advertisers nor publishers can control whether ads will be watched by online audiences, but more and more advertisers are starting to demand they only pay for ads that can be seen. Typically, some percent of ads are not viewable because they are displayed or playing in the background while users look at something else, according to the Google study. Furthermore, Google found 76 per cent of unviewable ads were in a background tab or never on-screen at all, while the remaining 24 per cent were scrolled off-screen or abandoned in less than a second.

Some industry participants, however, believe the 70 per cent threshold is not high enough and are calling for publishers and advertisers to deliver 100 per cent of impressions, 100 per cent in view, 100 per cent of the time. While this is a noble goal, first the tools need to be in place to measure viewability accurately. Today, three different certified viewability vendors measuring the same inventory will often report drastically different results.

The rise of non-human traffic (NHT)

Another key threat to advertiser ROI is the fact that, according to bot-tracking firm Incapsula, 61.5 per cent of traffic on the web is non-human. NHT traffic to sites, created by the automation of bots and other features that distort the effectiveness of a campaign by falsifying click-through rates and other metrics, is essentially fraud. Examples of NHT tracked by comScore include: 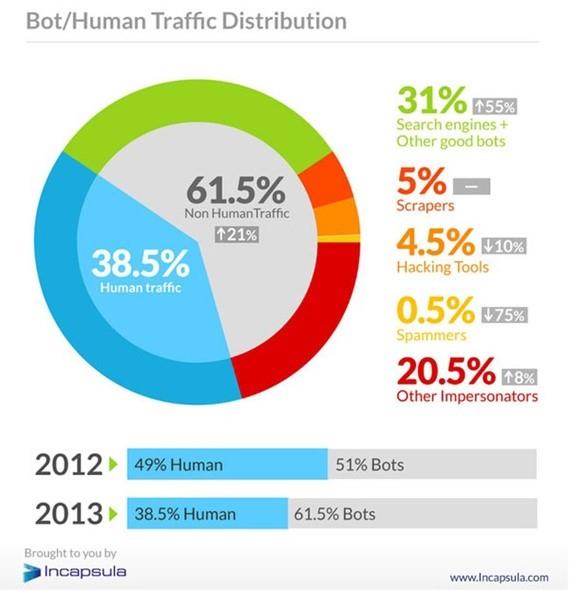 • In specific domain categories like finance, family, and food, domains showed increased bot traffic, ranging from 16 to 22 per cent bots.

• In video, bots accounted for 23 per cent of all video impressions observed.

• In display, bots accounted for 11 per cent of all display impressions observed. 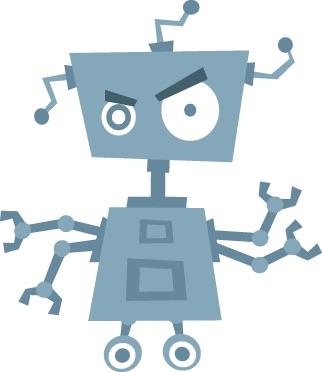 Fake traffic is big business. There’s malware for generating it and brokers who sell it. Some companies pay for it intentionally, some accidentally, and some prefer not to ask where their traffic comes from. The impact of NHT is broader for advertisers and publishers considering that not all audience delivery measurement removes NHT from reporting, which makes it impossible to get a true sense of a campaign’s reach, frequency and GRPs and, ultimately, ROI. According to comScore, NHT can infect demographic reporting, which means advertisers may be acting off audience data that is inaccurate and misleading. Removing NHT from audience measurement is critical, but not everyone does it right.

A contributing factor in the rise of NHT is the fact that today, most ads are bought ’programmatically’ by software that automatically places ads on sites that match the criteria set in the media plan. The ads are bought in bulk at massive speeds. Essentially, this means that in many cases, ‘robots’ aren’t able to tell that they are buying ads generated by other ‘robots’ visiting sites.

The net impact is significant. ANA estimates that global advertisers will lose $6.3bn to bots in 2015 while Ad Age suggests marketing spend on non-viewable ads ranges between $5bn and $10bn annually.

The industry is, however, responding to the challenge by creating systems that can distinguish between human and bot traffic. Google’s recent acquisition of Spider.io, for example, aims to help ensure online advertisers are only paying for ads seen by real people.

One ad tech company that was built from the ground up to solve critical issues like banner blindness, viewability, and fraudulent traffic is Culver City-based AdSupply.

Co-founder, Chris Corson says he and his team were sickened by the rampant fraud they were seeing in the industry and wanted to create a new option for advertisers and publishers that would exceed the 70 per cent viewability standard proposed by the IAB.

’We’ve seen firsthand that it is possible to offer 100 per cent viewability to our advertisers, but to do that takes sacrifices from the ad providers,’ says Corson. ’We’ve designed an ad platform that already runs at very high viewability and we cover the cost of any unseen ads with publishers. Advertisers should not have to waste 30 per cent of their budgets with a 70 per cent viewable impression standard. As inventory providers, it is up to us to offer the best product to our clients.’ 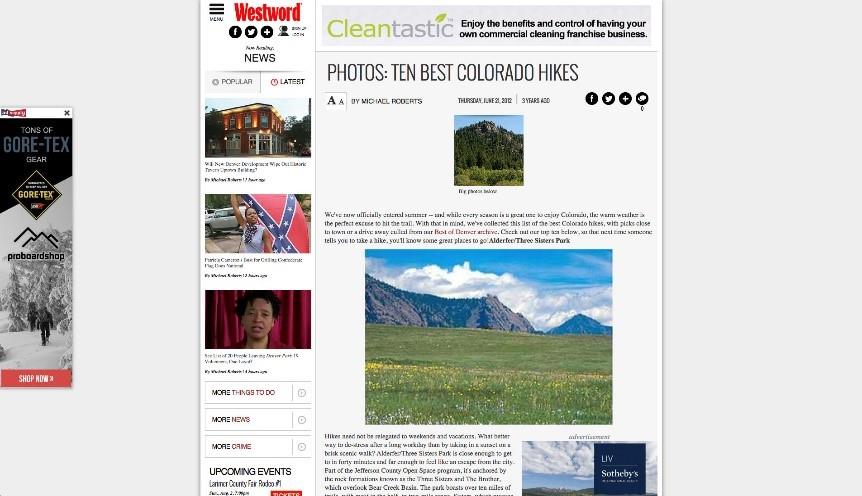 AdSupply solves these issues by creating fresh exclusive inventory direct from the publisher. Ad formats are designed to always be in-view and engaging to the consumer. AdSupply’s proprietary technology anonymously monitors and records the engagement of each visitor across the platform. This data is leveraged by the platform’s decision engine to select which ad should be served to each site visitor, thereby optimising delivery for interest, fit, and performance.

The results are impressive. AdSupply’s ads have received a 96 per cent viewability rating by Moat and have been verified as being viewed by humans 100 per cent of the time by Forensiq. And their 175m global monthly uniques make them the 24th largest ad network, according to comScore.

AdSupply is moving in the right direction by addressing these critical issues. As advertisers become more knowledgeable and demand high ROI for their campaigns, other players will also have to look for ways to improve the ad tech industry for all participants.

How publishers can fight back against robots and ad blockers