Josh will be one of our speakers at the 41st FIPP World Congress, taking place from 9-11 October 2017 in London. Book your place here.

Here he provides insight not only into HBR’s current thinking, but also some of the topics he will address at the Congress.

I understand Harvard Business Review has undergone a redesign – and you’ve also been looking at frequency and the role the magazine plays in the multi-platform world. Tell us about that and how it came about…

So we wanted to redesign the magazine. We did a significant redesign in 2010 and this was another step in the progression of making print even more accessible – making the management ideas come to life through words, pictures and graphics. We felt like we could take another step to making it even more bold. Because we were reducing the frequency to six times a year from 10 times a year, we wanted to ensure that when it arrives there’s a certain amount of gravitas – that it makes a statement, that it is something you are going to keep out, something you will have with you for a couple of months. That means it needs to be really meaningful. That’s what drove us to rethink the print and innovate in different ways with the design. 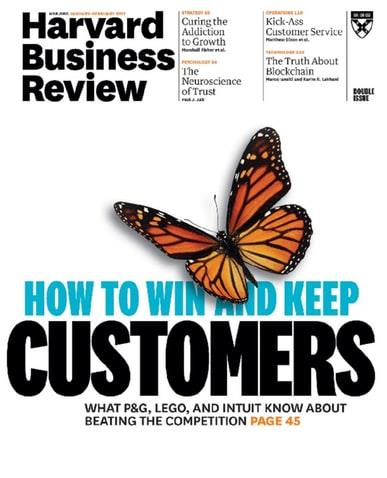 There are a couple of important things. One is that, in the various sections, the photography and art is playing a larger role and helping to illustrate the point. And the sidebars start to pop a little bit more than they have in the past. And then there are other innovative things. For example, we created these things called breaker pages, whereby each section in this hefty magazine has a bookmark that tells you what’s in that section. When you turn the page it blends with the ad on the opposite page so it becomes a way for sponsors to communicate better. These are all things that help people to navigate. I think the navigation in general is a bit bolder and a little easier to follow. It helps people access the content they want quickly and to get right to the ideas.

Get stories from FIPP.com delivered to your inbox, with our weekly FIPP World newsletter. Sign up here.

Another concept you’ve introduced is ‘the Big Idea’. Can you explain that – and the role it plays in creating more of an ‘experience’ for the reader?

That’s exactly right. We knew that we could only go to six issues if we had such a strong digital following and if we could produce enough content and enough tools for people to put ideas to use. But then we said we wanted to have a digital only feature, and I think when you look around there are a lot of instances where newspapers and magazines create these very beautiful digital features – and that’s terrific – but in some ways it’s not that different from what a feature does in print. So we thought about what we could do for really prominent thought leaders that would be different and add even more value for them to want to use this new platform. That’s where we were led to the Big Idea, which I see as more of an ‘eventification’ of an article.

So you sign up for this thing and then every week you’re receiving something new. It might be an assessment, it might be a podcast. It kind of grows to a crescendo. The piece is part of an experience that all goes back to ‘how do we make these ideas come to life in a way that you can really put it to use?’. As an example, Francesca Gino, the wonderful HBS professor, originally from Italy, does a lot on how organisations work. She did the first one for us on rebel talent – how you can be your true self at work. Off that, we invited a group of people to an event in California with the president of Pixar, Ed Catmull, Francesca and our editor-in-chief, Adi Ignatius. So you can see that this article is really tied into an experience. In addition to the event, there were videos and other rich media assets. And we’re going to do this six times a year. So you get six magazines and then every other month there’s this ‘Big Idea’ that’s online, along with all the other content that’s digital.

How has this approach impacted your editorial processes and the need for a more 360-degree commissioning approach?

I think the editorial process is something that has had to be an incredibly innovative process in general. To create something new like this requires our editors to work in a different way, because first of all they are looking for an idea to reach a certain bar that it can be a feature – an HBR feature – but it also needs someone who’s willing to participate in carrying that idea across these various platforms. In the case of Francesca, she really wanted to do that. I think it requires editorial to be more forward thinking, considering how all the pieces really fit together.

What other innovations are you exploring right now?

We have created a bot for Slack, where if you are part of a Slack group that has installed the bot, you can sign up to get tips drawn from our best practice articles. You can  change the timing and frequency of how often you hear from the bot – so you can manage how you interact with us. With Amazon we had a chance to launch our Management Tip of the Day on Alexa – the voice activated assistant for Echo. And we do things like Facebook Live, where we were one of the beta partners very early on, doing various guest slots and “Ask HBR” segments. We also just launched a private Facebook group for subscribers to create a space for subscribers to connect with one another and to interact directly with the experts who write for us. Why do we want to explore these various platforms? Well, the way people are going to interact with us is going to change dramatically over time. For instance, the self-driving car could become a huge opportunity because people will have more time to educate themselves about management ideas and improve their skills. They may be talking with the interface, using bots in different ways, so we want to get an idea now, while it’s easy to learn. These things are actually pretty rough in some ways but they’re meant to help us learn about how people are going to interact with machines. Facebook Live is a great place, where we’ve learned how we can use whiteboards, for example, to have our authors present their ideas. These learnings are going to help us fuel future offerings.

You’re going to talk at the FIPP World Congress later this year about some of the more futuristic opportunities and what they might mean for publishers. Can you share some of your thinking?

There is a range of trends that I’ll try to organise for the Congress, but let’s just cover a couple. One is artificial intelligence and augmented reality/virtual reality. I am interested in robotics and how that manifests itself with things like self-driving cars, which I mentioned previously. These are trends that I think media and education need to be anticipating, because they’re happening already. Can we start to think about the HBR archives in ways that we can use machines to get smart, for example? How can those archives, powered by machines, really serve a CEO? That’s where all of a sudden trends come together. Are there virtual worlds where we can bring people together? For instance, we do something called the HBR ‘How I did it’ feature, which is part of the magazine. So can we have the CEO talk with an editor using VR? Imagine if that CEO is talking about his or her business and we can bring the audience into their business, to show them the shop floor, to talk about an issue the audience is really dealing with. These are trends that are happening right now and it’s incumbent upon the media company and HBR to find really lean and low-cost ways to learn as much as possible about where our future customer is heading.

So there’s a real sense that these are opportunities for publishers, rather than negative disruptors?

That’s absolutely right. And then the other thing I think what we’re finding, which is similar to retail in some ways, is that while everything is increasingly digital, that doesn’t mean there is no role for print or for the physical. The hard part is that you have to make the physical magazine the best magazine it can possibly be. If you look at something like the Apple Store, in a world dominated by Amazon, there’s still room for the physical store. It’s just it needs to be an amazing experience that really captures people who have limitless choice. That doesn’t mean that the physical experiences are going to go away. It just means that the bar is probably raised for what people expect from them.

Hear more from Josh at the 41st FIPP World Congress, taking place from 9-11 October 2017 in London, the UK. Attended by some 800 senior strategic and operational executives from 40+ countries around the world, the FIPP World Congress is the industry’s flagship global event. Book your place here.