Based in the Lehigh Valley in eastern Pennsylvania, Bicycling and Runner’s World have become an incubator for experimentation for Hearst. Change has occurred rapidly in less than a year: the Bicycling and Runner’s World migrated to Hearst CMS,  the teams were fully staffed, among other changes. “Lightning fast is a bit of an understatement,” according to Michael Mraz, general manager of the Enthusiast Group. 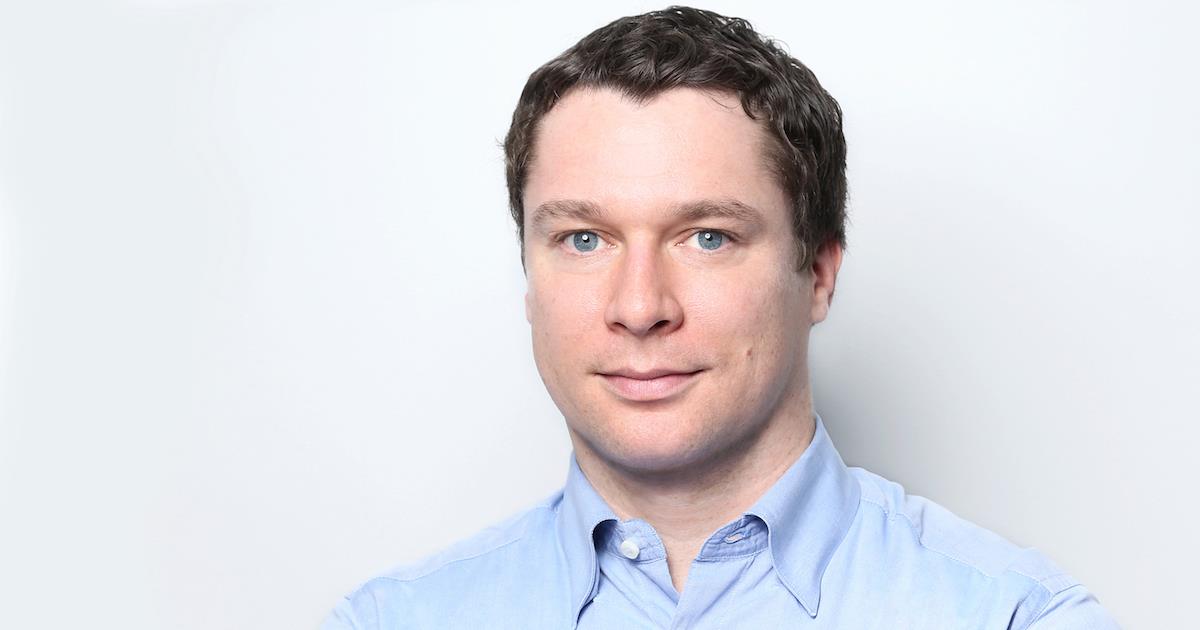 After the completion of the sale, executives including Troy Young, David Carey, Brian Madden, SVP of development, Mraz, and Bill Strickland, editorial director of Hearst Magazines’ Enthusiast Group, sat down with the teams to discuss what was happening next. “One of the first meetings we had, Bill and I, with the teams, David Carey gave some incisive remarks, and noted the similarity that he felt when he took over New Yorker magazine as publisher, that, it was one of those rare moments in your career to rethink the business model,” Mraz recalled.

Before Hearst’s acquisition of the brands, Bicycling and Runner’s World were primarily led by print and ad sales. Beginning in March, “We completely re-thought the business model,” Mraz explained. “It’s what we call the thirds model. Instead of being 90 per cent led by direct ad sales, we’re striving for a third of the revenue coming from both print and digital ad sales, a third coming from affiliate revenue and partner revenue, and a third coming from membership and consumer revenue.”

Falling ad revenues and migration of digital ad dollars to Google and Facebook have led publishers to find new, diverse revenue streams. As outlined in the Innovation In Magazine Media World Report 2018, magazine media publishers are finding great success with affiliate revenue, ecommerce, events, memberships, product licensing, programmatic, video and voice. “The last 12 months have demonstrated that readers will pay for unique, high-quality content presented on the platforms and in the media that readers prefer,” wrote report author John Wilpers.

Affiliate links are a natural step for Runner’s World and Bicycling brands that offer 15 million enthusiasts thousands of product reviews each month. “Commerce is endemic to who we are as runners and cyclists,” Strickland said. “In some ways, it’s all about the stuff.  One of the most valuable things we do is help people figure out what they should buy.”

So, as part of the re-imagining about what Runner’s World and Bicycling could be, Strickland and Mraz created a test team: a group that exists within the Enthusiast Group who are experts on how to test products, and giving the best-in-world advice on shoes and bikes and gear. “That, as a resource and a valuable piece of our business builds on incredible access that we have, and we’re expanding that all of the time,” Strickland said.

Since the commerce part of Runner’s World and Bicycling’s strategy was introduced earlier this year, Mraz notes that the increased focus on gear reviews have performed really well. “Affiliate revenue – is the second third of our thirds model – is up over 300 per cent year over year across both sites. Traffic to gear and reviews – the site sections on Runner’s World and Bicycling – is up over 250 per cent year over year, and repeat visitors is up 2x what is was last year. It’s one thing to have a hunch, it’s one thing to make a change and find the right people to do it in the best possible way, and for it to work, that’s awesome.”

In addition, Runner’s World and Bicycling have also invested in memberships. Memberships offer additional benefits for audiences – like experiences or exclusive access to content – but they’re also profitable for magazine media. The benefit of being an enthusiast title like Runner’s World or Bicycling is that they have a close relationship with the community they serve and, as staff are also enthusiasts, an intimate knowledge of the community.

Heading Runner’s World and Bicycling’s memberships is Jalaine Johnson, the new director of memberships, formerly at Universal Music Group. “This was an entirely new role that was born out of this new business model,” Mraz said. “And, she just started last week, and already, she’s proven to be a tremendous addition to the team.”

Staff at Hearst are generally separated into digital and print teams. However, at Runner’s World and Bicycling, there is no specific print staff, nor a digital team. Staff are integrated and don’t worry whether they’re in print or digital, Strickland explained. “We don’t really have those conversations,” he said. “When we look back, those jobs now feel very traditional and constrained, whereas now every day we come in thinking, how do we reach the community, how can we make their lives better?”

Instead, a team of multi-talented editors who create content across platforms are led by Strickland.

What makes the team themselves different, is that they are all enthusiasts, according to Strickland. “Everyone who works for these brands either rides or runs, not just as a hobby, but as a center piece of who they are,” he said. “They’re very goal oriented, they’re performance-minded and they like to train. We’re, as a group of performance-oriented people, interested in seeing how did it do? All of our editors want to win. They all want to have engaging stories.”

“At Hearst, we’re continually testing, re-testing and gathering data and using that data to decide what we do next,” Strickland said. “I feel like we are figuring out what the future is, which is how to connect with your audience independent of platform. And, to use all of the platforms available to you, to make those connections and strengthen and increase those connections to people.” 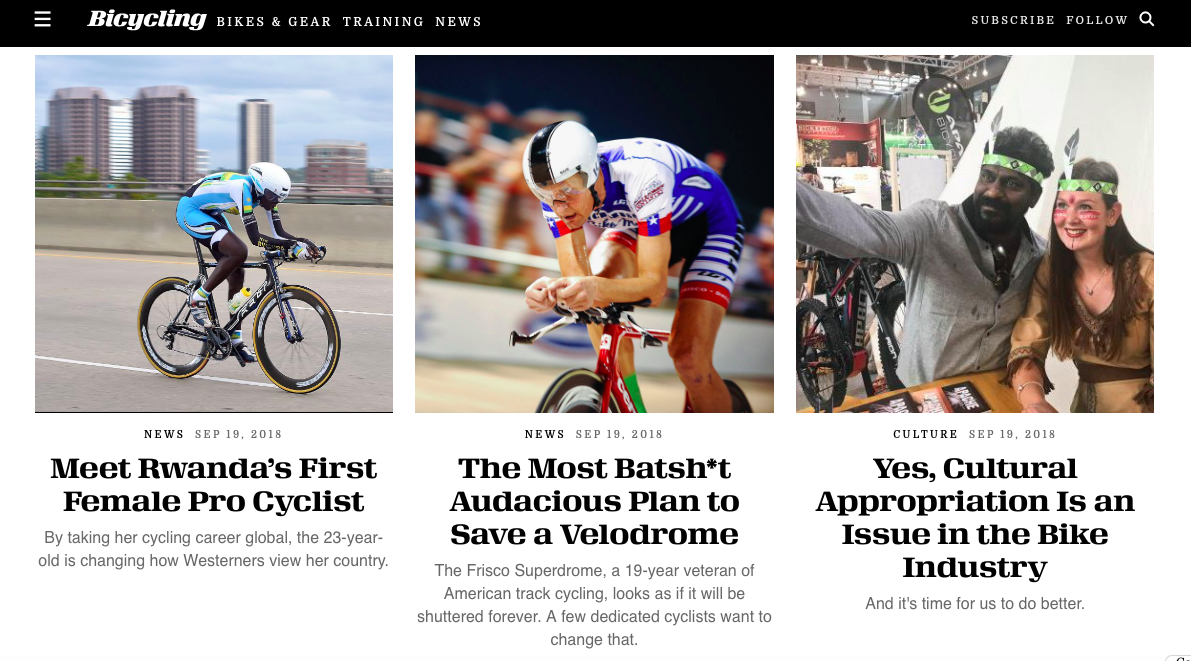 Hearst’s re-imagining of the model, the talent and the magazine media brands have positioned Runner’s World and Bicycling for growth into the future.

In coming months, Mraz revealed that Hearst will be investing in print, with a bigger Runner’s World with better paper stock the same size as Harper’s Bazaar. He said the Enthusiast Group will spin off new brands, and increase connections to readers, including a podcast series exclusive to members and personalized newsletters. 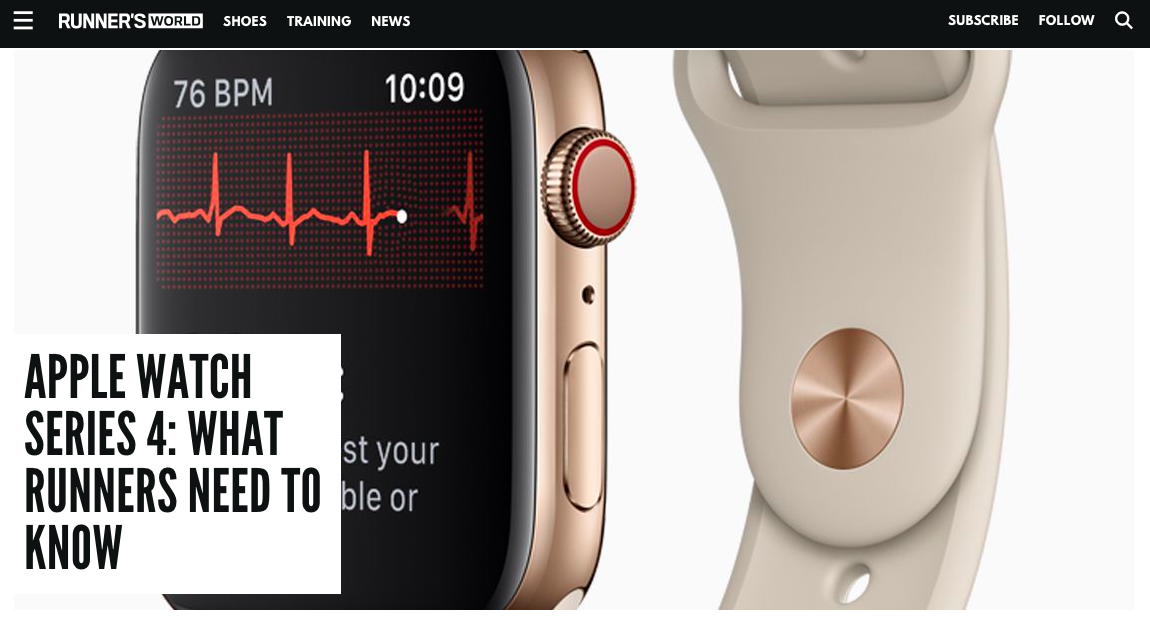