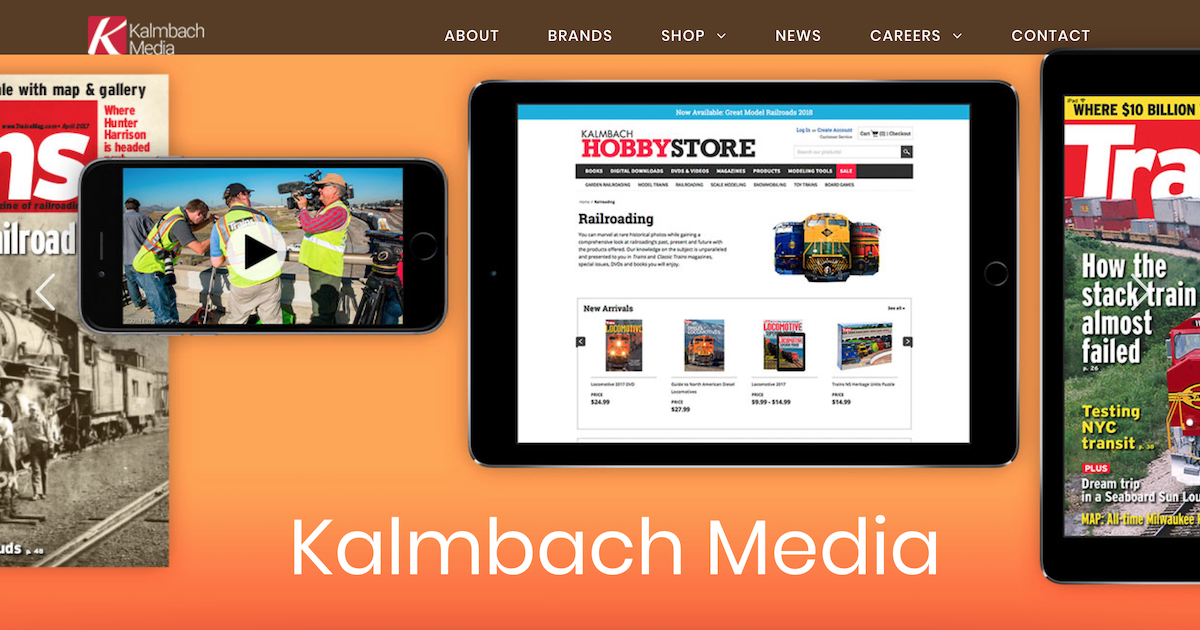 Hickey was appointed CEO at Kalmbach Media in October 2017, an executive with 25 years in media leadership roles, formerly at National Geographic Partners, Tribune Publishing, Meredith Corp. and Telegraph Media Group among others. Hickey, who has a track record of digital innovation and media business transformations, is continuing with a reinvention of the 83-year-old company.

Strategically, Hickey has been focused in his first year on deepening Kalmbach’s growth in e-commerce, consumer events, digital video and other digital media. “This has been a year of re-invention for Kalmbach,” Hickey said in a release.

Lately, Kalmbach Media has focused on exponential growth and transformation of its science group, with a brand-driven multi-platform approach that leverages new forms of collaboration.

In November, Kalmbach announced its next steps in the growth of its science strategy, which includes re-entering the national advertising market; forming the Discover Media Lab, a science-focused content studio; and establishing a new international licensing partnership.

“We’ve noticed that science in general as a category is growing,” explained Tim Paulson, general manager for science brands at Kalmbach. “We feel, with a brand like Discover, working in concert in many cases with Astronomy, that we could do a lot of good in the marketplace by helping people understand science in new ways, reaching new audiences, and helping brands do the same.”

Science is a big opportunity within the larger media landscape. According to MPA’s 2016/2017 Magazine Media Factbook measuring consumer demand for magazine media brands, audience demand for science and media grew 11.9 per cent between 2014 and 2015.

Science media is trusted over general news outlets, according 2017 “Science News and Information Today” study by Pew Research Center. Specialty sources like science magazines and museums are seen as more likely to be accurate.

In addition, Kalmbach Media has launched a custom-media content studio called the Discover Media Lab that is focused on creating experiences for our customers and headed by Dennis Liu. Discover magazine’s legacy taps into a  hunger in the marketplace for fact-based science storytelling, Paulson said.

“When we look at the Discover Media Lab, our mission is to bring science-based storytelling to a variety of brands out there, whether they’re science-based brands that are trying to figure out how to tell their story in a new way, or big brands that might not be in science or tech per se, but want to take a science-based storytelling approach to bring new credibility and new angles to their brand and what they can do for their customers,” he said. “We feel that this brand-driven approach has really led us to ask ourselves how can we make a difference with a content studio in terms of helping brands do their work.”

Another area Kalmbach has invested in is a partnership with Barista Media, to enter the national advertising market in the US.

“Collaborating with Barista Media has been really important,” Paulson said. “We looked at the marketplace and science as a phenomenon in our culture, and said, why can’t our science titles get back into the national advertising market and help brands there bump up their stories against really great science storytelling.”

Discover, as a brand, has the legacy and credibility to expand beyond borders. “We’re very excited about the potential to licensing the brand in multiple ways, and in more emerging markets, where the need for science from an educational point of view and a consumer point of view, we think Discover could assist,” Paulson said. “We feel that Discover, as a brand in particular, has potential to do that even more.” 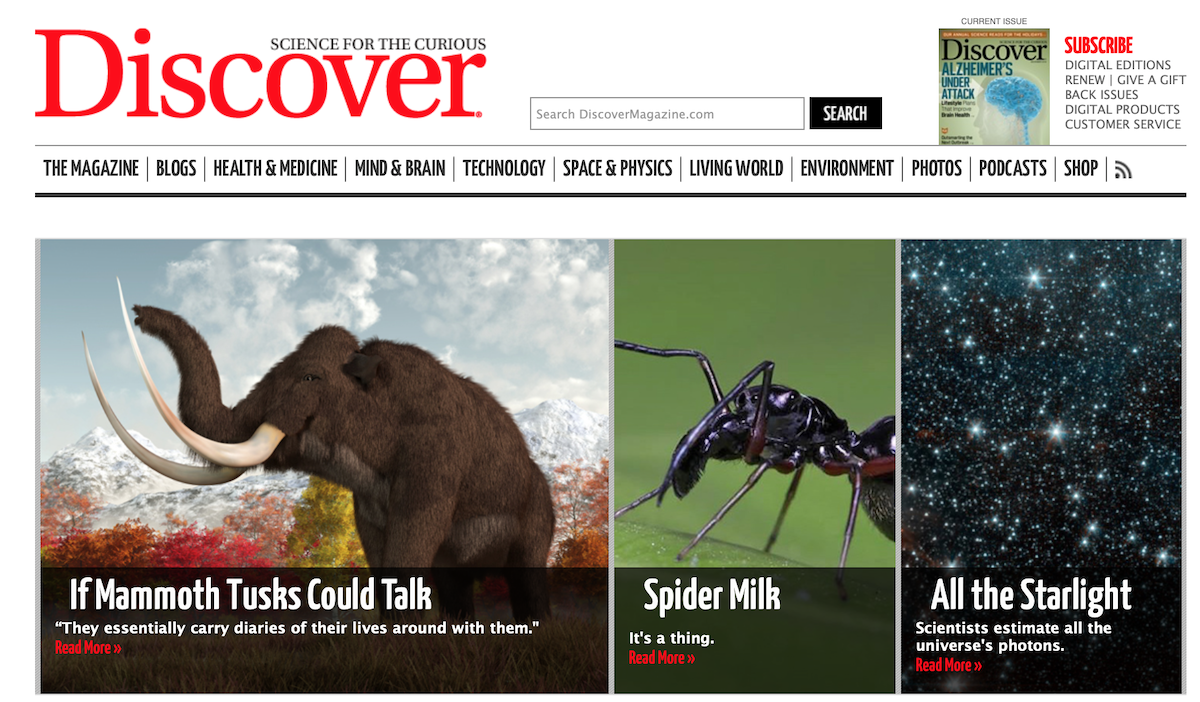 On it’s path to transformation, Paulson noted that taking a multi-platform, brand-driven approach to engage the market, has meant that Kalmbach has also taken a deep look at how it operates internally.

“One of the other things we’re trying to do is break down silos, and bring more collaboration from top to bottom, getting editors, sales people, marketers to collaborate more around these stories we want to tell,” he explained. “Any time you make some changes around that level, there are some shifts. If you have ambition to do something new in the world, you have to look at how you operate internally.”

How The Site magazine uses a collaborative management structure