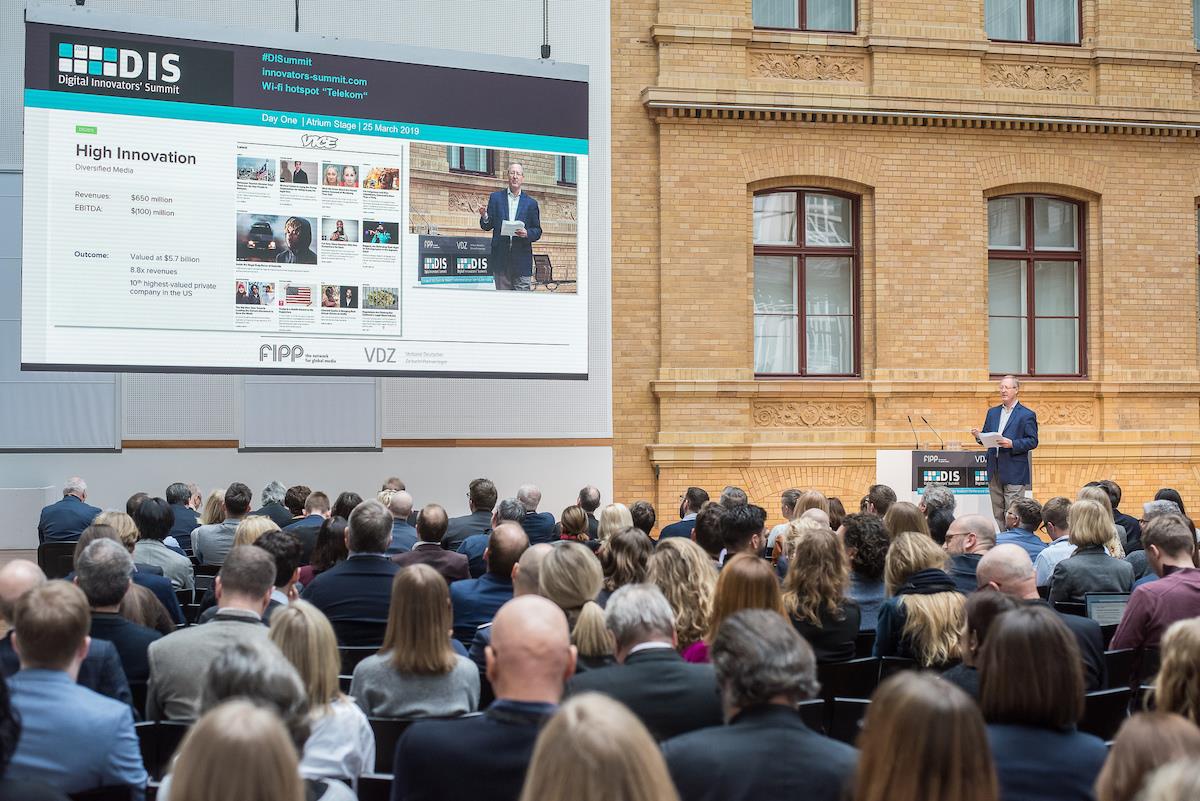 At DIS 2019 Reed Phillips, president of Oaklins International and founder of Oaklins DeSilva+Phillips, explained how mergers and acquisitions reward innovation.

Reed began by stressing that “innovation is one of the most critical elements in a magazine exec’s responsibilities.”

Before explaining what he meant by that statement Reed ran through his career, mentioning recent deals which include TV Guide, Sunset Magazine and Everything Magazine.

“Innovation is the introduction of something new,” explained Reed. He then spoke about attending a similar event 15 years ago, giving examples of businesses that needed to adapt or die. He spoke about high profile French restaurants in New York City, which all went out of business over a period of a couple of years. Reed explained that this was because consumers had shifted away from formal restaurant experiences and wanted informal ones.

He countered this by discussing how Pepsi managed to achieve double digit revenue growth by diversifying, via a series of partnerships, into bottled water, sports drinks, coffee and tea.

Reed then discussed what he sees as the key trends in media M&A. He said that there was a lot of consolidation going on, defensive action on the part of the big publishers, eg Meredith’s purchase of Time Inc. Reed believes that the challenge for brands that have acquired is to continue to innovate with the new brands.

A second trend is diversification with companies acquiring specialists in areas like video, TV and films, licensing and events.

Reed then discussed the latest trends in valuation of media properties. “Print properties are the lowest, with digital media and events and information and data the highest. If you diversify your business you will get a much higher valuation as you transition into lucrative areas.” 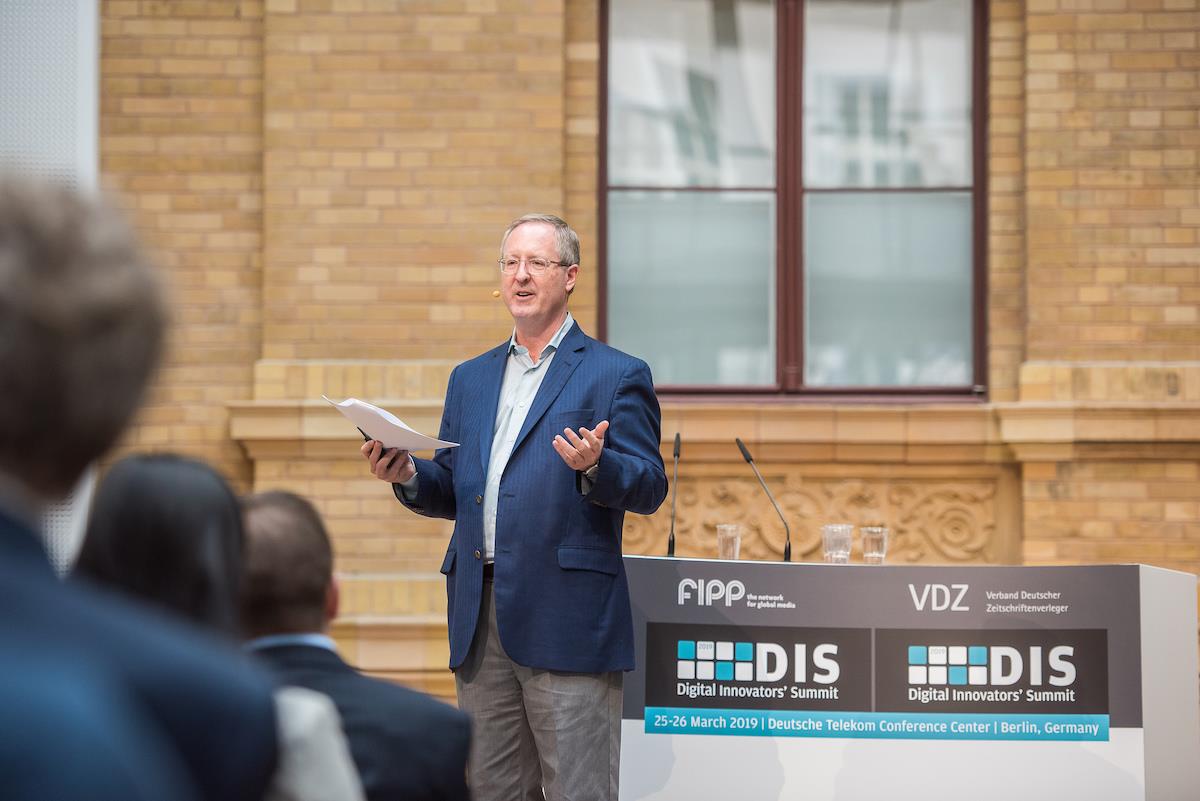 Reed then ran through five case studies from the magazine industry, showing which companies have adapted and those that haven’t, and what the results are.

1. Vice Media – high innovation led to a peak valuation in 2017. Since then revenues have stalled. Innovation has been incredible with 78 million uniques, its own cable TV channel, expansion to Asia and India and continuing innovation. The company had a USD$4.7 billion valuation, which is 8.8 times it revenues. This was driven by strong diversification including: music and record label, a bar in London, video films, creative services agency, cable TV, television and film production experiential events, music festival, and most recently a food hall.

2. Forbes – high innovation, which saw the business for $125 million – 3.3 times its revenues. The company was at the front of transition into digital and this paid off handsomely. Innovation in digital, TV, research, conferences and social and mobile, with 28.5 million uniques.

3. High Times – high innovation. High Times transformed from being a lifestyle magazines into valuable franchise. This was in part spurred by the growth of the cannabis market, but mainly because 71 per cent of revenues come from Cannabis events. The company has 20 million uniques and is valued at $70 million, which is 5.5 times revenues.

4. Unnamed company – some innovation. Reed didn’t reveal the name of the company, but revealed less than 50 per cent of revenue was from print when it was sold. The event and digital sectors were profitable, but print was not. The business sold for 1.2 times revenue. There had been some innovation, but it stalled as a parent company and was no longer able to fund innovation, so it sold off the brand.

5. Unnamed company – no innovation. This company saw 100 per cent of its revenue from print, which mainly came from subs. Owners were cash constrained and couldn’t invest in the business. When they sold advertising was highly centred on a handful of companies. This business was generating a respectable $34 million in revenue, but only sold for $24 million.

Reed concluded by stressing that it is “important to continue to innovate if you want to increase the value of your business. It is smart to think about valuing your business and working out how much it is worth so you can judge how you are performing.”

However he added a note of caution: “Just because you innovate doesn’t mean you will be successful. Innovation on its own is not good enough.”