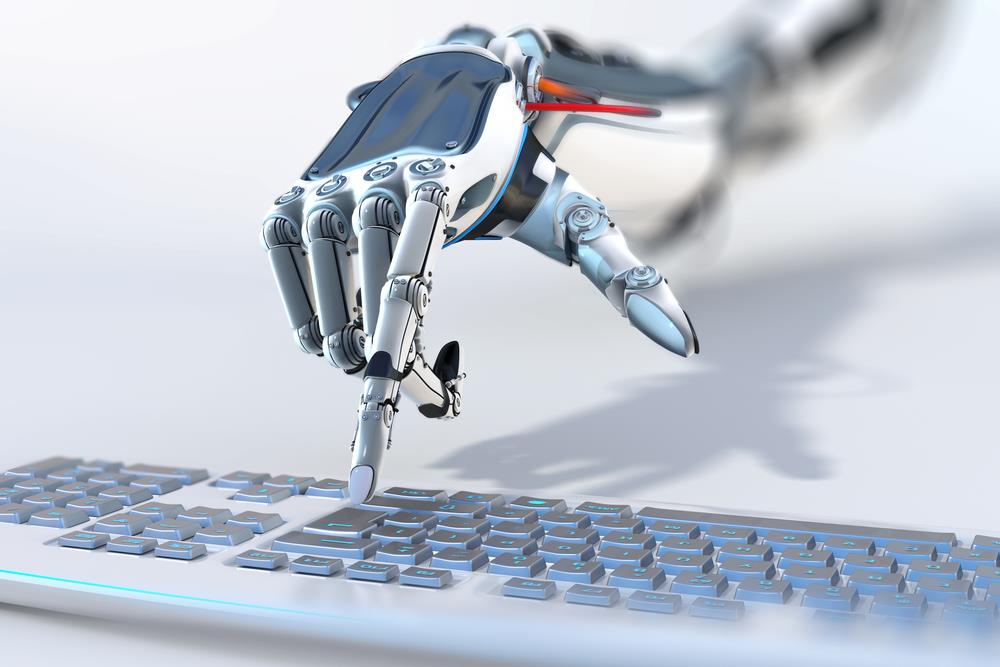 In the UK and Ireland, the Press Association delivers a continuous feed of content via a national newswire including text, images, video and data. The 151 year old news agency is privately owned by a collection of 26 shareholders, most of whom are national and regional newspaper publishers such as the Daily Mail and News UK.

In 2017, the company received funding from Google’s Digital News Initiative (DNI) Innovation Fund to launch RADAR, a joint venture with Urbs Media designed to leverage artificial intelligence to improve local news reporting. Recently, the initiative welcomed its first paid subscribers, which include regional newspaper publishers Archant, Baylis Media, JPI Media, Iliffe Media and MNA Media. So with so many news outlets signing up to the automated reporting service, are robots now writing the news in the UK?

“The first thing to say is that there’s no scare story here,” Pete Clifton reassured a worried-looking room at the PPA Festival. “Robots can’t write the news. You can’t send them to a housefire, or to wait for politicians at Number 10. What we’re trying to do here is create more localised content than we could ever possibly do using people on the ground, bringing good human reporting together with clever automation.”

It is fair to say that local news reporting in the UK has suffered a decline in recent years. In February 2019, Press Gazette research showed that a total 245 local titles had been closed down since 2005. In the same month, the results of the Cairncross review were published, highlighting the importance of local news reporting to functioning democracy and calling upon public funds to be made available to rescue local journalism.

Many here will see the irony in the idea that AI – one of the very things it was feared would threaten traditional journalism over the coming years – may end up being the saviour of local news. [Insert mental image of Arnold Schwarzenegger returning from the future to save John Connor from the T-1000 here.]

“There are mounds and mounds of available datasets out there that actually tell the people who pay their taxes what’s going on,” says Clifton. “Everything from health stats, to crime figures, transport, etc. and the question becomes well how do we unlock the value of these open data sources for every local market? If we can answer that we can give people more visibility on the stories around the data corresponding to their area.”

“Once we’ve got the data, our team of six data journalists will examine the datasets, organise what comes out of it, and then look for interesting stories within it. The journalists are involved in identifying the stories, the angles, and the specific words that we’ll use to describe those stories. Open data tends to yield stories covering classic local news pillars across any given month.”

“We start with a template showing the overall data. Then the AI draws in that data to produce the words to fill in different parts of the story, so e.g. does this mean things in this area are good, bad, above average, below, average, etc. So efficient has this process become that a huge amount of these stories are already being published directly to local news websites. Although in certain instances a newspaper picking up the story may still commission some graphics, put calls in for accompanying comment, or whatever it may be.”

It appears to be a symbiotic relationship between author and operating system that is producing effective results. And as Clifton points out, these are the types of stories that may never have even been unearthed, let alone told, had the AI not been in play.

“A lot of our regional customers these days are saying that they want more regional content. Of course we can’t send people to every town and have reporters on the ground in every single place. So what RADAR has done is that it has allowed us guarantee stories every month that are specifically about the region. And these are stories that may not have been told had this process not been implemented. It’s also a simple financial model, publishers pay according to how many local authorities they’re interested in.”

Finally, the Press Association editor-in-chief talked about where this technology could take us in the future. As the spate of paid subscribers testifies, the project has clearly been a success, and the feeling is that the next wave of expansion could reach out in multiple all directions.

“In the future, we could see this approach developing even further. If there was decent data on non-league football for example, then we could get good, consistent stories from that. This again is reporting that would be almost impossible to implement if you were trying to do it with bodies on the ground. In fact, if you have data around your area of expertise then we can do things that way around: you can send us those datasets and we can turn it into articles.”

“We’ve also had a lot of interest in RADAR internationally, because the UK has got especially strong access to open data. So in that instance it becomes ok, do these countries have good open data sources that we can use to produce these kinds of articles for those territories? And if so, it’s a model that can really be applied anywhere.”

We talk a lot about AI in journalism. At FIPP, we strive to find tangible examples of where these ideas are becoming reality in the industry. Through the work of the Press Association, we are now seeing the practical implementation of artificial intelligence directly within the reporting process. Robots may not be writing the news, but at this point at least they seem to be helping.

The difference between artificial intelligence and automation