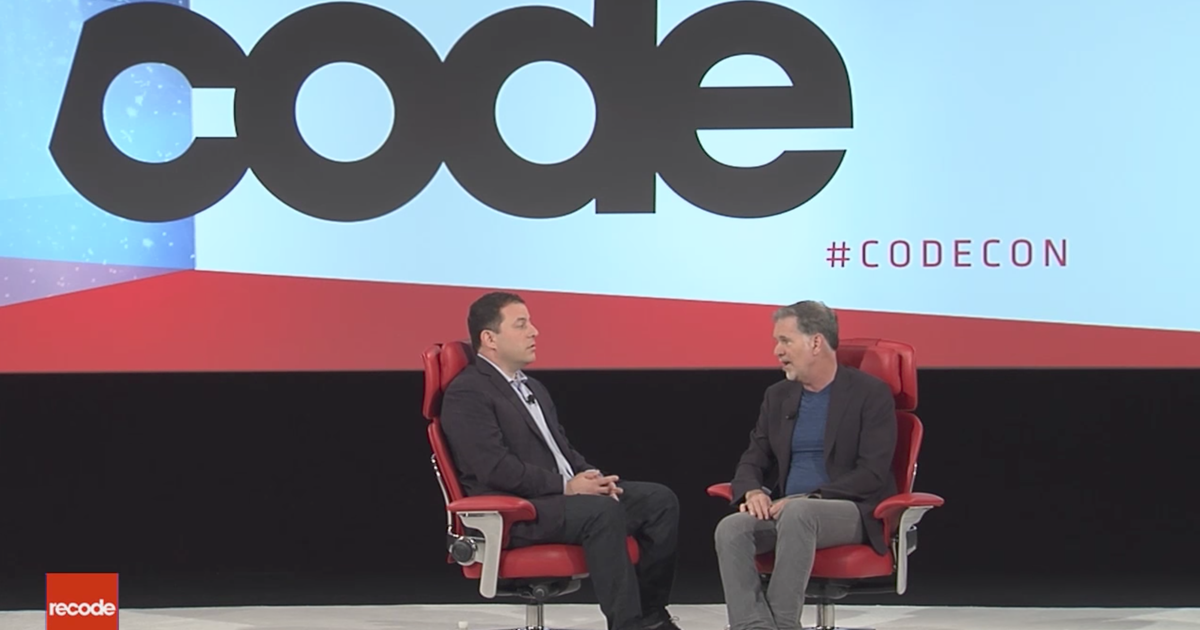 How it all got started

Kara Swisher, award-winning tech journalist and writer, renowned tech journalist Walt Mossberg (recently retired) and Lia Kennett, VP events and special projects are experienced in the events business, having launched highly successful “All Things D” in 2003 (as a taster of what was to come, All Things D was later expanded into a website) and Recode in 2014.

At the time, the All Things D properties were under the umbrella of the Wall Street Journal/Dow Jones. According to Kennett, the inaugural event was so successful, it sold out “before we could mail our promotional materials and do our direct mail campaign”.

However, at the end of 2013 the founders of All Things D ended their relationship with Dow Jones and launched Recode in January 2014, under the company Revere Digital. In 2015, Vox Media acquired Revere Digital.

At Recode’s main office in San Francisco, just outside of Silicon Valley, there is a growing events team, while they also have partners in New York, Los Angeles, and Northern California. Depending on the scale of the event, the team gets as big as 25 people or as little as 12.

Today, according to Kennett, Recode events are profitable, and they keep growing.

Recode has different event formats and scale with an average of three to five events per year, ranging from it’s flagship Code Conference, Code Media, live Recode Decode podcast to a series of influencer dinners. This year they launched Code Commerce with Recode’s Jason Del Rey, which takes place in September. Price points for events vary. Attracting largely a US-based audience, tickets to some events start at $250 and go as high as $9,000 for an annual invitation-only “Code” conference.

We spoke to Lia Kennett to share her thoughts on how to thrive in a crowded events space and how to launch successful events. The conversation here is edited slightly for clarity.

Who are your competitors?

We’ll look very broadly at what other publishers are doing. We look at Bloomberg, The New York Times, Vanity Fair and other big publishers. But then we also look at the specific market we are entering. For example, we have a very successful media conference, and we look more deeply at what is happening in the media conference space. We look at the competitive landscape with a particular focus on the audiences being served, because we’re really trying to craft an event for a particular audience and profile.

What is a Recode event?

The Recode events are based very much on the cult of the personality model. For this format, we look at who is the superstar in this particular industry? Who has the authoritative voice? For example, we are launching a new conference with Recode’s Jason Del Rey in the commerce space. Jason and our team will be looking at what’s happening in that industry. Who are the disruptors? How are the giants dealing with the industry changes? How are smaller companies dealing with the success of Amazon and other major players? Jason is breaking news in this sector regularly, and he’s got a great following, we’ve tested him on stage with a series of very small evening events. He’s being sought after by news organizations to explain things that are happening. So he has that authoritative voice we are seeking, his personal brand is built in the industry in the US, and as such, having him host an event is a good bet for us.

Or let’s take a look at Kara Swisher’s interviews, or events lead by Peter Kafka, Walt Mossberg. The kind of conversations that these guys can have is not what you’re going to get at another event.

I think what people get at Recode events is ‘revelations’. In terms of how a person answers a question, or how hard Kara pushes or Peter pushes a person to reveal something that was unexpected. There’s so much in what someone won’t answer or how he or she answers.

When Elon Musk was at Code Conference 2016 he announced a product on stage (the video on Recode’s YouTube channel was viewed almost 900K times). Before the interview he told us he was not going to talk about it. But in that moment he got so enthusiastic about the conversation with Kara and Walt, and the energy in the room, and he said something he did not intend to say. That’s a moment. Those moments happen more often than not when you’re in that kind of conversation. You just can’t recreate that online. People want to be in the room for those big moments and they want to be in the room for those conversations with the people that are moving the industry forward. That’s what Recode events deliver.

How do you stand out in the market?

By offering premium content. We work very hard to ensure that Recode event content is something you will not get anywhere else. A lot of companies are selling time on stage, but we don’t do that. Our research shows that audiences don’t want that and they resist that. We tell our potential sponsors, look, you’re the leader in your field or the market or you have a great initiative, let’s talk about why that matters to the audience. There are ways that we work that we believe resonates with audiences. We craft unique experiences. In addition to the content, we bring the most compelling players to the table, and it’s really not formulaic for us.

Does the cult of personality absolutely play a role in audience development?

There are different models. For example, you could look at a big festival where the most important and relevant part of a great experience is that the event is big. At The Collision there are hundreds of speakers and panels, and they have a vibrant audience. But it’s not really the place where you’re going to go to do a deal, or to meet with people or to hire and hunt talent. There are various motivations, and they depend on what your ultimate goal is and what suits your brand. We really think about conferences as editorial products because they are an extension of the brand voice.

What are the best marketing tools for driving ticket sales?

Email marketing has proven to be the best method for us, because it allows us to have conversations with our customers. For Recode, this is largely the number one driver of our ticket sales.

We usually look at email marketing, display advertising, podcasts (Recode Decode, Recode Media and Too Embarrassed to Ask are among popular podcasts from Recode), social media efforts and we sometimes buy and rent lists (having an audience is important as its getting harder to create audiences from scratch, and lists can help with that). Paid media, earned media. It’s a multi-channel effort… but email is the biggest driver. 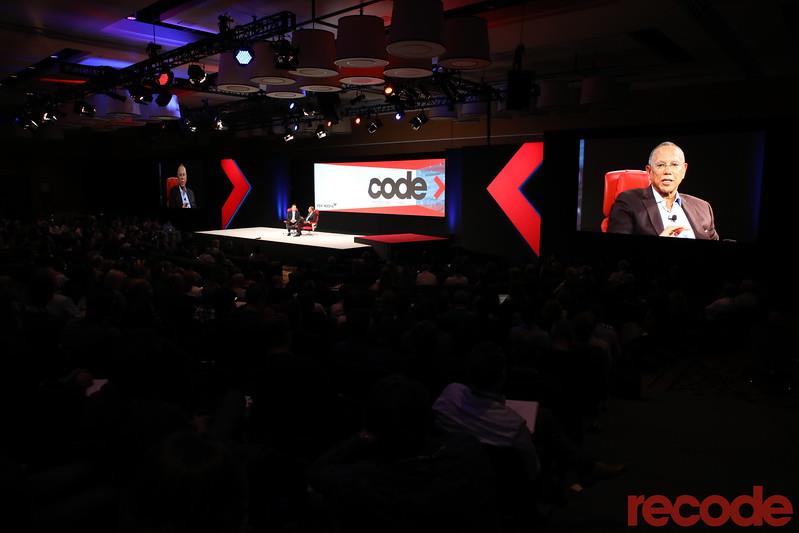 I do not think LinkedIn will ever replace networking. I don’t think any digital medium will ever replace the value of an in-person connection. In fact, I think those moments are becoming increasingly more important to us as everything in our lives is digitised.

Our surveys show that the number one reason for attendance across most of our conference products is the personal connection. Everyone comes to learn, and everyone comes to network. These are the top two reasons for people to go to conferences.

So how are we going to differentiate? It’s that premium offering. We think a lot about the programming piece and great speakers, but we also think about providing a great experience. We look for those surprise and delight moments. Look for that “Aha moment. It’s like oh my god, I never thought about that. And so we are really looking holistically at creating an experience that sort of guide people intellectually and emotionally.

If you have a great experience, and you’re connected, and you’re going to come back and attend the following year, you’re going to be an advocate for those conferences. That’s part of our formula for success: listening to your customers and really thinking about the experience holistically.

Know your audience. Whether you are a media brand or another brand, you should ask yourself who you are, what’s your point of view, and who your audience is. Then allow yourself some wild creativity.

At Recode, we look at the competitive landscape, but we also look at what disruptors are doing because that’s the future. If you’re in development mode, don’t look at just the obvious places for competitive analysis. Think about creating something that your audience can’t get somewhere. My team and I talk about how money can’t buy experience. Say, you’re sitting in a room with Mario Batali and having a conversation. That’s the “money can’t buy” opportunity. We think about those special moments in the context of extending our brand in an appropriate way.

Launching events are expensive. The biggest challenge for us is sponsorship sales. You have to have a strong value proposition. Until you have a proof point that you can deliver the audience that your sponsor wants to reach, sponsorship sales could be hard and they are getting harder and harder. 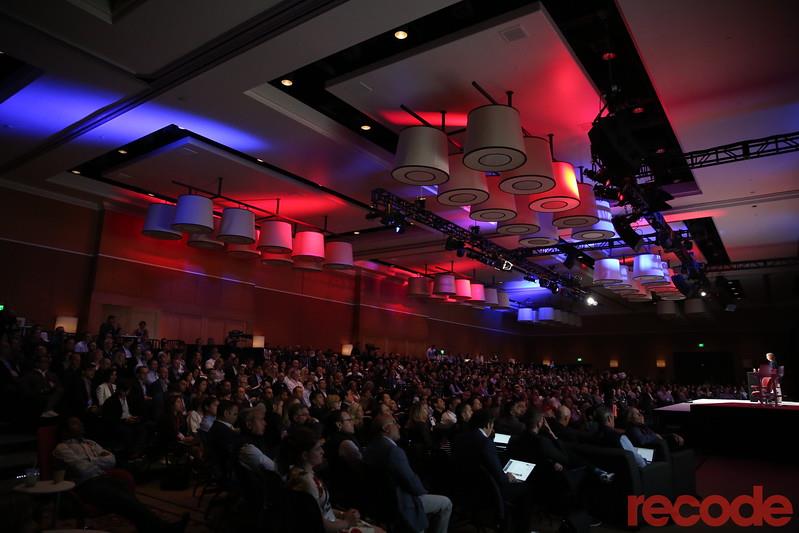 What are your personal favorite events?

Events by an organisation called Conscious Capitalism. Conscious capitalism is becoming a trend, but it has been on my mind for a long time. There’s also an invitation-only conference for digital media executives called “The Lobby.” It’s a un-conference. The content is as stimulating for business as it is for your personal life. I go to events that are holistic. If you are not healthy mentally how do you run a healthy company?