You see them everywhere. From people using them to read on trains through to punters precariously holding them to take pictures at gigs. Yet incredibly the iPad – the device that has engineered a seismic change in consumer electronics – is only five years old. 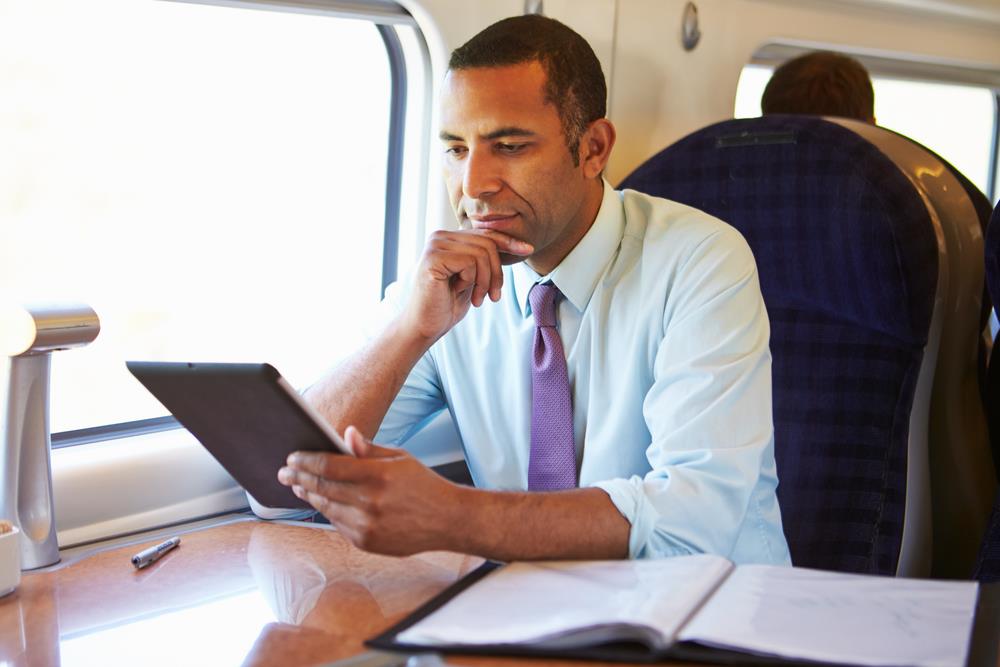 It is also astonishing to think how far the iPad, and indeed digital editions  of magazines, have come in that short space of time. Thanks to a proliferation of content management systems it is relatively easy to produce a tablet-oriented edition of a magazine. The huge sums of money that the tablet pioneers invested in their product – this being a prime example – seems ridiculous now.

Yet after the hype of the initial launch, the huge growth in sales of tablets and the significant investment in digital editions, the publishing industry is beginning to take stock. How are those digital editions faring? Are the business models they created in the product’s early days delivering a significant return on investment? And how can publishers extend the reach of digital editions and meet the challenge posed by the growth of large screen mobiles?

Over the next three weeks fipp.com is going to focus on digital editions.

Next we will look at how to market digital editions and in two weeks we will focus on how publishers can monetise their print back catalogues digitally. But for this week we are focusing on how can publishers ensure they have the right digital strategy for their audience?

Getting back to basics

According to Nikolay Malyarov, chief content officer and general counsel at digital newsstand company PressReader it’s firstly important for publishers to understand how different groups of people consume content. He believes that older customers tend to know and trust a magazine brand whereas younger readers often don’t have the same degree of brand loyalty. “With an 18 to 25 year old reader the brand carries much less value if any at all.” However, conversely the journalist or the creator of the content often, he believes, often has a higher brand recognition among a younger audience.

As well as ‘white labelling’ its service for magazine publishers producing digital editions, PressReader has also developed an aggregation tool that pulls together content from various sources, typically for younger readers for who tend not to be so brand loyal.

“The way content is being consumed by millennials is completely different,” ads Vijay Radhakrishnan, co-founder and president of digital newsstand Magzter. “You can’t approach them with a print magazine and you have to give them a way of searching for content on their smartphone, reading whatever they like. They are brand-agnostic.” For Raul Suarez, general manager of global markets, Zinio, younger readers like to share what they are reading. “It’s very difficult to share a printed page which means there are additional elements you need to add to make the digital edition more attractive to millennials.”

But just because millennials are less likely to subscribe that publishers should give up on digital editions, reckons Press Reader’s Malyarov. “There’s still a large segment of the audience that does trust the brand and likes the brand enough to pay for it.”

Suarez agrees: “Magazine content is unique and very well perceived by consumers. It’s different from the commoditised news or general news in that it’s more specific – it has a long form quality.” Indeed, he compares magazine content to premium high definition audio and video. 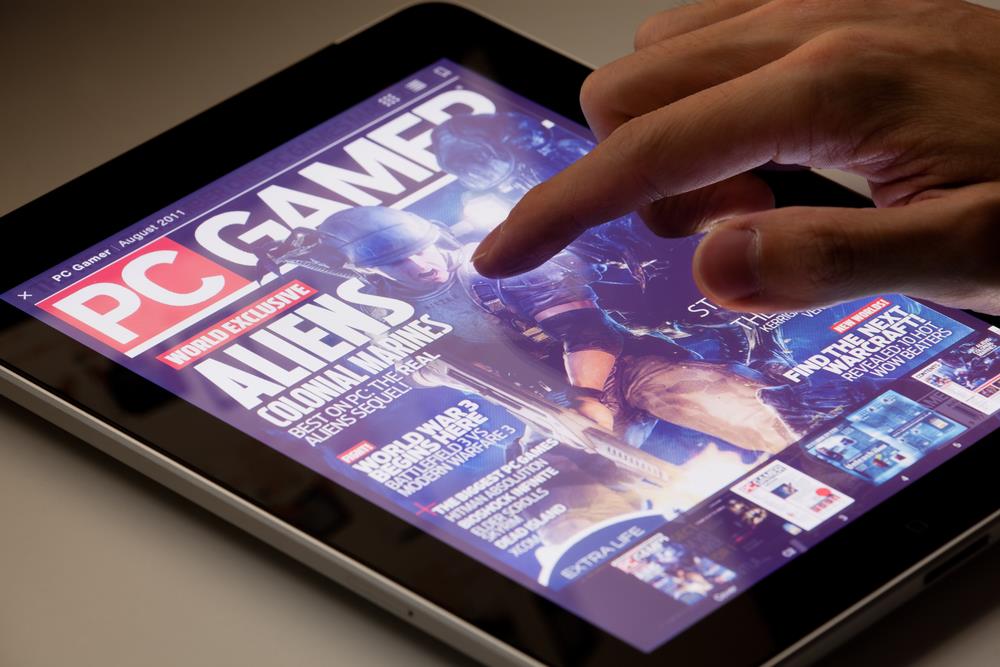 For publishers one of the biggest considerations is whether the digital edition should be a replica of their print edition or offer enhanced functionality such as interactive features and video. Here opinion is divided. According to Malyarov often a replica version is more popular. He cites The Daily Telegraph in Australia which used leading ISP (Internet Service Provider) Telstra to promote both replica and non replica iPad versions of the tabloid paper to audiences and found that the replica version outperformed the non replica version. “You can’t take the loyal consumer group and throw them into a new product and, say, this used to be free in the browser but because we’ve spent a few thousand pounds on a flashy app you need to pay for it now.” He adds: “It took probably a year and a half before publishers started realising that replicas are not that bad if you do them in a way that engages the user and provides a user experience they are familiar with.”

“People still want to read,” says Suarez. “There was this thought that with more enhanced content such as audio and video the less people would need written content, but it is almost the contrary. People were distracted and frustrated by so many interactive elements that they started to complain and say ‘I want my standard magazine back’”. He adds: “There is space for interactivity but it will never substitute reading.”

That’s not to say the digital edition should be exactly the same as the print edition, warns David Hicks: “PDF replicas sadly, still exist, and many digital magazine teams are following the print design too literally. More product development is advisable to create an experience that’s right for the user, the device, and the technology.”

He adds that publishers need to “break out from the print mindset” though cautions against very large files and embedding video unless absolutely necessary. “If it takes longer than five minutes to download an issue, forget it. Cut the issue down to size with compression, HTML – anything that means the editorial can be read almost instantly is a very good thing.”

For Magzter Vijay Radhakrishnan the launch of the iPad several years ago saw a rush of publishers producing digital editions in different formats and layouts which were very expensive and full of multimedia functionality. However he reckons that ‘people still like easy to read content in a preserved layout.’ Although Magzter started with PDF files, additional functionality was added a few months later with publishers able to add video and audio files. The company has also now launched a self service tool called MagEnhance which enables publishers to customise PDF content with added functionality as well as add extra HTML5 pages. “As a publisher today you have a range of options from a replica edition to an enhanced replica through to full digital edition.” Radhakrishnan claims that 80 per cent of its publishers are still on replica editions although there is an upward trend of publishers adding enhanced HTML5 pages. “There are now publishers who use HTML5 for between 30 and 40 per cent of their content.”

Whereas the iPad used to be the most popular device for reading digital editions, most digital newsstand providers have inevitably seen a shift towards reading content on mobile phones, particularly the iPhone. Magzter recently launched its MagFly technology which creates a readable format for the iPhone on the fly. “Our proprietary tool strips down the PDF’s into articles that can be read on a smartphone without the publisher having to do anything.” Similarly companies like MagLoft Magazines have developed drag and drop HTML5 magazine editors that creates responsive content that can be read on all devices. Says Nicholas John Martin, ceo and founder of MagLoft Magazines: “Generally I believe HTML is the future of digital magazines but PDF still plays a big part for now.”

Digital newsstand company Zinio is also seeing an increased demand for its ‘native’ product which will reflow source files (mostly PDFs) from the magazine and will adapt them into an article format that can be read on mobile devices.

However, he doesn’t think mobile is the only game in town. “I think the publishing industry has a fantastic opportunity to serve content not only through several channels but also many different devices and I think that’s more of an opportunity than a threat because consumers can access content more easily.”

For publishers making the process of creating the digital edition as simple as possible and providing the necessary analytics needed to measure success are clearly important factors. “Publishers are very happy because we’ve created a self service platform where they can upload their magazines and go live,” explains Vijay Radhakrishnan of digital newsstand company Magzter. It claims to provide publishers with all the information they need including sales reports and which devices are used to download the magazine, how many people read the pages and which pages they read.

With Magzter, publishers have a back end registration page where they can put in all their prices, including subscription prices and single issue prices as well as any jurisdictions and uploading files. As with most digital newsstands, Magzter works on a standard 50/50 revenue share basis so there is much less risk to the publishers – they simply pay a commission on each sale they make through the newsstand.

Next week we will look at the marketing options for digital edition publishers.

Where are your digital magazines?