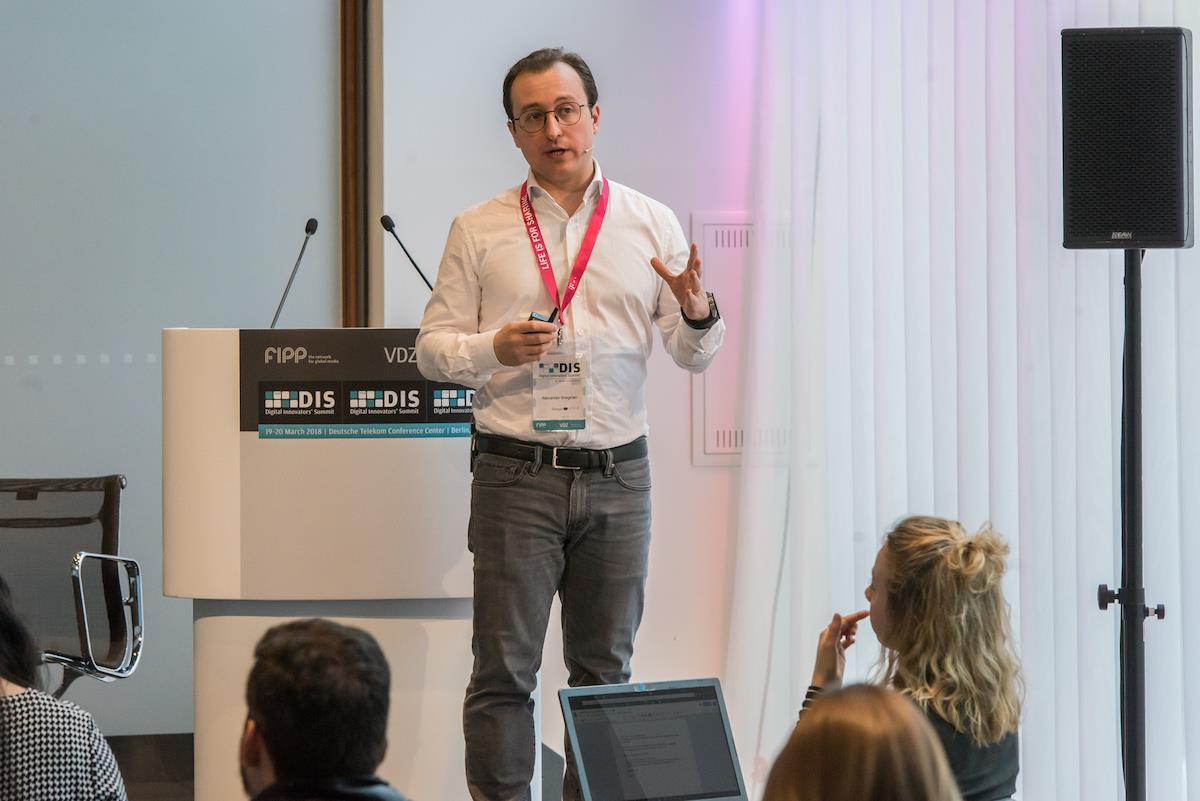 Google Assistant is described as an executive assistant, available across a range of different devices including phones, smartwatches, computers, and headsets. In total, 400 million devices are enabled across the world.

What does that mean for publishers?

Alexander began by outlining three major areas where new media and contexts could be explored by publishers: audio, text, and video.

By focusing on a typical user’s daytime routine, it is possible to identify spikes of interest and therefore points of intervention via one of these media.

Audio: the popularity of “news briefs” or “narrative news”

With Google Assistant, said Alexander, “news briefs” or “narrative news” – created by publishers specifically for the platform – are one of the most popular ways of getting information. “I ask my device, OK Google, what’s the news? It will play a news brief from my favourite channel, for example a recent radio excerpt from France Info, and I can select my own preferences,” demonstrated Alexander.

When a user asks for their morning news brief, they can also ask Google Assistant to follow a particular story throughout the day so that they can stay abreast of what interests them. Spikes of interest emerge during users’ morning routine, commute, and evening routine; publishers can then create and curate an RSS feed of audio content specifically designed to be requested at these most popular times of day. Alexander urged anyone interested to contact a Google representative to register.

Text: Google AMP and beyond

Within the context of Google Assistant, Google AMP is the way in which users engage with text news via their phones. Users can ask Google Assistant to load an article, and this exists within the newly-launched (February 2018) ecosystem of AMP Stories, a visual story format designed to be used by publishers. With AMP Stories, related content shows up according to the topic, encouraging users to keep reading. 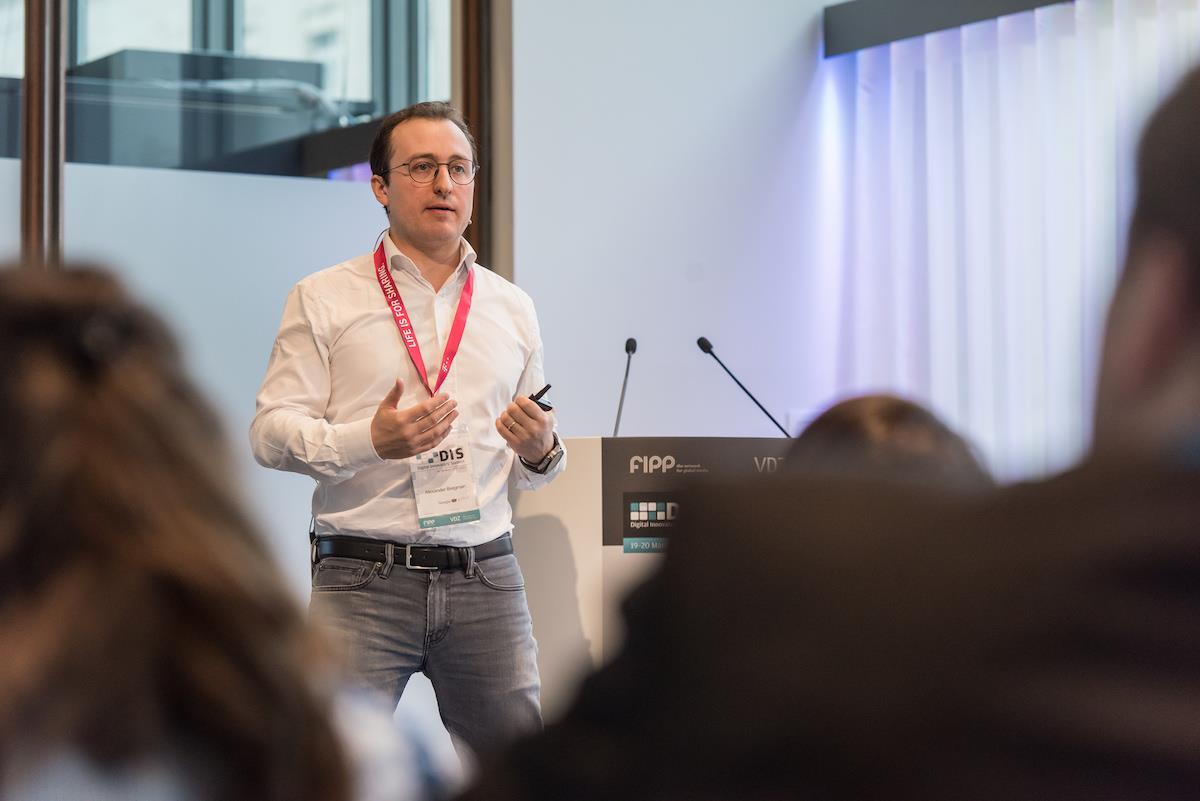 Video: smart speakers of the future

Video is also an emerging format, added Alexander. Smart speakers that have display screens are coming soon, and these voice-first, touch-secondary devices are perfectly suited to partnering with Google Assistant. On these smart speakers, there’s no app store and no apps – they are intended to be kept in people’s bathrooms and kitchens, and to be primarily voice-activated.

Alexander cited the Economist Espresso, which offers different bitesize ways of hearing the news, or the HuffPost’s Headline Quiz as examples of the ways in which publishers have created content specifically to go with Google Assistant. “The experience triggered is a direct connection with a brand,” emphasised Alexander. “It’s being able to say, ‘Google, talk to the Economist’, and having a reason to go back to that brand again and again.”

He stressed that the challenge is on the editorial side: “why should the users come back every day and tell Google to talk to your brand?” he asked. “This is a great opportunity to answer that question.”

On the question of how users discover such content, Google has created the Assistant Directory, which provides ways of finding content via landing pages and “try it” buttons. There’s nothing to download – it simply requires a user to click to test it out. “The notion of ‘talk to my brand through Google Assistant’ is being pushed online by the brands themselves as well,” said Alexander.

As it is a new partnership, the question of how publishers can monetise Google Assistant is not fully developed yet. “It’s still early days, so we don’t precisely know yet what ‘success’ looks like on this platform,” said Alexander. But he highlighted that the popularity of the narrative news briefs makes them stand out as the best format to monetise, via an advertising snippet in the middle or at the end.

This is facilitated by Google, and the company wants to share helpful data, too: “Google doesn’t take an advertising cut at all if you put an ad into your feed. We are a platform; another Google surface and a source for data (like using a Google search). We want to give publishers the data that they need – how often do people listen to their news briefs, how many people, etc.”

To end, Alexander told delegates that the extreme popularity of podcasts could provide further opportunities for monetisation; in fact, podcasts and audiobooks are already listened to on Assistant-enabled devices, and Google expects to see growth in this area.

How Axel Springer came back from the dead