It’s not only them, and it is not only big name US or UK-based brands taking the leap. Take this story from the almost-southern-most tip of Africa as an example, writes Cobus Heyl.

Matthew Buckland is a digital entrepreneur with “the internet in his veins, but always an affinity for print” (as demonstrated in this piece he wrote for FIPP.com in February 2014).

He is the founder and CEO of Memeburn.com, a Cape Town, South Africa-based, technology news and technology site (now with a number of brand extensions), and of Creative Spark, a digital agency (who are FIPP members).

He has been named as one of South Africa’s top 100 most influential media and advertising people. Prior to Memeburn and Creative Spark, he worked at amongst others Naspers, the South African media group that has transformed itself from a local, mainly print-centric company into one the world’s leading Internet media players.

One year on from when Matt wrote his piece on FIPP.com, he is now putting his money where his mouth is with the launch of Burn later this year. The publication will focus on digital trends and platforms. 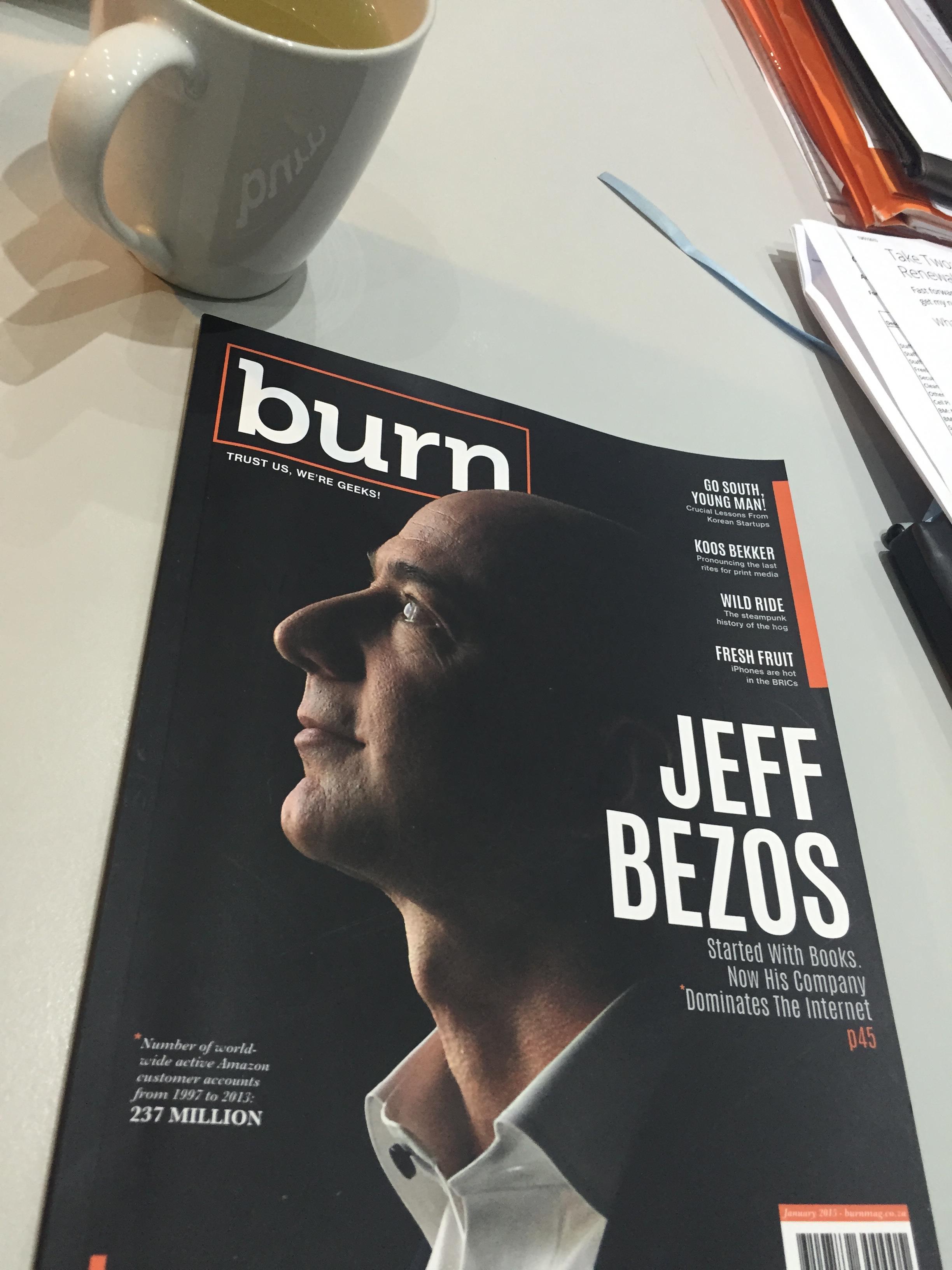 Here Matt explains in his own words, “why print”:

“We are a digital company with assets that are exclusively digital. We want to expand our brand to other formats and platforms. Print media is a good option for us, because we have an immediate economy of scale (we can re-use existing online content in a print format) and it’s a medium where our content can occupy a ‘physical space’ in the world. This is important. The digital world, due to low cost barriers to entry, is noisy and overtraded, whereas print, due to high cost barriers-to-entry, is less so.

“Contrary to all the negative press and the ‘print is dead’ philosophers, we think print magazines and newspapers have a great future as businesses. This is as a result of the digital onslaught on our limited attention spans.

“One thing remains constant: We as human beings can only take in so much and we have limited attention to give media. If you apply the concept of the ‘attention economy’, which treats human attention as a scarce commodity, print has an advantage.

• “Digital magazines are behind your tablet’s “on” button, behind an app or a browser and are just one of a hundred app choices … they are not just there, in front of you like magazine.

• “Print magazines are dedicated devices, digital magazines share a device with many other app distractions and choices.

“Ultimately a goal of a media publication is to attract readers, spread its ideas and advertising. If it’s able to cut through the digital noise, grab my attention and get a read out of me, then it is still relevant and has a life.

“Ironically — the more pervasive digital media gets a devaluing process starts, which paradoxically then starts to make print media unique and special. Anyone will tell you that the better business to be in is the business with a high barrier to entry – because that is what makes it unique and reduces competitors.

“The advertising model in print has an established market. It’s also important to note that print budgets are largely unscathed by the Google and Facebook phenomenon, companies that are increasingly grabbing a significant share of digital marketing budgets at the expense of formal traditional online media.

“Print media will never die, and here is an analogy to explain why:

“If online media is an electric heater, then print media is a fireplace. Electric heaters are modern, efficient, clean and easy to switch on and off. Fireplaces can be dirty, smelly, need wood, matches and takes a small operation to get going.

“You would have thought that electric heaters would have replaced inefficient, old-fashioned fireplaces a long time ago. But they haven’t. Although we may use fireplaces a bit less; we still enjoy sitting in front of them. Why? Well much like print media, we enjoy the experience. Both mediums have a role to play, and an entirely different aura.”

“Print, if done correctly, is still a good business.”