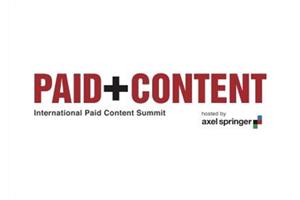 More than 80 experts from leading international media companies from 15 different countries gathered in Berlin from 7 to 8 February 2018 at the invitation of Axel Springer and Bild for the fifth International Paid Content Summit.

Mathias Döpfner, CEO of Axel Springer, said: “Last year's debate about fake news had a very positive impact on the value of quality journalism and the resulting acceptance of paid content. If Facebook and Google finally make their announcements come true and integrate paid models into their platforms, we will have reached the next milestone in 2018.”

At DIS2018, 19-20 March in Berlin, we’ll hear more from Axel Springer on their subs models, while there is also a fascinating case from a newspaper startup in Slovakia earning 80 per cent of revenues from subs. Sign up today before our Early Bird offer with savings of 100s euros ends this Wednesday 14 February.

A survey among the participants shows that they see great potential in the co-operation with Google and Facebook regarding the distribution of digital subscriptions. At the assessment of the collaboration with platforms, Google is attributed a much more cooperative behaviour than Facebook.

Stefan Betzold, managing director of Bild Digital, commented: “The participants agree that there is great potential in the cooperation with the platforms. As a distribution channel, they can play a central role for digital subscriptions in the future. However, there is still a big gap between well-intentioned announcements and real actions. Now it’s time for the platforms to finally put their announcements into action.”

According to the respondents, the acceptance of paid offerings among readers continues to develop positively: 70 per cent of the participants stated that readers' willingness to pay had continued to increase (previous year: 74 per cent, 2016: 57 per cent).

According to the survey, this year’s key success factors in the further development of paid content are the optimisation of user flow (86 per cent approval), investments in editorial content (78 per cent) and a better understanding of data in the newsroom (74 per cent). Jon Slade, chief commercial officer of Financial Times ads another success factor for 2018: “Sometimes we can overcomplicate the proposition we put to customers. Therefore simplicity will be key, and also to keep the organisation prioritised and focussed.” For Espen Egil Hansen, publisher Aftonposten, other challenges are in the foreground: “This year we realised that readers are really willing to buy our product. Now we need to work on users engagement: users don’t have the habit to relate to us every day and therefore churn prevention will be a big challenge.“

This year, the Swedish tabloid newspaper Aftonbladet received the Paid Content Award. With this award, the jury was honouring one of the pioneers in paid content. As early as 15 years ago, Aftonbladet developed a freemium model, which was a role model for many other publishers. Since that time, Aftonbladet has consistently further developed its offering and has set new records for subscribers and revenues through innovations and stimuli for growth. Peter Nelander, head of Aftonbladet Plus, and Ted Kudinoff, head of Editorial Plus, about the reasons for the success of their paid offerings: “In 2017 we brought together editorial, product and marketing to work on the Sport+ initiative. Sports is a key part of our DNA and the close collaboration was a key driver for our subscriber growth last year."

Axel Springer is a member of FIPP.