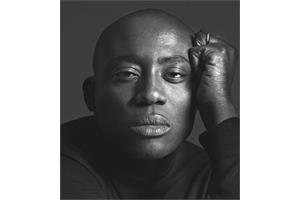 Since 2011 Enninful, who emigrated from Africa to the UK as a child, has been Creative and Fashion Director of the American magazine W, where he has worked with the world's best fashion photographers to produce ground-breaking, highly admired work.

His experience as a fashion editor dates back to 1991 when he was named Fashion Director of the avant-garde British title i-D at the age of 19, a position he held for more than 20 years.

In the years between 1998 and 2011 he contributed extensively to American Vogue and Italian Vogue. In an internal announcement, Newhouse cited his work at Italian Vogue under its late editor, Franca Sozzani, as having "attained landmark status in recent cultural history."

What others are saying about his appointment:

Congratulations to our longtime friend @Edward_Enninful, the new editor of British Vogue! We can't wait to see what you do! ❤️ pic.twitter.com/F0j7ERUrSv

Meet the new boss 👑 @Edward_Enninful is to be the new editor at @BritishVogue: https://t.co/XeURJJI4MA pic.twitter.com/ZvXuiubX91

Condé Nast International's announcement describes Enninful as "an influential figure in the communities of fashion, Hollywood and music which shape the cultural zeitgeist." He was awarded an OBE (Officer of the Most Excellent Order of the British Empire) by Queen Elizabeth last year, and in 2014 was named fashion creator of the year by the British Fashion Council.

Born in Ghana 45 years ago, one of six children, Enninful was brought to London as a child and grew up in the city's Ladbroke Grove area.

He became interested in fashion as a teenager when he was scouted as a fashion model. He displayed a talent for fashion styling as a teenager, which led the then Editor of I-D, Terry Jones, to appoint Enninful as the magazine's fashion director, the youngest in the industry.

He attended Goldsmith's, University of London, well known for its art programmes, but left before graduation in order to plunge full-time into a fashion editing career.

Vogue Café to open in Berlin and Porto

Alexandra Shulman to stand down from British Vogue