What is the reason for the digital fall-out with the print and design industry’s most popular design tool? The main reason is the need for multiple device design layouts to be covered off by one ‘design’ workflow. InDesign does not create ‘responsive’ layouts, and also creates an ‘image’ of the page, as opposed to HTML layouts, which use rich text, meaning searchable functionality, shareable content, and flexible in publishing terms, i.e.: make your content once, send it wherever it needs to go. InDesign cannot do that right now unless you publish to PDF. Which is not the answer…

Its all about optimising for the reader…

When used in Adobe DPS, and a few other solutions ­ Twixl Media, Mag+ and GoMobile, for example, ­an InDesign layout is fixed to the device screen size. If I were to create an iPad-sized layout, this layout will simply not work well on iPhone or Android phone. You’d see ‘letter-boxing’ (black bars either side of the page, or at the top and bottom), and the font size would be far too small for a satisfactory reading experience. I would need to create a separate inDesign layout for pretty much every device screen size if I wanted each platform’s digital edition to be optimised for the reader. Three times the workflow? No thanks. I enjoyed it in 2011. Not anymore. 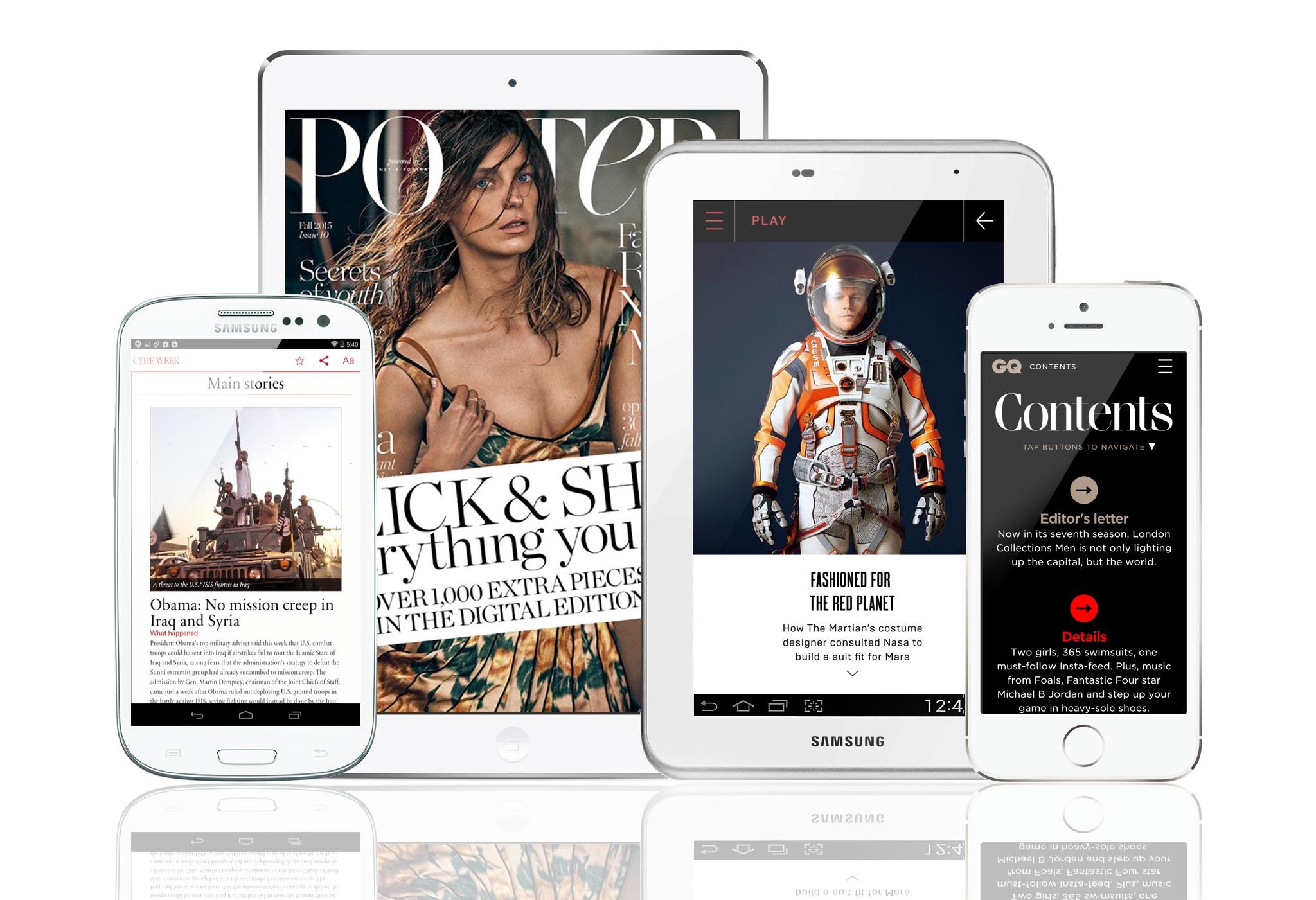 Did you try Liquid Layouts? No, I didn’t either.

Adobe did try to resolve the multi-layout challenge by introducing ‘Liquid Layouts’ to InDesign, a semi-automated alternative layout feature – but it has never taken off – it was too complicated and time-costly to use, and also meant that your layouts had to be so strictly tagged and locked down that it offered no real flexibility for the designer. But the ease and flexibility in quickly changing your layout using InDesign is what makes it such a great design tool – for print, naturally – or if you are only making one version for iPad, perhaps.

Don’t get me wrong – the ability to design an interactive edition without requiring to write massive amounts of code or employ a developer in the team is definitely the way to go for me – its just that InDesign isn’t practical at all for more than one device layout, and doesn’t offer the best route to a successful digital publishing model. The days of 500MB pixel-perfect digital magazines will soon to be banished to the history apps.

What if InDesign is the only way?

So if I’m asked – and I do get asked this: ‘What if InDesign is the only viable solution for me?’. Then I would advise that the print issue workflow became more integrated with the digital edition, along with applying some extremely rigid templating across both print and digital – and mix in a stack of automation for extra efficiency. This would involve an InDesign scripting guru, and also the InDesign files for print would have to be so perfect, in regards to stylesheets and tagging, that the creation of the digital editions would be perhaps limited to a couple of days. You would need to stick to templates and work fast, incredibly fast. 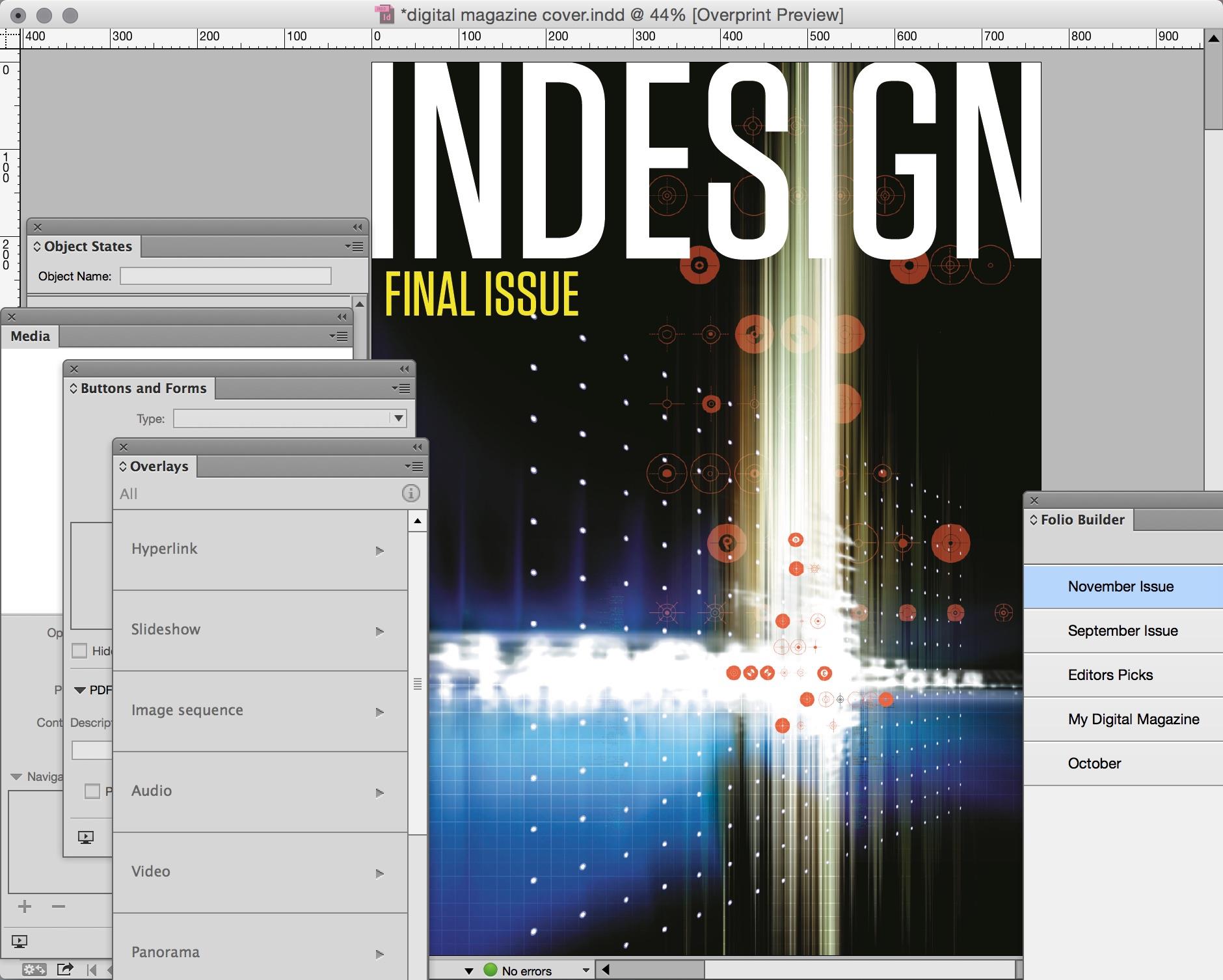 I would also probably recommend using a Content Management System that integrates into DPS or one of the other ‘InDesign-based’ solutions. But having said all this – it’s only going to be a short while before you look for an even more data-efficient, business-efficient and more profitable process to help your digital magazines move forward.

Why publish to other platforms? Isn’t everyone still on Apple devices?

The need for multiple device layouts and a more flexible ‘one workflow, all devices’ solution points to the recent user swing across to iPhone and Android phone devices and also Windows phones. Not that these achieve huge download numbers for digital magazines, they never have. But its vitally important for a publisher to be available across all markets and on all devices to capture as many customers as possible. The market force of users consuming content on their phones instead of tablets and in print is pushing the whole publishing world this way.

The big shift to HTML…

It was always going to happen – and the writing was on the wall when the publishing industry realised that tablet editions were not going to grow as much as first hoped, and having three designers creating those ‘pixel perfect’ layouts for three or four different app stores after the print issue process, was just too demanding – even for the likes of Wired and GQ. The cost of employing three designers to create a digital edition pretty much wipes out any prospect of profit with the current digital circulation figures in mind. And also the moment that editorial content finds its way into InDesign, it’ll never find its way into Apple News, Facebook’s Instant Articles, or any other web CMS – other than adding another workflow. Plus this type of data takes up far less space on users devices and is faster to download via 3G, and wi-fi. Readers expect to read articles instantly, not after 20 minutes download time.

Recently, I’ve seen a number of publishers taking on a new way of making digital magazines. Conde Nast UK, for example, are moving over to a far more efficient method of creating their editions for all devices – more on that next time. And this year particularly, with the launch of Woodwing’s innovative ‘Inception’, the industry-leading Pugpig, Contentment (previously Padify), PressReader and 29th Street’s excellent Platypus, is the year of code-free HTML responsive design for content. There are many fantastic digital editions that use HTML solutions to make their content work harder – from Porter, Harrods, The Week, Campaign, Little White Lies, Stylist, Grazia, New Scientist, Dare, Moneyweek to name a few. 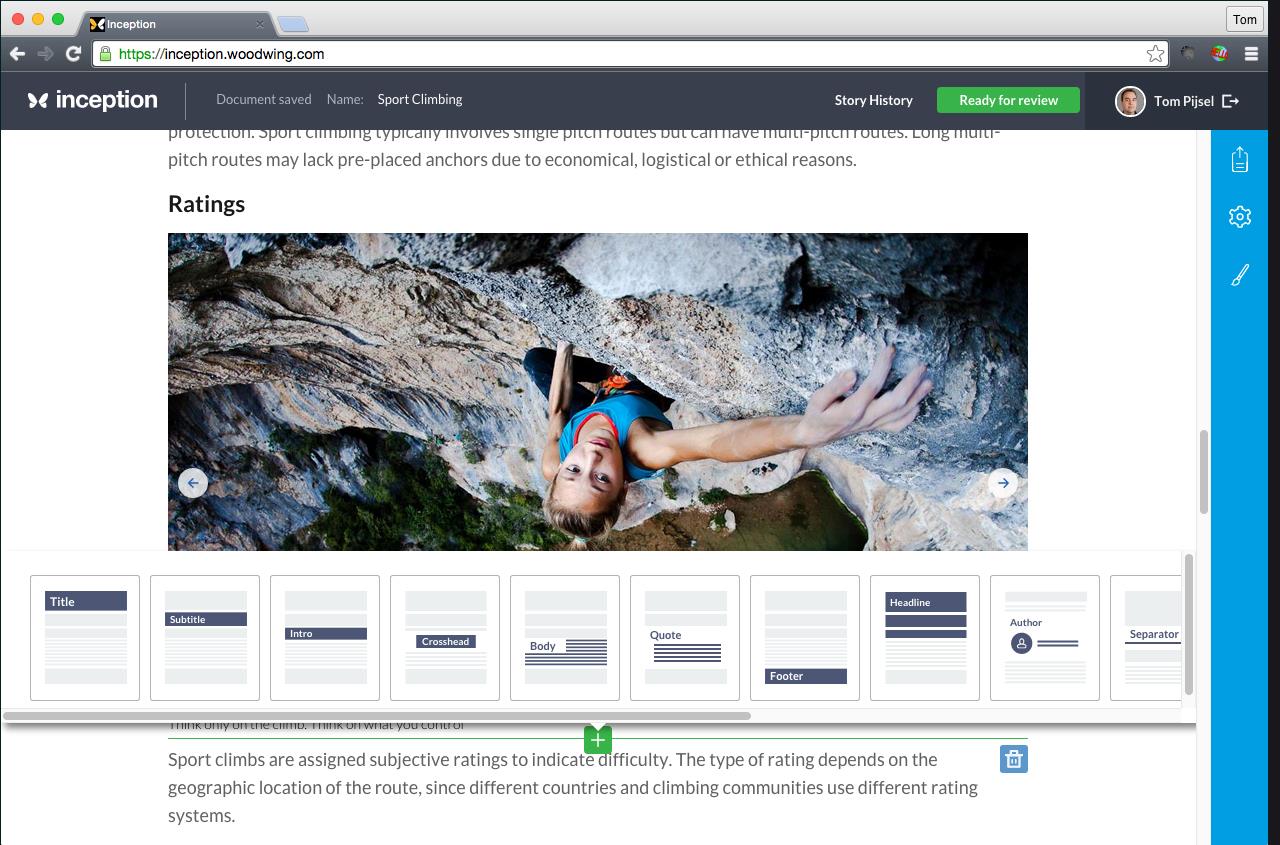 All of these HTML solutions – plus WordPress and more – provide the publisher with a more suitable way of making responsive designs for all devices, publishable to most systems and web servers. All you need for each solution is your designed templates and to learn the tools and off you go. Some of them even feature InDesign-like features to help with the learning curve! Many conveniently integrate into Adobe’s DPS 2015 solution, and into Pugpig, or their own distribution platforms – so the problem now is deciding which route to take and how much to invest in learning, and implementing. Building a road map is key as ever, and, of course, talking to other publishers and experts for a second opinion…

From a design perspective, working out a way of designing your new HTML issues differently to everyone else is key. We are seeing a change in digital magazine designs as a result of user habits, demands and industry flavours – and there are limitations to designing in code compared to the free spirit that is InDesign – but I do think magazine designers will have to compromise on that InDesign ‘flexibility’ in making tweaks and changes to kerning, tracking, leading and typography. Hopefully, design teams will slowly begin to realise that HTML templating with expertise is just as cool – and that perhaps learning a little about CSS and how code works may benefit their career chances over the coming decade. Its going that way, and it isn’t going to stop changing either – it hasn’t stopped changing since April 2010 when the iPad launched.

So – back to the title – is InDesign dead in the water for digital editions?

In some ways, we may see a few publishers taking on a hybrid approach. Top Gear use InDesign to great effect – its one of the best digital editions – “in the world”, and they now utilise Woodwing’s Inception to create a whole section of their more templated layouts to save on time, and this means the team are then able to spend more time on other features. Whatever works for each magazine I suppose. If you can make it work – then find a balance and see which combination makes the most sense. 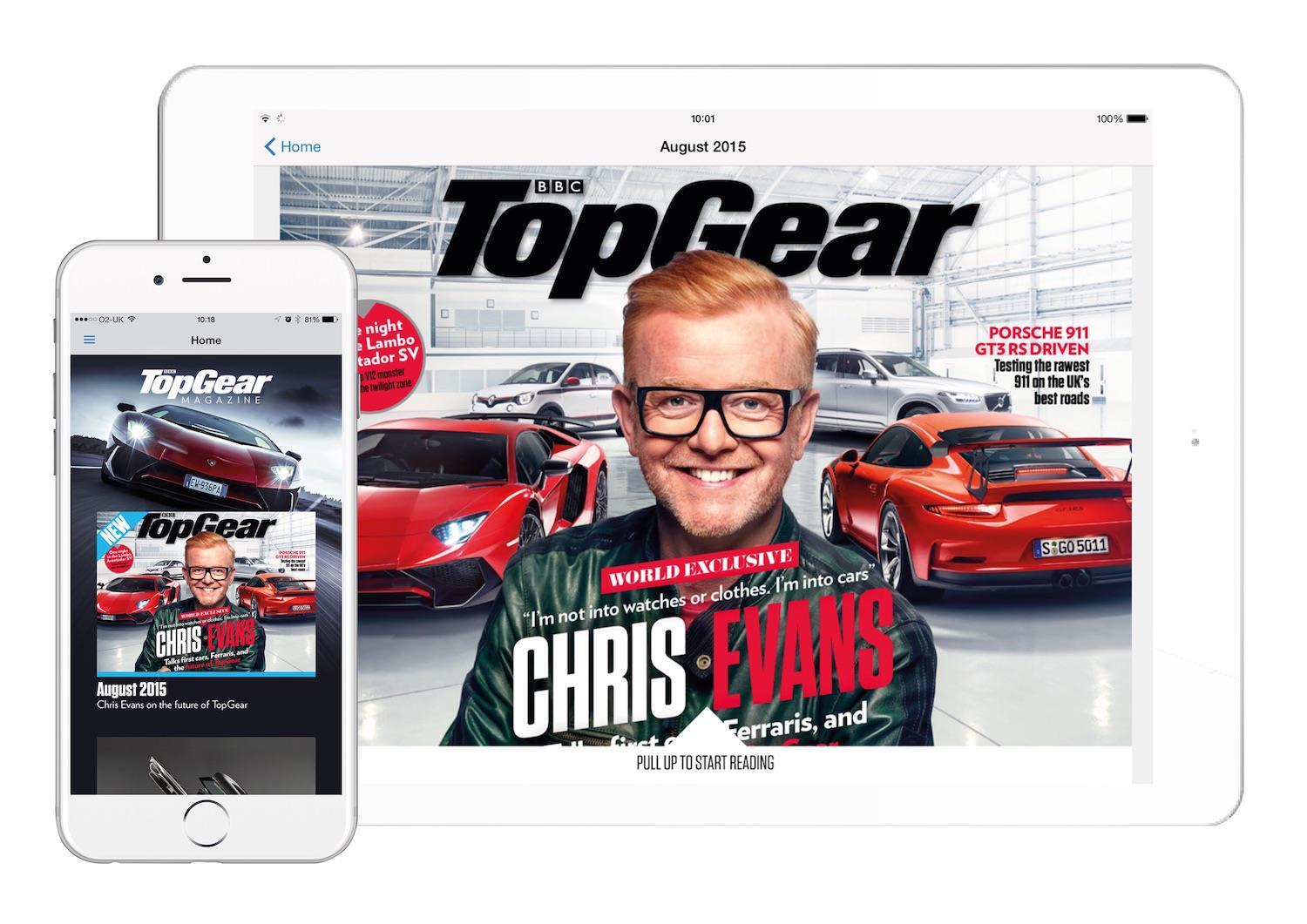 So, no – I don’t think InDesign is destined to become a print-only tool. Adobe may seek to develop its HTML capabilities – or launch a new software application to counter the rise of the new platforms mentioned earlier. And don’t forget Adobe Muse and Dreamweaver – both work well but aren’t optimised for digital editions, yet. And there are plenty of brand agencies and design studios who use InDesign for fantastic interactive editions of customer magazines, presentation apps, brand guidelines and sales communications apps. So if you’re an InDesign DPS designer – don’t lose heart – seek out those work opportunities elsewhere. Its just publishing that’s apparently fallen out of love with InDesign in this instance.

10 ways to get more downloads for your digital magazines