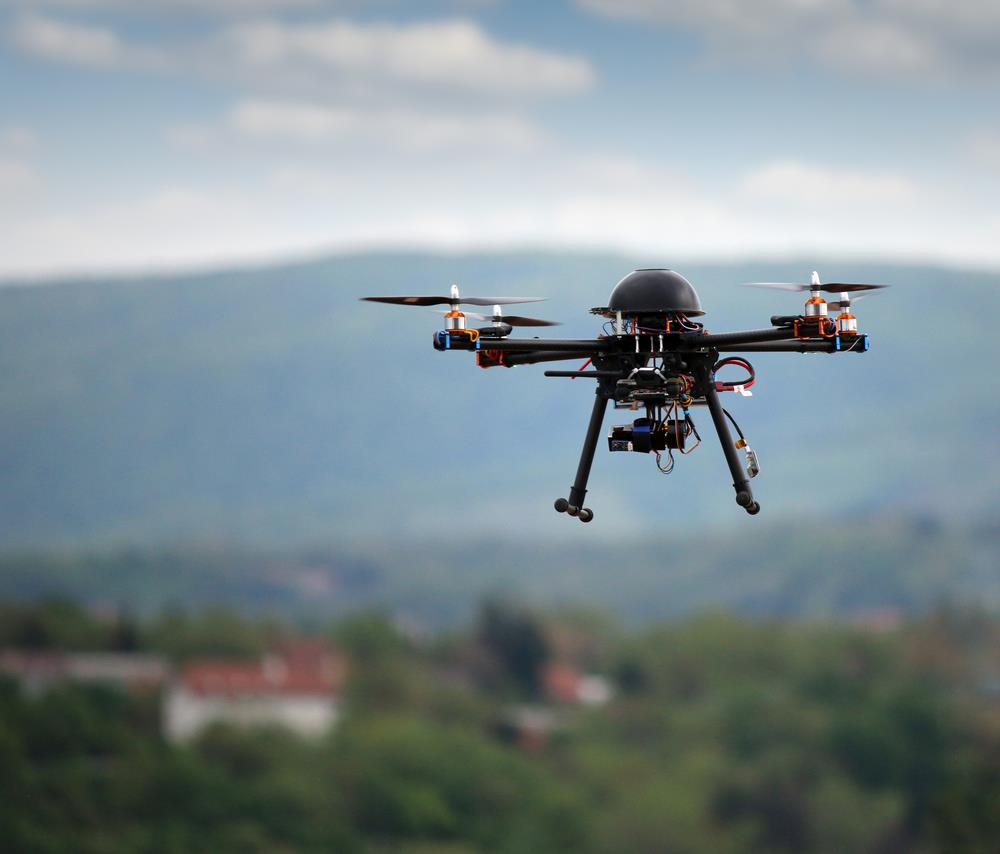 However those companies which have started to experiment with using drones have often hit a brick wall of regulation – which can differ country to country. The initial buzz about drone footage has also subsided a little, and some media pundits are already suggesting that ‘floating above the ground video content of news events’ is already starting to look a little cliched.

One man whose sees the potential of drones, as well as being aware of some of  the sensibilities around their use, is Matt Waite of Drone Journalism Lab. Waite has been exploring the possibilities drones afford media companies for several years now, and here are his thoughts on how and when they should be used, and what role they will play in twenty first century news reporting.

Is the concept of drone journalism just hype?

There is a lot of hype. There’s no doubt about that. And some of it is just silly. But I don’t think there’s much of an argument that a flying camera isn’t really useful to journalists. Like with all technologies, journalists tend to get a little overexcited about a technology and oversell the importance. Drones are a tool. They’re a really useful tool, but just a tool. This isn’t some fundamentally new storytelling technique. This isn’t some quantum leap in communications. It’s a really useful tool that opens up perspectives and data that was too expensive or cumbersome to get before.

What type of scenarios you think Drones will be used in?

Frankly, and as part of the hype, they’ll be overused once the restrictions become more workable. We’ll use them at every car crash and house fire and that 80 feet above the ground shot of some news event will become so cliched as to become not noticeable or special anymore. Where I think drones are their most useful are in stories where there is a large spatial extent. When you, as a journalist, have to explain how far something goes or how wide something extends, a drone is going to be a really, really useful tool to have. So natural disasters like hurricanes, floods, wildfires, earthquakes — those are going to be especially useful. Nature and environmental stories are another area drones will be useful for. But in the near future, you’re going to see journalists cramming a drone shot into just about everything.

Are there any other ways they can be used in journalism behind video? Examples?

I think the real future of drones in journalism is in data journalism and virtual reality. You can use a drone to map a newsworthy area in a short period of time and you can use the drone to create 3D models of a place for virtual reality environments. A former student of mine, Ben Kreimer, has done this in Kenya.

Is drone journalism all about news journalism? Or are there ways it can work for magazine publishers?

Any medium that needs perspective will find drones useful. An early adopter of drones was National Geographic. It would take me some time to think of how a fashion magazine might use them, but I bet I could come up with something. The trick is to just wrap your head around the fact that drones are very good at providing perspective. From there, you just add imagination to find uses.

What advice would you to give to publishers who thinking of experimenting with drone journalism?

Know the rules in your country before you do anything. The world is a giant patchwork of rules right now, and the United States is particularly nightmarish because local and state governments are passing their own rules before the federal government can get their regulations on the books. So where you want to fly is extremely important, from the actual pinpoint place you want to fly (because you need to know where airports and other aircraft are) to the jurisdiction you are into the country you are in. Some places have rules that allow for commercial use — Canada and Australia are held up as models, and I find Chile to be a particularly well drawn set of rules. Lots of places in the EU have rules that make it possible, but some places are more difficult than others. I can’t tell you how many phone calls I’ve received from publishers saying “We bought a drone! Now what?” And I have to explain to them that they should put it back in the box or face considerable sanctions from the civil aviation authorities where they are. After you know the rules, it’s practice practice practice and start small and simple.

What are the regulations governing drone journalism use in the US? Are they the same in other countries?

See the previous answer for this, but the rules in the US right now are that you CAN use drones for commercial purposes, and the FAA considers journalism to be a commercial purpose, but you have to get specific permission from the FAA and, more importantly, you have to be a licensed manned aircraft pilot. That’s right. To fly a 3 pound hunk of plastic on the ground, you have to know how to fly an airplane. The FAA says it’s a requirement of Congress, and the reason is because the manned license is the only way the FAA can be sure you understand airspace rules and other aviation regulations. But that’s the main thing that’s keeping people out of the skies for commercial business. That pilot’s license can cost anywhere from $7,000-10,000. which is just too costly for most people. I spent my summer getting a pilot’s license so I can get that FAA permission for my program. It’s not easy to get. And nowhere else on earth does this. The UK has a special license you have to get, but it’s drone specific and doesn’t involve flying an airplane. It’s really hard to generalize about the world because everywhere is different. The US is the most restrictive, there’s a middle ground of countries that have rules that make it possible if you get permission, and there’s a dwindling group of countries that have no rules at all.

How does your academic background influence what you are doing?

Here’s my secret: I don’t have an academic background. I’m what is known as a professor of practice, which means I was hired because of my substantial experience as a journalist. So I’m approaching this as a journalist first and an academic second. So the better question is how is my journalism background influencing this, and the answer is that it’s the whole reason I’m here. I believe these devices will be very useful for journalists and I want them to do it right: With safety and ethics as the chief drivers of their use.

Which media brands do you think are doing drone journalism well? Could you give us some examples?

The BBC was the first broadcast outlet in the world with an internal drone unit and they are doing phenomenal work. The 70th anniversary of the liberating of the Auschwitz concentration camp is truly amazing video. It does what I’ve mentioned here: It gives you a perspective on just how *huge* the camp was that I’ve never seen before, and I consider myself a history buff. I’ve seen images of that camp thousands of times and that video the BBC did affected me in profound ways.

Drone journalism: ‘Now is the time to get playing’