The Board also elected Jon Werther to succeed Harty as National Media Group president. Werther currently serves as president of Meredith Digital. He also has oversight of the Better Homes and Gardens and Martha Stewart Living media brands.

“During his tenure at Meredith, Tom has led initiatives to strengthen our media brands and grow diversified revenue sources such as digital, brand licensing and marketing services,” said Lacy. “Working together with Local Media Group President Paul Karpowicz and Jon Werther, I’m confident Tom can continue to grow Meredith’s position as one of America’s leading media and marketing companies.”

Under Harty’s leadership, Meredith has consistently increased its share of advertising revenues against its competitive set. He created the innovative Meredith Sales Guarantee, which proves that advertising on Meredith’s media platforms directly leads to an increase of product sales at retail. It has subsequently been adopted across the industry.  He also led an expansion of Meredith’s digital initiatives – including the acquisition of Allrecipes.com, the world’s largest food site – and spearheaded expansion of Meredith’s high-margin brand licensing business, which includes Better Homes and Gardens products at Walmart and a partnership with Realogy to create the Better Homes and Gardens Real Estate Network. 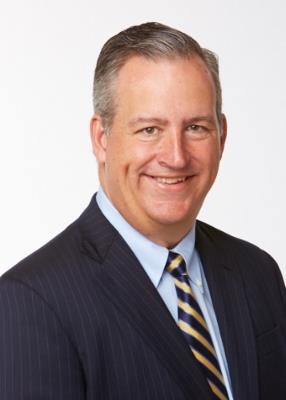 “I’m excited to lead the best team in the media and marketing industry,” Harty said. “Here at Meredith, we are well-known for a collaborative culture that is highly effective in the marketplace. With our tremendous brands, we are well-positioned to continue expanding our connection to consumers and help clients who want to reach them.

“I am particularly eager to work alongside Paul Karpowicz and our Local Media Group leadership team,” Harty continued. “Paul has done a tremendous job building the best-run television station group in the industry, and I look forward to working with him to aggressively expand its footprint.”

Harty joined Meredith in 2004 as Vice President of its Magazine Group and subsequently served as its Chief Revenue Officer and President of Consumer Magazines.  He was named National Media Group President in 2010.  Immediately prior to joining Meredith, Harty was Senior Vice President for The Golf Digest Companies, a division of Advance Publications. His broad experience includes senior leadership positions with several of the industry’s largest titles.  Harty earned an MBA from Iona College and a Bachelor’s degree from Castleton University. He currently serves as Treasurer and on the Board of The Association of Magazine Media.

Read the rest of this announcement.

Meredith is a member of FIPP.

Meredith and Pacific to increase reach of Allrecipes in Australia