Yet even as publishers tussle with the issues of sharing content via social platforms, a new and potentially much bigger challenge is starting to emerge? How can publishers share their content on messaging apps? 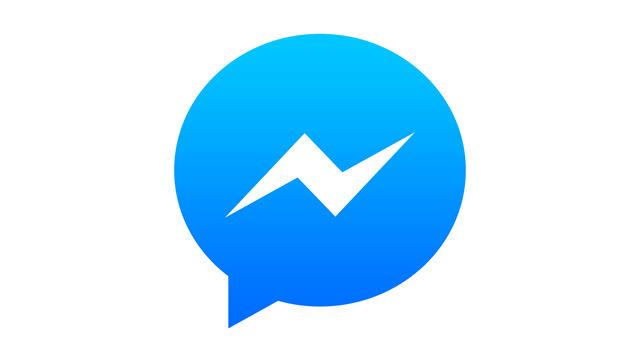 Why are messaging apps important?

Up until recently the only companies to explore the publishing potential of messenger apps have been the most technologically-driven (BuzzFeed, The Washington Post etc) and cash rich/peculiarly funded media companies (the BBC). This is now changing because more companies are waking up to the fact that many more of their potential readers are using messaging apps than social networks. It’s a seismic shift that clearly hasn’t escaped the leadership team at Facebook for the company acquired WhatsApp in 2014, and also that year pretty much forced its social platform subscribers to download its own Messenger app, which now boasts more than 800 million active users.

It is a universal movement too with different apps leading the way in different markets. So, for example, WeChat has been hugely successful in China, while LINE is a market leader in Japan. Kik is becoming a key player in the US, while What’sApp and Snapchat have been very successful in both North America and Europe. All the apps have a messaging core, but have different executions and special features.

There are many reasons for the meteoric growth in usage of messaging apps. The key one could be that the desire for person to person, or person to small group communication, has become central to millennials. Perhaps concerned about privacy issues, or simply taking a different view about social platforms than their elders, millennials seemingly prefer not to broadcast their views and content to wider audiences, but rather share it with smaller groups and individuals. The meteoric rise of Snapchat, whose content self-destructs after it has been seen, is a classic example of both of these trends. For youngsters who are concerned about their parents, or bosses, dogging their every social move chat apps are a place free of prying eyes.

One of the key fears of many media companies is that the messenger apps may go on to provide a whole ecosystem which effectively does away with the requirement of the user accessing the web. The Guide To Chat apps report here, points out that in China for example, millennials are using WeChat for messaging and social networking, as well as buying goods and services and mobile banking. There really is little requirement for its user to venture outside to the wider web.

There is also the problem of access. With Snapchat, for example, the company has very tight controls on which media brands can ‘broadcast’ to its users. Its Discover option is one of the most highly coveted (by media brands) platforms and is limited to just 20 or so mainly youth focused publishers. Discover is clearly already having significant impact on both the way some media brands create content, and the bottom line in how much they generate from external platforms.

Another potential headache, or opportunity depending on your point of view, for the media companies is the way that the new messenger apps offer very different ways of creating and publishing content and interacting with individuals and groups.

One of the reasons why Discover has been so successful is that the content is produced for the platform is bespoke and totally geared towards its targeted audience. It is not a place where publishers offer cut and paste analogues of their websites.

Equally, platforms which are driven by emojis, stickers and short videos, provide challenges to brands to harness those media to create new and compelling content.

And then there’s the potential of bots, especially when powered by artificial intelligence. Put simply a bot is is a software application that runs automated tasks (scripts) over the Internet. When they are teamed up with AI – which can analyse responses from individuals by looking for keywords – media brands can create conversations with their audiences that are largely untouched by humans.

A great example of this is Washington Post and the quizzes it shares on Kik. It could, however, be that users ask messenger apps to send them the key news stories of the day. Using AI the bot has already analysed what is on the mind of the user, via their recent discussions, and can send them stories – which almost certainly will open in the app and not take the reader elsewhere. This could be compelling for longtail and tutorial based content. Eg ‘I see you have bought this phone – have you tried to do this?’ Or even ‘sorry to hear about the end of your relationship here is an article which has five positive things you can do today to move on’ etc.

There now widespread rumours that the company is about to open Facebook Messenger to media brands with the big announcement coming at its annual developer’s conference F8 in April.

Last year Facebook announced the creation of an iOS news ticker Notify, which enables users to to subscribe to their favourite media brands and receive short messages and links from them which are delivered to their lock screen.. The stories open in in -app browsers. This technology could clearly be very effective if used with Messenger.

Even more compelling is the potential arrival on Messenger of opportunities for media brands using artificial intelligence and bots. One example of how this might develop is provided by German publisher Bild.

As this article Marketing Land explains “After people started a conversation in Messenger with BILD Ticker the publisher’s chat bot would send them messages briefly describing a news story with a link to Bild’s site to check out the full article.”

If Facebook continues to push Messenger, in tandem with What’sApp, then it could become the most significant messaging company in the world by some distance. Which suits publishers fine, as creating content for so many platforms is clearly a barrier to entry for them at the current time.

For media companies there is one other massive unanswered question. Experimenting with content on messenger apps is all very well, but how can they monetise their work? Are apps only ever going to be useful for brand building? Or will the messenger app providers create revenue share deals along the lines of those offered by Facebook for its Instant Stories and Snapchat for Discover?

Ultimately the rise of messenger apps posses some very serious questions for publishers, and once again seems to add more credence to the possibility that the future of media companies might not necessarily be built around their own owned websites.