“Magazine brands have evolved into true multi-media platforms that grab and hold the attention of audiences,” said Linda Thomas Brooks, President and CEO of MPA – The Association of Magazine Media. “The Magazine Media 360° reports demonstrate that regardless of format or platform, consumers are passionate about magazine media and continue to trust and deeply interact with the professionally researched, written, edited and curated content.”

Over the course of five years, MPA studied more than 135 brands representing 95 per cent of the American adult reader universe. Since 2014, Magazine Media’s Total Audience has grown +24 per cent to 2.0 billion. 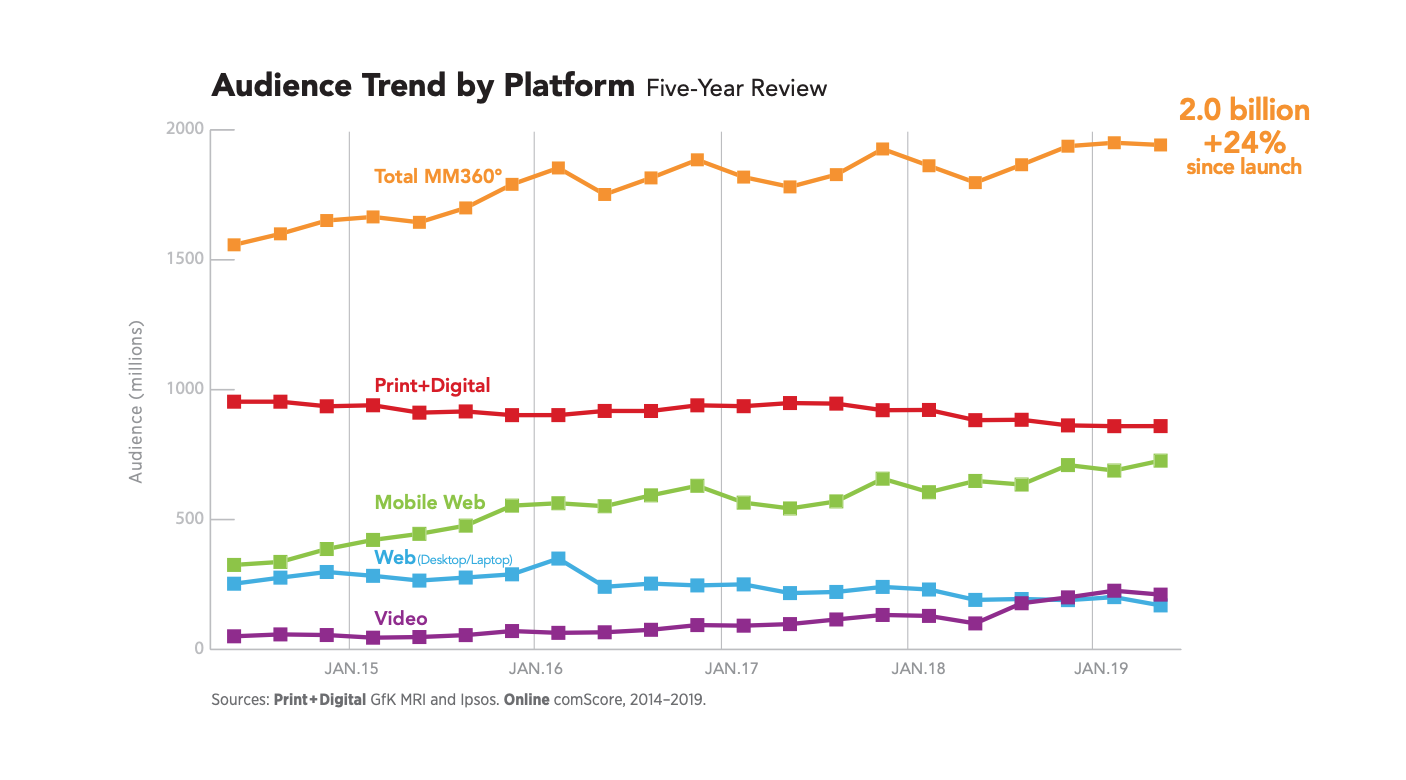 “Magazine Media 360° is the first analysis of its kind within the media industry, “noted Jeri Dack, Director of Research Initiatives, MPA. “The Brand Audience Report shows that the magazine media universe has grown overall by 24 per cent, while each platform with the ecosystem has had its own trajectory. In other words, the pie itself has grown larger, with the pieces inside taking on different sizes in the past five years.”

The Brand Audience Report research shows that consumers have made a dramatic shift from the larger computer screen to the smaller mobile screen of tablets and cell phones in the past five years. Mobile (defined as websites viewed from a mobile device) has grown a tremendous 122 per cent. At the same time, Video (defined as video viewed on either a desktop or mobile device) has grown a whopping 425 per cent. 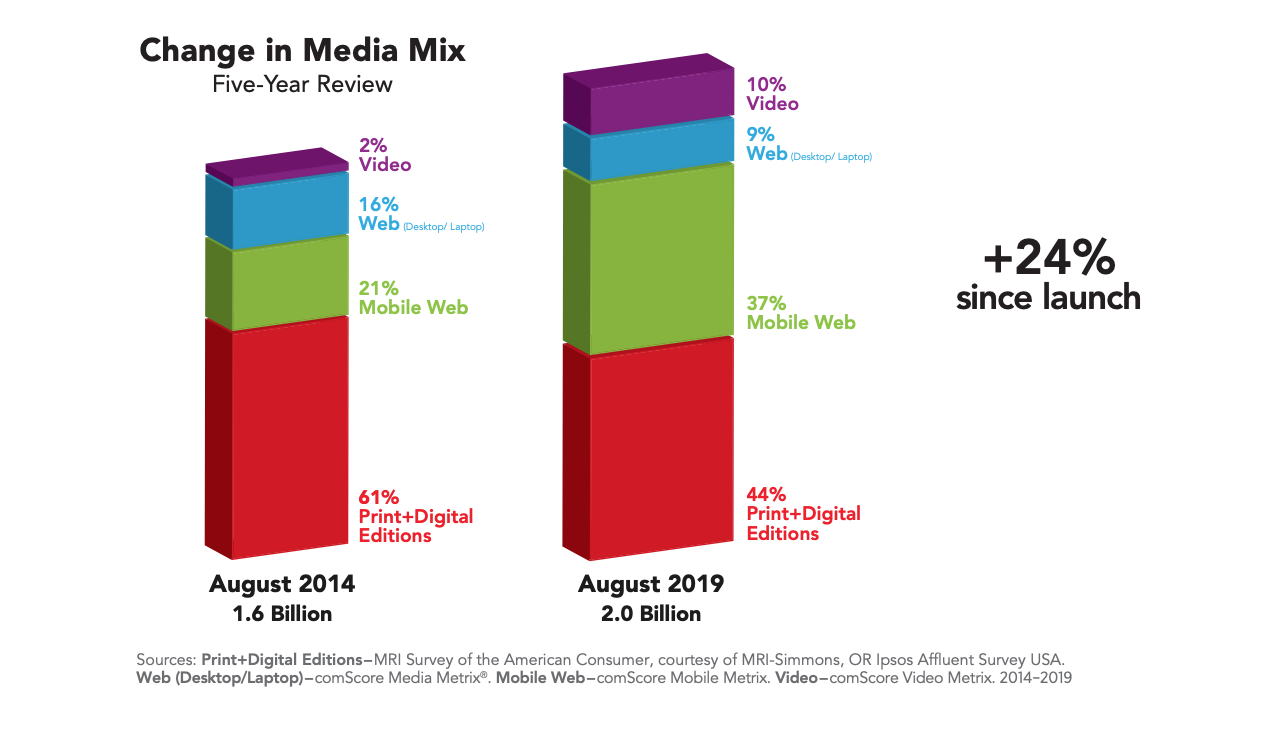 “Magazines are the original influencers,” said Thomas Brooks. “By using verified, third-party measurement and research, we verified that magazine brands still have what other ‘influencers’ are trying to find – consistently growing audiences who seek reliable content.”

The Social Media Engagement Factor compares the number of social actions to the number of posts on social media. Using this methodology to create a median engagement factor, MPA was able to compare magazine and non-magazine brands, by social network, across the fifteen content categories covering the participating magazine brands. Throughout the nine consecutive quarters of tracking engagement metrics by category, magazine brands’ average Social Media Engagement Factors on both Facebook and Instagram were higher than that of non-magazine brands. On Twitter – more of a ticker of real-time information – the two sectors compared more equally.

At the end of 2018, MPA began looking at online engagement metrics for Web and Mobile Web sites. “The data has provided further support that online users are passionate about magazine brands’ content,” said Dack. “In almost all the opportunities we analysed, magazine media brands were superior or equal to non-magazine brands.”

Measuring widely accepted attributes of engagement in consumer media: loyalty, immersion, intensity and connection, using third-party metrics sourced from comScore and statistics from the MPA’s Social Media Engagement Report, an Online Engagement Report was created. The report demonstrated that 81 per cent of the time the audiences to the sites of magazine media brands are more engaged than those consuming similar content on non-magazine brand sites, and only 13 per cent of the time are they lower.

[Download] Luxury in media: How prestigious brands prepare for 2020