Last week the Condé Nast title Wired announced that from now on anyone with ad blocking software installed would not be able see its website. Instead they can chose to whitelist the site and see the content and the ads, or alternatively pay a subscription fee of US$1 per-week to see an ad-free site. 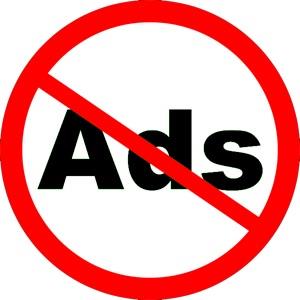 Wired aren’t the only ones. City AM announced it was refusing to show its content to people with ad blocking software installed on the Firefox browser in October, while The Washington Post, Forbes, Slate and The Huffington Post all now ask visitors, very nicely, to switch off their ad blocking software. Most make the point that journalism costs money and that the software is depriving them of income.

In Germany Axel Springer has banned ad blocking software users from seeing Bild while G+J has been experimenting with various types of responses for many months now.

There are also companies working on third party solutions to the problem. Sourcepoint, a company set up by ex-Google man Ben Barokas, aims to provide the technology that offers publishers a three-bucket response to visitors with ad blocker enabled.

“We let them know that they need to accept the standard ad experience, or create a customised ad, or have the option to pay for subscriber services,” says Barokas. “We don’t just see this as an ad blocking problem, we see it as a ‘how do we create long term viability and sustainability for the eco system’ issue.”

There are signs that companies playing nicely with readers is actually working –  but is this a long term strategy? Might publishers get a little more feisty with readers that use ad blockers in the future?

Naturally this has already merited a response from the ad blockers. The Next Web reported that “the adblocker-blocker has been born. It’s simple, really: it tricks sites that use anti-adblocker technology into thinking you aren’t using an adblocker. The adblocker-blocker lets you keep your adblocker on when you visit a page that would usually disable it by using a JavaScript file and filter list. This means you can work around bans on adblockers from common news companies, like Forbes, which lock you out when you’re detected.”

In some ways there’s an interesting analogy with the battle against the malware industry. Jeremiah Grossman, Founder, WhiteHat Security, points out though that once the publishers commit to fighting the blockers they will always be one step ahead.

“The ad tech industry behaves quite similarly to the malware industry, with both the techniques and delivery consistent across both. Ad tech wants to deliver and execute code that users don’t want and it will bypass the user’s security controls to do exactly that. The Ad Blockers vs. Ad Tech war is a fight for control. No matter how the war plays out, what matters is how the war always ends, and it will eventually end with ad tech as the winner.”

There is however a growing possibility that the ad blocking industry may soon face its toughest opponent yet in the guise of Google. While Apple has been happy to house the likes of Adblock Plus in its mobile ad store, Google has kept the ad blockers away from Google Play. Users can employ ad blocking software on Android, but they have to download an external browser and not use Chrome.

Given the huge number of ads it serves on editorial content sites via Adsense, Google has a huge amount to lose from the ad blockers. It has been widely rumoured that Google, along with other like Amazon and Taboola, have been paying Eyeo, which owns Adblock Plus, to whitelist its ads thereby ensuring they are seen. Might there come a point whereby Google decides that it just doesn’t want to give away that revenue any more?

“I’ve reached the conclusion that if they can’t beat them they will join them and if they launch their own ad blocking they will kill off the ad blockers overnight.” That’s the view of Paul Lomax, chief technology officer at Dennis Publishing, who shared his vision of the future of publishing at a recent event in London.

Lomax believes that Google might soon integrate an ad blocker into its Chrome browser thereby giving it control over what ads are seen and by whom. There is also ready a precedent for this in that pop up ad blockers used to be served by independent companies, but are now built into browsers.

The catalyst for introduction of Google’s own ad blocking software could be the launch of its AMP (Accelerated Mobile Pages) mobile optimised service later this month.

“If they created their own acceptable ad format (and made it open source, so it isn’t an anti-competitive issue), then they have the ability to launch their own ad blocker,” argues Lomax. “By doing this, they pretty much kill Eyeo  over night – no more paying the ransom. And they clean the web up over night too.”

Google could also use strong arm tactics with publishers and advertisers to ensure that it gets its way.

“Google are incentivising AMP (and thus AMP acceptable ad) adoption by giving AMP pages priority in search results from next week,” explains Lomax. “Mobile to start, just Google News results, but that will extend to desktop at some point and other parts. And they’ve got Twitter and Pinterest etc on board too. Once you have a critical mass of sites/platforms, you’ll get a critical mass of ad creative that meets the standards, which is when you can flip the switch and ad block everything that doesn’t work at the browser level.”

Google has also said in a post on its blog that the ads on AMP need to be both ‘beautiful and innovative.’ The company is clearly on a mission to clean up the web and make it run more effectively and so might it veto any ads that it feels doesn’t fit its criteria?

The rise of native advertising, which seems set to become more and more integrated into editorial content as time goes by, as well as the proliferation of ads on social platforms like Facebook Instant Stories and Snapchat Discover, are also good news for publishers as they in theory should remain untainted by ad blocking. Yet for many publishers ad blocking remains a significant drain on their revenue and they need to find a response soon rather than later.