Although print is far from dead, magazine publishers are obliged to present their magazine brands via all relevant channels and reach their readers on their favourite devices.

The challenge is that revenues generated by the digital business are not growing quickly enough to offset declining print sales. Publishers can escape this double bind only with highly efficient multichannel publishing workflows, streamlined by powerful technology.

Publishers that implement multichannel publishing face a plethora of challenges. One is the need to address an increasing number of devices with different size screens. Moreover, when they support so many channels, digital file stocks grow significantly. 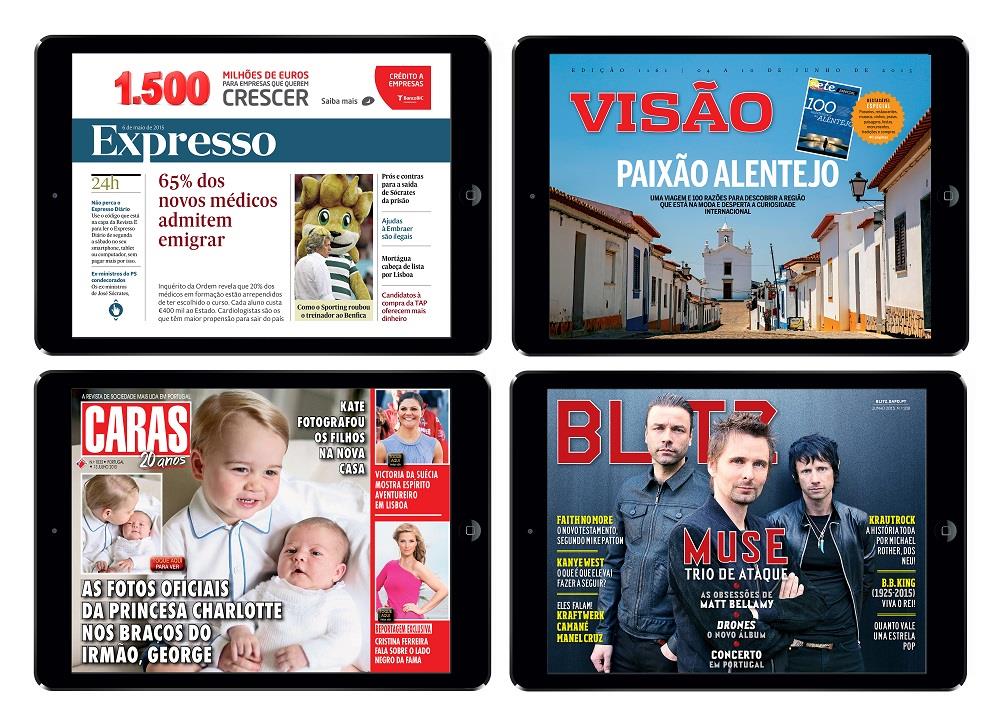 Impresa: One workflow instead of four

Impresa, the leading media group in Portugal, offers a good example of how to successfully address the digital migration in publishing. The group publishes a weekly newspaper, Expresso, and 14 magazine titles.

The newspaper and many of the magazines are available in print and online, as well as on iOS and Android tablets and smartphones. Digital editions account for 10 per cent of overall sales of the group and a market share of 48 per cent of digital publications in Portugal.

By replacing the old system, along with streamlining and standardising existing workflows, Impresa reduced the number of workflows from four to one. The new environment provides a unified perspective of the workflow across all publications and facilitates the archiving process so that content can be reused efficiently and further monetised.

Yaffa Media of Australia is another example of the same highly integrated multichannel publishing and digital asset management environment. The largest and oldest privately owned publisher in Australia creates more than 35 magazines, 16 apps and 25 Websites.

The team launched true multichannel publishing when it introduced iPad apps for some of its leading titles in 2011. Since then, Yaffa Media has released 16 apps to complement its best-known print magazine titles – all from within a single integrated workflow.

Over the years the team found that managing print and tablet content in one system and online content in a CMS was time-consuming and error-prone. Today, the multichannel publishing system is the central system for producing content across all channels.

Thanks to the new environment, the publisher was able to streamline its workflow and curtail production times from seven weeks to three.

The Australian publisher also implemented a digital asset management system that is transparently integrated into the publishing process as the centralised location for all of its content, providing a source of syndication or reuse of content by other editors.

With the release of its new Digital Publishing Solution, Adobe has triggered a revolution in digital publishing. The new DPS allows publishers to create apps for smartphones and tablets using all of the major mobile operating systems: iOS, Android and Windows.

The new DPS supports a completely new way to structure the content of digital publications. Whereas digital editions were previously monolithic files, they are now collections of files, each representing an article. While this new article-based approach ensures much higher flexibility, the biggest advantage is probably the option to create apps that combine static sections and sections that can be continuously updated after the issue is published.

Efficiently creating responsive content for optimal display on any device calls for a new generation of authoring tools. WoodWing’s new cloud-based HTML5 tool Inception is the latest example. Content created with Inception and published using DPS is displayed optimally on any device, without having to be redesigned for every device – a major leap forward in the effort to increase the efficiency of digital publishing processes

At the DPS release event in New York, Qantas of Australia and the National Theatre in London showcased stunning apps created with Inception and DPS. It’s a wake-up call for publishers that two non-publishers are surfing the crest of this new wave in digital publishing.

Complex modern multichannel publishing processes involve so many different types of media that seeing the full picture of the status of production at any given time is very difficult. Powerful analysis tools such as WoodWing’s Enterprise Analytics provide a detailed overview of the status of production down to the file level so that publishers can continue to increase the efficiency and reliability of their production processes.

In a free webinar on September 23, Matthew Gunn, Production Director at Yaffa Media, will share how they escaped the vicious cycle of economic requirements and the need for multi-channel publishing. Please register here.

This article was written by Stefan Horst, PR manager at WoodWing, for FIPP.com as part of a WoodWing sponsored content series.

How Meredith built Allrecipes into a digital-to-print, multichannel success