The transformation journey of Washington-based National Journal took a number of years, but by the time they were finished, the business looked nothing like what had come before. The weekly niche news magazine underwent a revolution, from a subscriptions and advertising-funded brand to a research and advisory firm specialised in getting premium intelligence to high-value members.

National Journal was first created as a research organisation called the Government Research Corporation in 1969, according to Kevin Turpin, president, National Journal. The organisation researched projects for professionals working within Washington who wanted to get deeper information on matters within government, whether it be regulations that the US Federal Government were putting in place, or bills that Congress was considering passing. 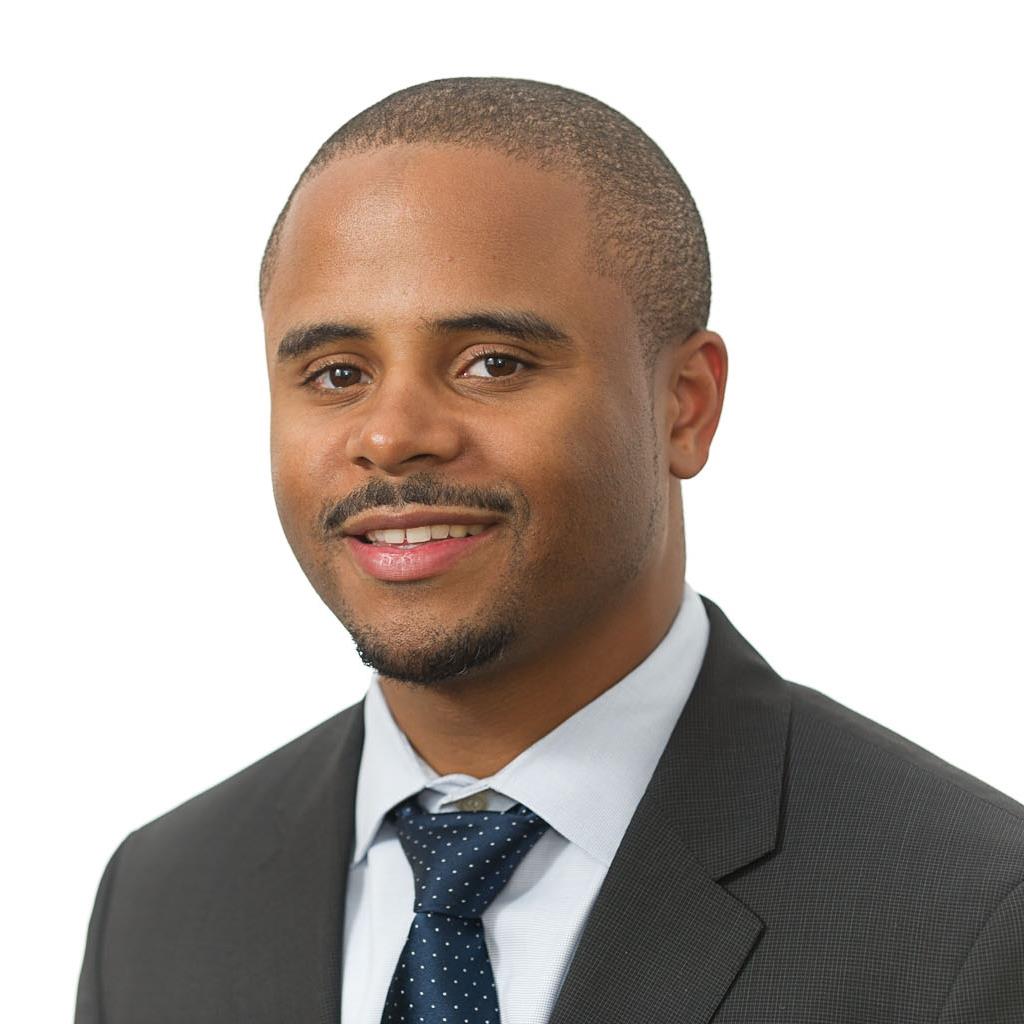 It transitioned in the 1970s to a magazine that covered well thought out and in-depth coverage of Congress, politics and policy at a Federal level. It had a business model of advertising and subscriptions, until 2011, when the company started to shift the business in a different direction.

Over time, National Journal’s business model was overtaken by a couple of different elements. The rise of the internet and popularity of Google put a squeeze on National Journal, Turpin explained. “Part of National Journal’s value proposition is aggregating tough-to-get information sources on elections and politics through a publication called the Hotline. Suddenly, our clients could set Google Alerts and get everything pushed to them that were published around elections they were tracking – that became difficult for our value proposition,” he said.

Secondly, National Journal faced a number of new competitors, digital natives like Politico and HuffPo, along with Google Alerts, coming into their market around 2009, which made it more competitive. Before that point, their subscriptions and advertising business model served a specific niche market, which included policy makers and insiders in Washington, as well as the federal government and individuals in academics. “The market was very niche, in that it wasn’t a business that was serving the Fortune 5000 national or international market,” Turpin said. “We had much less opportunity because we were so focused on a geographic area (Washington DC).”

Thirdly, in late 2008, the global financial crisis occurred. Some organisations pulled out of Washington altogether, Turpin said. “We lost subscribers because of that, we lost sales opportunities, and our market became smaller. That made it difficult to do business especially when you were the established business in the market.”

This state of things in 2008-2009 posed a huge challenge for National Journal. If they stayed a weekly news magazine with revenue streams from advertising and subscriptions, their business would have continued to see a revenue and profit margin decline and gone into the red.

Instead, they faced a massive business decision for National Journal, something Turpin called a challenge.

“We had content that the market still believed in, the market still thought was a cut above, but the market had more choices and budgets that were under more scrutiny,” he explained. “We could try harder by putting money into it, we could be the best at publishing the content we were publishing, but at the end of the day, the consumer was going to have a lot of options and they weren’t going to choose us all of the time.”

The other choice, Turpin explained, was that they could look for a business that served the same market, but served them in a different way.

Transformation of a business model

In 2010, Turpin, and David Bradley, owner and chairman of Atlantic Media Company, created an advisory council comprised of 62 organisations including big corporate, small corporate, consultancy and lobbying firms, non-profits, etc., that worked with them for a year to identify challenges these companies had and how National Journal could help.

“We asked them questions like, ‘what’s keeping you up at night about working in Washington?’ and ‘what type of information would be most helpful to you in your current context?’” Turpin explained.

“We wanted to identify different challenges they had that no one was providing a solution for. After we did that, we started thinking on different products we could launch into the market, and then we tested those products with the same group by asking them to grade them. Out of this process came our decision to launch into a different business while keeping some of the traditional elements of the existing business.”

What came out the other side was a National Journal that functioned as a strategic research and advisory set of services aimed at providing this niche audience with intelligence and tools that helped them do their jobs better, he said. In 2011, National Journal launched a new membership business, applying a model like CEB (Corporate Executive Board) to the government affairs space.

“One of the things we found through our market research process was that government affairs executives had some central challenges,” Turpin explained. “We thought we could provide research that could give them solutions to some of those challenges. We launched a membership company for government affairs professionals, that sat next to our existing journalism services.”

Another challenge National Journal identified via their advisory council research was that government affairs professionals’ time management was under pressure. “They not only had to lobby… which is a full time job, but because Washington had entered a period of gridlock, they also were being asked to constantly brief on what was going on,” Turpin said.

National Journal created something they call the Presentation Center, which included 20-30-page slide decks that government affairs professionals could download and use in their own presentations. “And that became very popular because it spoke directly to their time management,” he said. “Now, they didn’t have to build the presentations themselves, they could just come to us and the presentation was already built for them.”

National Journal bundled these two services, and that became their new modus operandi. “We created a premium package that we sought to put all of our subscription customer base into. This package allowed us to raise prices and created a different in kind value proposition from the competitive forces we were seeing,” Turpin said.

Between 2011 and 2015, National Journal’s advertising business was continuing to decline. They launched a website above the paywall, that set beside their subscription website. “That was tough for the journalism staff because we were running both websites with the same staff, so you start having to make choices, is this free or is this going to be paid?” Turpin explained.

National Journal’s membership side of the business was still growing, because they continued to launch new businesses on top of the membership.

In 2013, National Journal launched a premium service called the Policy Brands Roundtable, which surveyed and interviewed Washington organisations and the community at large, which as a product grew revenue between 30 and 50 per cent per year.

And, in 2015, National Journal launched another niche service called Network Science Initiative, the result of challenges they were hearing from the market.

After four years of trying to make both sides work, Turpin said they made the decision to put all of their journalism content behind a paywall, while their sister company, The Atlantic, launched a politics and policy vertical on their consumer focused free website.

National Journal’s flagship weekly print magazine was also closed. This freed National Journal to focus on subscriptions and consulting fees to the two businesses they’d launched within the previous four years. It freed up time, money and effort to focus on different areas.

Pivoting involved hiring on new staff to fit roles focused on fulfilling these new business objectives. Where once National Journal had 100 journalists in 2015, when the bulk of their advertising focused free content business shifted to The Atlantic, National Journal’s journalism operation became smaller.

“We lost certain types of staff skills, but at the same time, we were adding research analysts to work on some of our other products, from the presentation center to our survey products,” Turpin explained. “Probably 70-80 per cent of our staff now are dedicated to products that didn’t exist in 2010.”

At the same time journalism is still a key driver of National Journal’s membership business, but they produce focused content that is very important to the membership, in the form of The National Journal Daily, daily coverage of Congress and the Hotline, the premier U.S. election tip sheet. 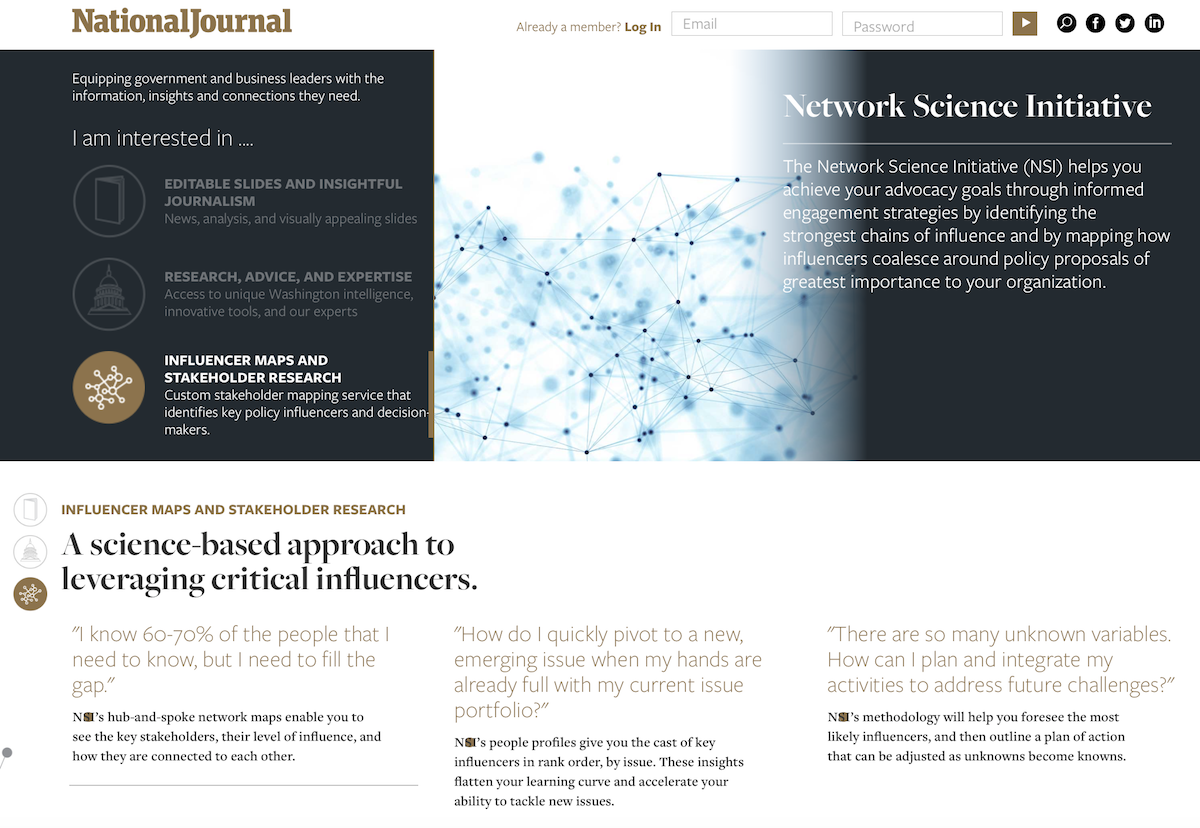 Turpin advises publishers looking to their strengths and looking at different ways to serve their markets, to look to their markets. “Your market will tell you what they need,” he said. “If you start from a place of ‘what do you need,’ and ‘what can I help with?’ they’ll take you to the different type of journalism you need to be doing, or the different products you could be launching that you may be in a unique position to launch.”

By asking questions of your market, of your audience, the answers you get are their top-of-mind challenges, he said. “Too many organisations start with the product in search of the challenge. It is much more beneficial if you start with identifying the problem or challenge,” Turpin said.

In National Journal’s case, “once we knew we got the challenge right, then we let our clients tell us if we got the solution right by their interaction with our proposed product,” Turpin said. “You have to be nimble enough to iterate your product when you may have gotten the solution slightly wrong. Organisations should always seek to improve their products by listening to their audiences feedback on the products usefulness. That is how you stay relevant to a market.”

[Congress speaker Q&A] Prisma Media transformation chief: ‘Nothing will ever be the same again’

How Marie Claire is embracing a more diverse range of voices