The research was carried out between Time Inc. UK and research agency d.fferento/ogy, with a survey of 2,000 18-34 year-olds, and two 2.5 hour co-creation labs in Leeds and London with a total of 30 participants. The research was nationally representative and weighted geographically.

“We set out to look at Millennials and see how they stacked up against the stereotypes,” said Andrew Sanders, commercial director for NPD at Time Inc. UK “ A lot of the perceived information about Millennials is that people see them as being always on digitally, and we found that actually, really large proportion of them who weren’t always on.” 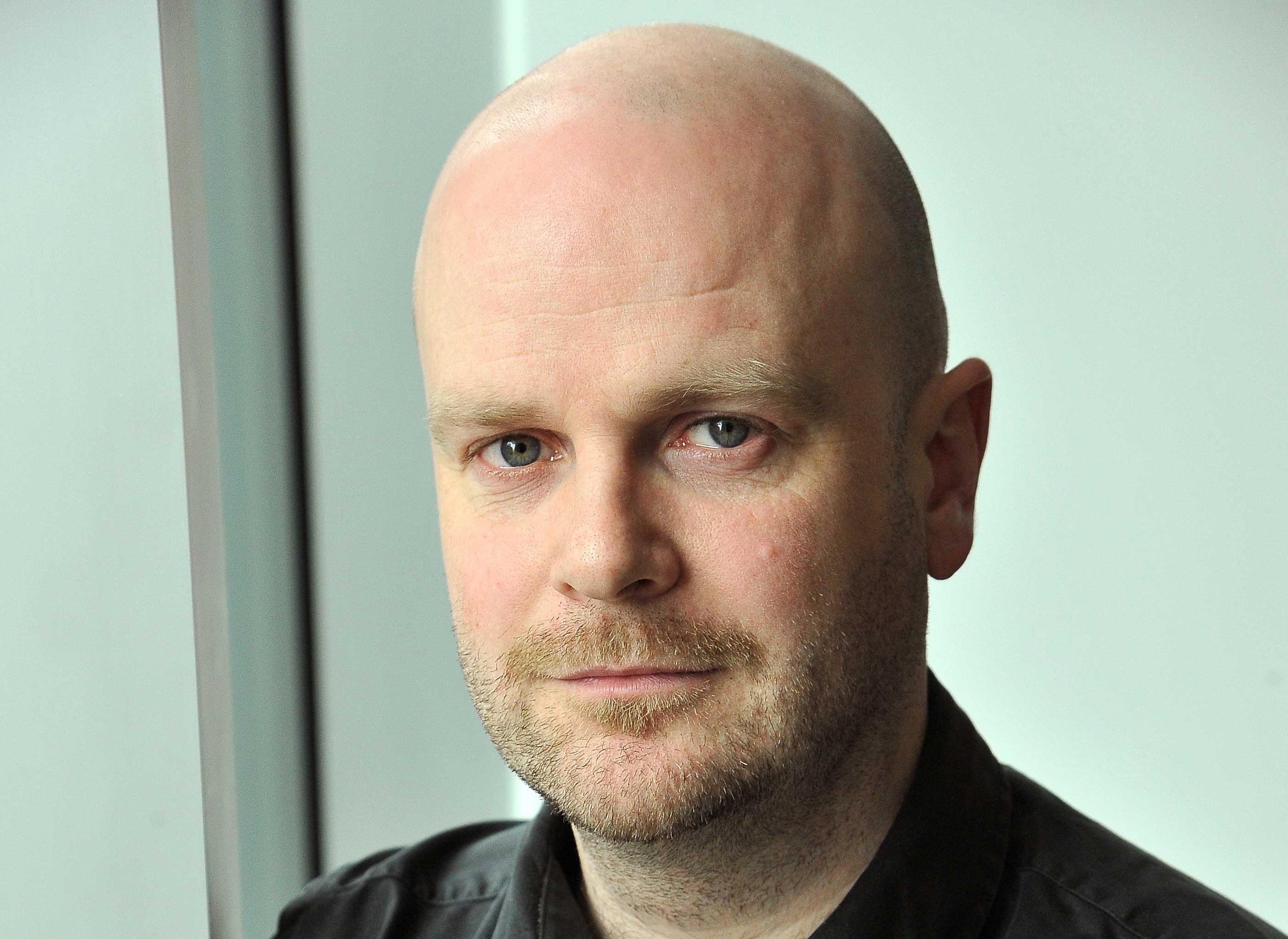 That wasn’t the only interesting thing Sanders and his team discovered.

“There’s this idea that this age group identifies with the idea of being Millennials, and yet we found that 73 per cent that didn’t identify with the term Millennial at all,” he said, adding, “Nearly  nearly 70 per cent of them didn’t like the term, didn’t like being identified as Millennial.”

One of the key findings was that the idea of Millennials as a narcissistic and pessimistic generation doesn’t exist.

“We actually found quite the reverse, that they’re very altruistic and optimistic bunch in the main. Obviously, we have segments across the research that do conform to that stereotype, but the caricature of the urban-dwelling, narcissistic Millennial doesn’t exist,” Sanders said.

Millennials are not one-size-fits-all

Neither are they a homogeneous bunch. The Time Inc. UK research revealed six segments of the generation formerly known as Millennial.

Segments include the Responsible Rebel, who work hard and are career-focused but play hard to keep stress levels low, and the Urban Optimists, who are pleasure seeking, high-income earners who like their information curated by trusted brands.

The Troubled Traditionalists are responsible, rational planners, who prize family and financial security above all. Sofa Surfers, as a population segment, are disinterested, low spenders who don’t pay attention to trends, nor do they like being told what to buy

The research also identifies Hashtag Heroes, who are passionate about everything, interested in a variety of content across platforms, and always connected. In an aside, Sanders said this segment has the nickname “the Lego people,” because everything is awesome.

The sixth segment is the Crowdsourcing Consumers, who are spontaneous, live-in-the-moment types, who spend and socialize frequently, and like discovering things for themselves.

The generation is multifaceted, and incredibly so, according to Sanders.

“I think the reason we’ve often fallen into the trap of dealing with them as a single homogeneous group, is because they’re very adept at co-existence within themselves. What we found was that they were all rejecting that they were mainstream. They were building their own mainstream out of their passions and they’d velcro things on in a constant cycle of discovery.”

Publishers who are aiming at connecting with this audience as a whole have only been hitting the fringes of it.  “People who aim at this group with quirky stuff are not really hitting,” Sanders said. “What we discovered is that if you look at the top five things that matter to them the most, number two is financial security, and this is supposed to be a generation that has rejected money, and number four is career.” 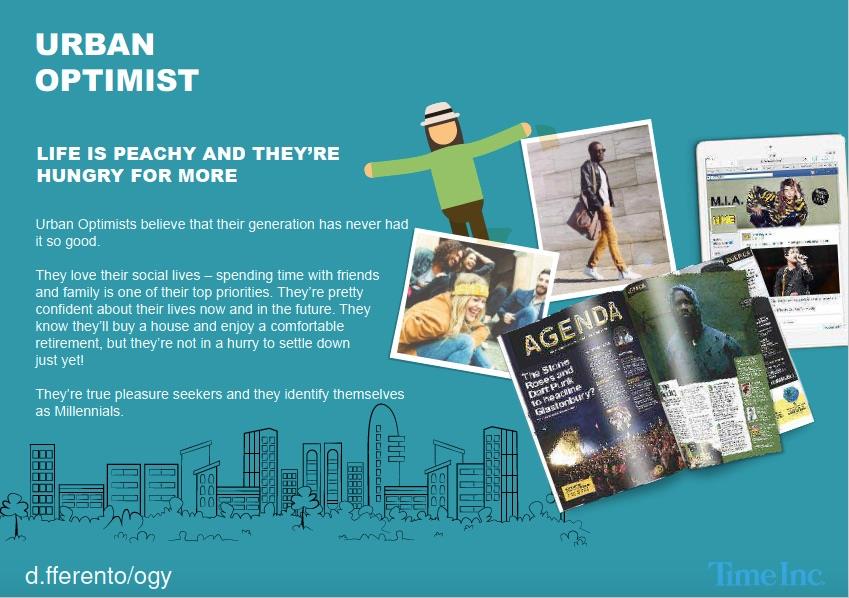 Millennials – whether they define themselves by that term or not – have a desire for community and a physicality around stuff, Sanders said. They reject social media, slightly, insofar as they understand there is a falseness to it.  “Social media is not where they find community, which is why we at Time Inc. UK, we’ve been focusing a lot on experiences.”

The population as a whole are turned off by fake news, and trust traditional media to validate stories they find on social media. Because several segments of the generation are in constant discovery mode, they’re somewhat overwhelmed and look to editors, experts, brands, for guidance on what is credible and cool.

Millennials understand the complexity around messages and they want the authority of a media brand, Sanders said. “And, they trust established media brands far more than they do new digital media brands. So, there’s definitely a lot for us to be able to  be optimistic about.”

Using this insight has helped Time Inc. UK’s NME, LOOK, and Now brands, according to Romano Sidoli, managing director of Time Inc. UK’s Innovation Group.  “In the past 15 months, we have successfully transformed both NME and LOOK by understanding the demands of a very diverse group of 18-34 year-olds,” he said.

How to reach young people formerly known as Millennials

Time Inc. UK also launched “the Stream,” a youth panel to challenge how the generation is perceived. The nationally representative panel will talk to youth about real events, and will allow Time Inc UK to have a constant connection and will inform whether they need to do a deeper dive on a regular basis, or not.

“The world moves too quickly for traditional research timelines, these days,” Sanders said. “We need to retain an amount of agility, and it’s a really nice way for us to have a constant robust dialogue with our audience, that we can top up with the qualitative work that we do, and be able to share that with advertising and international partners.”

For Sanders and Time Inc. UK’s Innovation Group, the fascination with this generation of young people continues, as they try to work out what motivates these people in a way that’s more open, agile and dialogue-based. “I also think the complexity with which they engage with multiple voices across multiple platforms, multiple channels, and the adeptness with which they do that instinctively, is interesting,” Sanders said.

This is where publishers could redefine how they engage with this population.

“It’s about having conversations with them, where they are,” Sanders said.

“Talk to them on their own terms, and in their own way,” he said. “You absolutely need to talk to them in that authentic voice. At their level. And understand, it’s different for each segment. That communication is far more nuanced than a broadcast one-size-fits-all.”