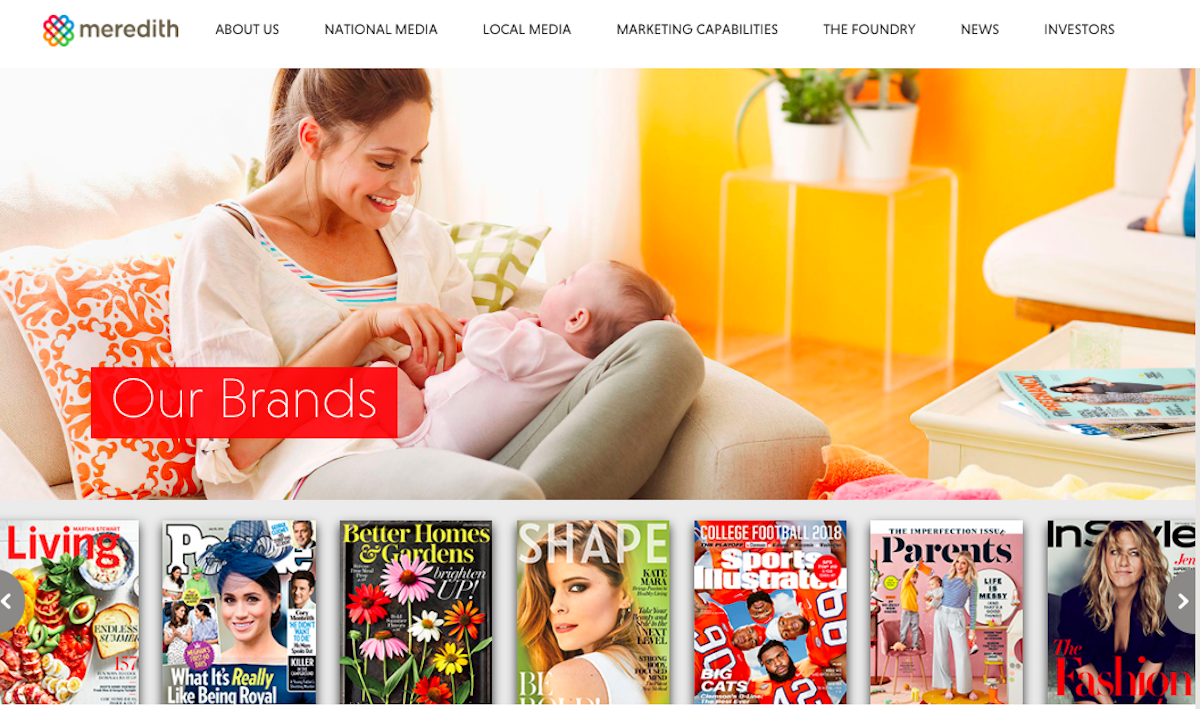 “We are honoured to be the caretakers of one of the world’s most important media companies and iconic brands,” said the Benioffs in a release. “Time has always been a trusted reflection of the state of the world, and reminds us that business is one of the greatest platforms for change.”

In a texted conversation with The New York Times, Benioff, Salesforce founder and co-CEO, discussed why he acquired Time. “I have been speaking with the CEO of Meredith since he bought Time Inc. about all of his assets,” Benioff texted. “I was interested in the potential. They are great assets.”

The billionaire couple bought the media brand personally and the deal is unrelated to Salesforce.com. In an interview with The Wall Street Journal, Benioff said,”We’re investing in a company with tremendous impact on the world, one that is also an incredibly strong business. That’s what we’re looking for when we invest as a family.”

The Benioffs will not be involved in Time operations or decisions, and the brand will continue to be led by its current executive team. As part of the transaction, Meredith will provide short-term business continuity services and has entered into a multi-year agreement with the Benioffs to provide services such as consumer marketing, subscription fulfillment, paper purchasing and printing.

In September, Meredith said it expects to announce agreements to sell former Time Inc. news and sports brands Sports Illustrated, Fortune and Money, in the near future.

It’s been an interesting year for the publishing landscape in the US. A bit of a shakeup, actually, with the mergers of Hearst and Rodale and the acquisition of Time Inc. by Meredith Corporation.

Beginning in November 2017, when Meredith announced it would buy Time Inc. the Des Moines, Iowa-based publishing company has become the largest publisher in the US, with 40 magazines, 50 websites, and 17 television stations.

Meredith won’t comment on the process until agreements have been reached.

However, here is what we’ve been able to glean about the sales and transitions so far:

Last year, Meredith announced in November it would buy Time Inc., in an $1.34 billion all-cash deal backed by the Koch brothers.

Meredith President and COO Tom Harty said the deal was “a transformative transaction,” in a release. The added Time Inc. properties and brands bulked up the company’s publishing assets and made Meredith a powerhouse by adding significant scale, with over 170 million unique monthly visitors in the US, over 10 billion annual video views and nearly $700 million in digital advertising revenues, according to a release.

It expected to diversify revenue and enhance financial strength of the company. “To summarise, we believe this acquisition represents a transformative and financially compelling growth opportunity for Meredith Corporation and will increase shareholder value over time,” Lacy said in a release.

The deal happened with an infusion of $650 million from billionaire brothers Charles and David Koch and their energy and industrial group Koch Equity Development (KED).

This raised questions about the Koch’s interest, according to several news sources.

Meredith became a “red-hot center of media attention,” faced a lot of media scrutiny having made the deal with the Kochs, the New York Times wrote. However, Meredith said KED will not have a seat on the Meredith Board and will have no influence on Meredith’s editorial or managerial operations.

There was also speculation at the Time Inc. camp, specifically around the Koch connection and anxiety around the company’s future. “The Koch concern has been particularly pronounced at Time,” wrote media reporter Joe Pompeo for Vanity Fair, adding, “…there’s a sense within the halls of 225 Liberty Street in Lower Manhattan that the Meredith-Koch acquisition could very well be preferable to plodding along, low stock price and declining legacy revenues in tow, toward a tough turnaround.”

At the time, Time Inc. had already been exploring the sale of several of its titles. In July 2017, Time Inc.’s Rich Battista told Bloomberg that the company was looking to sell Coastal Living, Sunset and Golf, as well as a majority stake in Essence. “It’s really important to focus on the key biggest growth drivers of this company that will move the needle the most,” he said. “These are wonderful titles and wonderful brands. They’re just relatively smaller in our portfolio.”

Sunset, Time Inc.’s modern American West lifestyle brand, was sold in December to a Los Angeles-based private equity firm called Regent, led by investor Michael Reinstein. “As a native Californian, I am honoured to take the mantle as the fourth owner of this iconic and beloved institution,” Reinstein said in a release. “We are excited to partner with Sunset’s talented editor-in-chief Irene Edwards and her accomplished team to ensure that Sunset continues to thrive for generations to come.”

Essence, the monthly African-American women’s lifestyle magazine and its parent brand were purchased by Richelieu Dennis, the founder of hair- and skin-care products maker Sundial Brands, in early January 2018 for an undisclosed sum.

Golf magazine and Golf.com were sold a couple of months later, in February 2018, to banking mogul Howard Milstein. “We look forward to continuing Golf magazine’s long history of editorial excellence, both in its print edition and through its website and other offerings,” Milstein said in a release.

Not too long after the completion of the acquisition Meredith embarked on a larger integration strategy.

Outlined in a press release, the strategy centered on four major initiatives:

1) Conduct a portfolio review of all its media assets and divest those not core to its business;

2) Improve advertising and circulation performance of the Time Inc. properties to industry norms;

After a portfolio review, to “divest those not core to its business,” Meredith decided to sell Time, Sports Illustrated, Fortune and Money, according to Reuters.

“We have completed our portfolio review and decided to explore the sale of the Time, Sports Illustrated, Fortune, and Money brands,” Meredith president and CEO Tom Harty said in a release. “These are attractive properties with strong consumer reach. However, they have different target audiences and advertising bases, and we believe each brand is better suited for success with a new owner.”

In the same press release, the company also announced part of its plan to realise $400 to $500 million of cost synergies from the Time Inc. acquisition.

That month, Meredith also completed the sale of Time Inc. UK to private equity firm Epiris Fund II, which Time Inc. had been in the process of selling when it was acquired. 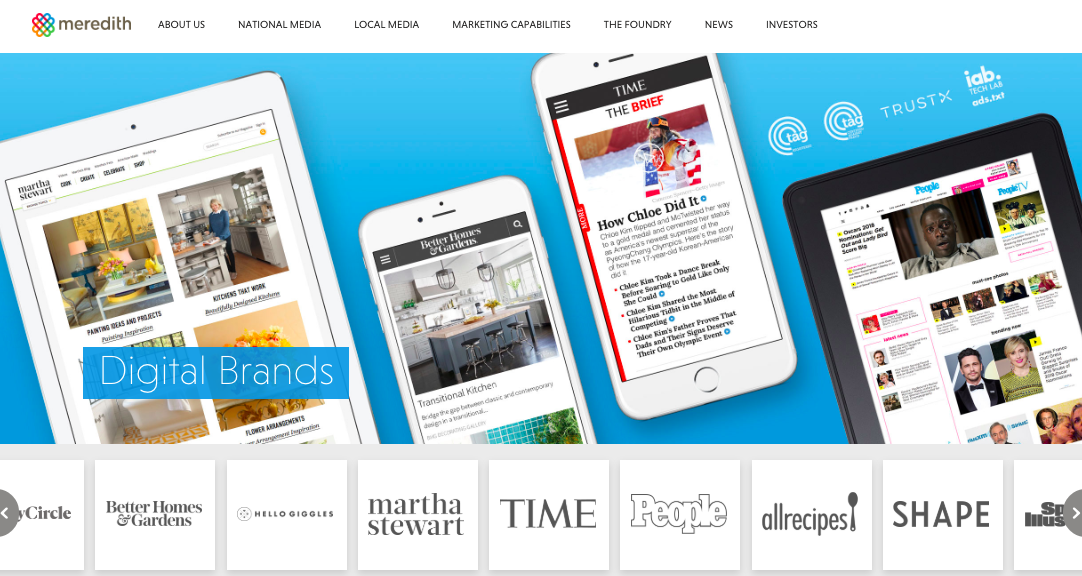 In May, Time Inc. UK shut down InStyle UK’s website less than 18 months after it went digital only. “As a result of Time Inc.’s new ownership, the company has decided it will not be continuing with the InStyle UK license,” FIPP reported. It also shuttered fashion brand Look magazine after 11 years in print.

In early June, Time Inc. UK, with a 165-year heritage and media portfolio of more than 50 brands including Country Life, Woman’s Weekly and Wallpaper, announced a new name and a new logo, voted on by staff. The company rebranded as “TI Media.”

“The news follows the company’s acquisition by private equity firm Epiris LLP from Meredith Corporation in March 2018, with the new name taking effect from Monday 11 June 2018. “While we wanted our new name to speak to that successful past – with the T of Time Inc. and the I of IPC – we also wanted it to be adaptable to suit the ways we will evolve and look to extend that success under our new ownership,” said Marcus Rich, Time Inc. UK CEO.

In June, Meredith was on track to close the sales of the additional Time Inc. titles including Time, Sports Illustrated, Fortune and Money by fall, and final rounds of bids by the end of month. “We’re very confident that these brands are going to find very good homes,” Doug Olson, president of Meredith Magazines, told Adweek.

The magazine brands that Meredith chose to keep, like People and Food&Wine, are more closely aligned with its own portfolio, which consists largely of lifestyle and entertainment brands.

In a March interview with  Mr. Magazine, Samir Husni, Entertainment Weekly editors were “laying to rest any of those rumored fears about Meredith selling EW and dampening bright horizons.” Henry Goldblatt, editor-in-chief of Entertainment Weekly, said “I feel very confident about our future and I’m psyched to be a part of the Meredith family.”

“For over 90 years, Time has been at the forefront of the most significant events and impactful stories that shape our global conversation. We know TIME will continue to succeed and is in good hands with the Benioffs,” Meredith President and CEO Tom Harty said in a release.

Meredith also said it expected to announce agreements for the remaining asset sales in the near future.