Facebook upped the ante with Instant Articles, a mobile-focused offering launched this May and expanded with full roll-out to iPhone in the last few weeks, which offers 10x faster-loading pages to media companies who agree to publish directly to the social network. 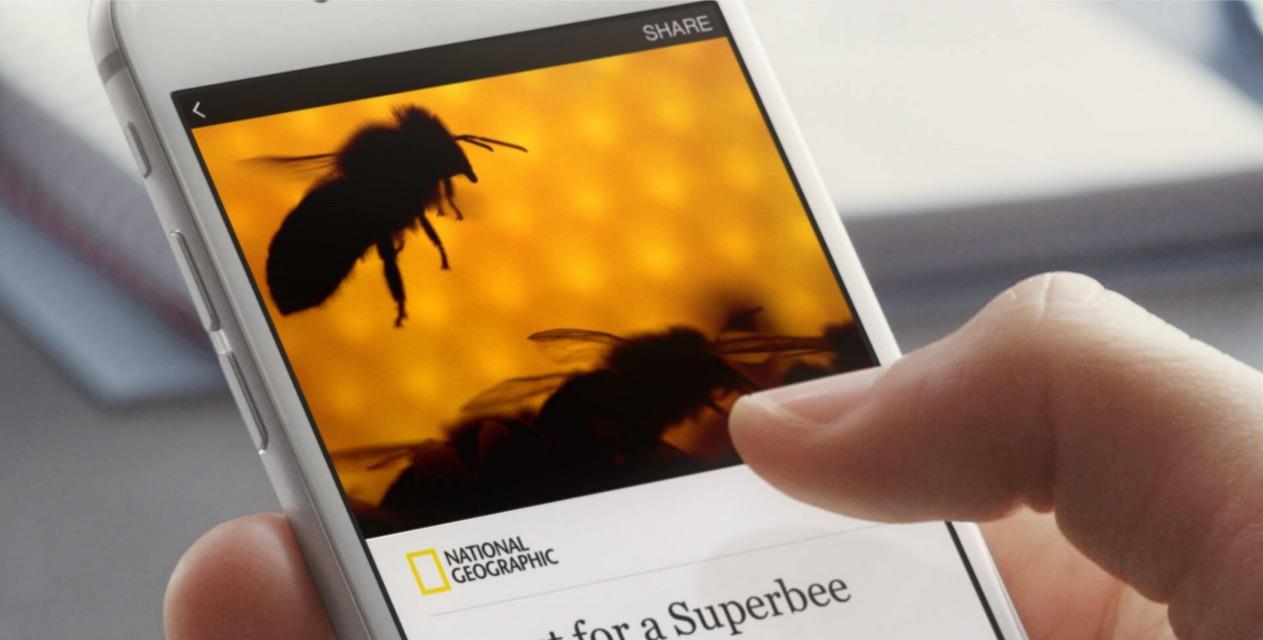 “The first thing we’re seeing is that people are more likely to share [Instant Articles], compared to articles on the mobile Web, because they load faster… [so] people are getting to the content immediately,” Michael Reckhow, product manager for Instant Articles, told the Nieman Journalism Lab.

A stable of publisher partners that started with The New York Times, the Guardian and the BBC has gradually broadened to include Time Inc. properties, The Washington Post, Mashable, Vox and more.

The terms of the deal allow publishers to either sell their own ads and keep all of the proceeds or have Facebook sell the ads and keep 70 per cent of the revenue. Publishers can send as few or as many of their stories to the network as they wish. The New York Times started by publishing up to 30 articles a day through the feature, while The Washington Post went all in, sending 100 per cent of its content to Facebook.

Other walled gardens also grew this summer. Apple announced its own media offering, a news app curated by human editors. Snapchat announced a platform called Discover, and Twitter launched one called Moments. All are worthy of publisher exploration, but all pale next to the seismic impact of heavyweight Facebook’s Instant Articles.

The case for partnering with Facebook is ‘go with the flow’. Young users don’t go to websites often, instead getting much of their news and entertainment via their social media feeds. So opening this channel is key to maximizing readership – especially new/future readers, brand awareness and advertising revenue.

‘We want to reach current and future readers on all platforms, and we aren’t holding anything back,’ Washington Post publisher Fred Ryan said in a statement. ‘The Post has seen explosive growth in readership over the past year… [and] working with partners like Facebook allows us to further attract and engage those readers.’

However the potential pitfalls are worthy of consideration. Open-Web advocates make clear that these kinds of deals cede control of the internet to a few large platforms. Too often they’re not focused on the best interests of journalism and delivering news, instead guiding readers with ever-shifting algorithms adjusted to maximize revenue. It puts the content to work increasing the power of these channels and strengthening their tie to consumers, who see articles more as something they read on Facebook than as content originating from the publishers. This risks long-term attrition to publisher brands.

Of course, for publications with their own walled gardens in the form of paywall models, handing over content to Facebook or others means they are in essence competing with themselves. Some like The New York Times appear to have decided that the trade-off is worth it, at least during this period of experimentation, but others remain wary.

Meanwhile, on the broader digital battlefield, the launch of Instant Articles represented a two-pronged threat to the other Goliath, Google: it attacked their advertising base, the bedrock of the company’s business, while reducing the amount of valuable Web content Google can crawl and search (due to the protective walls of the garden). Apple News represents a similar type of threat to Google.

Google struck back this month with its own gambit to speed up mobile Web browsing with AMP. Their solution is an open-source project that helps publishers by streamlining webpage display using a common library of code. This lightens the publisher’s programming burden and allows smart caching of data to enable faster page loads (less than half a second for pages from the New York Times).

Excitement about AMP is based in its potential to help publishers move past slow-loading pages, which users hate, without tying them to a walled garden like Facebook, Apple and the rest.

Critics like Josh Benton of the Nieman Journalism Lab point to gaps in the initial spec, including the inability to use JavaScript-based tracking or analytics with AMP, preventing publishers from obtaining user information and nullifying popular ad formats. He sees AMP as another step toward disempowering publishers, as tech companies set the rules.

But asked if publishers should still look into AMP, Benton is encouraging because it solves a speed and usability problem that publishers have so far been incapable of solving on their own.

This judicious ‘test and learn’ approach also serves as a good strategy as publishers consider options across the broader space, mixing bold experimentation with a careful tally of results against risks.

Google AMP is good for mobile web users – but what about publishers?