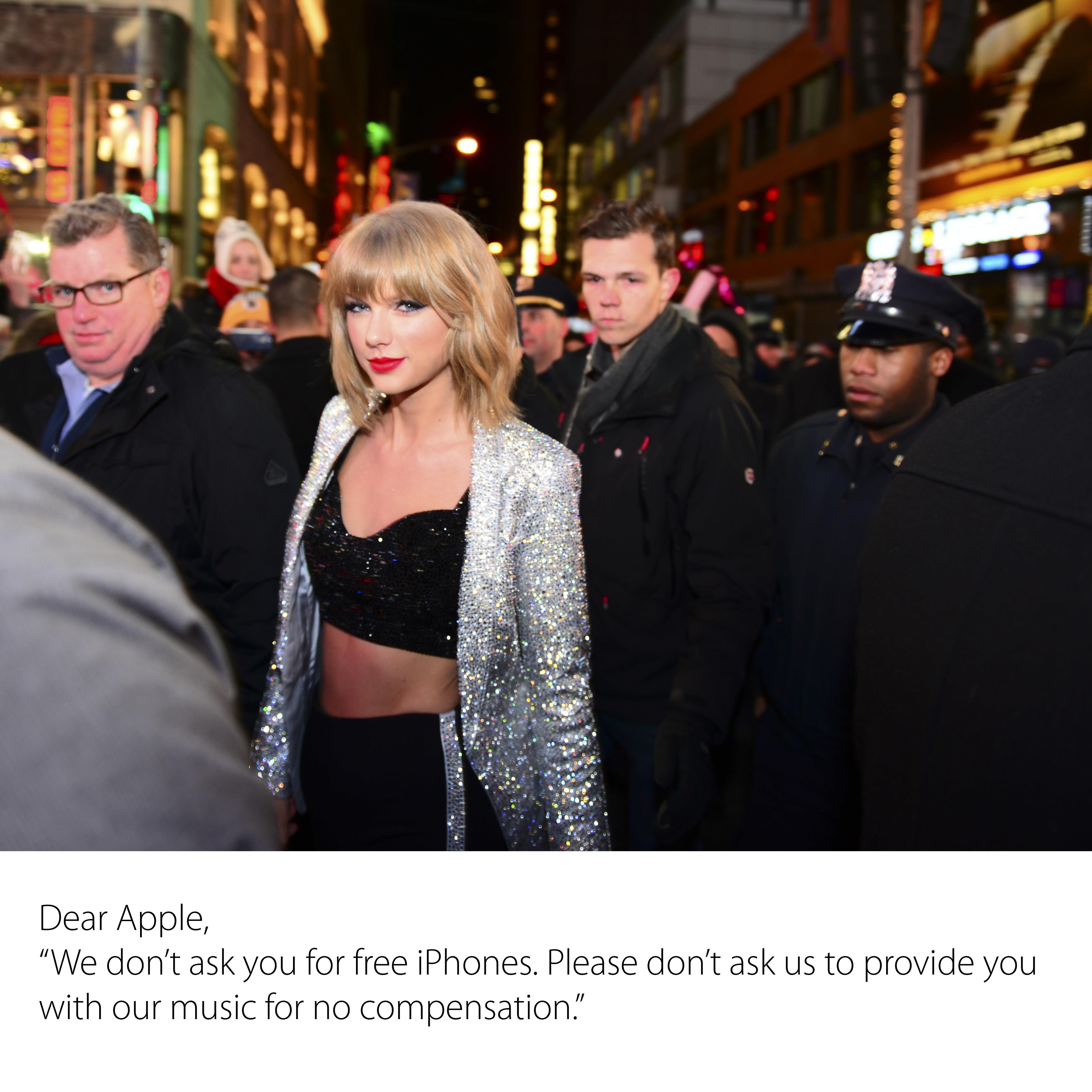 After writing a compelling argument why artists should be paid for their music, Swift single handily forced the seemingly omnipotent Apple to do an about face and compensate artists in its new music-streaming service. That bold move didn’t just help bolster her bank account, but those of all the struggling independents that don’t have the resources or power to take on the tech giant alone.

After witnessing what the determined diva was able to accomplish, I couldn’t help but draw parallels with the publishing industry and the clout their content should be carrying into the distributor + publisher tug-of-war over compensation for themselves and their journalists.

It’s hard to argue that compensating journalists in our digital universe where consumers are less inclined to pay for content is a huge challenge.  And for readers who will pay, the value they place on the content they consume is pretty miniscule. 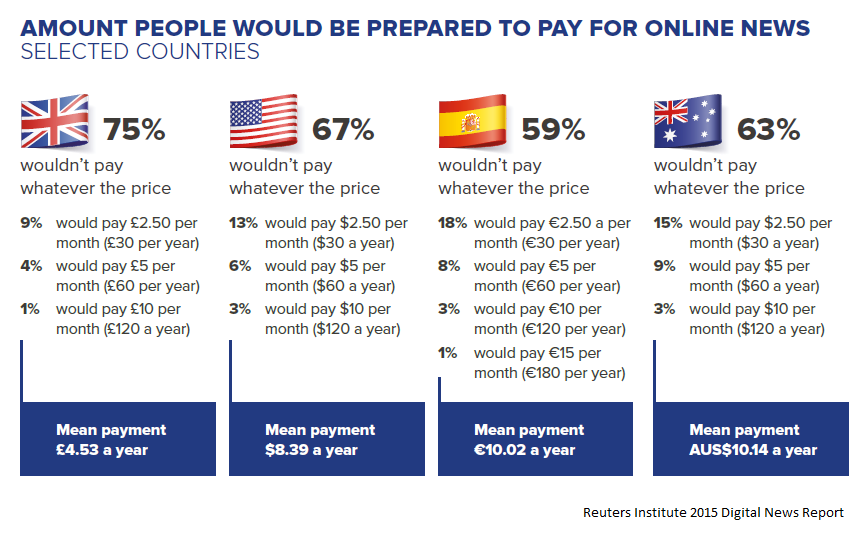 This trend isn’t new; music went through the same digital disruption in 2005 when iTunes hit the mobile airways. In its stubbornness not to give listeners what they wanted, the music industry gave birth to Napster, then iTunes and Spotify — consumer-savvy services that gave consumers what they wanted – convenience (i.e. choice and aggregation) at the right price (~9.95/month)

Next to get a financial buzz cut was the video industry which faced the loss of viewers to Torrent when their pricing models failed to pacify viewers who were looking for a more affordable media consumption solution. Netflix jumped on the opportunity, cannibalising its own DVD rental division to serve up affordable streaming video (US$7.99/month) to millions of consumers BlockBuster failed to satisfy.

Not immune to the piracy issues that pained the music and video industries, Adobe and Microsoft both switched to subscription models for their flagship software products in their attempts to win back revenues. The results were the same – they had to lower their pricing to reach consensus with users.

So it’s not surprising that magazine publishers are also feeling the same pressure to lower their pricing to gain more readers. Subscriptions at $30/month are not sustainable in this digital age, but what is the right price that consumers will pay?

Relatively new industry players who have focused purely on the all-you-can-read aggregated magazine service are betting on $7 – $15 per month.

Are these models working? Not so much!

Digital edition app subscribers make up less than four per cent of the total magazine circulation, and the adoption rate of those apps is starting to fade. 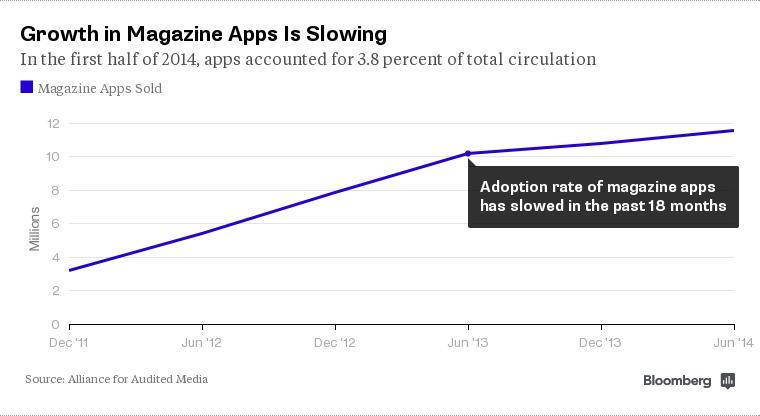 But the news isn’t all bad

Driven by growth in mobile web usage and video consumption, the total US audience for magazine content increased 10 per cent to 1.48 billion readers in August 2014.

And according to PWC, after five years of decline, total consumer magazine revenues are expected to see some growth starting in 2016.

While one can’t call the predicted increase in revenues a surge, the future is starting to look a bit brighter given millennials’ appetite for magazine content, which unlike newspapers, includes highly-valued glossy advertising. 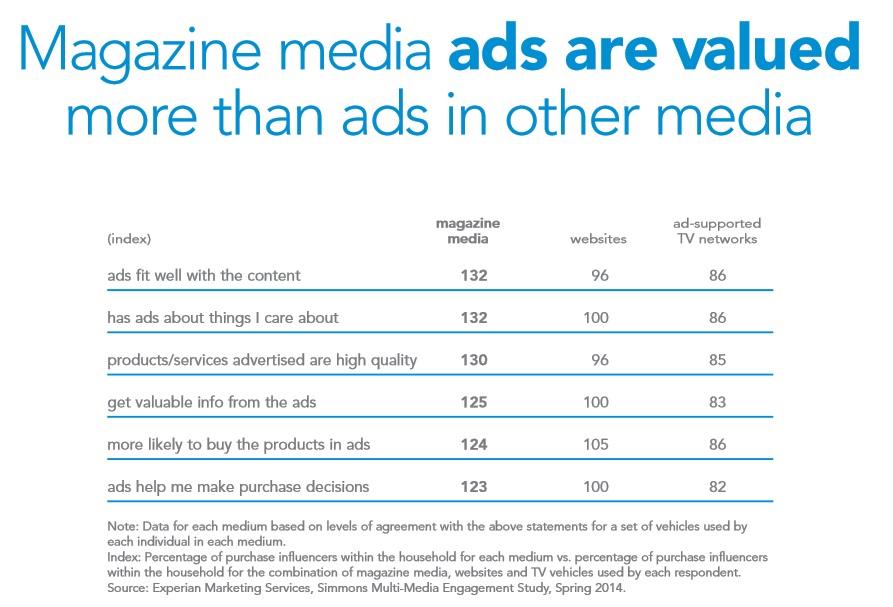 But how does one take a blip in the revenue radar and turn it into a boost?

While subscription revenues are hard to come by and tougher to sustain, there are a number of alternative revenue generating solutions that can help bolster a magazine’s bottom line. Here are just a few…

Every content aggregator promises publishers a global distribution solution simply because the service is online. But the Internet is a highly competitive space where content is like a needle in a haystack – difficult to discover (especially if it’s a flat PDF-like replica) unless the searcher is specifically “brand hunting.”

Reaching a massive paying audience publishers can’t easily reach on their own is a big task when one looks at individual readers.  But it isn’t difficult if that audience includes thousands of businesses (e.g. hotel chains, cruise ships, airlines, libraries, cafés and restaurants) that are looking to sponsor access to magazine content for their guests, passengers and patrons. 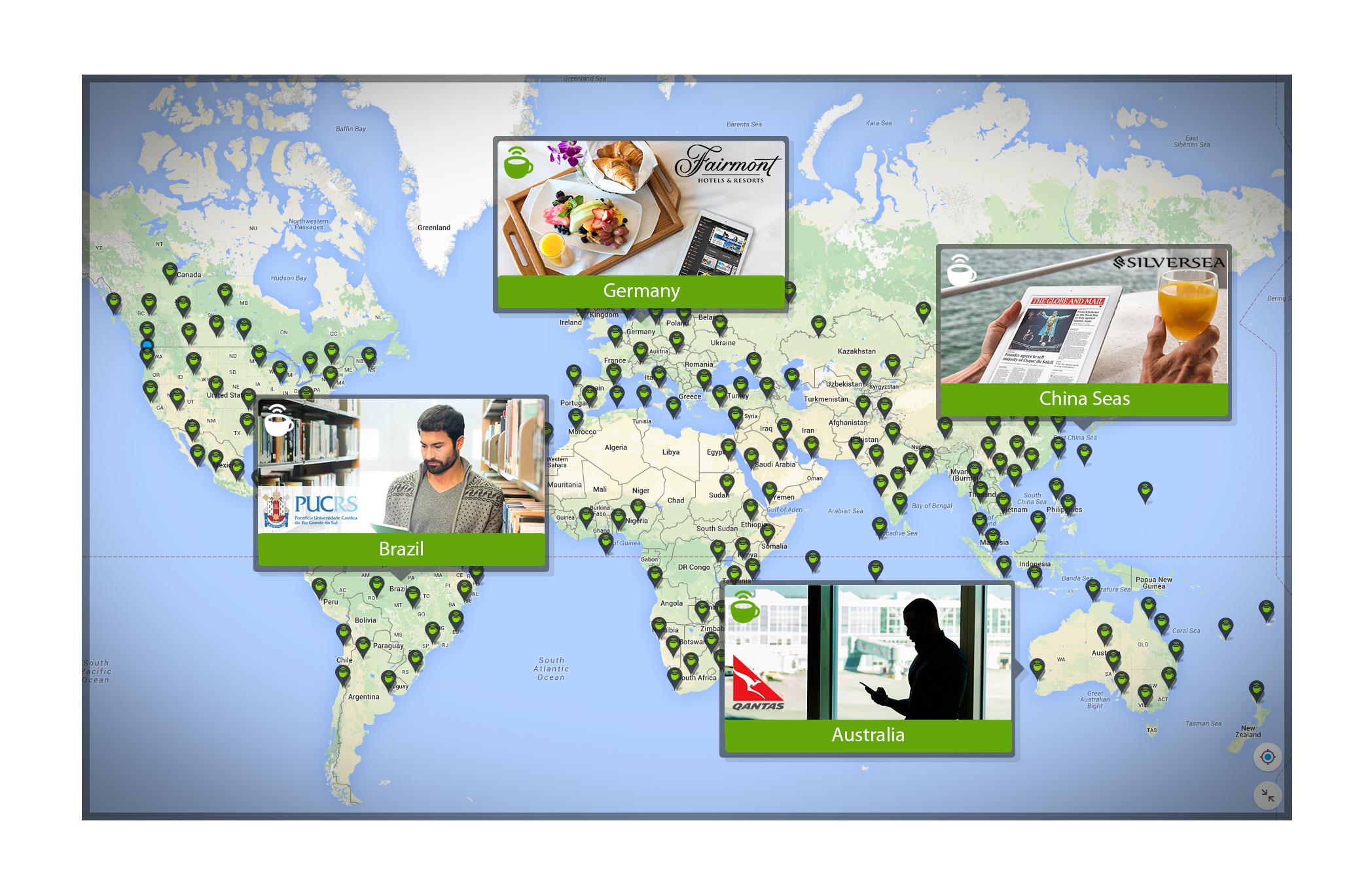 Besides the extra circulation revenues, the possibilities of cross-promotional advertising with these businesses is significant. Imagine trading in-hotel promotion of your titles in exchange for in-pub ads? It’s not a pipedream; many consumer-centric businesses are looking for ways to do exactly that.

Just as businesses are sponsoring access to publishers’ content onsite, major advertising brands are also interested in sponsoring issues of magazines within aggregated apps. It doesn’t take much imagination to see how a premium brand might want to sponsor access to the first 50,000 copies of an issue of a popular fashion magazine in which they also advertise. 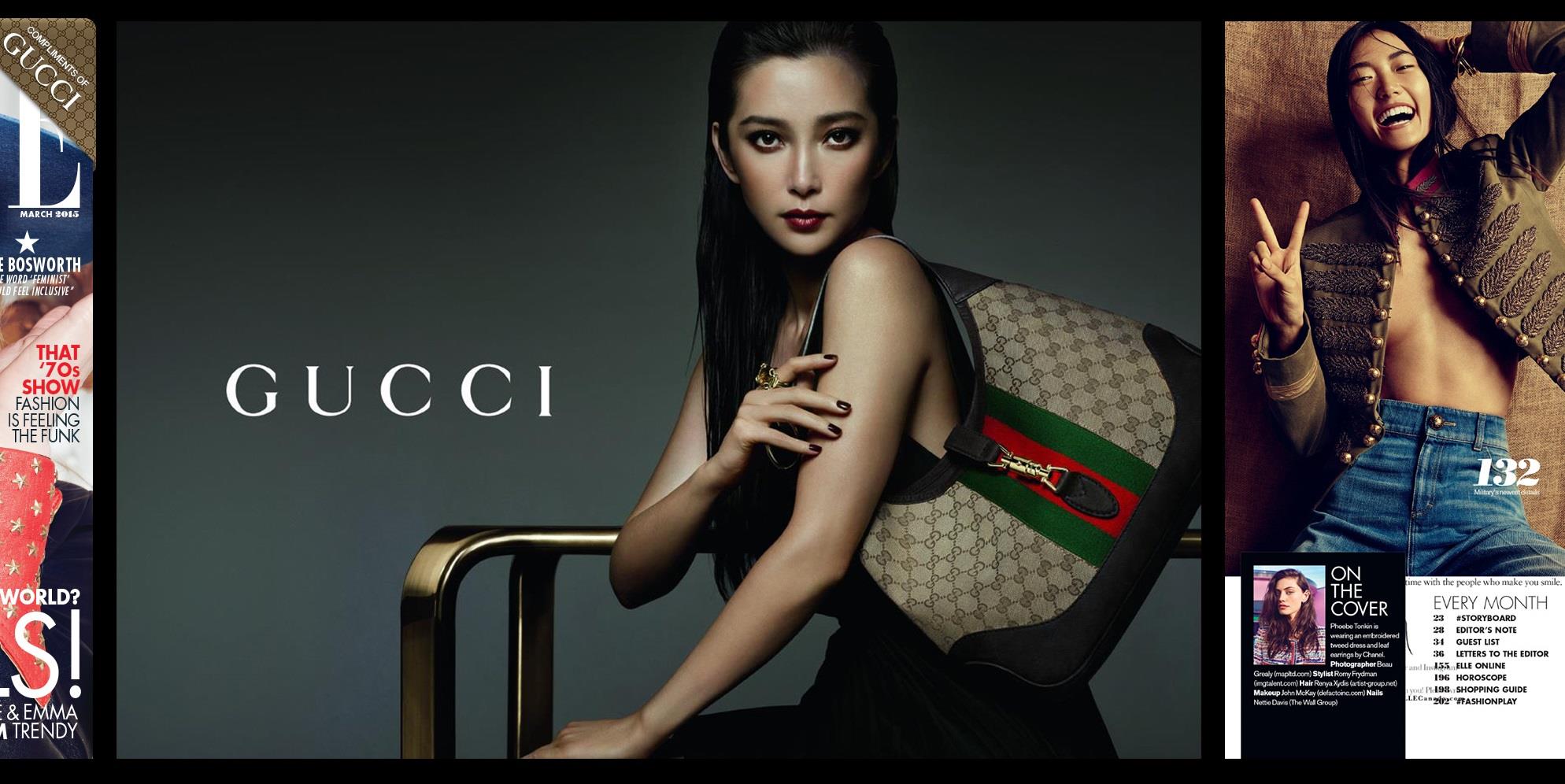 • Contextual ads based on keywords often result in inappropriate results

• Ads are unpredictable and not sharable because they are always changing

But custom advertising solutions native to their platforms (i.e. Google, Facebook and Twitter) have been successful because they capitalise on massive amounts of audience data (e.g. behavioural analytics, demographics, interests, etc.).

On a global scale, ad spend on social networks grew 41 per cent totalling over $15.3bn. Facebook accounted for 75 per cent of that windfall; eight per cent went to Twitter. 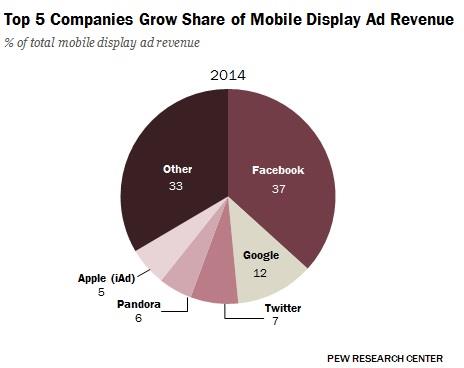 Facebook’s dominance in the mobile ad space is one of the key reasons why magazine publishers like The Atlantic are following in the footsteps of The New York Times and betting on bedding their newest “frenemie”.

But wagering on Facebook is a high risk game, which is why publishers should consider other monetisation options – options such as Flurry (recently acquired by Yahoo) and Tapjoy.

Using predictive analytics, user segmentation and data science, these advertising platforms target the growing population of millennials who refuse to pay for content, but are open to engaging with interactive advertising that pays them back through points they can redeem to access the content or other benefits for free. 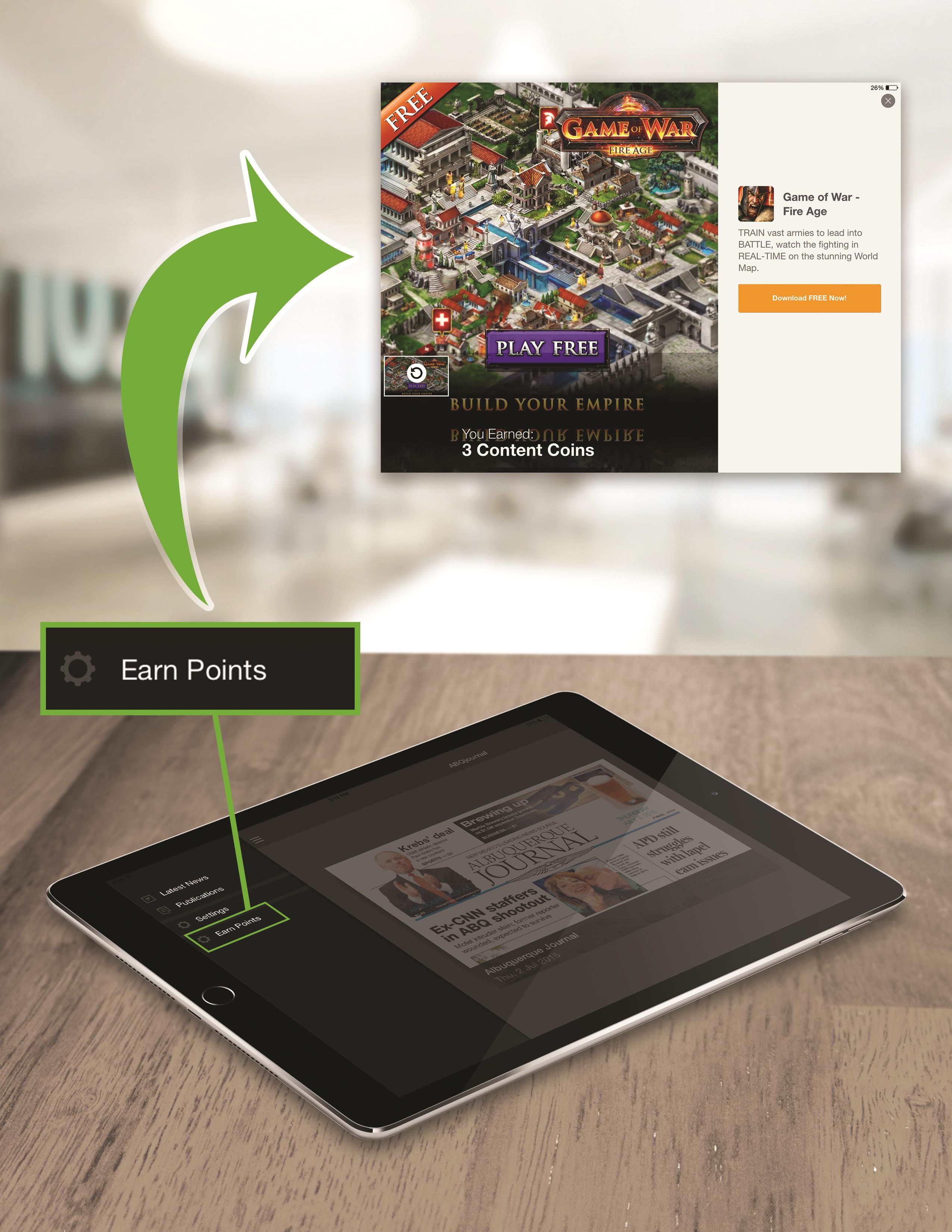 It’s a win-win-win for the publisher, consumer and advertisers.

Experiment for the future

During the publishing perils of the last decade, the salaries of journalists in the USA haven’t even kept up with inflation.

Having always believed that journalists should be paid more for the content they create and that publishers should be demanding what they think that content is worth from distributors, it boggles my mind that the likes of Google, Facebook, LinkedIn and now Apple think that hard-earned content should be theirs for the taking.

But while the struggles to monetise content continue to keep journalists and their editors awake at night, there is little doubt that the opportunities to prosper in this new digital media era are huge.  If the industry is dying as it’s been rumoured for years, why are Apple, Google, LinkedIn, Twitter, Facebook and Instagram all making such bold attempts to become media moguls themselves?

The titans of tech already personalise newsfeeds for a massive global audience and they’ve learned how to make money reaping what publishers and journalists sow. They may not have the wealth of content they need to own the industry (yet), but if magazine executives start handing over their most precious asset to the Facebooks of the world, they may find themselves with nothing left to monetise.

The leaders in the magazine industry must be bold and fight for fair compensation for their content and continually experiment with new monetisation strategies to maximise the revenue potential for themselves, their writers and advertisers.