According to data by eMarketer, the global mobile advertising market will surpass $100bn in spending in 2016. Based on their estimates it will account for more than 50 per cent of all digital ad expenditures for the first time. 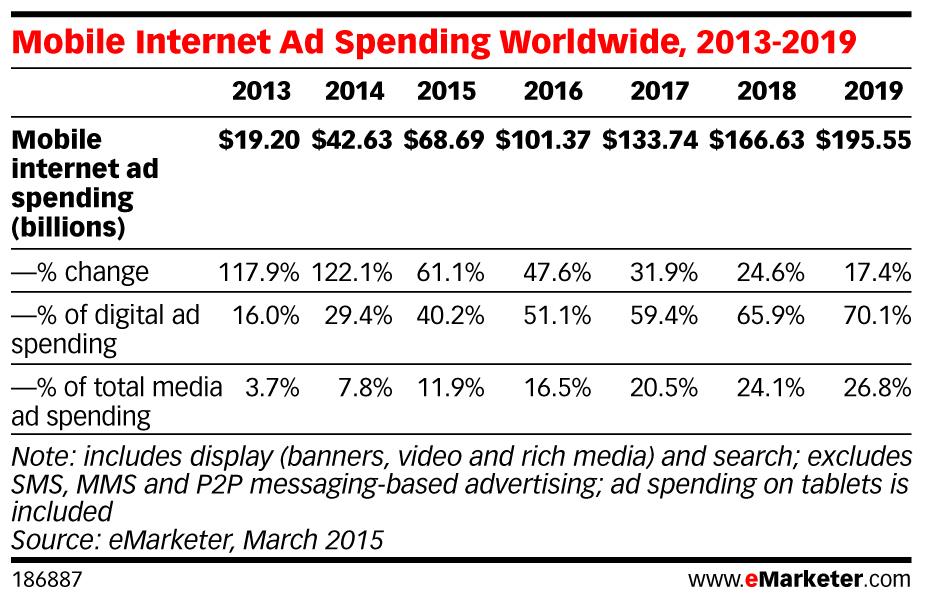 Samsung and Axel Springer have announced a strategic partnership ahead of the IFA consumer electronics conference in Berlin with a focus on “the development of new digital media services for European consumers,” with one limitation: they need to be customers of the South Korean multinational technology company. Mobile news aggregator upday by Symphony Media GmbH & Co. KG will be the first product resulting out of this partnership. For the beta test upday will focus on Axel Springer’s core markets Germany and Poland with an expected rollout in other European markets in early 2016.

Similar to Facebook Instant Articles or Apple News, upday won’t operate behind a content walled garden, which publishes only content from Axel Springer’s publications. Instead it plans to aggregate content from other publishers and bloggers alike, as a company spokeswoman told TechCrunch. We can also expect that upday will probably manage the advertising on its platform in a similar way like the two big US players, while dominating access to a selected client base.

The offer for its users sounds compelling. Its news service will contextualise its content by combining ‘Need to Know’ information relevant in a local context and ‘Want to Know’ information, powered by an algorithm-based service based on customers’ individual interests.

But why offer such a service for Samsung’s customers exclusively?

Mobile is growing, no doubt. Take a look at the latest figures from some of the leading news publishers in the UK. 60-70 per cent of their audiences access their sites already via mobile devices. The pressure on publishers to have a mobile strategy in place is high. With the maturation of the market, the rise of users’ expectations goes hand in hand, but not their willingness to install more apps. While the offer side, the number of apps, exploded on the app stores, the amount of apps people are finally using hasn’t changed much over the past few years as a recent report from BI Intelligence revealed. The report states that over half of the mobile time is spent in an individuals’ two most frequent used apps. Not very encouraging for publishers, who try to figure out ways to make their mobile offerings outstanding in an already crowded marketplace.

To make things worse, another earlier study showed that anywhere from 80 to 90 per cent of all downloaded apps do not survive the first usage experience of their users. Facing a short lifespan, publishers are forced to put a lot of effort in getting people to recognise their mobile market offerings in the stores of Apple and Google. No wonder, that a preinstalled version of upday on a Samsung Galaxy device is just a fit occasion.

The mobile market will be dominated by those companies, which succeed in the battle for attention, or in other words, which survive the first usage experience, who make it on the hot list of users and which also have control over the distribution channel and therefore advertising revenues. Enough reason for Axel Springer to invest in such an endeavour and to fill the executive positions with masterminds from within its own ranks.

Axel Springer’s Hans Hamer: This is how Auto Bild stays front of the grid